This 8 March 2020 video from the USA says about itself:

Bernie Sanders talked about his policies and had harsh words for President Donald Trump during a rally in Grand Rapids on March 8, 2020, just two days before Michigan’s presidential primary.

Sanders still enjoys popular support among layers of the working class and youth and drew thousands of attendees to rallies staged in Illinois and Michigan over the weekend. Since Friday, an estimated 6,000 attended a rally in Detroit, over 10,000 in Chicago, at least 4,000 in Grand Rapids in western Michigan, 10,000 in Ann Arbor, the home of the University of Michigan, and roughly 1,000 in the Detroit suburb of Dearborn. …

Reporters from the WSWS spoke to attendees at the rallies in Detroit and Grand Rapids. … Many attendees expressed anxiety and nervousness over the prospects that Biden could soon be the Democratic nominee, with some saying they would leave the party were he to become the candidate. Those our reporters spoke with expressed support for internationalism, opposition to imperialist war …

In Detroit, Victor told the WSWS: “I am considering a vote for Bernie Sanders because of the conditions now facing young people and students in this country. The situation is becoming more and more intolerable on many levels, be it a lack of decent jobs, access to college, police brutality and war. It will be interesting to see what happens at the end of this primary.” 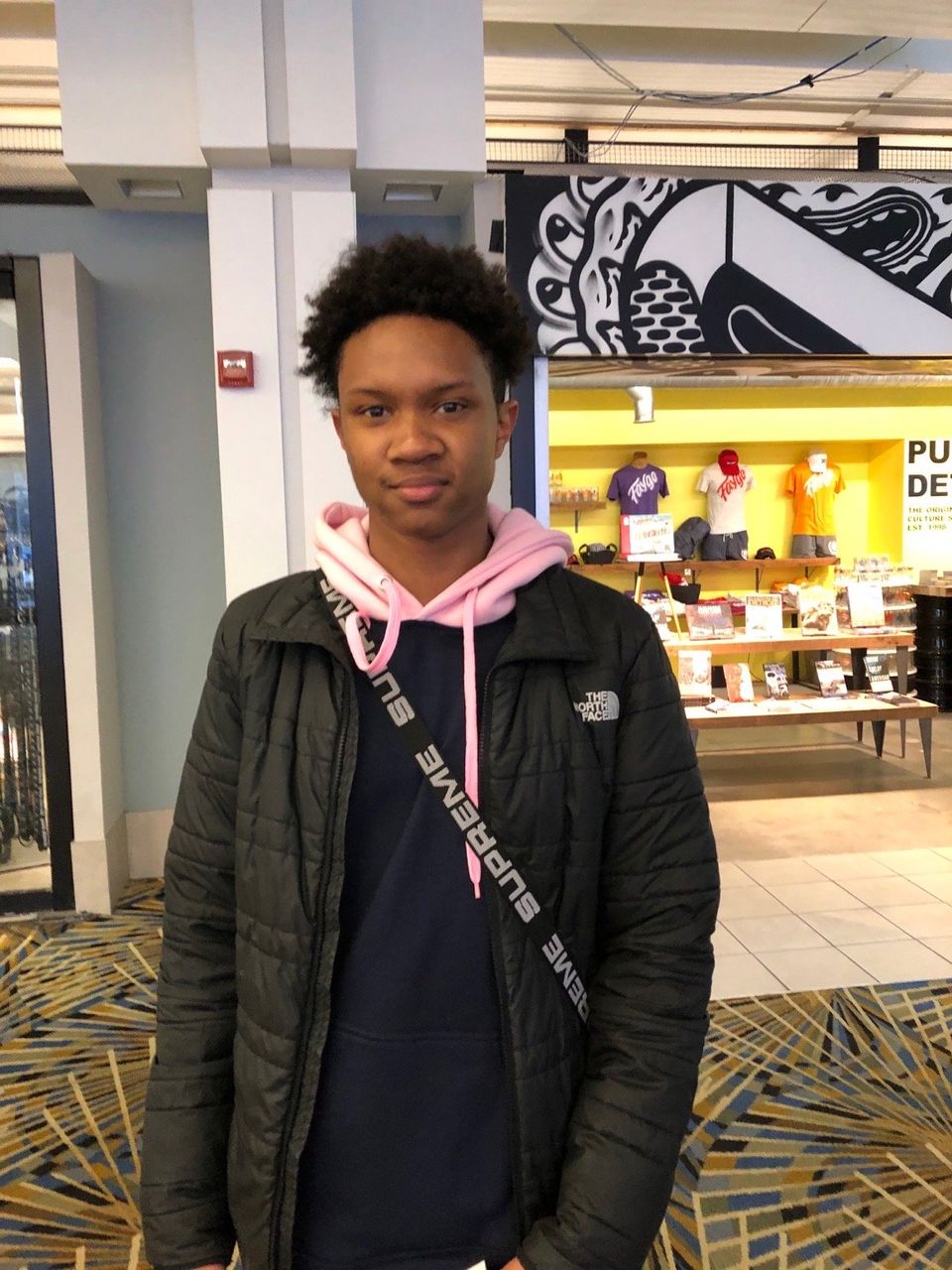 Victor added: “A lot of young people like me are getting more involved not because they support the Democratic Party per se, but because they want to see a movement to change things.” Commenting on the way that race is now being injected in the campaign behind Biden, Victor stated that the main issue was social conditions: “Yes, you have different groups of people, but what unites us is that we all face similar social problems.”

Olivia, a 20-year-old model from Michigan, came with her friends Sydney, 19 a production assistant in the film industry, and Arsinee, 18, who works at a boutique. Olivia told our reporters, “Capitalism just doesn’t work. We want socialism! The rich and the wealthy, the government, they want to keep the working class divided along racial and ethnic lines to keep all of the money to themselves.” 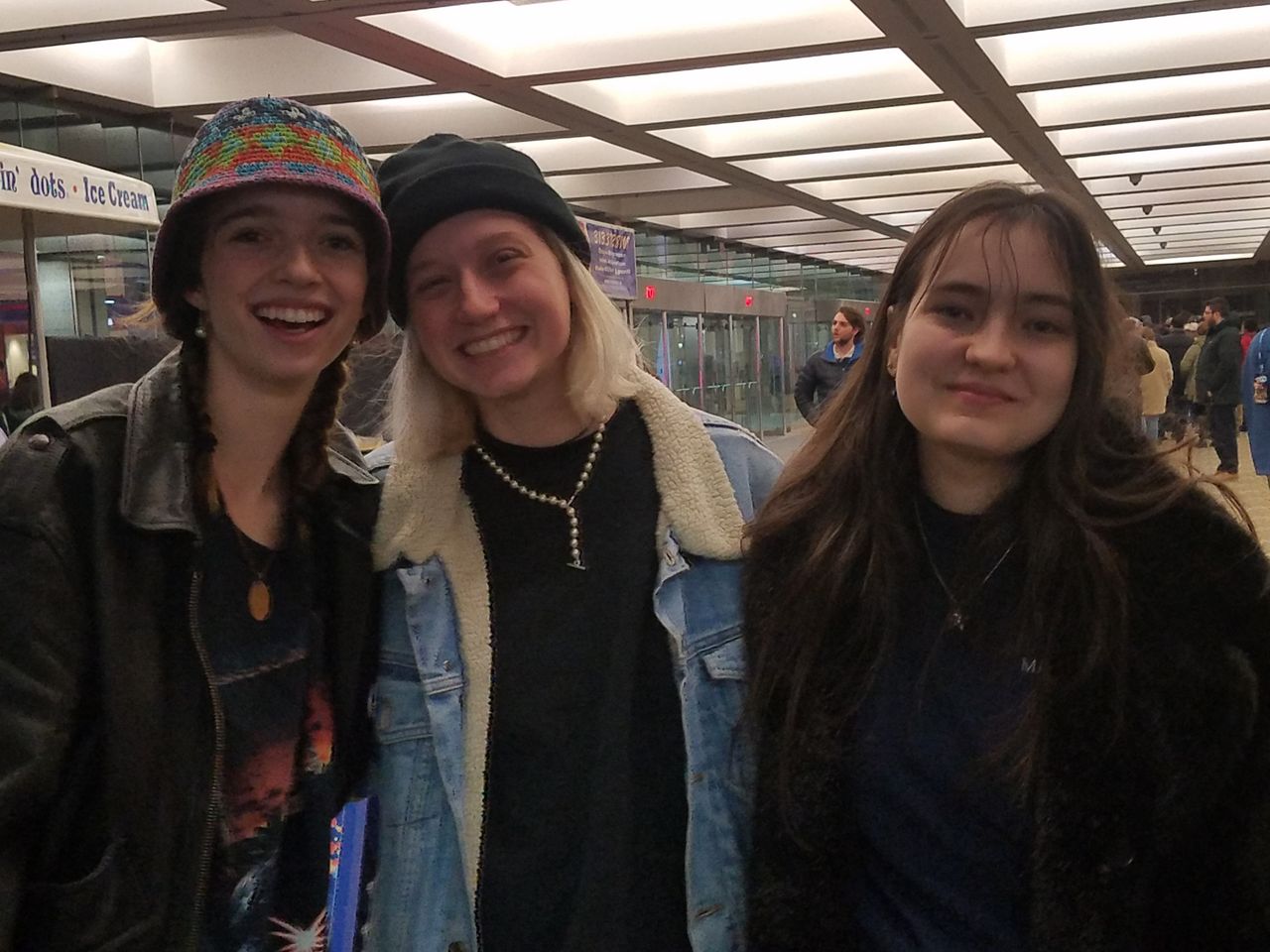 Arsinee agreed: “It’s the old divide and conquer technique. We came because we wanted to see something different. There is power in numbers and we need to speak up. Our presence here speaks volumes. We know the Democratic party is not all that it says that it is. We know about the wars under Obama and his deportations. We all have to learn more. The Democrats are just as involved in taking money from wealthy donors.”

Chris, another attendee, told the WSWS: “The main reason that I am here is because of income inequality and the lack of adequate health care. People are afraid to go to the doctor, or urgent care, or a hospital, because of health care premiums and other out of pocket costs. I am living with my parents right now because I make $11.25 an hour at a paint store. I work about 30-35 hours a week after going to college.” 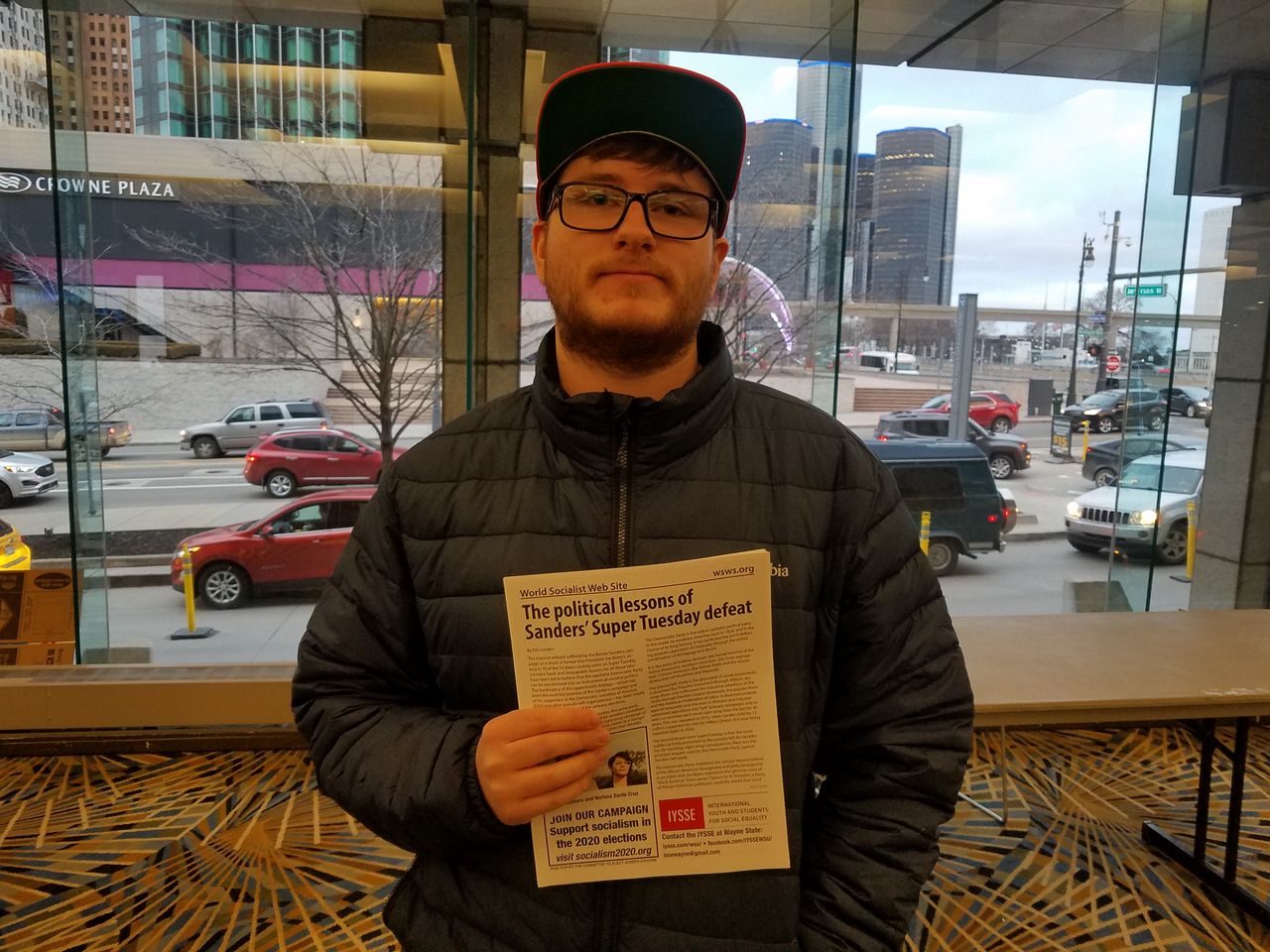 “I would like to see a break with the Democrats and an independent socialist party, but I don’t know how we would do it. The infrastructure it would take to build a party that would be able to compete with the two established parties, I don’t know how ready or able we are to undertake that right now.”

At the rally in Grand Rapids, Tre, who works as a server at a nearby Outback Steakhouse, said, “I’m about to turn 26 and will lose my health care, which I really depend on. If I lose insurance, I can’t imagine how expensive it will be.”

Tre continued: “I’m very concerned about the future. I just became an uncle to twins, and I’m scared that they won’t survive in the future due to climate change. I want to further my education, but I can’t afford college tuition and don’t want to go into debt. I have sisters who can’t buy homes because of how much college debt they have.”

Speaking on Sanders, Tre declared, “He’s really only a modern FDR, but that’s unacceptable to the establishment. It shows how far both parties have moved to the right in recent decades. I think Sanders is putting these issues back in the Democratic Party and they don’t want him to. They see him as a financial threat.” 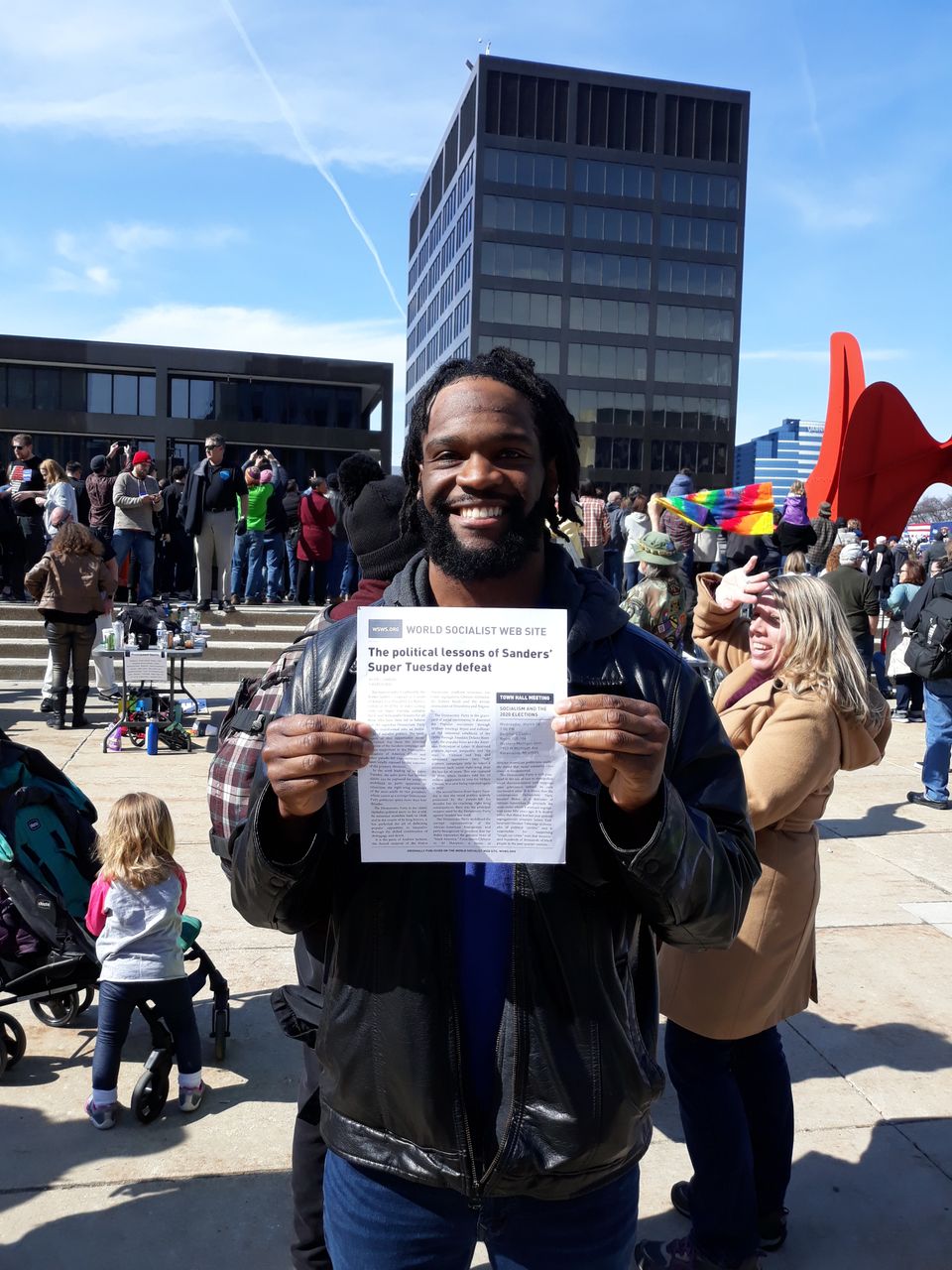 Brett, an instructor at Grand Valley State University in Grand Rapids, noted his frustration with the line-up of Democrats endorsing Biden. He commented, “I think it’s a testament to the fact that Sanders is leaning too far to the left, and that’s not acceptable to the Democratic establishment.” …

Brett declared: “I agree with the points you’ve made. … I champion internationalism, that’s the only way that we’ll ever be able to solve the problems we face.”

Jessica and Casey, who live in Holland, Michigan, were both deeply upset by Sanders’ losses on Super Tuesday. Jessica stated emphatically, “I think the whole thing was calculated, and it’s upsetting. I’ll leave the Democratic Party if Joe Biden is the nominee.” After discussing the need for the working class to build its own, independent political party, Jessica declared, “I feel like that’s where things are heading.”