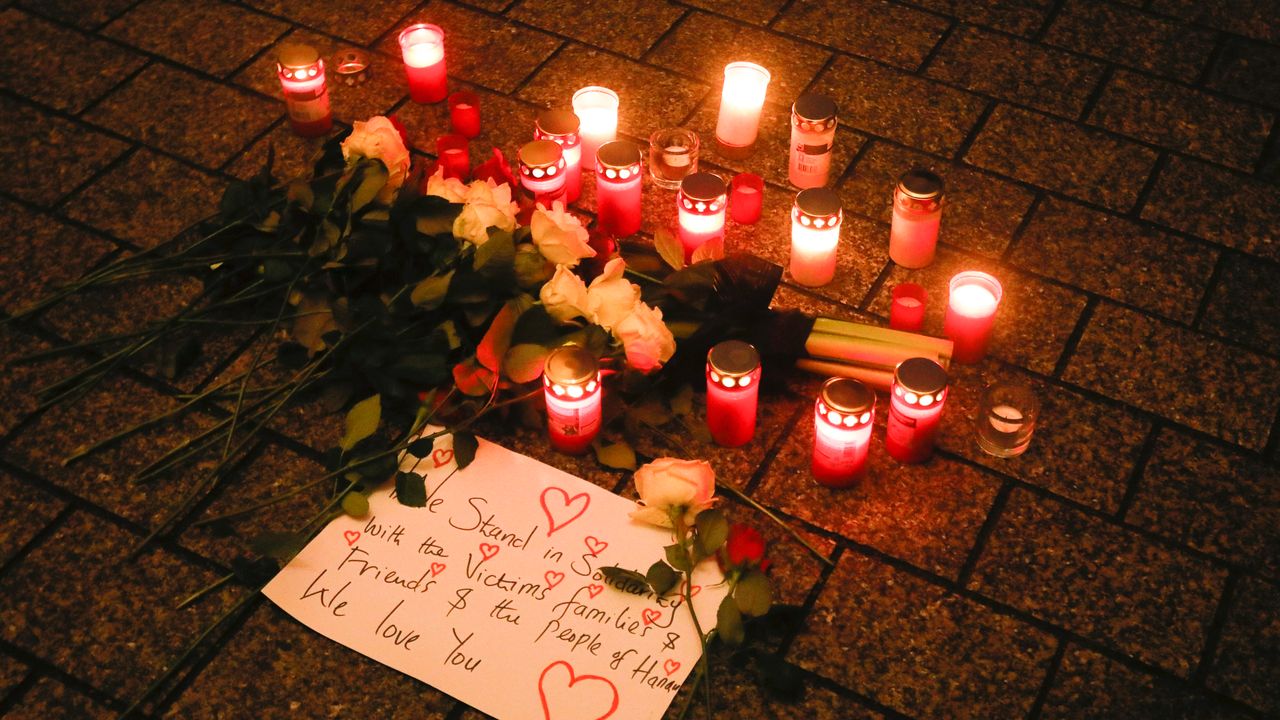 By Peter Schwarz in Germany:

After the massacre in Hanau

Stop the right-wing terror in Germany!

A right-wing extremist terrorist shot and killed nine people in the German city of Hanau in the state of Hesse Wednesday night. He injured a further six people, one of them seriously. The massacre occurred in two hookah bars overwhelmingly frequented by immigrants. Police officers later found the gunman and his mother dead in his apartment.

The alleged gunman is Tobias R, a 43-year-old who grew up in Hanau and studied [business] economics in Bayreuth. In a 24-page document acknowledging his guilt, which he published online prior to the attack, R. displayed “a deeply racist outlook”, investigating federal prosecutor Peter Frank told the press.

In the text, the author declared himself to be a supporter of US President Donald Trump.

In his manifesto, nazi Tobias R advised Trump to escalate his conflict with China even further.

He considers whether the “total destruction” of entire states in a future war would be legitimate. He speculates on what share of Germans are “purebred and valuable”, and develops plans for genocide that go even further than Adolf Hitler. He lists over two dozen states whose populations he thinks should be wiped out, including half of Asia, various peoples in North Africa, and Israel.

Representatives of the government and parliamentary parties stated their horror and disbelief at the attack. What hypocrisy! The same politicians who shed crocodile tears over this attack have created the ideological and political climate for right-wing extremist terrorism. If the far-right Alternative for Germany (AfD) party functions as the political arm of the right-wing terrorists, then the domestic intelligence service functions as its state arm, enabled by the grand coalition government. The attack in Hanau occurred just two weeks after a Minister President was put in power in the neighbouring state of Thuringia for the first time since the Second World War with the votes of a far-right party, the AfD.

As even the New York Times remarked, this represented an “outstanding victory” for the far-right. “Centrists and the far right share talking points on immigration. They share what they perceive as a common enemy in the left. And now, for the first time in decades, they even share a governor,” commented the newspaper.

Unlike during the last years of the Weimar Republic, there is no mass base of support in Germany today for a fascist movement. The overwhelming majority of the population, above all the youth, view the AfD politicians with disdain and outrage. The right-wing extremist party relies all the more on strong support from the military, police, and the state apparatus, from which many of their voters and members are drawn, and from the established parties, from which the majority of the AfD leadership came. Its rise to the dominant party in German politics is the outcome of a political conspiracy involving the ruling elite.

With its decision to continue the grand coalition in 2017, the SPD consciously chose to make the AfD the official opposition, even though it won only 12.6 percent of the vote at the last federal election. Ever since, the far-right party has been fully integrated into the work of parliament, including being appointed to lead several key parliamentary committees. The grand coalition has adopted the AfD’s refugee policy and is pursuing an agenda of militarism and attacks on social spending and workers’ living standards that can only be imposed with fascist methods, i.e. with the support of the AfD to break the population’s resistance.

At the same time, the AfD receives support and advice from the intelligence agencies. The former president of the Federal Office for the Protection of the Constitution (Verfassungsschutz), Hans-Georg Maassen, is now an open AfD supporter. The Verfassungsschutz directs and finances, with the assistance of a network of informants, far-right networks with ties to the military and police. Several dozen of these informants were active in the milieu around the NSU alone.

While the grand coalition and its intelligence agencies encourage the growth of the far-right and give it free rein, they wage a bitter struggle against the left. Since 2018, the grand coalition’s Verfassungsschutz Report has listed the Socialist Equality Party (Sozialistische Gleichheitspartei) as an “object of surveillance” because it wages an irreconcilable struggle against the AfD, German imperialism and its political parties, and advocates an anti-capitalist, socialist programme.

Ideologically, the way has been paved for the AfD and other far-right networks by the systematic rewriting of history at the universities and the trivialisation of the Nazis’ crimes. A central role in this has been played by Humboldt University Professor Jörg Baberowski, who claimed that Hitler “was not vicious” and that he “didn’t want to know anything about Auschwitz.” Baberowski is himself part of a right-wing extremist network, praises dictatorships as “alternative orders”, and describes terrorist attacks against refugees as “comparatively harmless.”

Three weeks ago, Baberowski physically attacked a university student after he spotted the professor tearing down election placards for the International Youth and Students for Social Equality. Although the incident was documented on video, the president of Humboldt University, Sabine Kunst (SPD), defended the right-wing extremist professor and even said she found his behaviour understandable. The federal government has also backed Baberowski. Under these conditions, right-wing extremist terrorist attacks like in Hanau are not only possible, but inevitable. They are the product of anti-refugee agitation and the vicious anticommunism and militarism spearheaded by the grand coalition and supported by all parties. Their goal is to reestablish fascism as a political force in Germany once again, so as to suppress the growing social and political resistance among the population.

The official mantra that the Hanau gunman is a “lone wolf” is absurd. The far-right networks enjoy close ties to the police, army, and intelligence agencies, maintain death lists with tens of thousands of names, and can operate virtually unhindered.

Following the Lübcke murder, the theory of a lone wolf served to suppress the extent of far-right terrorist activities. It is now known that the alleged murderer, Stefan Ernst, a neo-Nazi with a criminal record, and his accomplice Markus H., were involved in far-right politics for several years and had close contact with the Verfassungsschutz. The files that could bring clarity on this have been locked away for 40 years.

Following the events in Thuringia, the WSWS warned in its perspective, “Sound the alarm! Political conspiracy and the resurgence of fascism in Germany”: “The political situation in Germany demands the attention of the European, American and international working class. In the light of the history of the 20th history, it is impossible to adopt a complacent attitude toward the resurgence of neo-Nazism in Germany.”

This warning has been confirmed in a matter of days. The Hanau attack confirms the conclusion we drew that “throughout the world, a process of political radicalization is underway in Germany. The events in Thuringia, which have shocked the public, will accelerate this process.” The Sozialistische Gleichheitspartei calls for the protests against the far-right to be expanded and armed with a clear political perspective. It is high time to put an end to the political conspiracy of the grand coalition, the state apparatus, and the far-right. The Verfassungsschutz must be dissolved and the surveillance and persecution of left-wing groups must immediately stop. Stop Germany’s return to an aggressive militarist foreign policy! For a socialist programme against fascism and war!