After the ‘Hitler wine’ bottles, another scandal.

By Felicity Villar For Mailonline, 30 January 2020:

German police are investigating the sales of a controversial beer that has a Nazi-style label and is reportedly linked with a far-right activist.

The scandal over the beer, produced by the ‘German Reich Brewery’ (‘Deutsches Reichsbrau’ in German) broke this week as the world remembers victims of the Holocaust.

The beer was on sale in one town in Saxony-Anhalt state where far-right extremist groups are especially active.

As well as the fact that the labels were brown, possibly linked to the fact that the Nazis had brown uniforms, it also relied heavily on symbols such as the Eagle which was popular with the Nazis, and there is an iron Cross as well.

The price of a crate of beer at 18.88 EUR also meant they apparently used neo-Nazi numbers, where 18 is meant to simplify Adolf Hitler (‘A’ and ‘H’ being the first and eighth letter of the alphabet respectively), and 88 is meant to signify ‘Heil Hitler’.

The Gothic lettering is also reminiscent of the Nazi style of producing its powerful propaganda literature. 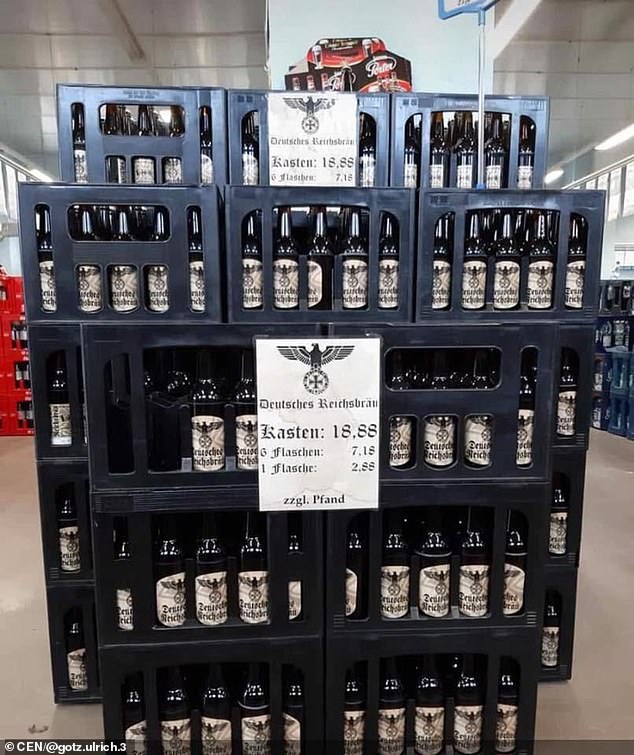 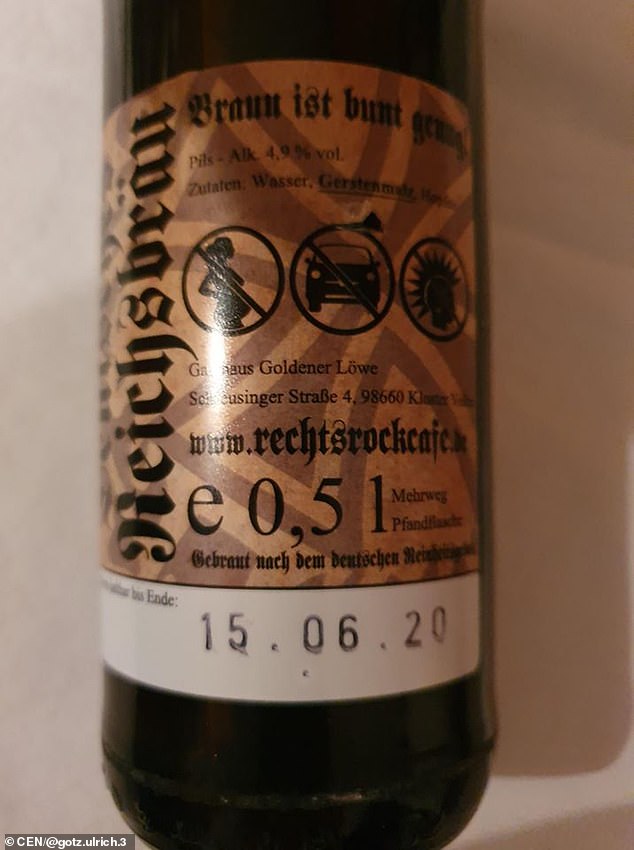 This is the backside of the beer bottles, with the neonazi slogan ‘Brown (the colour of the uniforms of Hitler’s SA stormtroopers) is multicultural enough’. And signs banning entry to African women and punk rockers.

As part of their election campaign for the Student Parliament at Humboldt University in Berlin, members and supporters of the International Youth and Students for Social Equality (IYSSE) distributed the article “75 Years since the Liberation of Auschwitz.” They spoke with students about the attempts of right-wing ideologists to falsify the history of the Nazi dictatorship and to make right-wing extremist positions acceptable again: here.