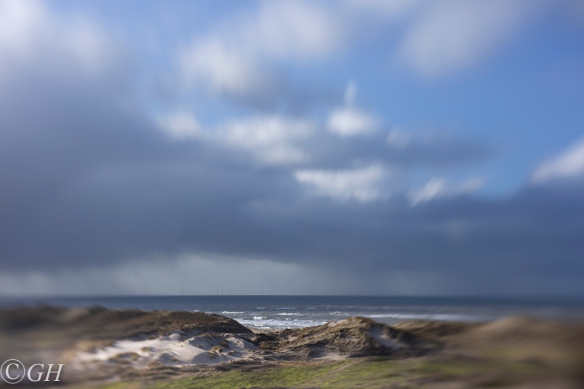 After 17 January 2020 in the Schoorlse Duinen nature reserve came 18 January. When we walked towards the North Sea, as this photo shows. It is a Lensbaby photo, like all photos of this blog post.

The morning had started with three great tits and a chaffinch.

As we walked, we passed a birch polypore on a birch tree.

Common broom flowers. A bit unusual for January; a sign of a warm winter.

We climb a high sand dune. During the World War II nazi occupation, a German military bunker was on top. Now, it is a viewpoint. Not far from the top, a few flowering common daisies. 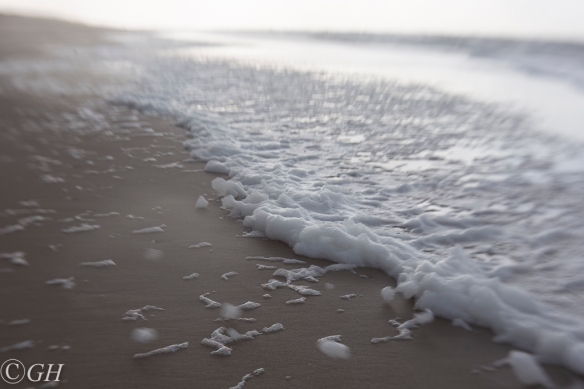 When we reached the sea, there was much foam.

On the beach, at least fifteen sanderlings. 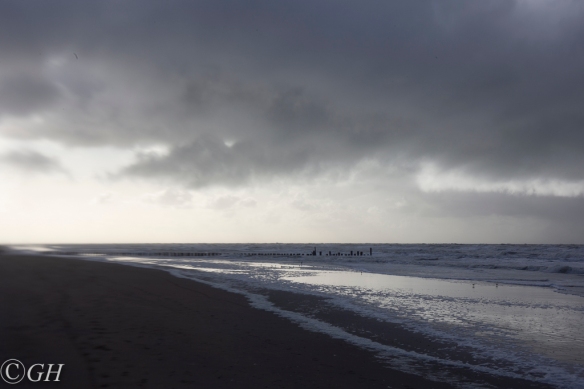 On this photo, on the right near the floodline, some of these birds. Much too small, as the camera was fit for landscape photos, not for depicting small birds like sanderlings. 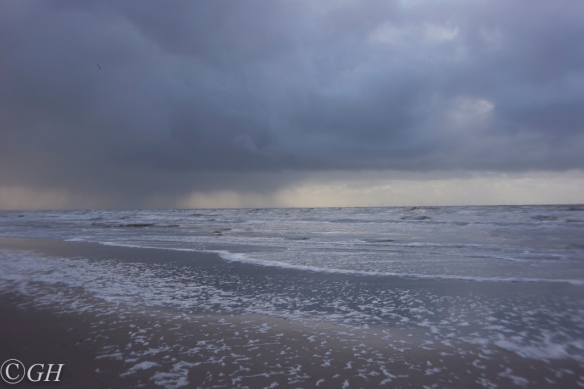 As this photo shows, there were many dark clouds on 18 January. Sometimes, rain or hail.

As we walk back through the woodland, winter stalkball fungi. A nuthatch calls.

3 thoughts on “Sanderlings and sand dunes”