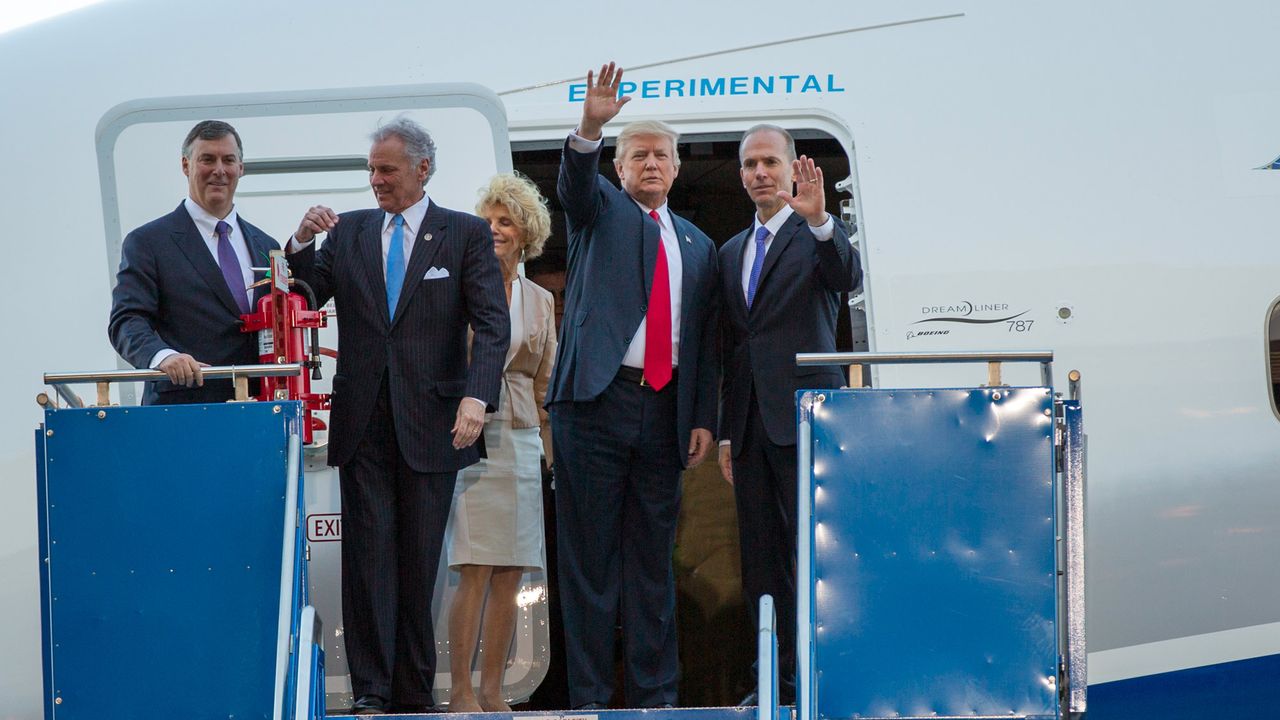 After two crashes that killed 346 people

Fired CEO Dennis Muilenburg gets $80.7 million on exit from Boeing

Ex-Boeing CEO Dennis Muilenburg left the aerospace giant with $80.7 million in salary, stock options and other bonuses after he was forced to resign from the company in December, according to a Securities and Exchange Commission (SEC) filing disclosed on Friday. Chief among his services rendered was spearheading the production and certification of the 737 Max 8 aircraft, which killed 346 passengers and crew in two crashes, making it one of the deadliest commercial jets ever put into service.

Muilenburg’s assets include shares worth $4.3 million, pension and back pay totaling $28.5 million and long-term stock options amounting to $29.4 million. Boeing also preserved his right to purchase nearly 73,000 shares of company stock at a pro-rated value of $5.5 million, which he could then resell for $24 million.

Having rushed the new jet into service, cutting safety corners and covering up known and potentially fatal engineering and software dangers, and then vouching for the safety of the plane after both the first crash, in October 2018, and the second, in March 2019, Muilenburg’s “punishment” was the loss of his severance package, worth an estimated $14.6 million.

Boeing allocated only $50 million in compensation for the 346 families who lost loved ones in the two crashes—Lion Air Flight 610 outside of Jakarta, Indonesia, and Ethiopian Airlines Flight 302 outside Addis Ababa, Ethiopia. The lives lost, according to the company, are only worth $144,500 each, less than what Muilenburg averaged in a month.

The callousness with which Boeing has treated the crash victims’ families as compared to its chief executive is an example of class justice in America. A worker accused of reckless driving in Washington state, where the Max 8 is made, can be thrown into jail for 364 days and fined up to $5,000. The corporate CEO who recklessly went ahead developing a deadly aircraft and who should be tried for the murder of hundreds of men, women and children is rewarded with a new windfall to add to his fortune.

Moreover, as the result of the grounding of the Max 8 after the second crash and production freeze that began this month, Boeing subcontractor Spirit AeroSystems has laid off 2,800 employees. The parts manufacturer generates 80 percent of its revenue from its Boeing contract, a large portion of which is making the fuselage for the deadly plane.

The company has also announced that it will be laying off more workers at its plants in Tulsa and McAlester, Oklahoma, none of whom will receive any compensation from Boeing for having their livelihoods destroyed. These are no doubt only the first of many thousands of layoffs the working class will be forced to suffer as a result of the company’s greed and negligence.

The criminality of the Max 8 enterprise was again laid bare on Thursday, when the Washington Post reported that Boeing had submitted to Congress a trove of internal communications in which employees with their names redacted expressed their frustrations with the management of the project and fears that the aircraft was unsafe to fly.

“This is a joke. This airplane is ridiculous,” commented one employee in a conversation regarding updates to the Max hardware and software. “Fix one thing, break [three] others.” A different missive exclaimed, “I’ll be shocked if the FAA passes this turd.”

Another message proposed darkly that one could avoid the dangers of the Max 8 by committing suicide. “Get silencer, put on end of gun, place adjacent to temple, and pull trigger—the problems stop. At this point, how can they consider continuing?”

An email from 2018 suggests that problems similar to those that have plagued the Max 8 are continuing in the development of Boeing’s newest plane, the 777X. It reads: “Why did the lowest ranking and most unproven supplier receive the contract? Solely based on the bottom dollar. Not just MAX but also the 777X! Supplier management drives all these decisions… Best part is we are re-starting this whole thing with the 777X with the same supplier and have signed up to an even more aggressive schedule!”

The documents also show the lengths Boeing was willing to go to ensure that pilot simulator training not be required for the Max 8 in order to keep overhead costs as low as possible. Emails signed by Boeing’s 737 chief technical pilot at the time, Mark Forkner, stressed “the importance of holding firm that there will not be any type of simulator training required to transition from NG to Max” when discussing the aircraft with federal regulators.

Forkner also played a key role in forcing international regulators to accept Boeing’s assertion that only a minimal computer-based training course was required to fly the Max 8. He wrote, likely to regulators at India’s Directorate General of Civil Aviation, that there “is only one difference between the [737 NG] and [737 Max]”, and they should withdraw their reservations because the regulatory agencies in Argentina, Canada, China, Europe, Malaysia and the US had already done so.

As was conclusively shown by Indonesia’s aviation regulatory agency in its final report of the Lion Air crash, the planes plunged to their doom as a result of a previously little-known anti-stall mechanism called the Maneuvering Characteristics Augmentation System (MCAS), which was concealed from test pilots during the Max 8’s certification and kept out of manuals used by commercial pilots flying the aircraft, even after the first crash.

There are no innocent explanations for these exposures. Despite Boeing’s denials that the emails “are inconsistent with Boeing values”, they make clear that the company, its executives and its major shareholders gave far greater weight to their profits and stock prices than the safety of the people who would eventually be on board the flying deathtrap.

This includes $200 billion made by major Boeing shareholders such as The Vanguard Group, T. Rowe Price Associates, the Newport Trust Co., SSGA Funds Management and Blackrock Fund Advisors, among others, from the time the Max 8 was first announced to just before the second crash. For his part, Muilenburg made $6.5 million selling stock the month before Ethiopian Airlines Flight 302 plummeted to its destruction, suggesting that he and other executives who made similar multi-million-dollar windfalls had concerns about the safety of the plane.

The criminalization of the American ruling class is the product of the degeneration and crisis of the entire social and economic system of capitalism. The Boeing disasters underscore above all the need to mobilize the working class to expropriate the major banks and giant corporations in order to transform them into publicly owned and democratically controlled utilities.