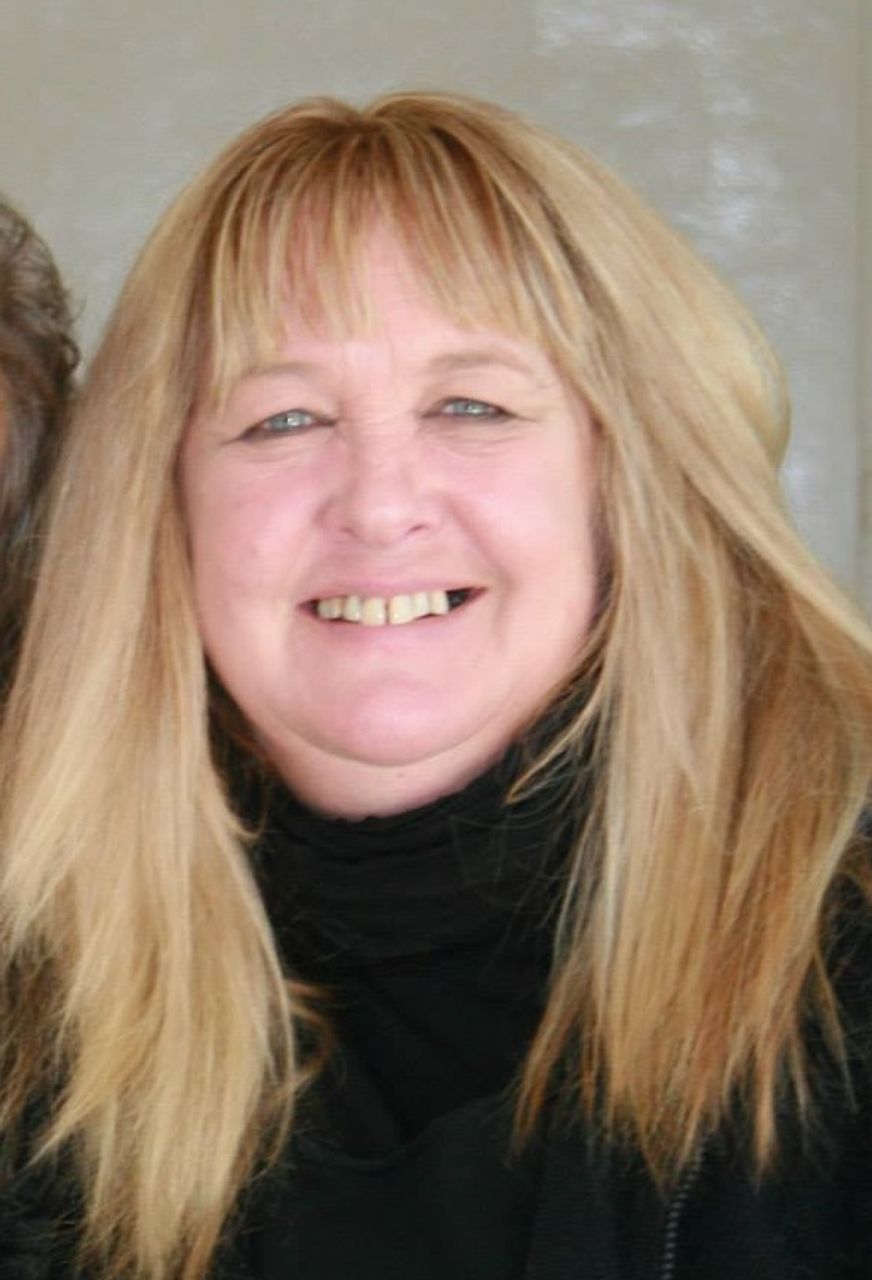 By Margaret Rees in Australia:

Over the past months, broad swathes of Australia have been hit by bushfires unprecedented in their duration and intensity. Millions of hectares have been destroyed, 25 lives have been lost and over 2,130 homes destroyed.

The crisis has highlighted the refusal of successive governments at every level to heed warnings by experts that fire seasons will continue to worsen. It has underscored the failure of the entire political establishment to take any action on climate change, which is a contributing factor to the blazes, and the dire consequences of the gutting of essential services.

The devastation has demonstrated the immense growth of social inequality and the chasm between big business politicians … and millions of ordinary people.

East Gippsland, in regional Victoria, has been among the hardest-hit parts of the country.

Mallacoota, a seaside town in the area, was surrounded by fires on all sides last month, trapping thousands. Scenes of hundreds of residents sheltering on the town’s main beach shocked people around the world. After weeks of being unable to leave, most of Mallacoota’s population was evacuated by naval ships and aircraft over the New Year period.

This week the WSWS spoke with Suzanne Davies, who lives with her husband at the Point Hicks lighthouse in the greater East Gippsland region.

Davies, who lives with her husband at the Point Hicks lighthouse in the greater East Gippsland region. The lighthouse is and about 95 kilometres from Mallacoota and adjacent to Croajingalong National Park, famous for its diverse wildlife.

Three-hundred-and-forty holidaymakers were staying at Point Hicks when a fire warning was issued on December 30, calling for residents to immediately evacuate. The only departure route is a poorly maintained dirt road that spans 45 kilometres to Cann River.

The Davies had to ensure that all those staying at the site, including campers in the sand dunes, left in time. After the road was cut off by fire, the Davies were rescued by helicopter.

Suzanne explained: “With the fire between Point Hicks and Mallacoota, in the morning they were shutting down all the national parks in East Gippsland, but we were told we would be fine. But twenty minutes before 5pm, I was told that I had to evacuate over 340 people, whether in the accommodation at the light station or in camps. The fire wasn’t impacting then, but there was a potential.

“So we had to tell everyone—most of whom had only arrived the day before—that they had to leave. We had people who were upset, some who were angry and others who were refusing to go. We had to be very calm and advise them. They did all go, and we stayed that night in the head light-keeper’s home.

“The next morning, at about 4 a.m., my husband woke me. Usually one of us gets up at 5.30 a.m. to monitor the weather for the government bureau. He told me to look towards Mallacoota along the ocean. Even though we were in the dark, we said: ‘Oh my god, we’re in trouble, and so is Mallacoota.’

“They choppered us out to Orbost. I couldn’t get back to Buchan, the community that I am from. I’ve done a lot of recovery following fires over the years, but nothing as big as this one. This is our whole country, New South Wales, everywhere. It was lucky we got all those people out. After the fire came, the access bridge was just twisted metal. There was no way out. The light station hasn’t been affected, but all the animals have been.

“We got to Lakes Entrance, where we have two grown-up children. Then we had to evacuate from Lakes Entrance. My husband stayed. The others came in a convoy, we’ve all come down to the Mornington Peninsula. I have to go back to Buchan. 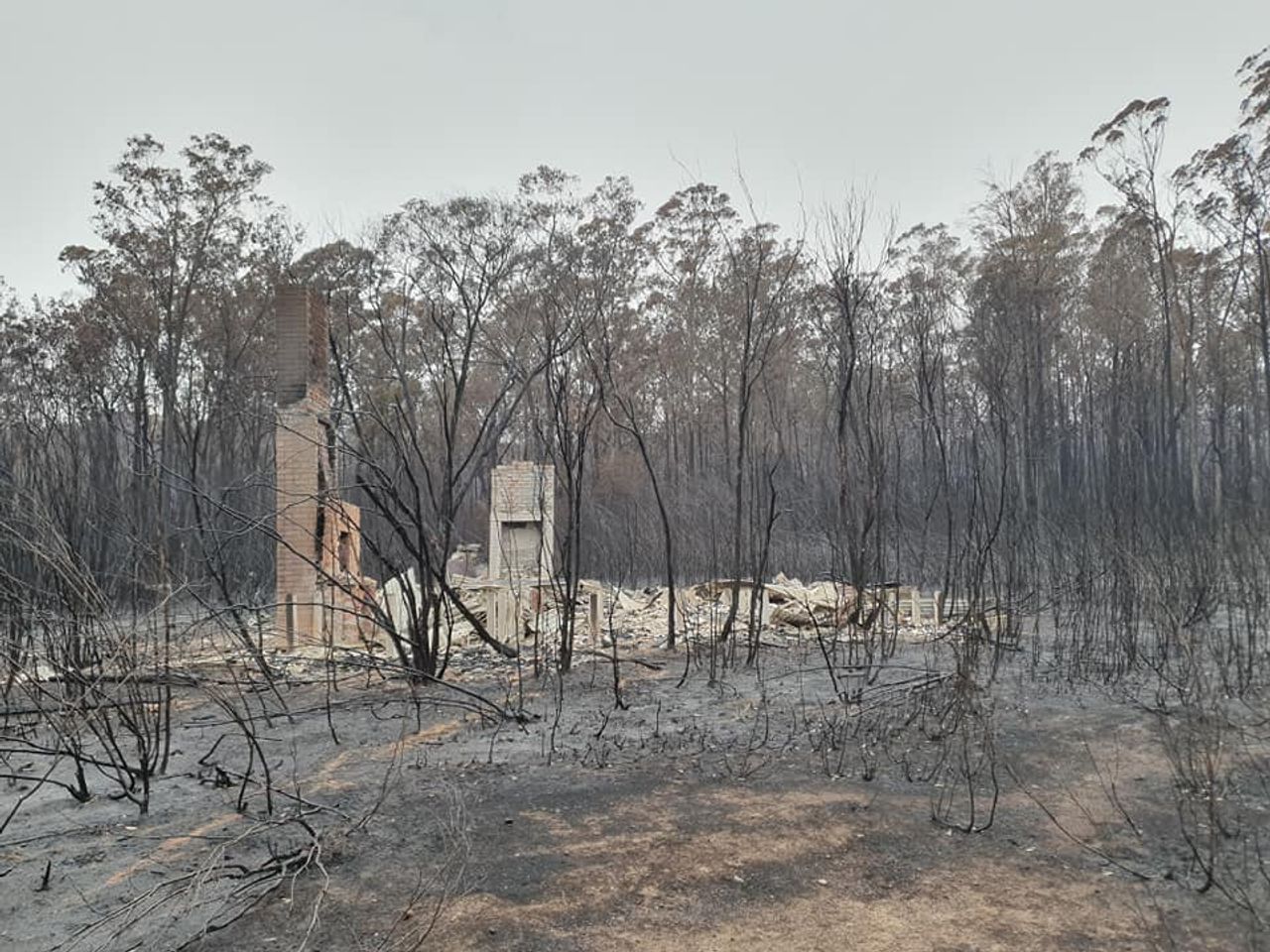 “But there were no communications. No landline, no mobile phones, no internet. So I have been here, writing offers of support. When I go back, I’ll be coordinating some of that.

“The timber industry blames the greenies. We greenies—people who want this planet and the environment for our children, and our grandchildren and beyond—they can call us whatever they like.

“This fire has shown that it has come to a tipping point. Now people are starting to realise about Rupert Murdoch’s papers and all those Liberal-National Party idiots for coal.”

Suzanne has been a community worker in Buchan, a small town in the forest, 285 kilometres from Melbourne, since the catastrophic fires there in 2003.

“We had no communication in 2003 except landline, so we could have phone trees out to the areas. It played with everybody’s psyche in 2003 in Buchan. The recovery process was very protracted. Some people are still having counselling from 2003. This time will be way more protracted.

“One man, Mick Roberts, perished when the recent fires swept through Buchan. Two friends were helping him paint his house. They left for the river, but Mick went back for something from the shed. There was a pyrocumulonimbus cloud—like an atom bomb—the fires create their own weather. That cloud collapsed and then rained fire down on everything. People don’t stand a chance.”

WSWS reporters noted that the 2003 fires were a warning of what was to come, which went unheeded by the authorities.

Davis replied: “I reckon that’s true. In 2003, I had Country Fire Authority incident control teams from Queensland and South Australia here. They said: ‘We have never seen fires like that.’ We then had fires in 2006, 2007 and 2009.

“And the ex-fire chiefs wanted to meet with [Prime Minister] Scott Morrison earlier this year but he didn’t have time! Instead he flew to Rupert Murdoch’s party and then went to Hawaii!

“The scientists have been telling us for 35 years of the risks. We could have been the leading country for renewables. Every country has to step up. There have to be some leading countries. The US and Australia should be. The way the politics are—it is impacting totally on this climate crisis. It is all the multinationals, big business, money and greed.”

The WSWS commented that despite power lines being a leading cause of fire ignition, in most areas no attempt has been made to move them underground.

Davies commented: “My father was a local electrician in the Dandenong Ranges before the SEC [State Electricity Commission] was privatised. After the 1968 fires there, that’s when dad started to think about it.

“He went to the SEC and asked them to put all the lines underground. They didn’t listen. They never listen. He said: ‘This will cost money, but it won’t cost money in the end.’ My dad was bloody well right. I don’t usually swear but I’m angry.

“People are really hurting—communities, forests, wildlife, and water. Our country is in crisis. The trauma and the stress. In Mallacoota 5,000 people stranded on the beach. We might be able to get this government out. … 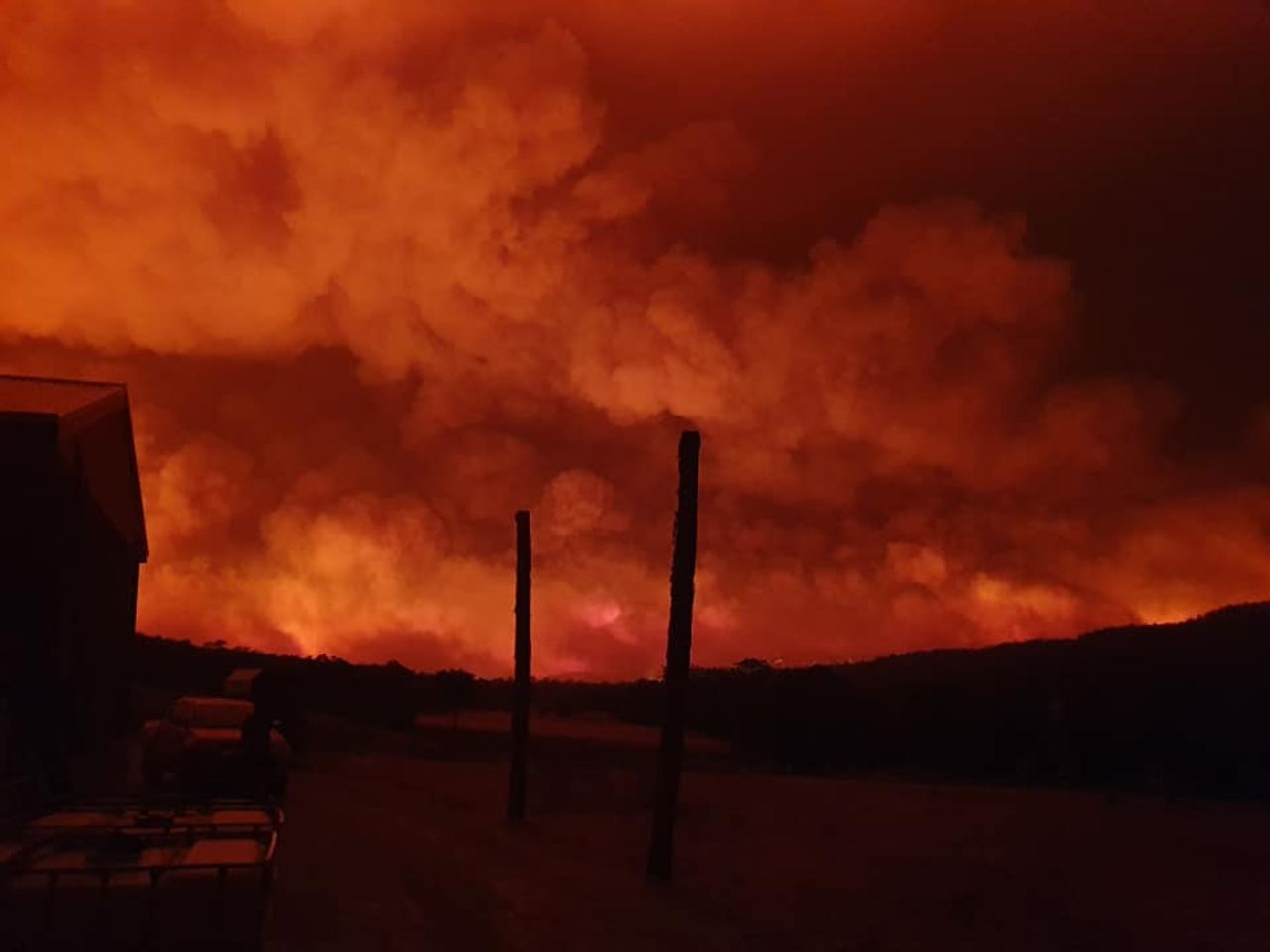 “What gets me about the Murdoch press, the Liberals and the Nationals is that they try and instill fear in people about ‘overseas threats’. The amount of money they spend on submarines and fighter planes, and Scomo’s personal plane that costs $250 million. That is taxpayers’ money, it should be spent on internal water bombers and resources. We have an internal threat, we don’t have an external threat.”

The catastrophic fires that have engulfed large areas of Australia starkly demonstrate the failure of capitalism and its political servants at every level of government. The indifference and complacency of political leaders, towards the disaster affecting ordinary working people, is a lesson that will not be forgotten. The political establishment defends a social order in which every aspect of life is subordinated to corporate profit and the interests of a wealthy elite, regardless of the consequences: here.

In November of last year, the wildfire that started in California, U.S.A burned areas that amount about the size of Seoul and destructed over 500 buildings for two weeks. In 2018, six fires started simultaneously in southern California and spread out to the neighboring areas, burning total of 405 km2 with 86 fatalities and 200,000 victims for three days. Also, large-scale wildfires often occur in the northern inland of Russia. The forest fire occurred in July 2018 burned the total area of 3,211 km2 which is 5.3 times bigger than the city of Seoul and, the wildfire, in May 2019, started to spread out and burned down even greater land. So far, extensive wildfires such as the mentioned events are believed to be mostly caused by dry wind, however, the recent study explains that global warming is the kindling that starts such fires: here.