This 9 January 2019 video says about itself:

Climate scientist Michael Mann is in Australia, where the bushfire crisis is unfolding in real time. He says voters there need to look for ‘climate hawks‘ who can counteract the climate-denying policies of politicians like current prime minister Scott Morrison.

Australian bushfire victims speak-out: “What is our government doing at the moment?”

A WSWS reporting team recently spoke with residents from Balmoral, a village some 100 kilometres from Sydney, which is among the many communities ravaged by the intense bushfires of the past four months.

Balmoral has a population of just over 400 people and is southwest of Sydney, in the Southern Highlands region of New South Wales. Between December 19 and December 21, the village was repeatedly hit by fires, resulting in the destruction of 22 houses, or 15 percent of all homes in the community. The area also suffered a widespread power outage.

The defence of the community depended almost exclusively on volunteer firefighters, with little or no assistance from state or federal authorities.

In April last year, Prime Minister Scott Morrison refused to hold a meeting with former fire chiefs who insisted that the states were not adequately prepared for the coming fire season and warned that the potential destruction could surpass previous years.

Morrison’s indifference is indicative of the attitude of the entire political establishment, including the opposition Labor Party. Successive federal and state Labor and Liberal-National governments have refused to adequately fund fire-fighting forces or carry out any measures to reduce global warming that may impinge on the profits of the major corporations. As a result, the Rural Fire Service in NSW lacks necessary resources and equipment. 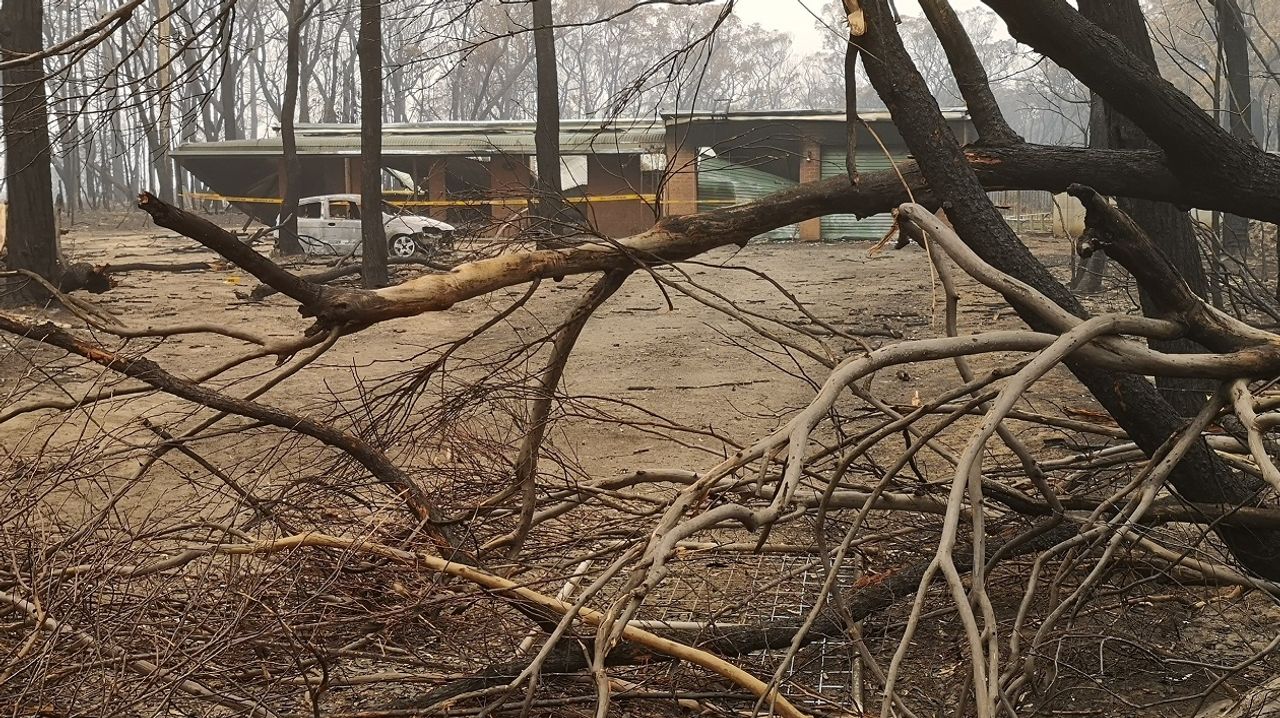 The contrast between the responses of the government and that of ordinary people could not be starker. Workers and volunteers in Balmoral and around the country have courageously sought to defend the homes and lives of those around them. Many have taken weeks off from work, using up their sick leave and holidays to fight the fires. Volunteers have to purchase their own equipment if they want items such as proper fitting gas masks and portable radios.

Balmoral does not have a connection to the state water supply and relies on tanks and private reserves for water. So intense were the fires that the village ran out of water on December 21 and tanks were brought in from other towns to assist, but they quickly ran out as well. The experiences in Balmoral are a microcosm of the conditions facing communities across the country as a result of the current bushfires. 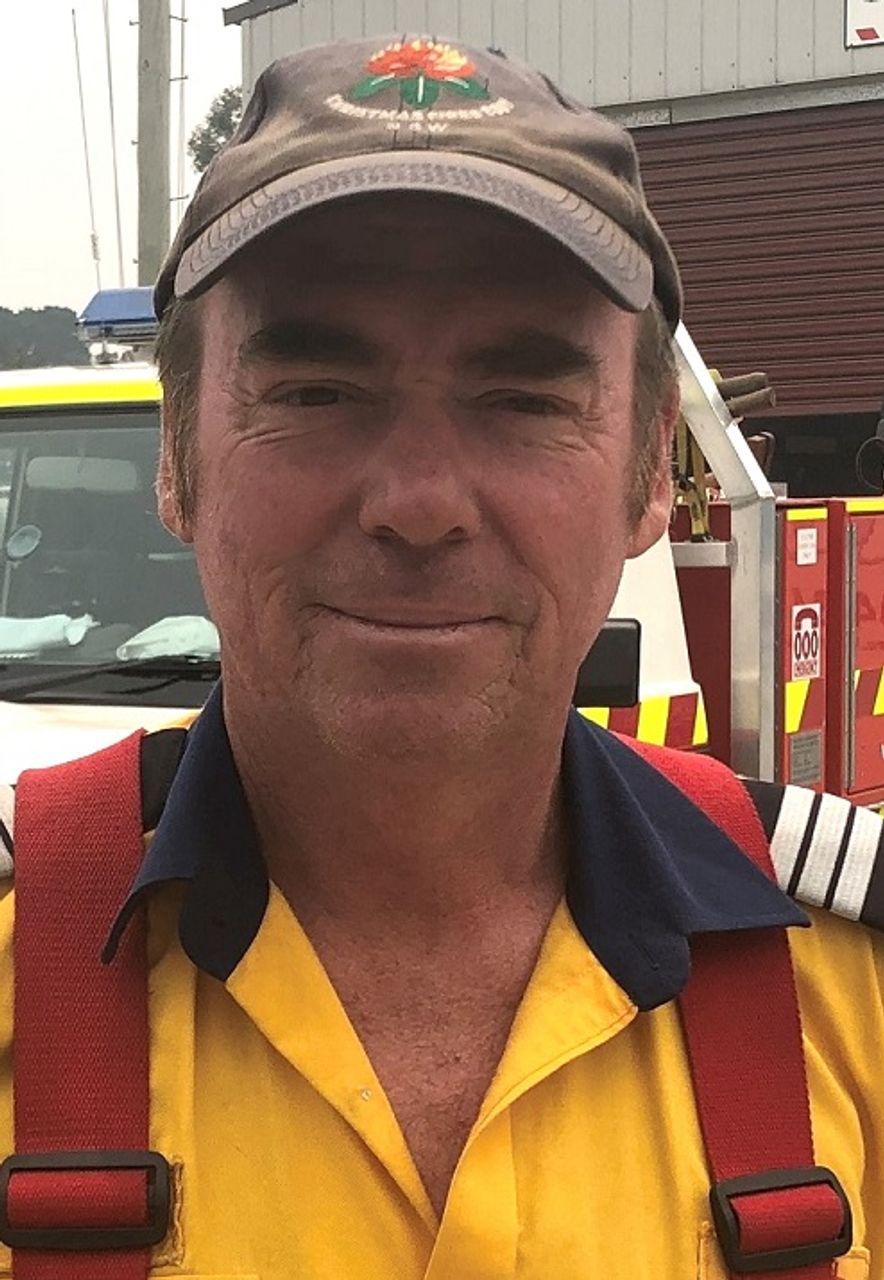 Brendan O’Connor is the Balmoral fire captain and works for the local council. He has taken at least four weeks off from work to fight the fires and called a meeting to warn residents of the fire danger and organise for people to evacuate.

O’Connor commented on the lack of payments for volunteers, stating: “There’s got to be something new. There’s thousands of firefighters on the ground every day and their businesses are suffering. I was supposed to be going to my niece’s wedding in Queensland in April but I don’t have holidays to do that now. It’s hard because we all want to do what we can, not only for our local community but for the greater community.”

The impact of the fires, he continued, “is a drain on every part of the nation, not only NSW, but we’re thinking, what is our government doing at the moment? The recovery is hard. Everything we have known and loved, most of it’s been turned upside down. About 90 percent of our bushland has gone now.” 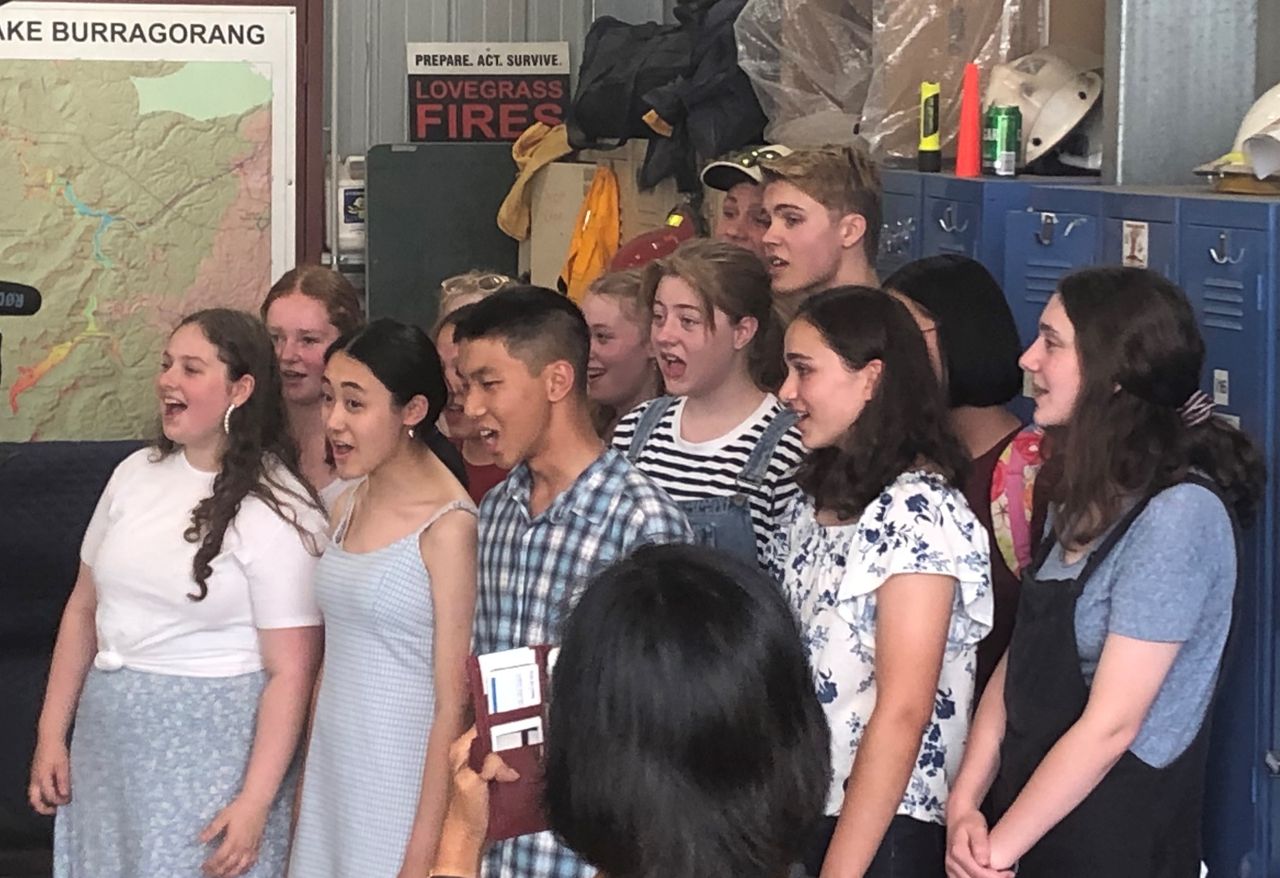 As WSWS reporters were speaking to residents, a group of school students from the Sydney Children’s Choir gave a performance at the Balmoral fire station to raise money for one of their members and his family whose house had been incinerated. The children have raised almost $10,000 for the family, who are not insured.

Residents described how they have received multiple donations of food and water, including from a Lebanese community in Sydney who drove down to Balmoral with supplies. 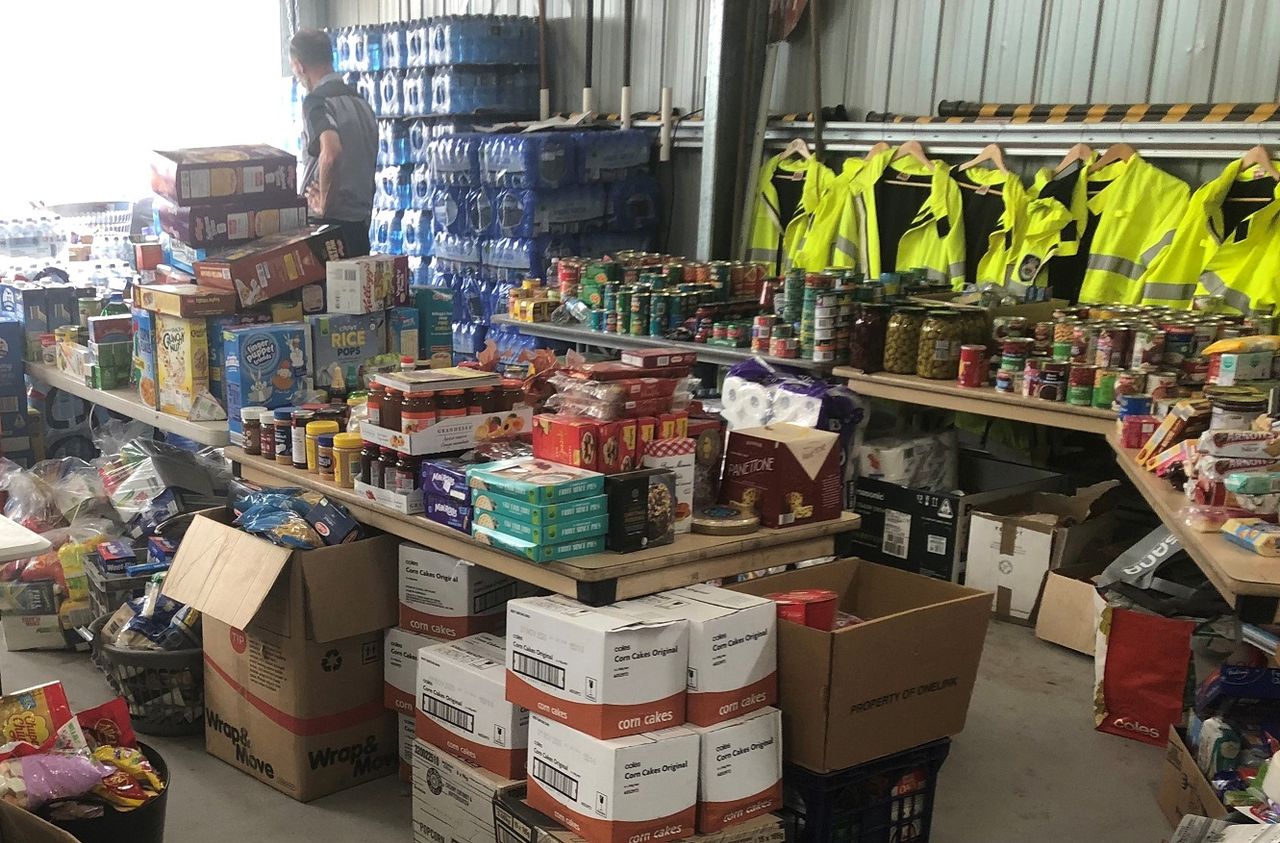 Rosemary also lost her house and everything in it on December 21. She praised the firefighters and denounced the lack of resources provided to them by the government.

“The volunteers are supposed to have the most modern masks and gear and they don’t! It’s very frustrating. The prime minister said, the volunteers ‘want to be there’. These people want to save their community, that’s why they are here. That is no justification for them not being properly resourced and certainly no justification for us not to pay them,” she said. “Where in the world does this happen like it happens in Australia? We seem to take the volunteers for granted?

“They were even told to stand down and to leave the village but they wouldn’t go. In the end, other firefighters were stopped from coming in because the risk was too high. Later that night, when they finally did get through, I saw them speaking to Brendan, the captain, and crying because they tried to get here, and they couldn’t in time. It is very traumatic for lots of people.” 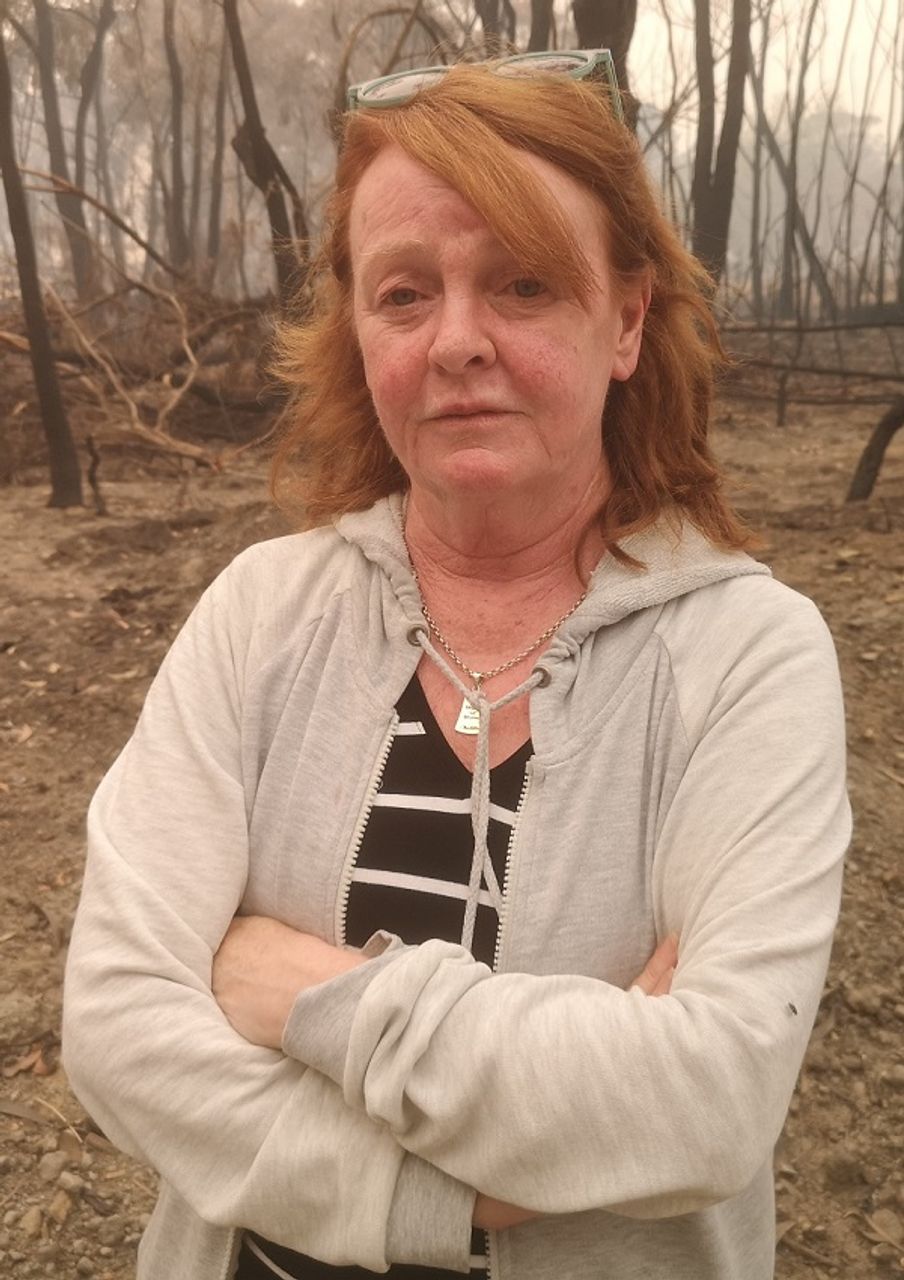 Referring to the 2009 Victorian bushfires that claimed 173 lives and destroyed over 2,000 homes, Rosemary said, “Did we learn anything from what happened in Melbourne? If they made recommendations it shouldn’t be for just one state, it’s a national issue.

“If the premier declared a state of emergency, why doesn’t she pull out all stops? We’ve seen a few suits come down to the station over the last week but they didn’t go and talk to anyone, they were just there for the camera. Politicians talk about fire plans and we are all supposed to have them but I’m not too sure that they had a very good fire plan. They didn’t plan for the worst-case scenario for this village. They just did the bare minimum.”

Rosemary and other residents were forced to take shelter in the local fire station. “The firie [firefighter] who had told me that they couldn’t save my house was standing there [in the station]… They walked me across the road and I saw my house burning down. And with what little water they had left they were trying to save the two houses on either side of mine. They [the authorities] didn’t even take into account that the village runs on tank water.

“The scariest part was being told to get some towels, wet them down and start covering the edges. I was telling myself ‘this isn’t good.’ Then the smoke started to come in and you looked up at the windows and it was just red. We could hear the fire and felt it and saw it coming towards the station. I’ve never felt so claustrophobic in my life.

“The generator went out, which not only operated the lights but also the sprinkler system on the roof. I heard that we had to be water bombed. It may well not have burnt down but I don’t know how well we would have survived with the smoke and the heat.”

Paul, a Balmoral resident, school principal and veteran firefighter who volunteered during the 2001 and 2013 fires said, “Nothing compares to what we saw. We were attacked by fire from every direction possible. It was determined to get us.”

“My plan was to stay at all costs. I had a sprinkler system on the house, I have a fire pump, and I had done preparation around the house. That would have worked if it was a normal bushfire but the conditions we had on Saturday were just unbelievable. I dread to think how high the flames were.

“At that point I thought this is not defendable so I went to plan B and jumped off the veranda, put the sprinkler system on, and ran up to the Landcruiser. As I drove up both sides of my driveway were on fire and that was within 20 seconds of the fire coming out of the gully.

“When you think about 140 houses and two trucks, the resources just aren’t there. I saw footage of choppers waiting their turn to drop their bucket into a dam and fill it up. On that Saturday afternoon, we ran out of water. There wasn’t enough to fight the fires.” 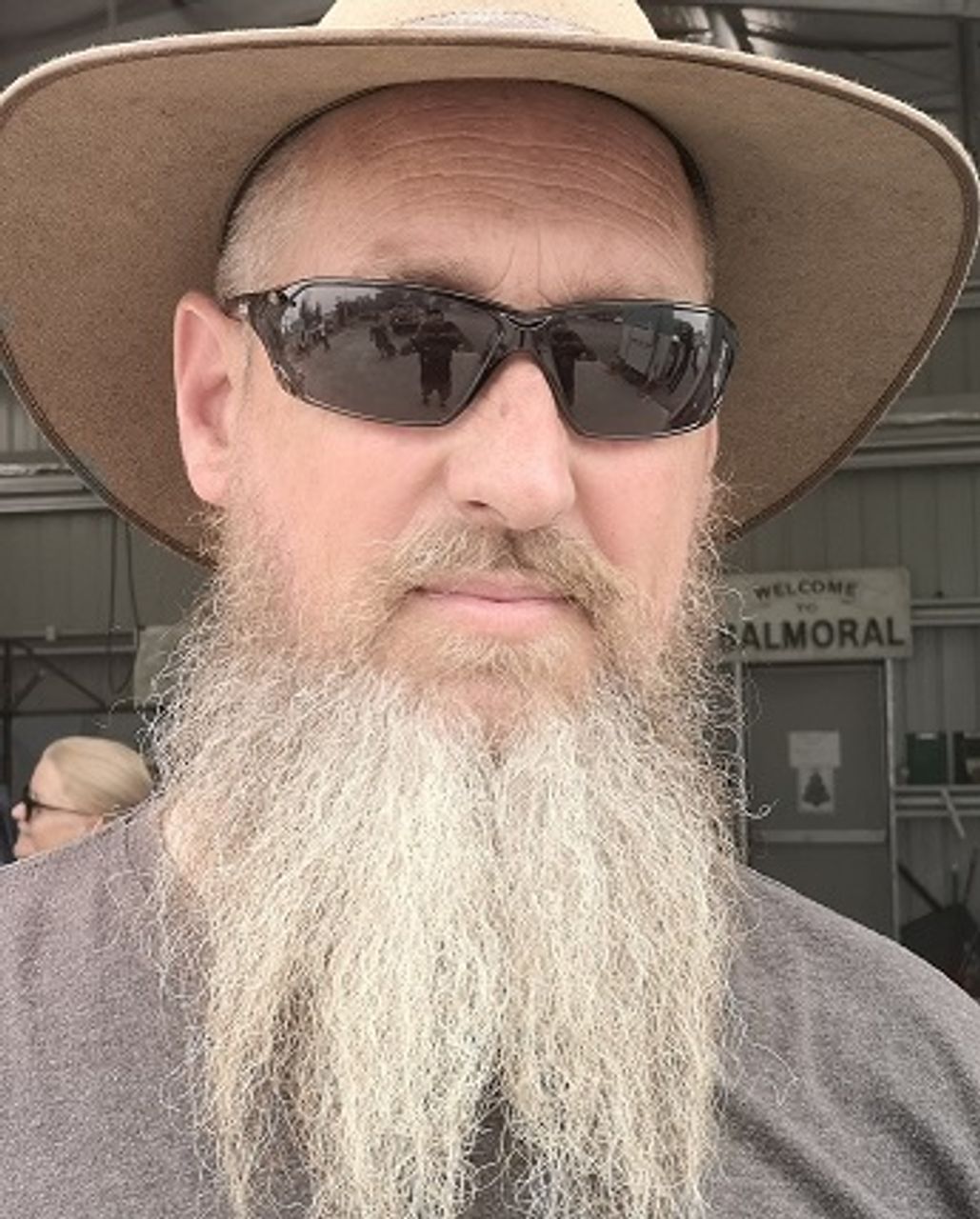 Paul, 51, described the frustration of many residents over the authorities’ failure to mitigate the effects of bushfires. “The fuel load in the bush was nearly knee-high so when you get really hot days and there’s a fire you can’t stop it. There’s only one way you can get rid of that fuel, you’ve got to burn, there’s absolutely no choice in that.

“I know people have been trying to burn for years, they have been approaching the local fire brigade, but they have to go further up the food chain, so in the end it’s bureaucracy and red tape preventing it happening.

“I’m disgusted with it. I’ve come this close to losing everything. I’ve lived in the surrounding district all my life and they always back burn. Every year the firies have their set routines but that doesn’t happen anymore. The last time would have been 10 years ago in Tahmoor…

“It’s a whole host of events all rolled into one creating catastrophic conditions, climate change, global warming, whatever they want to call it. We’ve been through tough times before but nothing like this. The size of fires is unprecedented. All the resources are stretched to breaking point.”