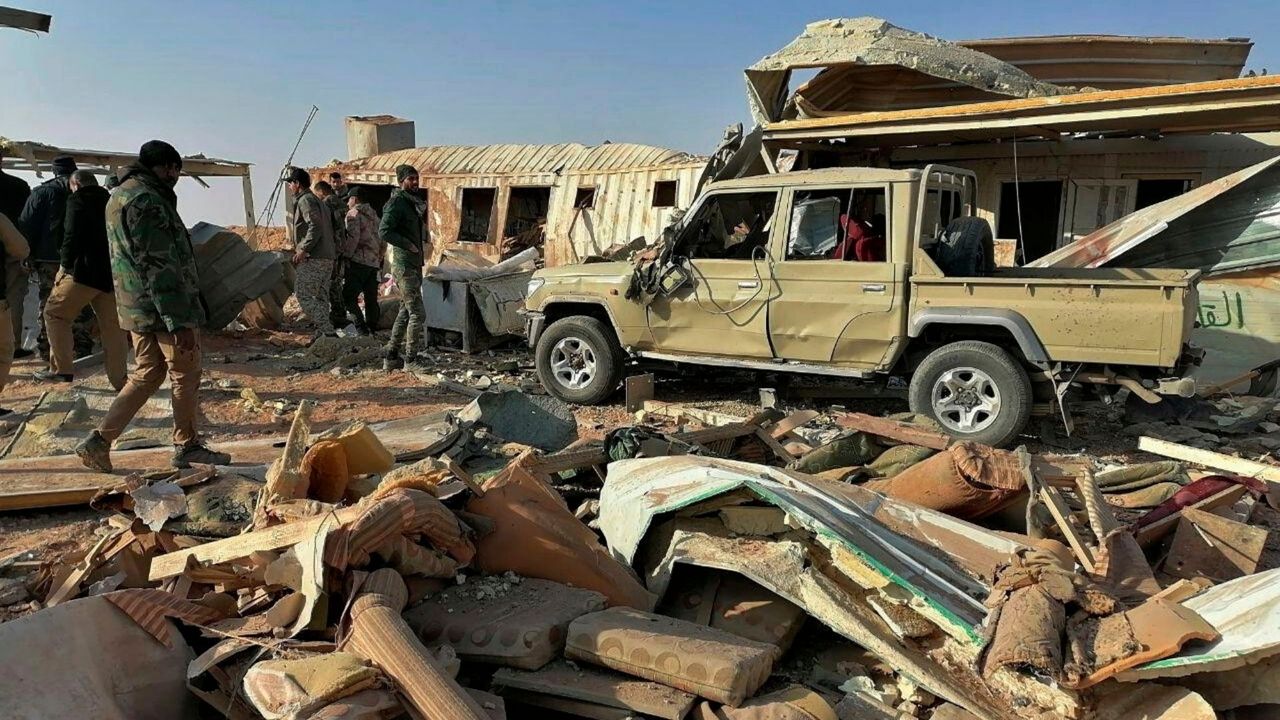 A wave of US airstrikes against targets in Iraq and Syria Sunday linked to elements branded by Washington as Iranian “proxies” has sharply escalated the threat of a direct military confrontation between the US and Iran. …

Iraqi Prime Minister Abdel Abdul Mahdi and the country’s President Barham Salih both condemned the US attack, which they said had been carried out without any coordination with Baghdad.

A statement by Abdul Mahdi’s office said, “The prime minister described the American attack on the Iraqi armed forces as an unacceptable vicious assault that will have dangerous consequences.” The statement described the US action as “a violation of Iraqi sovereignty and a dangerous escalation that threatens the security of Iraq and the region.” Abdul Mahdi reported that US Secretary of Defense Mark Esper had notified him only half an hour before the US attacks. He said he had asked him to call off the raids and had attempted to warn the militia [targeted by the US bombing], part of the Popular Mobilization Forces which Baghdad regards as part of its armed forces.

President Salih similarly said he had been notified shortly before the attacks by a US diplomatic official and had unsuccessfully called for them to be aborted. He described the strikes as “unacceptable” and in violation of security agreements between the US and Iraq.

Both officials are facing imminent ouster as a result of three-month-old protests that have shaken the country, while leaving at least 460 people dead and some 25,000 wounded. This popular upheaval has been provoked by the conditions of social inequality and mass misery that are the legacy of the 2003 criminal US invasion and occupation of Iraq that claimed over one million lives and reduced to rubble what had been one of the most advanced societies in the Middle East. The corrupt ruling oligarchy brought to power by the US and its sectarian divide-and-rule strategy is widely hated, with mass resistance to the ruling Shia sectarian parties concentrated in the predominantly Shia south of Iraq that they have purported to represent.

The protests saw a further escalation over the weekend after demonstrators demanding jobs forced their way into Iraq’s southern Nasiriya oilfield, where they were joined by workers in shutting down the key facility.

Iraq’s ruling establishment justifiably fears that the escalating US aggression will turn a country that is still reeling from decades of US sanctions, war and occupation into a principal battlefield in a new and even more violent confrontation between US imperialism and Iran. …

Defense Secretary Esper warned after briefing US President Donald Trump at his Mar-a-Lago resort in Florida that Washington could take “additional action”.

The US maintains a garrison of more than 5,000 US troops in Iraq. While US forces were for the most part withdrawn in 2011, they were redeployed following the 2014 overrunning of roughly one-third of the country by the Islamic State of Iraq and Syria (ISIS), an off-shoot of Al Qaeda that had originated under the US occupation in Iraq and had been sent into Syria in the war for regime change against the government of President Bashar al-Assad.

Kata’ib Hizbullah was one of the Iranian-backed Iraqi Shia militias that played the decisive role in blocking the advance of ISIS on Baghdad after the disintegration of US-trained Iraqi government forces. It also sent forces into Syria to fight ISIS and Al Qaeda-linked militias there. While Washington claims that it is keeping troops in Iraq—as in Syria—to assure the “enduring” defeat of ISIS, whose grip has already been shattered, their real purpose in both countries is to counter Iranian influence and prepare for war against Iran. …

Three of Sunday’s US airstrikes were carried out against targets inside Iraq, and two against facilities linked to Kata’ib Hizbullah in Syria. The most intense attacks were launched against bases established by the militia on the border that were designed to prevent the infiltration of ISIS fighters. …

The US buildup, which has seen thousands more troops deployed to the region since, came one year after the Trump administration unilaterally and illegally abrogated the 2015 nuclear agreement between Tehran and the P5+1 countries: United Nations Security Council members the US, Britain, France, Russia and China, plus Germany.

Washington then launched a “maximum pressure” campaign of economic sanctions tantamount to an act of war with the aim of driving Iranian oil exports down to zero, cutting off the country’s global financial links and provoking a social and economic crisis that would bring down Iran’s government.

A military confrontation between the US and Iran could rapidly spiral into a global war drawing in all the major nuclear powers. As 2019 draws to a close, the most urgent question confronting the international working class remains that of forging out of the social upheavals erupting on every continent a new mass anti-war movement directed against the capitalist system, the source of militarism and war.

TRUMP DEPLOYS MORE TROOPS TO MIDDLE EAST Charging that Iran was “fully responsible” for an attack on the U.S. Embassy in Iraq, Trump ordered about 750 U.S. soldiers deployed to the Middle East as about 3,000 more prepared for possible deployment in the next several days. [AP]