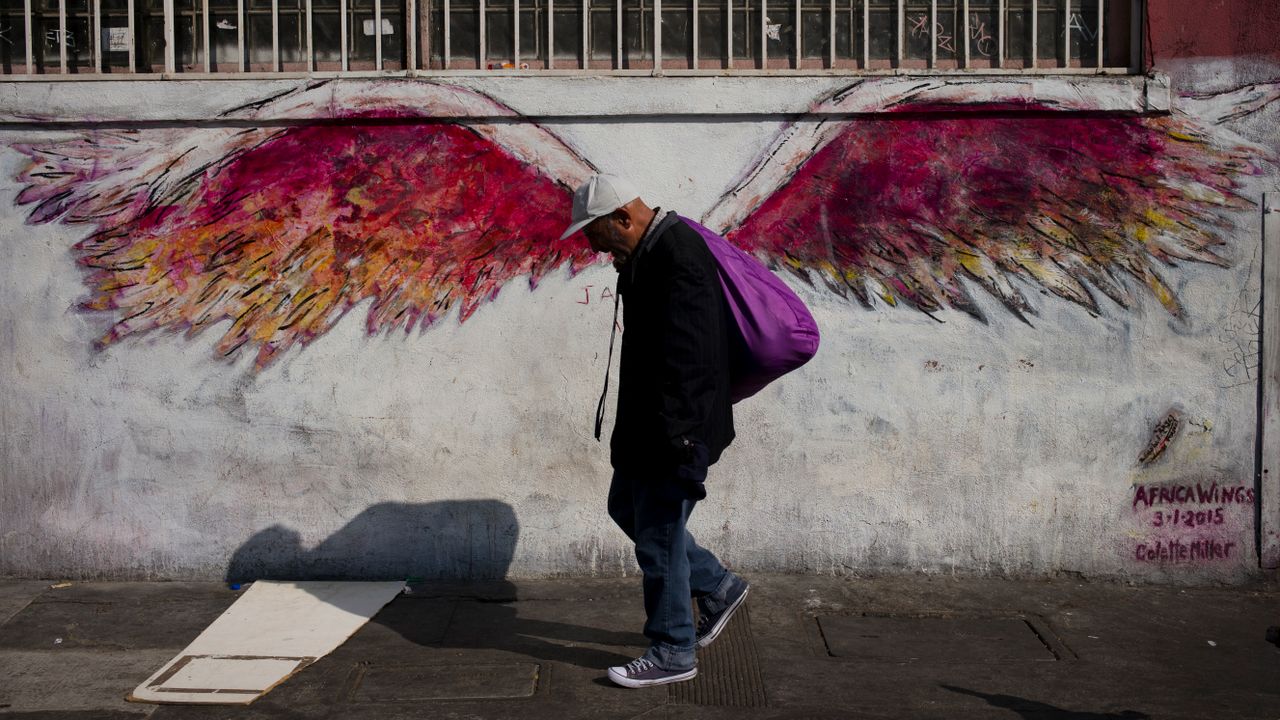 Christmas 2019: More than half a million homeless in America

This Christmas approximately 568,000 people, a population equivalent to the state of Wyoming, will mark the holiday in homeless shelters, tent encampments or in the rough, all across the United States.

Some of the homeless will not make it to Christmas as the death toll continues to mount. In Los Angeles County, a focal point of the social crisis, one thousand of the estimated 44,000 unsheltered homeless population have died in both 2018 and 2019, nearly three lives per day, side by side with the glitter of Hollywood and the wealth and privilege of Beverly Hills.

This year marked the third year in a row in which the Department of Housing and Urban development recorded an increase in the number of people living outdoors in its annual January point in time survey. This figure is likely a significant undercount as it is taken during the coldest time of the year and done by volunteers who are unable to canvass all the areas where people seek to survive without shelter.

How many will die from exposure and other causes on the holiday is unknown, but the reality is that thousands of unsheltered people are dying on the streets, encampments, abandoned homes and backlots of cities across the country every year. Tens of thousands will go to sleep Christmas Eve out on the streets of America and it is likely that dozens will not wake up in the morning.

Annual vigils and protest marches were held Thursday night in several hundred cities across the US to remember the homeless men and women who died this year. So far this year, in Washington, D.C., 117 homeless individuals have lost their lives in the nation’s capital, a huge jump over the 54 recorded in 2018. Santa Clara County, California, home to Silicon Valley, saw 161 homeless deaths. Riverside County, California, recorded 95 deaths; Portland, Oregon, marked 43 deaths, the most in that city since 2015; Salt Lake City, Utah, which recently cut the number of shelter beds by 400, saw 94 homeless deaths; Boulder, Colorado, marked 48 deaths, a doubling from 2018; and in Springfield, Illinois, that state’s capital, 13 homeless people died on the streets this year.

At a time when the ruling elite is celebrating the continued rise in the stock market and patting themselves on the back for historically low unemployment figures, the number of people who are being thrown out on the streets is on the rise. This is not a contradiction: the records set on Wall Street are based ultimately on increasing exploitation of workers through the deployment of new technologies and efforts to drive down wages, including by the creation of an increasingly desperate layer pushed to the absolute limit.

The grim figures on homelessness are a snapshot of just one part of the deepening social crisis which is gripping America as 2019 comes to an end. The opioid overdose crisis, gun violence and a rising suicide rate has driven down life expectancy, an event unprecedented among the world’s leading economies and in America’s own history.

The economic recovery since the 2008 recession has seen low-wage jobs proliferate as part of the “gig economy”, leaving millions on the verge of destitution in the event of an emergency or an accident. Workers now rely on apps like Uber and GrubHub for a tenuous employment at low wages, or turn to companies like Amazon where they can be worked to the point of exhaustion or death in a warehouse for $15 an hour.

The social and economic gap between the bottom 90 percent and the top 10 percent has never been wider. Two very different Americas exists within the geographic borders of the United States. Record corporate profits and stock buybacks continue to fill the pockets of the wealthy, while workers are forced to tighten their belts and work more for less.

A recent analysis of Census data by Pew Trusts found that the poverty rate increased in 30 percent of all US counties between 2016 and 2018, impacting working people of all kinds, black, white, Hispanic and Native American alike.

The richest one percent of Americans, with access to the best health care their money can buy, live more than a decade longer than the poorest one percent who are among those dying on the streets. And conditions of life for those at the top have never been better, with the three wealthiest families, the Waltons, the Kochs, and the Mars, controlling $349 billion, more than 4 million times the net worth of the median US family.

The 400 richest people in the US combined have more wealth than the bottom 64 percent. Under President Donald Trump, corporate and estate taxes have been slashed, ensuring that ever more wealth is funneled to the very top of society. Last year 91 of the largest corporations paid zero or negative federal income taxes and for the first time the richest individuals paid a lower tax rate than the poorest.

Despite the conventional presentation in the media and the claims of both parties that things have never been better, pointing to the mounting piles of wealth at the top, the reality for the majority of Americans is a deep social crisis.

It is notable that growing numbers of indices about the social crisis have not factored into the Democratic primaries nor have they sparked any sense of urgency from the mainstream media. While Trump promises to “Keep America Great” (for the super-rich), the Democrats simply ignore the desperate conditions confronting the working class in favor of appealing to those in the upper ten percent …

At the Democratic presidential debate last week in Los Angeles, the epicenter of the national homelessness crisis, the subject was avoided … Not one referred to the fact that the death toll among homeless people in the Los Angeles area was approaching the one-thousand mark …

Heading into the new year, the obliviousness and callousness of the American ruling class in relation to the real conditions of life for millions of workers make the French aristocrats before 1789 look like paragons of foresight and generosity.

The top one percent and the politicians in the Democratic and Republicans parties who represent them are sitting on a social powder keg. The last year was marked by a resurgence of the class struggle all over the world from France to Sudan, Algeria, Chile and Mexico, and to the United States itself where the number of strikes is on the rise.

That opposition by millions to increasingly unbearable conditions will erupt in mass struggles in the United States is inevitable but the great social problems, including homelessness and poverty, will only be resolved … [by] fighting consciously for socialism.

Over 1.5 million homeless students in the US: here.