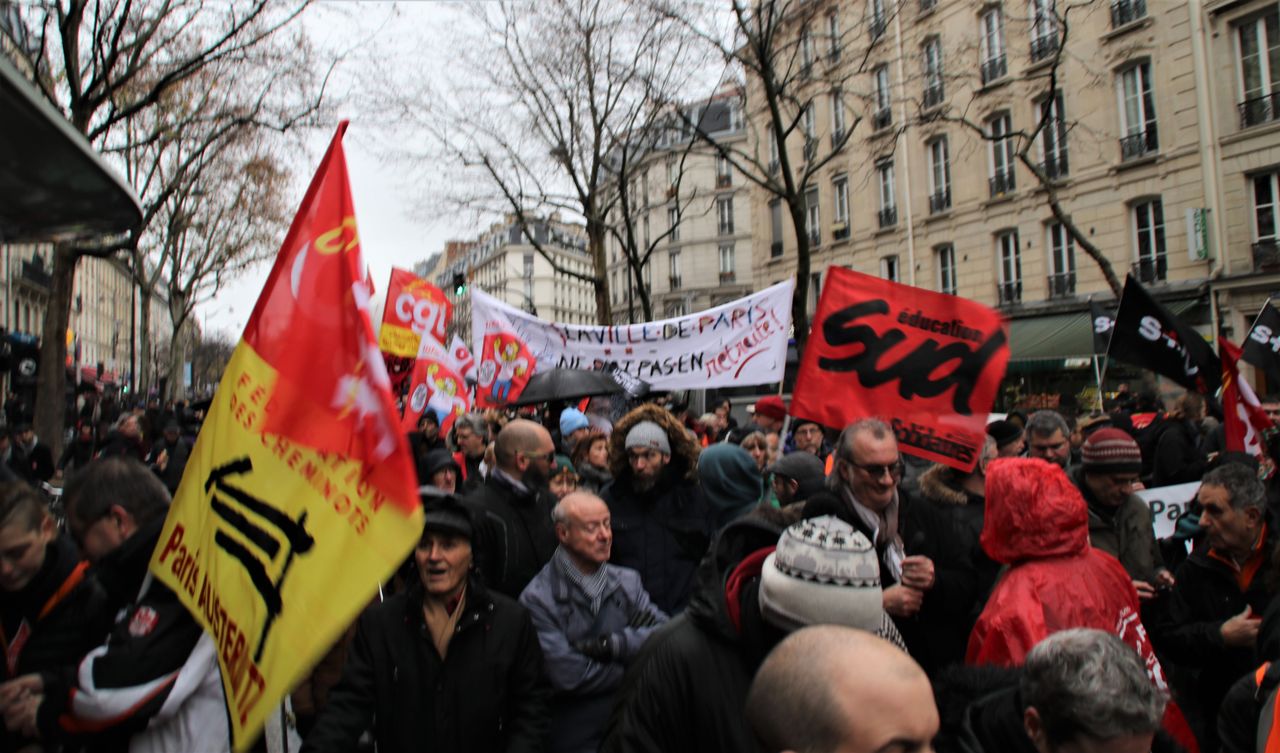 By Anthony Torres in France:

Tens of thousands of workers are continuing to organize protests and blockades across France in opposition to government plans to push through its anti-working class policies.

In Prime Minister Edouard Philippe’s nationally televised speech on Wednesday, he declared his “determination” to impose pension cuts in the face of mass strikes and protests by rail workers, dockers, hospital workers, “yellow vest” protesters and students in Paris, Marseilles, Lyons, Nantes and Rennes. … the unions have announced another national protest for Tuesday.

Philippe’s speech made clear that he will not give in … Moreover, strikers are increasingly conscious of the global upsurge of the class struggle, with mass protests in Algeria, Iraq, Lebanon, Chile and beyond, and strikes of teachers and autoworkers in America. In this situation, the only viable strategy is to fight to bring down the government, with strikers organizing in committees of action .. and aiming to build an international movement. 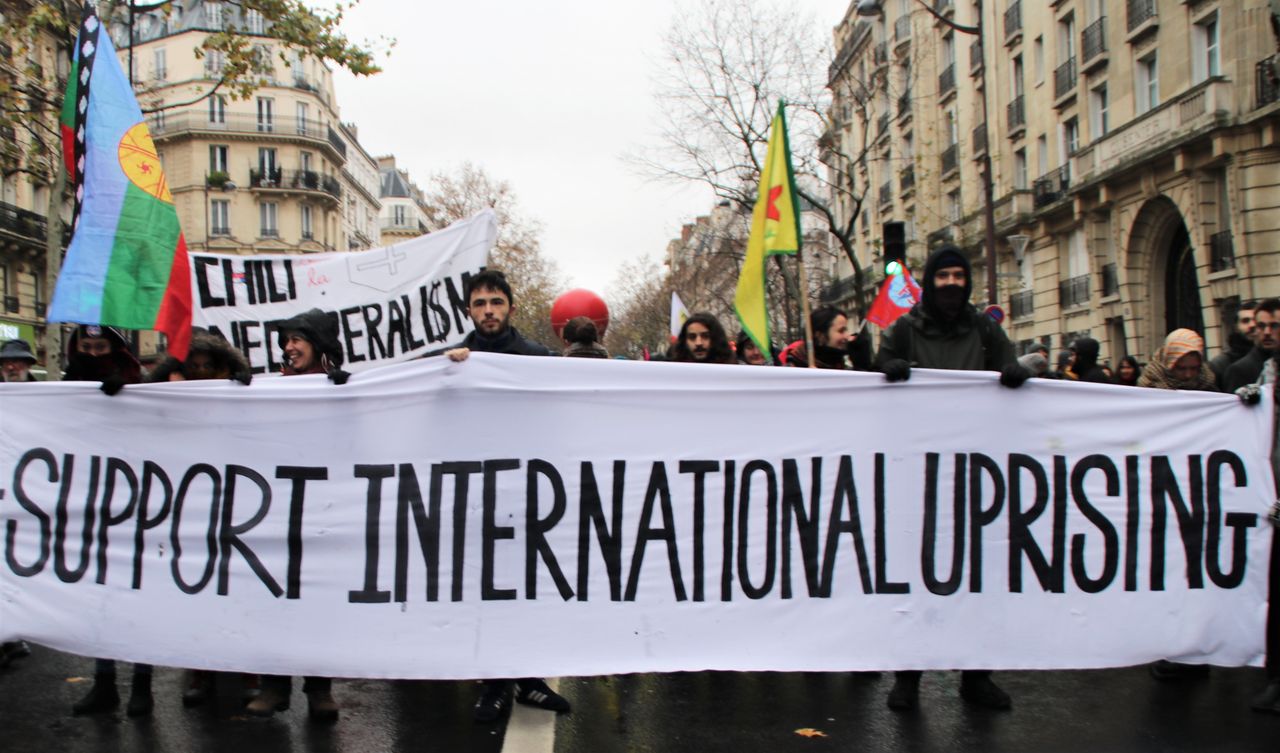 Behind the big banner is a smaller banner about solidarity with workers in Chile. And a flag of the Chilean Mapuche indigenous people.

Strikes are spreading in the ports. All the entrances to the main maritime port in Marseilles, France’s largest, were blocked starting Thursday morning. In Rouen, the port’s headquarters were blocked, and in La Rochelle too dockers blocked the commercial port. In Le Havre, dockers union official Sandrine Gérard reported: “There are roughly 5,000 to 6,000 strikers on eight main blockade points. There is no port activity at this point, the entire industrial zone is closed.”

On the French National Railways (SNCF), 17.3 percent of workers were on strike Thursday, including 71.6 percent of train drivers. Laurent Brun of the General Confederation of Labor’s (CGT’s) rail federation asserted that “there will be no truce on Christmas.” In the Paris mass transit system, 10 subway lines are still completely closed and only half of the buses are circulating, producing 544 kilometers of traffic jams in the highway network, twice the usual figure.

With seven of France’s eight oil refineries on strike, workers at the Pétroinéos refinery in Lavéra, near Marseilles, voted to shut down the operations of the facility. The facility, which makes chemical products and petrol, has not sent any fuel out for over a week. With Electricité de France (EDF) workers also on strike, the first blackouts occurred in the Lille metropolitan area, near the Belgian border, including in a mall and in several schools and day-care centers in Tourcoing.

WSWS reporters attended a Paris protest Thursday where they met Sabine, a “yellow vest” protester who works in old-age care. She said she was very angry at Philippe’s speech Wednesday: “I have been protesting for a year. I wear a yellow vest and indeed, I do not agree with his speech yesterday. They are effectively raising the pension age to 64, which is not possible. They do not put themselves in the position of people who do hard labor. Macron is in a bubble, like all the top officials in the government.” 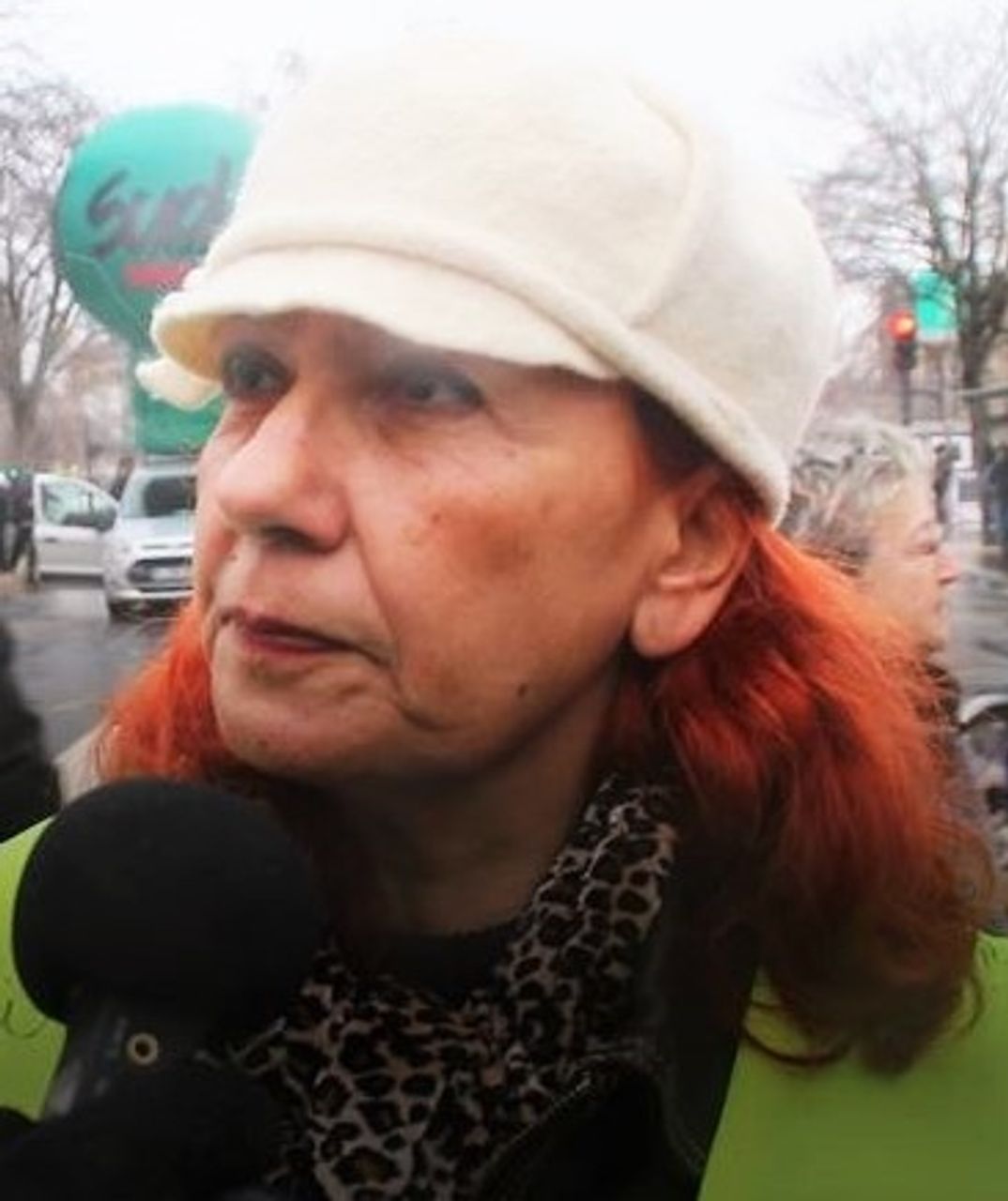 She stressed that conditions of life for old-age carers are “very tough. Already you need a car to work, but old-age carers only make 1,000 to 1,300 euros [US$1,112 to 1,446] monthly. It is not logical to try to pay for a car on a small salary, but you have to: if you don’t have a car, you will have no work. Plus it is dozens of visits each day, cleaning, moving the aged who often are totally alone. … We do not get help, we do not get bonuses, we have none of that. These are frankly degrading conditions.”

Sabine said that “in 20 years, we will have twice as many old people. I don’t know what we will do. Today we have to fight like crazy to get barely more than minimum wage. It is impossible, how will we be able to pay 3,000 euros monthly for a retirement home? Do we ask the entire family to pay, and if one doesn’t have a family then what? So, for now, we are at a dead end.”

She added, “I hear about revolution everywhere, I hear all of that, people who want to revolt and who want to bring down the government.”

Sabine said that she wanted to “continue the strike” after Philippe’s statements, as the top government officials “are incompetents, thieves and liars. We have had enough, this reform is a scam. They already have had their plans ready to introduce retirement accounts since October. The French population has understood that for over a year, they have awakened to a large extent on social media.”

The WSWS met Guillaume, a unionized railworker at a Paris protest against pension cuts. He said, “I think most people will have serious problems with this reform. … I’m not fighting just for me personally, I think this is a reform that is very harmful for the social rights that exist in France. And so that is why I am here.” 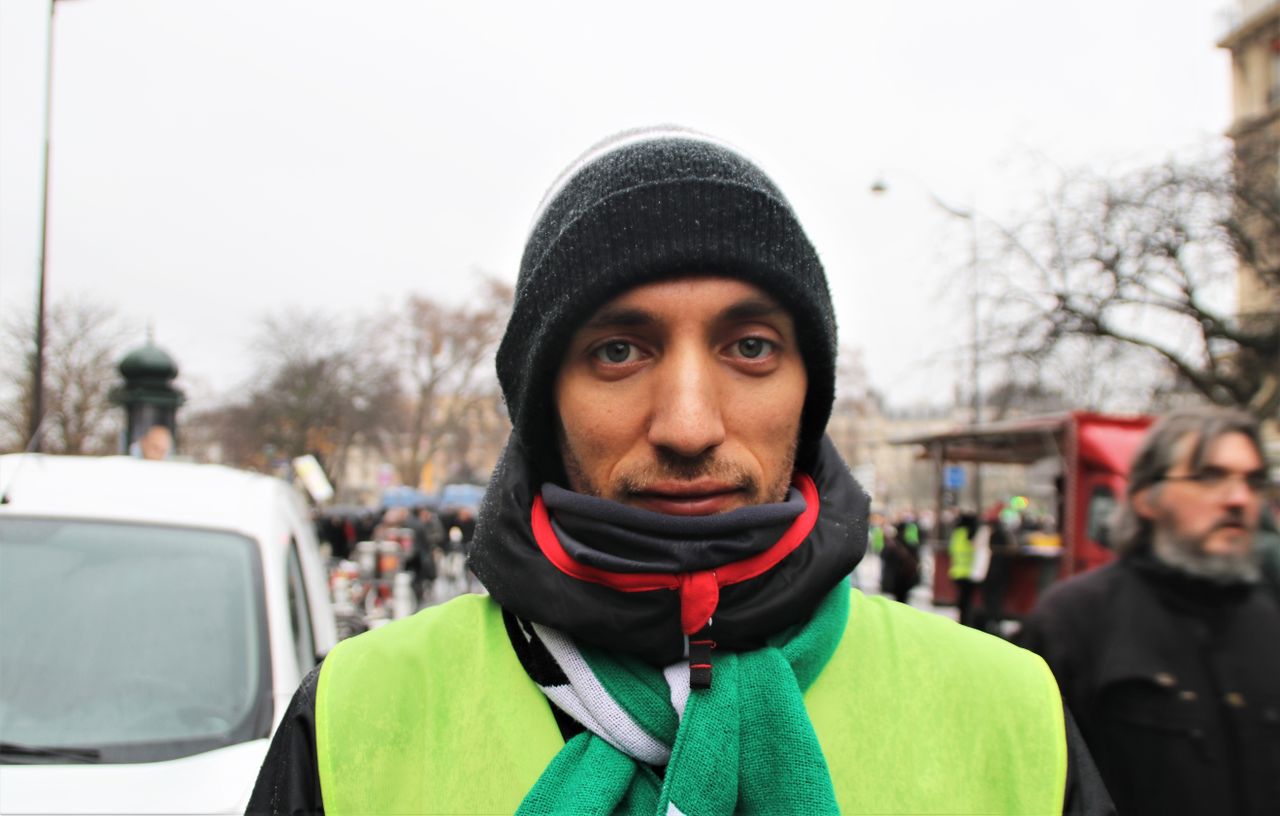 He added, “We would like to have most French people, including those not in the unions, mobilize against this reform, because it is bad for all of them.”

Referring to the October-November wildcat strike at the train repair yards in Châtillon, Guillaume said: “It shows the workers had absolutely had enough and above all it shows the failure of the labor law. … After a while, workers get together and decide to do something between themselves, there is no other way, no one represents them. When management no longer has anyone to speak to and try to fix problems, after long enough a straw will come along and break the camel’s back.”

About the struggle against the reform, Guillaume said he hoped that a strike Tuesday could perhaps convince Macron to give up his cuts: “Tuesday will be the decisive day in this struggle. If on Tuesday there are even more people out, more different industries represented in the strike, then at a certain point he will have to realize that something must be done, either taking back the reform or improving it. He cannot remain totally inflexible as he was in his speech. That is not possible.”

When WSWS reporters warned that Macron would not back down and pointed to the growing wave of struggles erupting around the world, Guillaume replied: “I think that is the solution. We are in a completely open world. To face such a globalization, the only way is for workers of the entire world to realize that together, they can ask for more—to increase the share of the cake that goes to those that actually produce the wealth.”