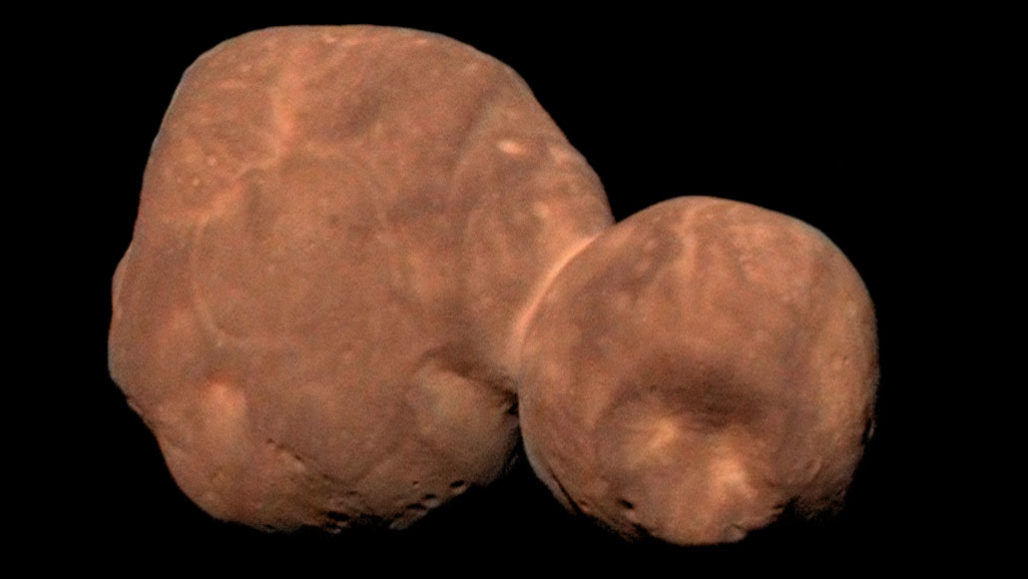 The far-flung solar system body is now Arrokoth, the Powhatan word for ‘sky’

The word means “sky” in the language of the Powhatan people, a Native American tribe indigenous to Maryland. The state is home to New Horizons mission control at the Johns Hopkins University Applied Physics Laboratory in Laurel.

“We wanted to honor Maryland as our mission epicenter, and the idea of using a Native American language from there just bubbled up,” says Alan Stern, head of the New Horizons mission and a planetary scientist at the Southwest Research Institute in Boulder, Colo. “Tying it to our mission by using the word ‘sky’ completed the trifecta.”

NASA announced the name change on November 12, with the consent of Powhatan tribal elders and the International Astronomical Union, the organization of astronomers who, in part, oversee celestial naming conventions.

Arrokoth (pronounced AR-uh-koth), a flattened two-lobed body in the Kuiper Belt of icy worlds beyond Neptune, has been through a couple of names already. Up until now, its official designation had been 2014 MU69. In March 2018, the team landed on the nickname Ultima Thule, a Latin phrase that signifies a place beyond the known world.

“[Ultima Thule] was, as we said, always a placeholder we would discard once we did the flyby,” Stern says. That moniker came under almost immediate criticism after Newsweek noted that the phrase had also been appropriated by the Nazis as the mythical homeland of the Aryan race.

The New Horizons spacecraft — originally sent to check out Pluto and its retinue of moons (SN: 7/26/15) — is still transmitting data from its January 1 flyby of Arrokoth (SN: 1/2/19) and will continue to do so for at least another year, Stern says. By then, the team will have begun hunting for a possible third target, a search they can’t start until Earth gets to the other side of the sun next summer and New Horizons once again becomes visible at night to telescopes.