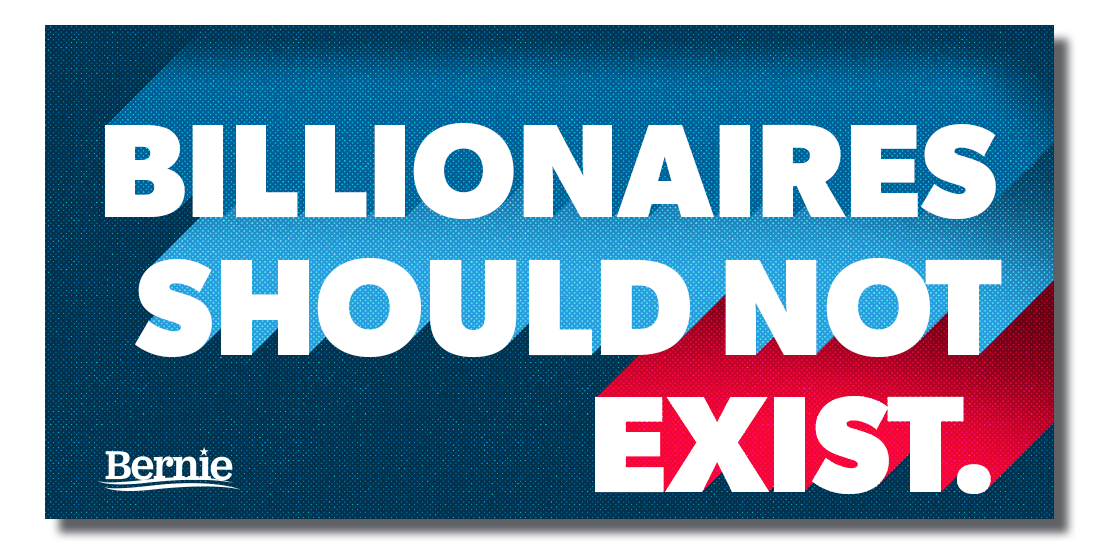 33 thoughts on “Billionaires should not exist, new Sanders sticker”