This 2 October 2019 video says about itself:

Detroit students speak out in support of striking autoworkers

The International Youth and Students for Social Equality (IYSSE) found overwhelming support at Wayne State University for striking autoworkers. One student told us:

“The amount of power has increased dramatically in the hands of the CEO’s and on Wall Street and they are trying to take your wages and your benefits and everything you’ve worked hard for. Don’t let them take it away from you. Don’t give in. Stand your ground!” 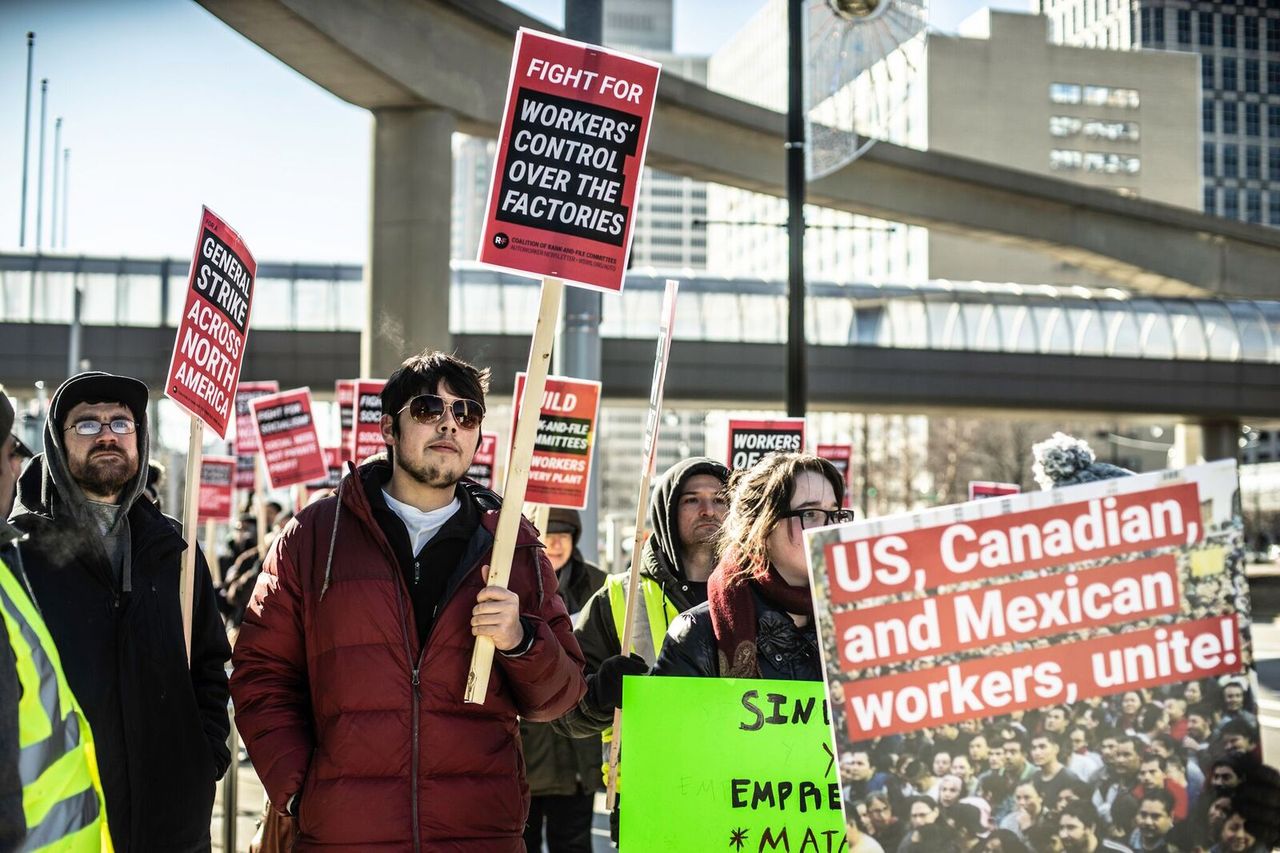 GM has decided to shut down production at the Silao Complex, its largest in Mexico, because of a growing rebellion at the plant involving workers who are demanding a united fight with their class allies in the US. GM’s decision shows that striking workers in the US have support internationally—a huge source of strength …

The 6,000 workers at Silao assemble a vast array of transmissions, engines and more than 400,000 pick-up trucks yearly—the highly profitable GMC Sierra and Chevrolet Silverado. Despite claiming the previous week that GM was “operating normally at all plants”, the company announced on September 26 that two shifts would be laid off from each area at the Silao Complex this week. The company then decided Tuesday to shut down the entire plant until further notice. The company will pay some workers 55 percent of their salaries during this period while eliminating paid vacation days from others.

Center for Automotive Research Vice President Kristin Dziczeek told AP that “the closing of the Silao plant has created greater pressure on GM to end the strike.” 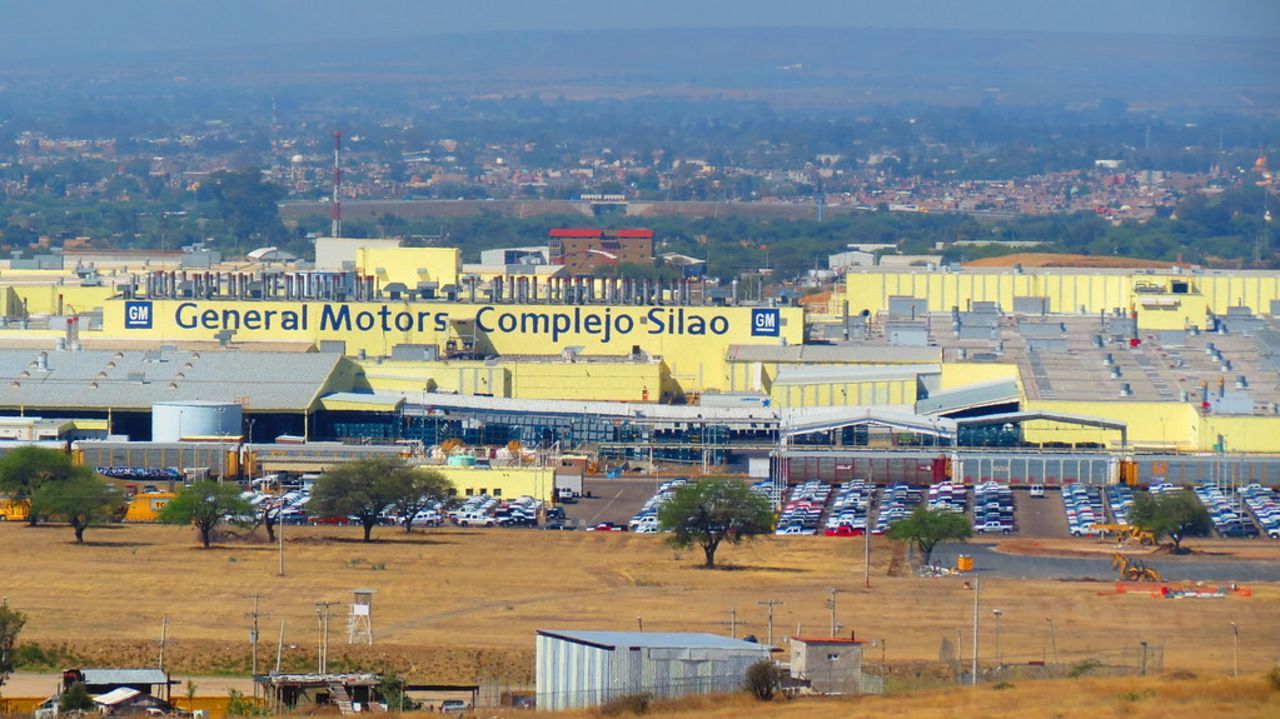 In other words, a united struggle of Mexican and American autoworkers could mark a serious challenge to the dictatorship of the corporation … This objective class unity explodes the lie put forward by politicians like billionaire Donald Trump who claim Mexicans are “rapists” and claims by Trump, the Democrats … who falsely claim Mexican workers steal American jobs.

GM Mexico said in a press brief: “We remain vigilant on the negotiations between General Motors Company and the union UAW (United Automobile Workers) in the United States to evaluate day by day our operations, hoping for the GM complex to resume work in the following days.” …

The statements of the company … are attempts to pit workers across borders against each other. That’s because all signs suggest that the decision to close Silao was aimed at preempting a simmering rebellion by workers who are already making appeals for a joint struggle with US strikers. Since the strike began, GM has fired at least 7 workers who were opposing speedups and overtime in order not to weaken the strike of American workers.

Two-thirds of parts in the cars assembled in Mexico come from the US and Canada with a significant share going through the distribution centers on strike in the US. Both GM and the UAW have cited a shortage of auto parts as the cause of the decision. However, neither explained the sudden change in calculations to shut down Silao while keeping Ramos Arizpe, San Luis Potosí and Toluca open.

On Wednesday, EFE reported that Silao workers have denounced harassment and unjustified firings “as a consequence of backing US strikers”. The re-hiring of victimized workers, it adds, “is being considered in the demands of strikers in the United States, as well as access [by Mexican workers] to the distribution of economic resources from the [US] strike fund.”

The news agency then indicates that, upon contacting the company, GM Mexico “insisted that it was false that there have been unjustified firings and that the strike fund only applies for the UAW in the United States.”

These statements demonstrate that the company was following closely the activities of the militant group at Silao taking actions in support of the US strikers when it decided to shut down the plant.

According to workers at Silao in contact with the WSWS Autoworker Newsletter, GM and its [company] trade union had escalated the harassment and unjustified firings of the more outspoken workers and those with previous injuries to prepare for speed-ups and other measures in response to a potential strike in the United States.

Many of these workers have been targeted for participating in discussions about leaving the pro-company union, which have taken place for years. These workers established a rank-and-file group in April, which kept regular contact on social media and held bi-weekly meetings in a nearby town. After reading about the UAW contract expiration and corruption scandal on the WSWS Autoworker Newsletter in early September, the workers established contact with the WSWS and began joining online conferences organized by the WSWS to discuss with autoworkers in the United States and internationally a joint struggle.

At their local assembly on September 15, the militant group, which had about 35 workers and has since adopted the name “Generating Movement”, voted to actively oppose speed-ups and overtime that GM could use to undermine a strike in the US, which began the following day. After Silao workers communicated this decision during the September 19 international online call organized by the Autoworker Newsletter and appealed to US strikers to adopt the demand that GM re-hire co-workers in their militant group, the company began summarily firing specifically those workers present at the September 15 assembly and those who sent voice messages on September 19.

The response by those victimized has been to increase their appeals to their international brothers and sisters. In their statements to the media, the Silao workers have placed front and center that they are waging an international struggle. On Wednesday, Israel Cervantes told El Otro Enfoque, “There have already been 25 co-workers fired and we demand, along with co-workers in the United States, their immediate re-hiring.”

A Fiat Chrysler worker in Toledo, Ohio told the Autoworker Newsletter that the Silao workers “are sacrificing a lot for the good. The UAW and management use the threat of sending jobs to Mexico as a scare tactic.”

It’s the class duty of all US autoworkers to come to the defense of Silao workers and adopt their re-hiring with full back pay as a strike demand.

The strike by 48,000 General Motors workers, now in its 19th day, has been driven largely by Wall Street’s demands that GM and other automakers fundamentally transform their model of employment relations, particularly for workers producing new hi-tech vehicles. The hedge funds and financial investors who hold GM’s fate in their hands are demanding the company increase the profits it extracts from workers building traditional vehicles in order to shift capital towards electric, self-driving and ride-sharing technologies. At the same time, they are demanding GM continue to dole out billions for stock buybacks and dividend payments to attract wealthy investors. The strike has ground GM’s operations in the US to a halt and led to temporary layoffs throughout the auto and auto components industry in the US, Canada and Mexico. In calls to investors, Wall Street analysts have said the strike could lead to the loss of 100,000 vehicles and up to a billion dollars in profits in the third quarter. Nevertheless, Wall Street has instructed the GM board to defeat the strike no matter what the short-term losses. To the financial elite, the long-term gains from the expansion of temporary employees and deep cuts in health care benefits—estimated to save GM $5 an hour or half a billion dollars in labor costs every year—far outweigh the short-term losses. The defeat of the strike is seen as paving the way for a thoroughgoing restructuring of class relations throughout the global auto industry and beyond: here.