This 2 October 2019 video from the USA says about itself:

In the 9th century, Anglo-Saxon King Aelle of Northumbria killed enemy prisoners by throwing them into a snake pit.

and alligators on the U.S. Mexico border. Cenk Uygur and Ana Kasparian discuss on The Young Turks.

“Donald Trump floated adding a moat filled with snakes and alligators at the border and shooting border jumpers in the legs as a solution to the influx of illegal immigration coming from the south, it was revealed Tuesday.

During a private March meeting with White House advisers, the president asked for cost estimates on several ideas he had that he felt would stop migrants from illegally crossing into the U.S., more than a dozen White House and administration officials directly involved in the events revealed in a new book.

The book, ‘Border Wars: Inside Trump’s Assault on Immigration’ by New York Times Washington correspondent Michael D. Shear and Julie Hirschfeld Davis, will be published by Simon & Schuster on October 8, but excerpts were adapted and published on the Times‘ website Tuesday.”

US President Donald Trump suggested shooting migrants in the legs to slow them down, according to a new book.

They included building an electrified, spiked border wall and a snake or alligator-infested moat.

Building a wall on the border with Mexico is one of Mr Trump’s main policy objectives.

The construction of the wall has now begun, with the Pentagon allocating $3.6bn (£2.9bn) of military funding towards its development. 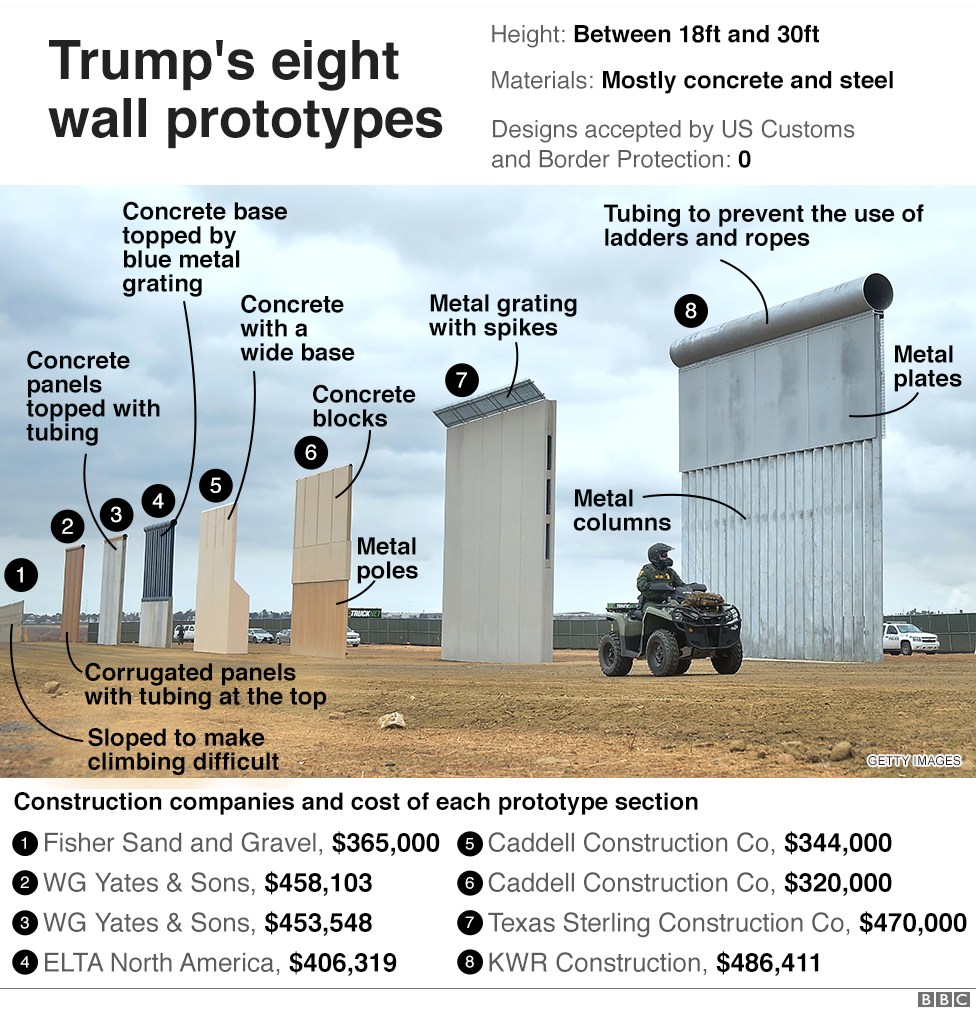 What are the authors’ claims?

The book – called Border Wars: Inside Trump’s Assault on Immigration, by reporters Michael Shear and Julie Davis, and based on interviews with more than a dozen unnamed officials – was published by the New York Times.

It chronicles a week in March 2019 when Mr Trump reportedly tried to halt all southern migration to the US. …

Mr Trump suggested other extreme measures, according to the book.

“Privately, the president had often talked about fortifying a border wall with a water-filled trench, stocked with snakes or alligators, prompting aides to seek a cost estimate. He wanted the wall electrified, with spikes on top that could pierce human flesh,” reads the extract.

The excerpt describes Mr Trump ordering aides to enforce a complete shutdown of the US-Mexico border by noon the following day, leaving advisers “in a near panic” and “desperately” trying to placate the president. …

Aides reportedly managed to change Mr Trump’s idea of closing the border, but the president later pushed out a number of senior aides who he believed were frustrating his immigration crackdown, including Homeland Security Secretary Kirstjen Nielsen.

TRUMP SUGGESTED SHOOTING MIGRANTS IN THE LEGS Trump in March reportedly suggested soldiers shoot migrants in the legs in order to prevent them from crossing the U.S.-Mexico border, according to a new book, an excerpt of which The New York Times published. [HuffPost]