This 27 September 2019 Canadian TV video says about itself:

Climate strike highlights from across Canada

Hundreds of thousands of Canadians attended marches across the country to urge government and corporate leaders to address climate change. Greta Thunberg, the 16-year-old Swedish activist who has helped spur the global climate protest movement, appeared in Montreal and addressed thousands of Canadians.

Up to half a million people joined last Friday’s climate change protest in Montreal, likely making it the largest ever demonstration in a city with a rich and tumultuous history of social protest.

The Montreal march was by far the biggest of the more than eighty rallies and demonstrations held across Canada on Friday, the last of eight days of coordinated “climate strike” protests around the world. However, large crowds, above all of young people, took to the streets in cities across Canada. An estimated 10,000 protested in Halifax, Nova Scotia, and an equal number in Winnipeg. More than 25,000 marched in Quebec City, and tens of thousands protested in both Ottawa and Toronto. Some 100,000 participated in Vancouver’s “climate strike” protest, and 30,000 more rallied in British Columbia’s capital, Victoria.

The scale of the protests attests to the growing recognition that climate change threatens ecological and social devastation, as well as to mounting popular anger at the manifest failure of the world’s corporate-controlled governments to seriously address this crisis.

That said, Friday’s protests were socially and politically very heterogeneous.

Indeed, much of the political and media establishment cynically lent them their support. This was epitomized by the participation of Prime Minster Justin Trudeau, flanked by fellow Liberal candidates for the October 21 federal election, in the Montreal march.

However, when the issue is fossil fuel pipelines in Canada, then Trudeau’s actions do not match his words.

As Greta Thunberg said, in her Montreal speech:

Anticipating student walkouts, Montreal’s main public-school boards and many CEGEPs (pre-university and technical colleges) cancelled classes for the day. On Sept. 25, Montreal Mayor Valérie Plante announced that public transit would be free across the Greater Montreal region on Friday as “a show of support” for the “climate strike”.

For tens of thousands of high school and college-age youth, Friday’s “climate strike” was their first-ever political protest. And under conditions of global capitalist breakdown—austerity and precarious employment, imperialist war and surging great-power conflict, and environmental crisis—and a global resurgence of working-class struggle, it will undoubtedly not be their last.

Delegations of teachers, nurses and other workers attended the Montreal march. But the vast majority came with classmates, friends or family.

Many brought hand-made signs. Some of these attacked big business and capitalism or focused on the imperiled environment. Others denounced consumerism and reputed excessive consumption—this in a world where the wealth of the 26 richest billionaires is equal to that of the poorest 50 percent.

“I am here because I am concerned about the risk the Earth will be destroyed,” Roger told the World Socialist Web Site. “What the governments are doing is insufficient. Financial interests pressure them to be ineffective. They are responsive to big business, to profit, and they focus on the short term, not the long term.” 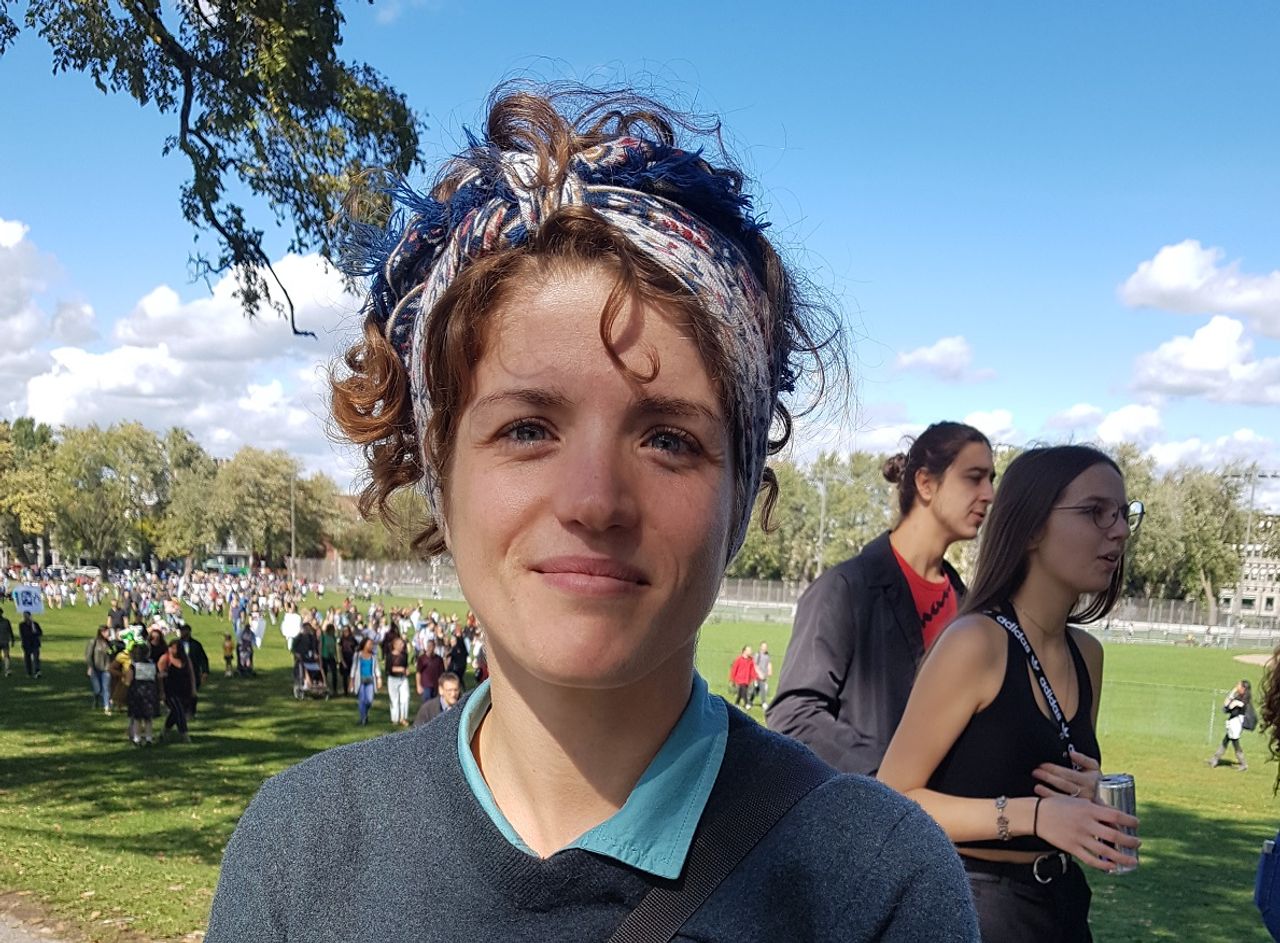 Zoé, a special education teacher, said she was demonstrating because governments have failed to act. “From a global standpoint, I think we need pretty drastic action, but instead we have tiny steps. By mobilizing in great number, we will show that climate change must be addressed.”

In speaking with the WSWS, many demonstrators emphasized the global character of the protests and enthused over the size of the Montreal march. The politicians and corporate elite would have no choice but to listen, they added, and if they did not, the protests would only continue.

In reply, WSWS reporters noted that around the world the capitalist elite is lurching ever further right. Moreover, the global corporate struggle for profit and the economic and strategic rivalry among the capitalist nation-states constitute insuperable barriers to a coordinated global restructuring of the world’s economy from reliance on fossil fuels to renewable energy.

Trudeau met with a mixed reception at Friday’s march. Some gladly shook his hand. Others jeered him, for seeking to bulldozer through the expansion of the Trans Mountain Pipeline, to transport bitumen from the Alberta tar sands to Canada’s west coast.

At the Montreal protest, supporters of the Socialist Equality Party distributed close to a thousand copies of a statement titled “The only solution to climate change is world socialism.”

The statement explained that the climate change crisis could only be addressed by reorganizing socio-economic life so as to make meeting social needs, not private profit, the animating principle; and that the only social force capable of bringing about this revolutionary change is the international working class.

27 thoughts on “Half a million Montreal, Canada pro-climate protesters”