This 29 May 2019 CNBC (United States corporate TV) video about the USA is called Why The Inequality Gap Is Growing Between Rich And Poor.

US Census report: Inequality grew rapidly in 2018 to record levels

Social inequality in the United States is rapidly reaching unprecedented levels, according to US Census data published Thursday.

The past year saw a staggering transfer of wealth from the bottom 90 percent of the population to the top 10 and top 5 percent. This is the intended result of the bipartisan social counterrevolution … carried to a fever pitch by Donald Trump, who has slashed corporate taxes and regulations with no opposition from Democrats in Congress.

Over the course of just the last year, the poorest 20 percent of the country—some 65 million people—saw its share of aggregate income decline from 3.11 percent to 3.10 percent. The share of the second poorest quintile declined from 8.4 percent to 8.35 percent, while the third and fourth quintiles, representing those in the 40 to 60 percent and 60 to 80 percent range of incomes, declined from 14.29 to 14.21 and 22.63 to 22.53, respectively.

Only a very narrow section of the population benefited from this income redistribution. The wealthiest 5 percent obtained 96 percent of the income lost by the poorer quintiles, while the next wealthiest 5 percent (the richest 90 to 95th percentile) obtained the remaining 4 percent, meaning that even those in the 80 to 90th percentile saw their income share decline or remain stagnant.

This shifting of decimal points masks the real human impact of inequality on the lives of the entire working class. The new Census data will mean increasing deaths from opioids, alcohol and suicide, higher burdens of medical and student debt and unprecedented levels of work and family stress. 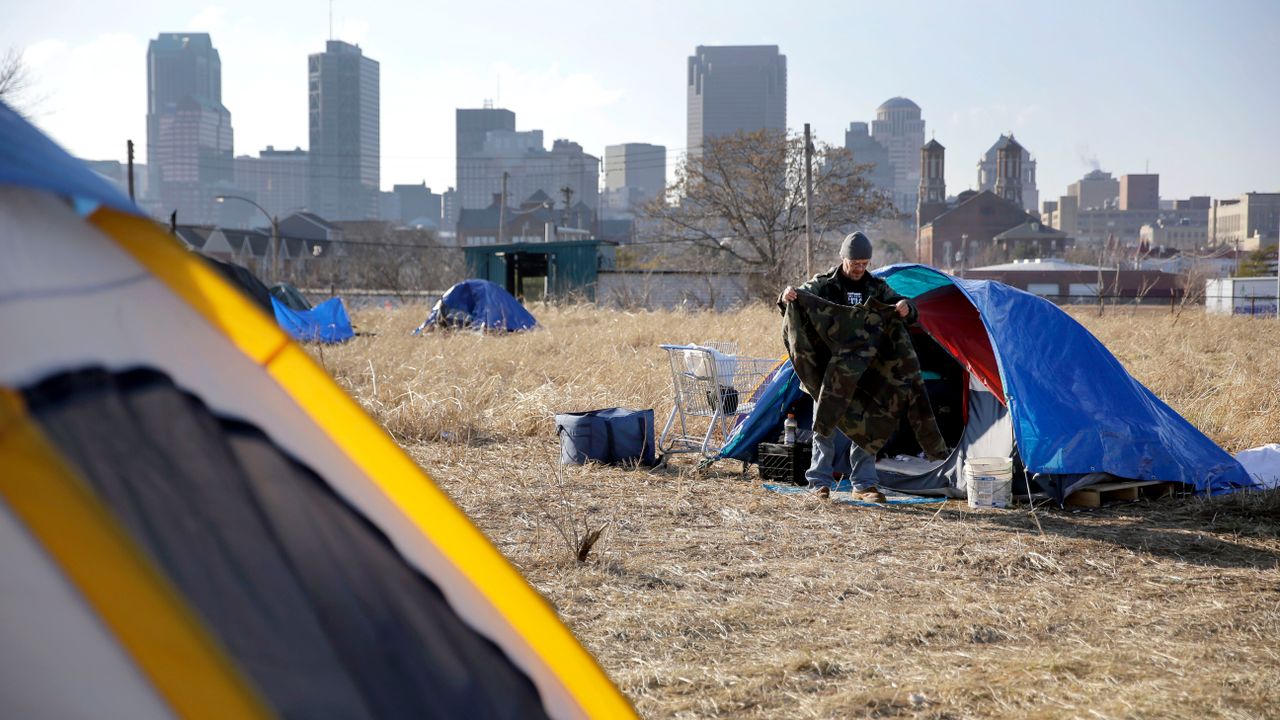 The Census Bureau reported that the national Gini coefficient—a measure of income and wealth distribution in which a value of 0.0 equals total equality 1.0 equals total inequality—was “significantly higher” in 2018 than in 2017, rising from 0.482 to 0.486, the highest ever.

According to World Bank figures, this makes the US as unequal as the Democratic Republic of the Congo and less equal than Kenya, Mexico and Malaysia.

Worlds apart: The bottom 90 percent and the top 10 percent

All of American bourgeois politics is geared toward satisfying the material needs of and working out the differences within the various elements of this privileged top 10 percent, whose interests are directly opposed to the great masses of people.

Bourgeois politicians from both parties—who are almost all personally wealthy—are sponsored by corporations and billionaire donors who control the political system. The corporate media sets the tone of political “discourse” and seeks to manipulate popular consciousness to protect the interests of the rich. Practically all discussion of the great social problems that confront the bottom 90 percent of the population are censored and kept out of sight.

While incomes for many working class occupations rose slightly, the increases were almost always minimal or moderate.

Even among those sections of the working class where incomes have risen slightly, the rising cost of living has greatly impacted the bottom 90 percent of the population.

These recent figures relate only to income and therefore understate the degree of inequality, which is best understood by calculating wealth. Income by occupation, for example, does not count the hundreds of thousands or millions of dollars which the affluent top 10 percent makes each year from investments, stock dividends, rent, and other parasitic forms of wealth accumulation. …

Inequality and the class struggle

It is not possible to comprehend the intense political crisis over Trump’s impeachment without taking into account the overwhelming influence of inequality on every element of American society.

Both the fascist Trump and the cabal of intelligence agents that directs the Democratic Party represent the interests of factions of the financial aristocracy whose primary disagreements are on the conduct of US imperialist foreign policy.

The explicitly narrow basis of the Democrats’ impeachment effort—limited to Trump’s thuggish efforts to force the president of Ukraine to dig up dirt on the Biden family’s corruption—makes clear that both factions are in agreement on tax cuts for the wealthy, near-zero interest rates to boost Wall Street, unprecedented spending on the military, and the xenophobic attack on immigrants and democratic rights.

But history shows the only way to fight social inequality is through the class struggle.

Nearly 50,000 General Motors workers are presently engaged in a struggle …

The GM strike in the US and similar struggles by autoworkers in India, South Korea, Mexico, Brazil and elsewhere show the potential for ending the period of … social counterrevolution and for launching an international offensive for social equality. New, rank-and-file committees are required to allow workers to unleash their immense social power and redistribute trillions of dollars from the banks and corporations to meet the needs of workers worldwide.

HEALTH CARE COSTS ARE EATING US ALIVE In the past 10 years, the average premium for job-based health insurance that covers a family has risen 54%, to $20,756. Moreover, the amount of that premium workers pay for family coverage has increased 71%, to $6,015. [HuffPost]