This 16 September 2019 video about the USA is called 46,000 workers of General Motors stage walkout over wages and benefits.

GM fires another Mexican worker for aiding strike in the US

At its Silao Complex in Mexico, General Motors has continued firing and harassing workers who have called for supporting the strike of GM workers in the United States by rejecting speed-ups and forced overtime. On Wednesday morning, the company fired Javier Martínez Mosqueda, who has worked at the Silao Complex for 24 years in the assembly area of final processing and heavy repairs. He was offered no explanation from management for the decision.

Martínez Mosqueda had participated in a September 15 assembly of a group of Silao GM workers known as “Generating Movement”, There, the group voted in favor of taking steps to leave the company union of the Confederation of Mexican Workers (CTM) and to organize resistance to speed-up in support of a potential strike in the US, which began the following day. Through the WSWS Autoworker Newsletter, they had been closely following the news about the run-up to the contract expiration in the US.

The fired worker supported the appeals for a joint struggle with his brothers and sisters in the US. Israel Cervantes, who was also fired recently for helping organize workers against the existing union, told the Autoworker Newsletter, “That is why he was fired. Right now, they [management] are hunting after our comrades.” 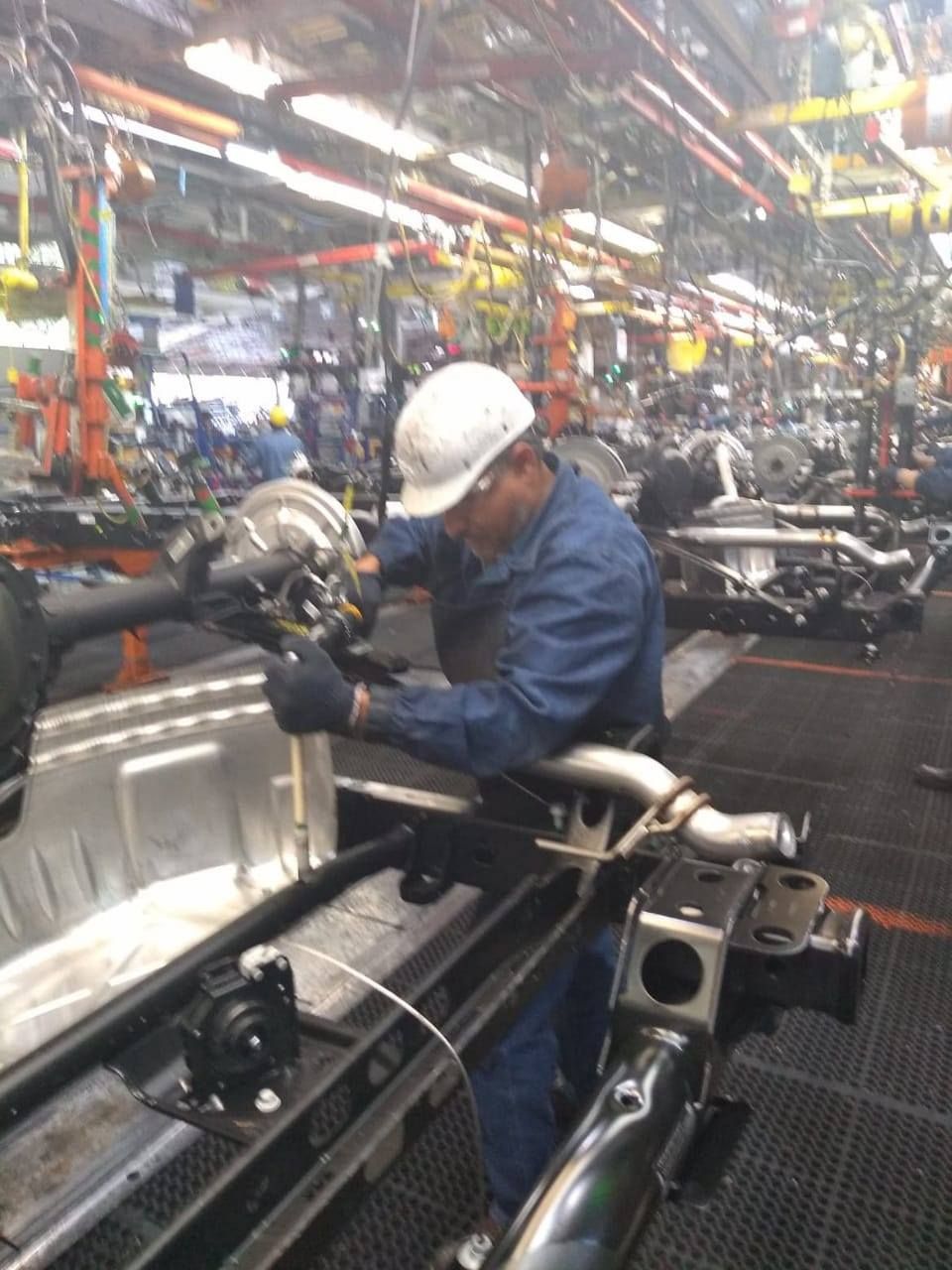 The independent group of workers sent recorded statements to a meeting of hundreds of striking autoworkers and workers internationally on Thursday, September 19. Workers voiced their support for the US strike and appealed to strikers to include in their demands the reinstallation of victimized workers and an end to corporate harassment in the Mexican plants, as well as the organization of a joint struggle. Five of the workers, including two whose names were mentioned in the audio files, were summarily fired the following day.

Martínez Mosqueda was already being targeted by the company. On September 10, he filed a complaint with the labor department at the plant. The document, which was shared with the WSWS Autoworker Newsletter, describes how a supervisor, “engineer Víctor Lozano”, has been harassing Martínez Mosqueda around the plant “with a high-handed and aggressive attitude” since September 6.

After the appeals to US workers, the mistreatment reportedly escalated, and on Tuesday, September 24, management called Martínez Mosqueda, held him in an office where they threatened and demoted him without explanation from team leader to normal operator. He was fired the following day. 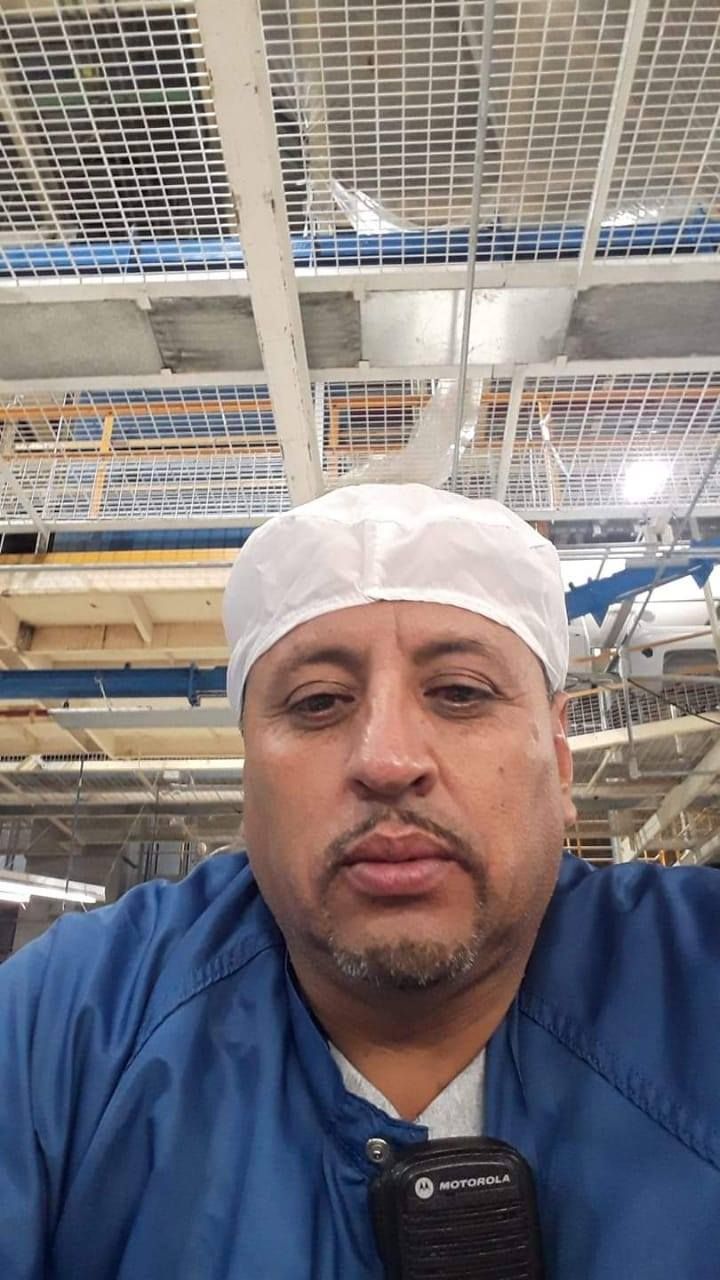 Workers at Silao report that speed-up continues in the truck assembly lines, while the areas that produce the 10-speed transmissions and engines were shut down from parts shortages due to the US strike. A worker at the engine plant said management gave the date of October 7 for when it expects the suspension to end.

Last week, a Lear plant in the city of Ramos Arizpe, Coahuila, which produces seats for GM, temporarily laid off 150 workers due to the strike, while a worker at the auto parts Inteva maquiladora in Matamoros noted Tuesday to the WSWS that workers at Plant 1, which produces dashboards for GM, were either sent to Plant 2 or suspended indefinitely at 60 percent pay.

There has been a total black-out by the corporate media in Mexico about any shutdowns taking place since those at Ramos Arizpe. Terrified by the brave response of Silao workers, the ruling class fears that these shutdowns will lead autoworkers in Mexico, who constitute a massive contingent of 767,000 natural allies of US workers, to see in the awakening of the powerful American working class an opportunity to unite their demands against decades of super-exploitation and oppression by the same transnational corporations and their corporate and trade-union stooges in Mexico.

Essentially, what the ruling elite in Mexico and their patrons in the United States fear is that workers will reciprocate the call made by Israel Cervantes to the September 19 meeting: “I call on workers across Mexico and the world to join this struggle. Let’s unite to change these dues-collecting unions that only enrich themselves, a handful of people, and forget about the needs of workers.”

Yesterday, US autoworkers across the US demanded the immediate re-hiring of all fired Mexican workers and appealed for a united, cross-national fight.

A striking GM worker from the Lansing Delta Assembly plant in Michigan told the WSWS: “The workers from Silao, Mexico were on our phone call advocating joint action against General Motors. There is always the attempt to pit us against each other, but we have to stand together regardless of the country.”

A Ford worker at Dearborn Truck Plant in Michigan said, “Many workers think they are an individual in this. But really they are not. The workers in Mexico are sacrificing for us and they are sacrificing for the working class as a whole. They are facing retribution for standing up for auto workers in the US, and we need to stand up for them.”

Another Dearborn Truck worker said, “My husband is from Oaxaca, Mexico. He was deported in 2011, and we have never been able to see him since. We need to visit our family members who are across the border. There are a lot of families like mine that are broken and torn apart right now. …We have to defend the workers in Silao, Mexico because they did not do anything wrong. They are just trying to make a living like everybody else. Their demands are the same as ours. A lot of people are tired. They want change. We need it now.”

Below we post a statement of support for striking General Motors workers in the US that was sent by Jitender Dhankhar on behalf of the Provisional Committee of the Maruti Suzuki Workers Union (MSWU) in northern India. Jitender is one of the many workers victimized for leading the bitter years-long struggle of workers at Maruti Suzuki’s Manesar car assembly plant: here.

Germany: Opel workers support GM strike in the US: here.

GENERAL MOTORS BLINKS General Motors has decided to fund health care benefits for thousands of striking workers after the company initially moved to cut them off early in the nationwide work stoppage. [HuffPost]

US and Mexican autoworkers, together with teachers, Amazon workers and other sections of the working class discussed an international perspective to win the General Motors strike in a call-in meeting Thursday hosted by the World Socialist Web Site Autoworker Newsletter. More than 200 people attended: here.

Over two hundred striking workers of Motherson Automotive Technologies & Engineering (MATE), located at Sriperumbudur, an industrial hub 40 kilometers from Chennai, the capital of southern Indian state of Tamil Nadu, were arrested by the police on September 24, when they staged a protest rally in front of the Deputy Labour Commissioner (DLC) office in Irunkatukotai: here.

6 thoughts on “General Motors sacks Mexican for US workers solidarity”