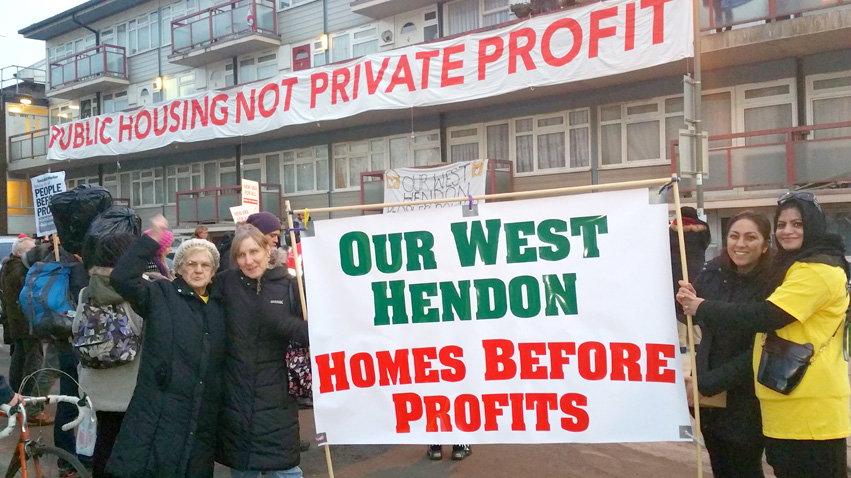 HOMELESS people are being routinely ‘screened out’ and denied access to social housing by social landlords because they are deemed ‘too poor or vulnerable to pay the rent’, research released yesterday by the Chartered Institute of Housing (CIH) has found.

They are being refused homes, in many cases because they are considered a ‘financial risk’ due to ‘the likelihood they would accrue major rent arrears after moving onto Universal Credit.’

Others were rejected after social landlords identified they had ‘unmet mental health or addiction problems’, often because of cuts to local NHS and housing support services.

Individuals with unmet support needs are regarded as ‘too high a risk to tenancy sustainment’, the CIH research says.

There are at least four million households in England waiting for social housing, and this number is growing.

Meanwhile across the UK,  there were 98,563 teenagers between 16 and 19 on Universal Credit in August this year.

That works out at around one in every 29 people in that age range.

Campaigners said the findings reflected the huge number of people ‘struggling’ on low incomes, particularly amongst youth, who are more often than not forced into part-time low paid jobs, or onto zero hours contracts.

It is then up to the claimant to divide up the money they receive between rent, gas, electric, water, food, clothes and other essentials.

However, Universal Credit represents a severe cut in the overall amount of money received, and claimants do not receive a single penny in the first six weeks after application.

The civil servants union PCS and the Labour Party are now calling for Universal Credit to be scrapped.