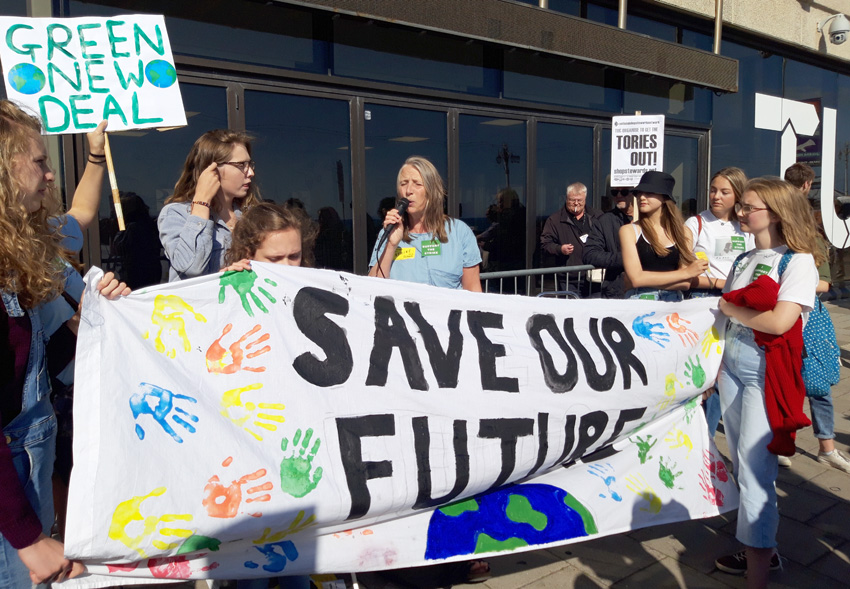 This photo shows British school students and supporters on 8 September 2019 urging the Trades Unions Congress to back global school strikes on 20th September with a 30-minute stoppage.

A representative for Fridays for the Future said: “The Global Climate Strikes are fast approaching. Time is running out to implement the changes we need to tackle the climate crisis and create a better world. Youth strikers have called for adults to stand with them and support their demands for climate justice. Now is that moment.”