By Zac Corrigan in the USA:

Voices from Ferguson, Missouri five years after the police murder of Michael Brown

Five years ago this month, the attention of the world was focused on Ferguson, a small, working-class suburb of St. Louis, Missouri. Night after night, workers and young people filled the streets to demand justice for 18-year-old Michael Brown, who was shot at least six times and left to die on the concrete by Ferguson police officer Darren Wilson.

Scenes of riot police and National Guard troops in riot gear using military vehicles to attack peaceful protesters with rubber bullets and tear gas and arrest journalists will be remembered for decades as a symbol of the disdain of the ruling class for the lives and concerns of impoverished workers and youth.

Despite a wave of protests across the country—not to mention a damning autopsy which showed that Michael Brown was shot in the top of the head—a grand jury refused to indict Wilson and President Barrack Obama’s Justice Department declined to bring federal civil rights charges. Five years on, over five thousand more people have been killed by the police in the United States.

This week, World Socialist Web Site reporters returned to Florissant Avenue in Ferguson—the scene of the murder as well as the protests—to speak to residents about life in a country where the police kill with impunity to defend a capitalist social order based on historic levels of inequality.

Kelly, a mother of two adolescent sons, was at work at a barbershop on Florissant Avenue the day Brown was murdered. “We were working. It was a normal day. And yeah…then that happened.”

“The protests came a few days later. It wasn’t violent, it was a peaceful protest. I feel like it started to become violent, or it seemed violent, when they started bringing in all the troops. It made everyone tense and made them feel like they had to fight back,” she said.

She explained that the murder of Brown was just one more horrible injustice piled on top of a lifetime of injustices for Ferguson residents. “We’re angry because we don’t have that job, or we don’t have food in the house.” 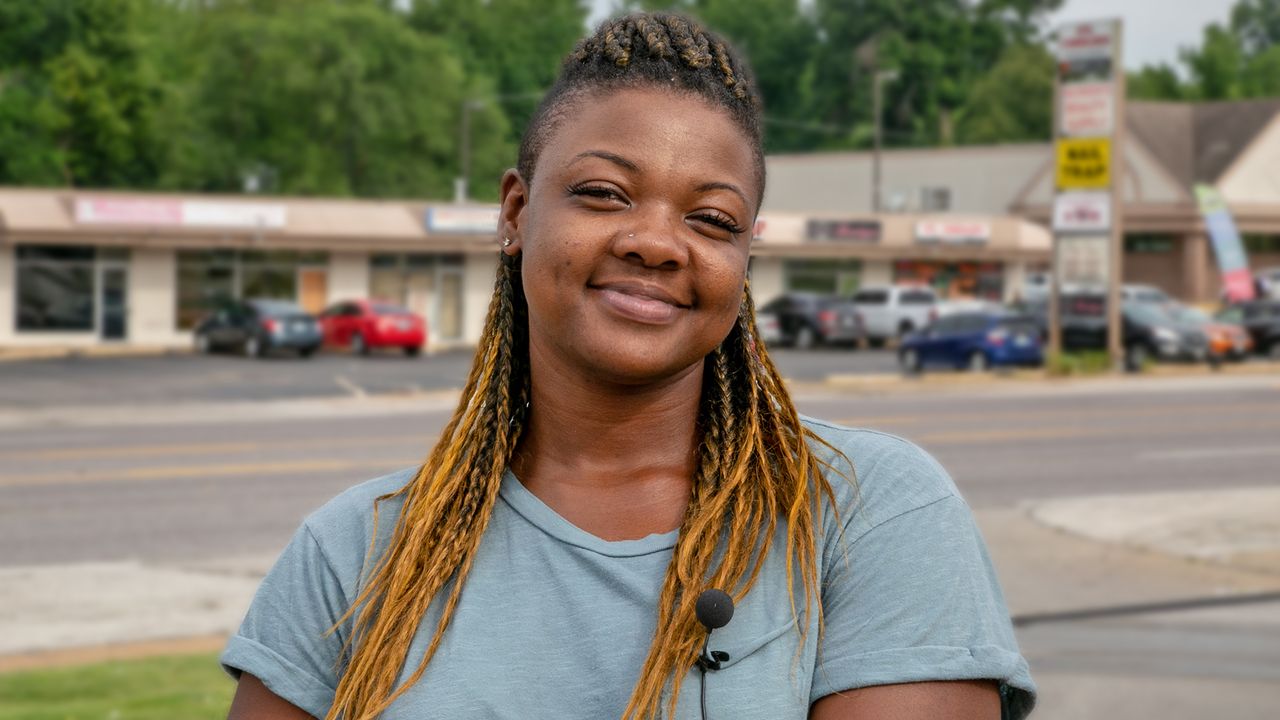 “I have a fifteen-year-old and a ten-year-old. Boys. [Comparing] when I was younger and now in the school systems, there’s a lot of things they don’t do for the children, as far as music, arts, even sports”, she said, adding, “and they’re taking away history itself! They’re not educating the children on what their real culture is. They aren’t teaching them about Martin Luther King, about what protesting is about, and what it’s really for… These kids don’t know what that is, and what it meant to the world!”

Kelly was incensed when WSWS reporters raised the ongoing campaign to erase murals from a high school in San Francisco, which depict the history of the United States including slavery and Native American genocide.

“Why do they coddle these people so much!” she exclaimed. “It’s horrible! If you hide that from your children, or from yourself, how will you be able to handle it when it comes in front of you? How will you be able to respond when you do see something like that? That’s a major part of life, to struggle. And I feel like that’s another reason why so many people are killing themselves, and [have] depression. At the end of the day, how do you know who you really are if you don’t know what made people stronger, and what made people fight harder?” she concluded.

Tremier Floyd, now thirty years old, remembers the suppression of the protests in 2014. “I was here a couple of nights. But I really didn’t want to stick around for what was about to go down,” he said.

“This was an area I frequented,” he explained. “I was very active in music and I was out here all the time with my own personal CDs [for sale]. I encountered the police in negative ways on many occasions, just for that alone. The treatment was really unnecessary.”

Tremier was in real danger. Less than a month before the killing of Brown, Eric Garner was choked to death by police officer Daniel Pantaleo while allegedly selling loose cigarettes on the street in Staten Island, New York. Alton Sterling was killed by police in 2016 as he was selling CDs outside a convenience store in Baton Rouge, Louisiana. 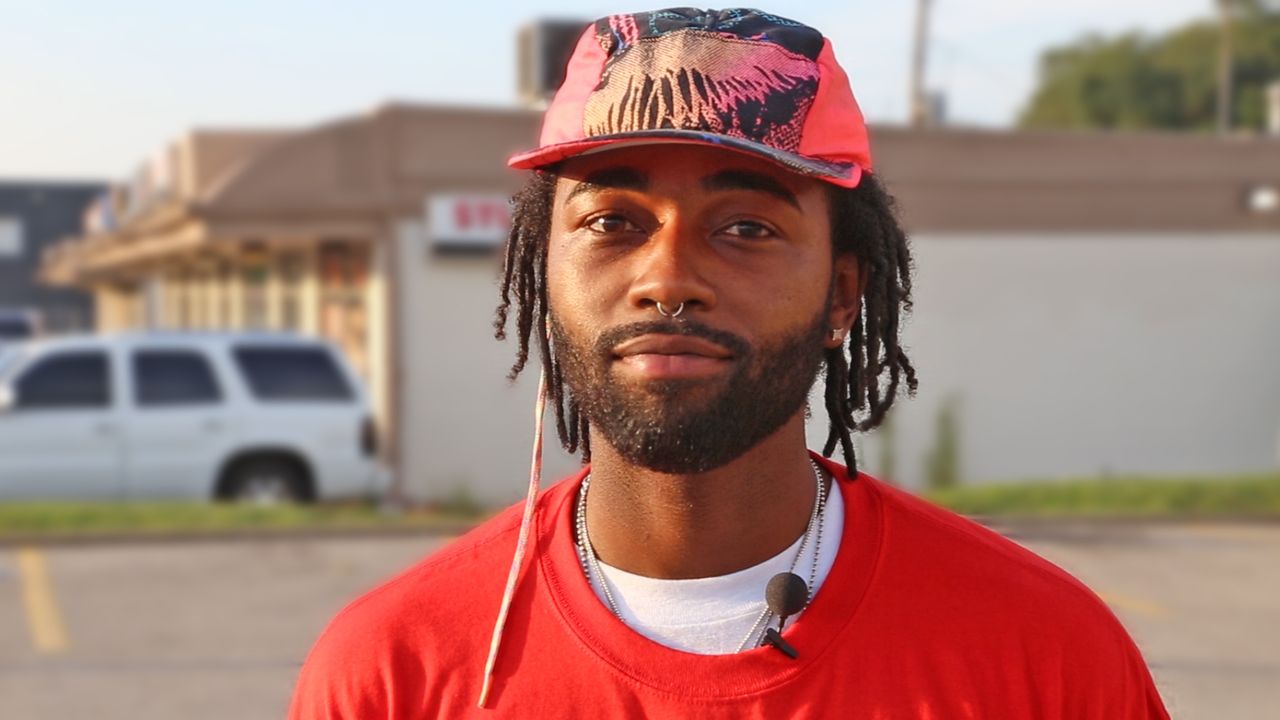 Tremier said that the fact that police have killed 5,000 more people in the last five years “really shows how the average citizen is looked at in this country. It doesn’t matter if you’re black or white—I mean, it matters, but not only black people are killed by the police. So, it just shows how much we mean to the higher-ups. Not enough. We don’t mean very much.”

Both Kelly and Tremier said that they didn’t see any point in appealing to the government to stop police killings or solve any other social problem.

Tremier explained that the experience of Obama’s first term had taught him a lesson. “When I voted for Obama [in 2008] it was because of history—him making history, and us making history. So many young people went out and voted for Obama. But after time, we all figured out that he was just what all the others are. He’s a face. He’s a puppet. He’s a politician. He proved to not be what he said he was going to be. And that’s why I didn’t vote for him a second time.

WSWS reporters raised with Ferguson residents the emergence of working-class struggle around the world: the Yellow Vest protests in France; the wildcat strike of sweatshop workers in Matamoros, Mexico; the hundreds of thousands opposing government oppression in Hong Kong; the ouster by mass protest of two governors this month in the US territory of Puerto Rico. By and large, residents were not aware of these developments due to a general media blackout but were very excited to learn about these developments.

“We need to rise up!” Tremier explained. His message to workers internationally: “Keep pushing and keep fighting! We are the vast majority, and if we were to rise up, we would make a great change throughout the world. So, don’t give up.”