On 9 August 2019, again to the recently re-opened Lakenhal museum in Leiden.

Like during our earlier visit, first to hall #1, where this 1642 painting by Susanna van Steenwijk, depicting the Lakenhal, hangs.

Then, we went to the film hall, to see a documentary on the reconstruction of the museum.

We went to the first floor. The exhibits there are about the history of Leiden city. Especially about the 17th century Leiden textile industry. Then, the Lakenhal was not yet a museum, but a quality control building for the textile business. 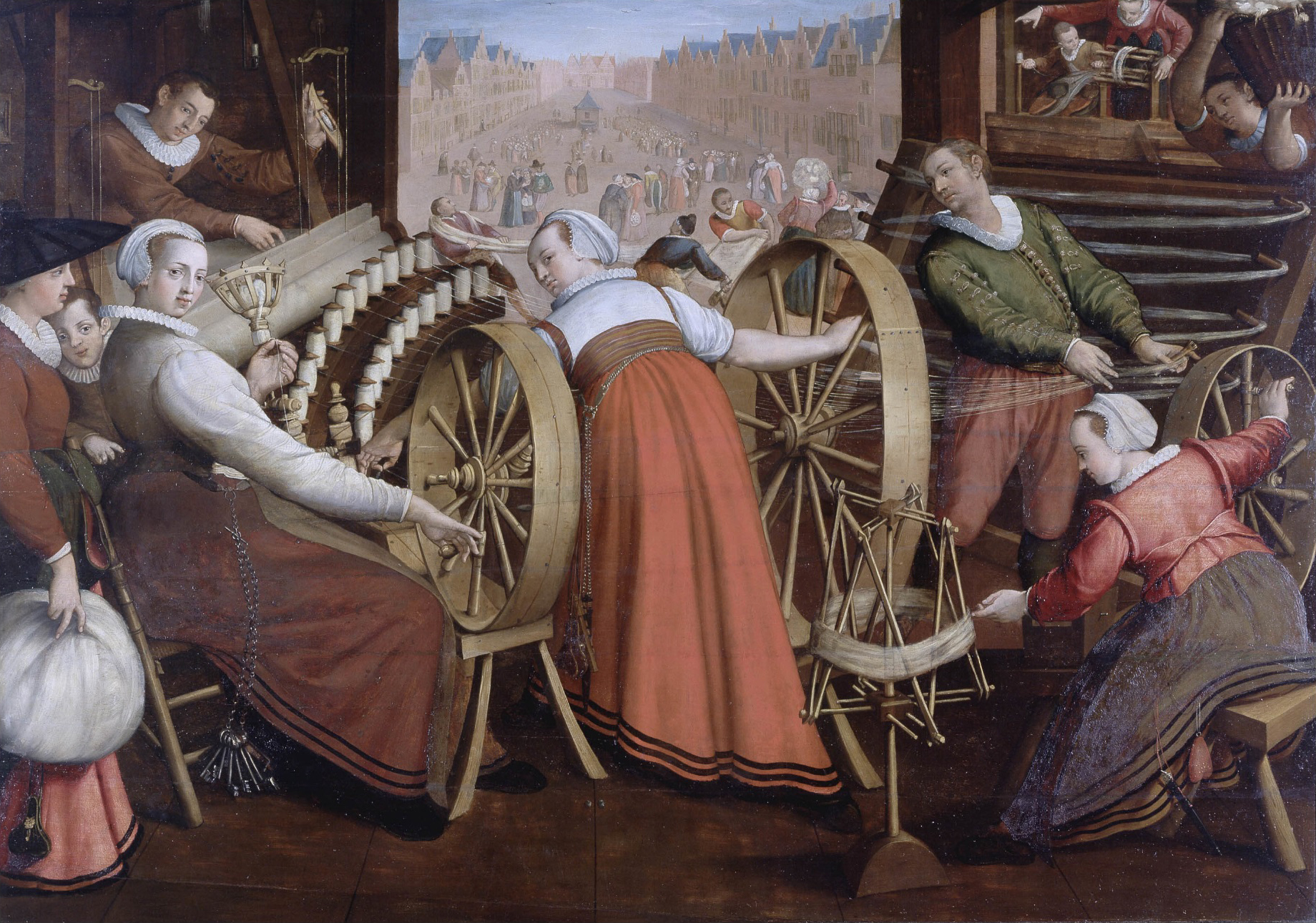 This painting depicts women spinning and weaving. The work of art is a whitewash. Van Swanenburg depicted women workers as ladies wearing fine expensive clothes. In another painting, he depicted male workers as gentlemen in expensive attire, including big ruff collars which made working basically impossible. In reality, textile work was in sweatshops. Male workers got low wages. Female workers even lower wages. And six-year-old child labourers hardly any wages.

Van Swanenburg’s whitewash is not that surprising: he was not only a visual artist, but also the mayor of Leiden.

On the second floor was art from the nineteenth century and later.

There was a hall with paintings by Leiden artist Alexander Hugo Bakker Korff (1824-1882), and also his paintbox.

On the staircase, poems by, eg, Henriette Roland Holst and Hans Lodeizen.