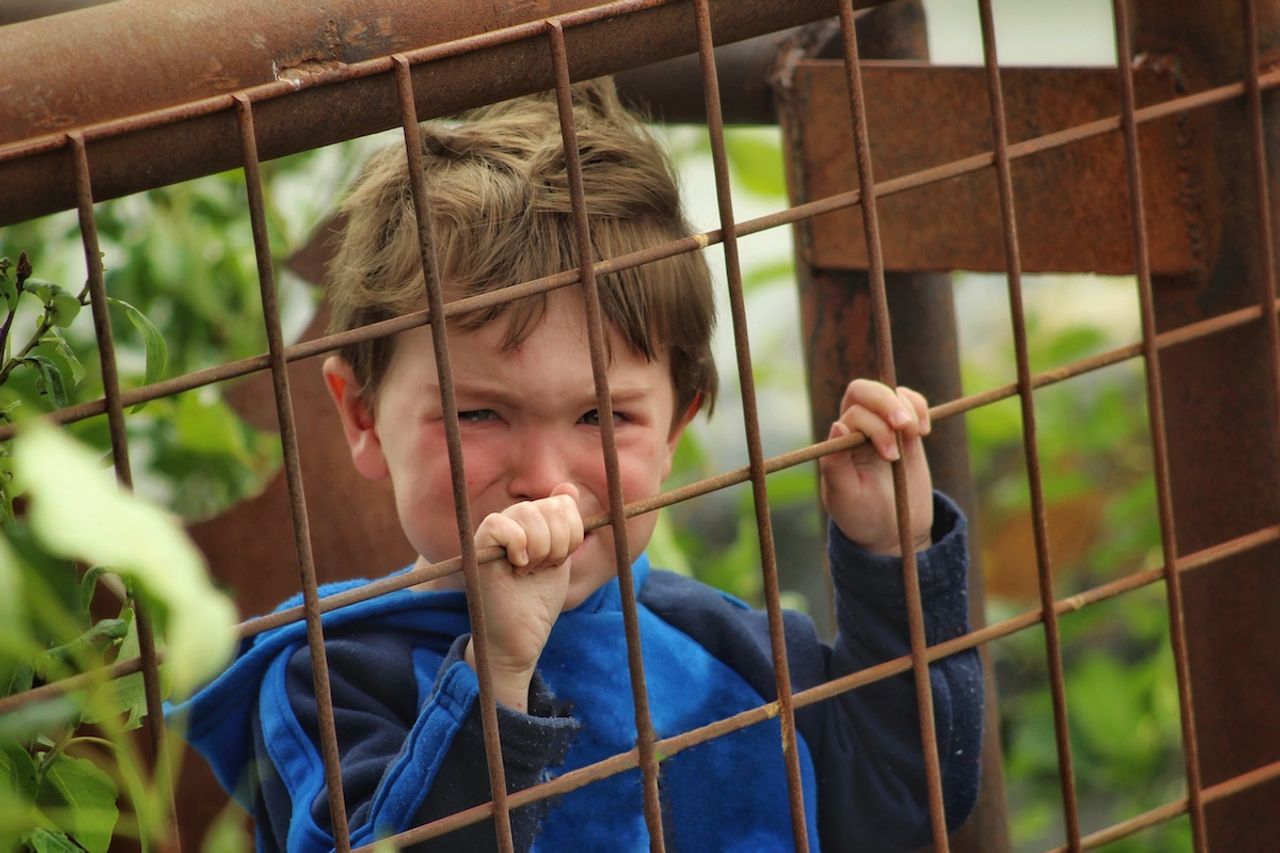 A group of doctors from Harvard and Johns Hopkins has called on Congress to investigate the deaths of immigrant children who were held in government custody after crossing the US southern border in the past year. In a letter to a subcommittee of the Homeland Security Committee on Appropriations, the group warns of the “threat of infectious diseases—particularly influenza—inside detention centers holding children.”

According to autopsy results viewed by the doctors, at least three children have died in US custody, in part as a result of influenza, since December 2018. The deaths of the children—ages 2, 6 and 16, appear to reflect a rate of influenza death substantially higher than that among US children in the general population.

While the doctors’ letter is couched in polite terms, what they point to is an indictment of the departments of Homeland Security and Health and Human Services, who “may not be following best practices with respect to screening, treatment, isolation, and prevention of influenza.”

The letter says that children housed in detention centers are at a higher risk for contracting the flu due to lower rates of immunization and higher rates of other diseases such as tuberculosis, as well as lack of access to adequate health care earlier in their lives. Added to this are the trauma and stress endured during their long journey from Central America, from heat and exposure, inadequate food and hydration and treks through perilous terrain.

Other investigations by medical professionals have documented the traumatizing situation in the detention camps, in which children are most often detained far longer than prescribed by law, in overcrowded and unsanitary conditions. Medical assessment of the children is haphazard at best, and nonexistent at worst, and the children are treated not as refugees fleeing poverty and violence, but as young criminals.

The doctors also point to what they term “a ‘revolving door’ effect, in which the centers combine a rapid turnover of child detainees with long-term detention. They say an inflow of susceptible people within a closed or semi-open community can slow the creation of immunity, increasing the risk of disease transmission.

The doctors’ letter details the cases of the three children, all Guatemalan, whose autopsies have shown they died from influenza and its complications. News sources have provided other details of their deaths. The causes of death of three other immigrant children in custody have not yet been determined.

Felipe Gomez Alonzo, 8 years old, died on December 24, 2018 in a hospital in Alamogordo, New Mexico, six days after he and his father had crossed into the US near El Paso, Texas. He was in custody of Customs and Border Protection (CBP) when he developed a sore throat and nasal congestion. He was seen at a local hospital, where he tested positive for Influenza B and was then discharged back into federal custody.

Later that same evening, Felipe developed abdominal pain and vomited blood. His father asked that he be sent back to the hospital, but he became unresponsive on the way there and was pronounced dead after efforts to resuscitate him failed. His autopsy found he died from an overwhelming infection from the Staphylococcus aureus bacteria as a complication of Influenza B.

Two-year-old Wilmer Josue Ramirez Vasquez died on May 14 of multiple respiratory infections related to influenza as well as gastrointestinal infections. He was brought April 6 to an emergency room in El Paso, Texas. The severity of his condition prompted his transfer to a pediatric intensive care unit, where he was admitted. It was found he had multiple respiratory and gastrointestinal infections, including Influenza A, Ascaris l umbricoides, Shigella, and E. coli detected in his stool. He died eight days after being admitted to the ICU.

Carlos Gregorio Hernandez Vaquez died at age 16 on May 20. He crossed the border alone near Weslaco, Texas on May 13, and was then held for six days at a processing center for unaccompanied minors in nearby McAllen, where he fell sick on May 19. A nurse practitioner found he had a 103-degree fever and he tested positive for the flu.

He was prescribed Tamiflu, an anti-viral, and transferred to the Border Patrol station in Weslaco, where he died the next morning. An autopsy report obtained by the Texas Monthly provides new details about his death. The autopsy shows he died from the flu, complicated by pneumonia and sepsis in his CBP cell.

According to the autopsy report, Carlos was fed at 2 a.m. May 20, and agents reportedly checked on him every hour. According to a video viewed by Dr. Norma Jean Farley, a contract forensic pathologist for Hidalgo County, he “is seen lying on the floor, vomiting on the floor, and walks over to the commode, where he sits and later lies back and expires.” The report notes without explanation that “the time on the video is incorrect”, so the exact time of the boy’s collapse is not known. Carlos was found at 6 a.m. that same morning and declared dead 12 minutes later.

The doctors’ letter says that of the approximately 74 million US children, there were 124 deaths due to influenza reported to the Centers for Disease Control and Prevention (CDC), or about one reported death per 600,000 children. By comparison, with at least three deaths in as many as 200,000 immigrant children detained, the rate is about one in 67,000, nearly 10 times higher.

The Harvard and Johns Hopkins group makes the following recommendations to curb the spread of the flu among child detainees:

• All children should be screened for symptoms of flu-like illness upon intake and transfer to a new facility.

• Children with flu-like symptoms should be tested for the influenza virus according to CDC guidelines.

• Children with flu-like illnesses should be isolated in their own room, or in a room with others with similar illness.

• Children with flu-like symptoms should be given antiviral treatment pending testing for influenza, as treatment is most effective if initiated in the first 48 hours of symptoms.

• Children with severe symptoms, including respiratory failure and pneumonia, should be immediately transferred to the hospital.

• All children over the age of 6 months should be vaccinated according to the proper schedule per age.

It is highly doubtful, however, that any of these recommendations will be followed. In fact, it is difficult to even determine what type of protocol is being followed in the detention centers holding children. The US government has not provided an assessment of vaccination rates among detained migrants.

The CBP is required by law to transfer unaccompanied children to the Office of Refugee Resettlement (ORR) within 72 hours, but officials acknowledge repeatedly failing to meet that requirement this year. According to two CBP officials and two other government officials who spoke to the Washington Post on condition of anonymity, about half of the children are being held longer than 72 hours, some longer than a week.

In a rare visit in May to a detention facility near the southern tip of Texas, the Post found the center was holding 775 people, nearly double capacity, and that “adults and their toddler children were packed into concrete holding cells, many of them sleeping head-to-foot on the floor and along the wall-length benches, as they awaited processing at a sparsely staffed circle of computers know as ‘the bubble.’”

Conditions of children in detention

Judy Melinek, a forensic pathologist and CEO of PathologyExpert Inc., who also signed the letter to Congress, told Texas Monthly that she was shocked at the conditions in which children were being held. She viewed young Felipe’s autopsy report.

“Prolonged custody of mixed groups of migrants from different regions in close quarters increases the likelihood of transmission of respiratory pathogens such as influenza,” she said. “In my opinion, there needs to be a public health audit of the policies and conditions in these migrant camps and a forensic review of all migrant deaths.”

The CBP has not responded to specific questions about Felipe’s care, but a spokesperson claimed people with flu “are handled as appropriate, depending on the specific circumstances. Children with flu may be diagnosed and treated on-site by CBP medical personnel or may be referred as appropriate to the local health system for diagnosis and treatment.”

According to the American Academy of Pediatrics, all children require what is called a “medical home”, a personalized approach to primary care that relies on the relationship between the patient, physician and a coordinated care team. This is especially true for children leaving immigration detention facilities, due to the psychological trauma and physical health risks they have endured.

However, with children being treated as prisoners rather than refugees, they and their families are fearful of being in contact with the immigration system once they have left detention. Also, doctors providing care to children at CBP facilities are barred from communicating with physicians in the surrounding community.

According to the CDC, in addition to influenza, cases of pneumonia, tuberculosis, chicken pox, scabies and lice have been reported among migrant children at border facilities and shelters and during ORR screenings. This is the hell on earth awaiting children and their families fleeing Guatemala, El Salvador and Honduras.