The Socialist Equality Party (SEP) took the campaign to free imprisoned WikiLeaks journalist Julian Assange to the 135th Durham Miners’ Gala on Saturday, winning support from former miners, their families and the many workers present.

The Durham Miners’ Gala is an annual labour movement event. Held for the first time in 1871, it attracts an estimated 200,000 attendees in celebration of the town’s coal mining heritage. It features a banner parade with brass bands, a cathedral service and political speeches. Delegations travel there from across England and abroad, from former mining communities, trade unions and political parties. 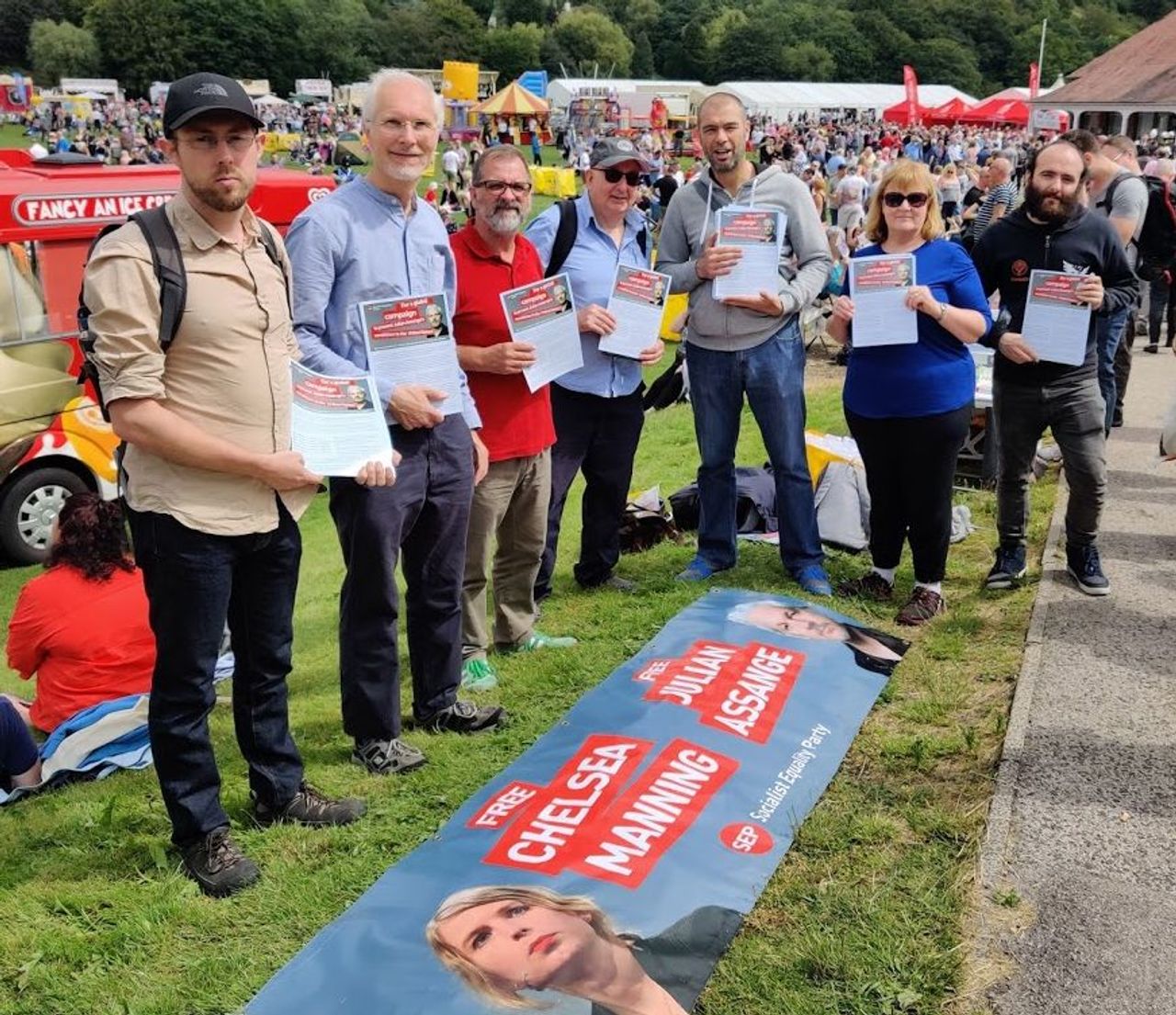 SEP campaigners distributed copies of the June 20 call by the World Socialist Web Site, “For a worldwide campaign to prevent Julian Assange’s rendition to the US!” Over 600 copies of the statement were distributed as a four-page colour brochure. More than 20 people signed up to support or join the campaign. 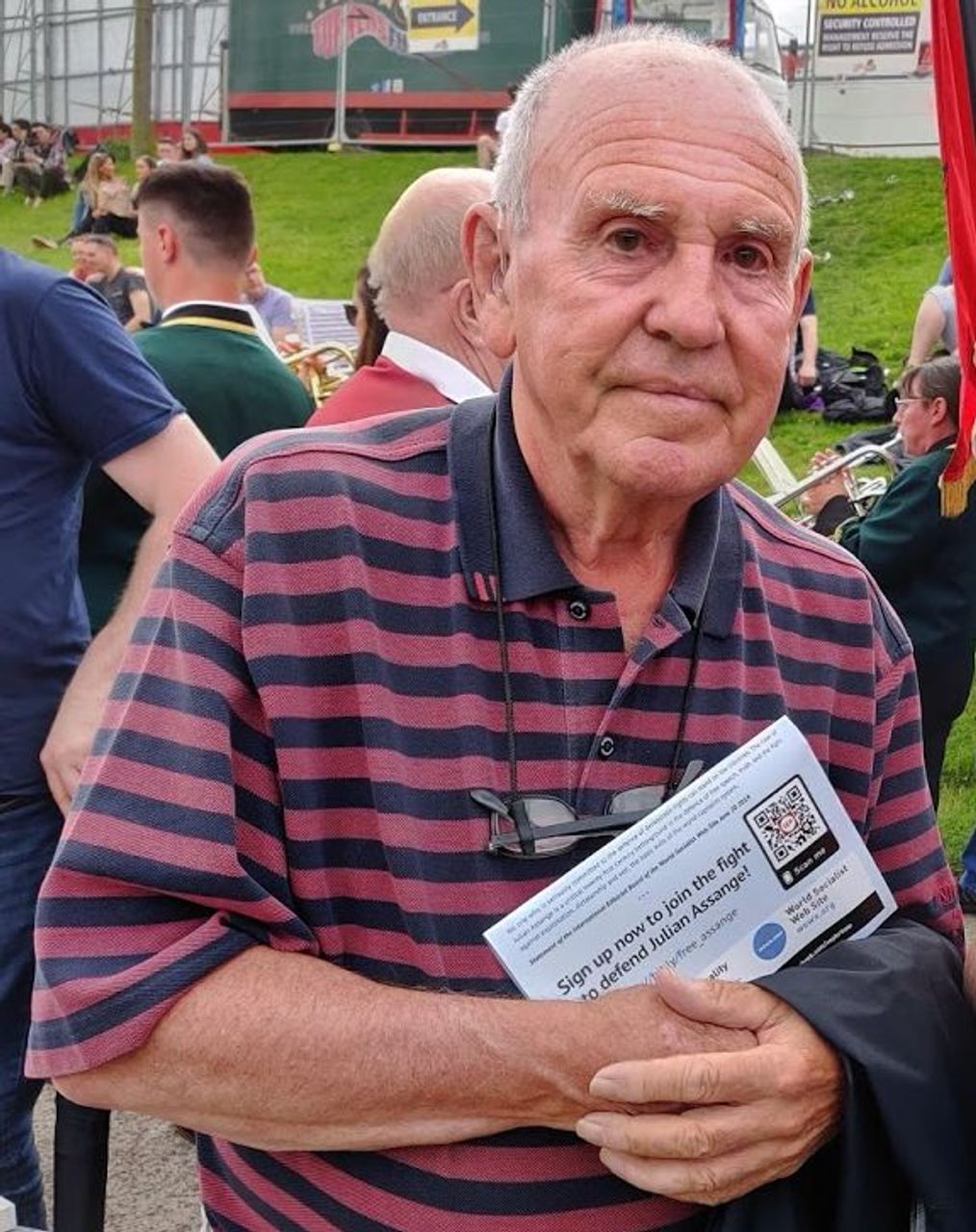 Jim Clark, a former Durham miner, said, “I’ve been acquainted with the Assange case for many years. He came to prominence with his disclosure of the lies we’re being told. The way information is being suppressed for many decades this comes as no surprise to me. As soon as the ruling class are threatened in any way, they will use whatever power they’ve got—the control over the media, over state institutions—to destroy people. This is what working people have got to realise.”

Asked about the role played by Labour and the trade union bureaucracy, he said, “I’m familiar with the origin and development of the Labour Party in particular. Of course, it was never a socialist party to start with. There were socialists involved in its origination, but the Labour Party is a reformist party. It believes in making little bits of reforms and accepting the few crumbs that are falling from the table. It has never been prepared, even today, to challenge the international power which rests with the financial classes.

“The 1984-85 miners’ strike was a threat to the ruling class; the whole power of the state was employed to destroy the miners and the communities and their organisations. It’s the same with journalism. The majority of journalists in the UK are working for press barons such as Murdoch and the Barclay brothers, tax evaders.

“I’m an old-fashioned class warrior and make no apology for it. When Marx was writing about the state in the latter part of the 19th century, the same problems exist today as they did then.” He concluded saying, “You’re doing a great job!” 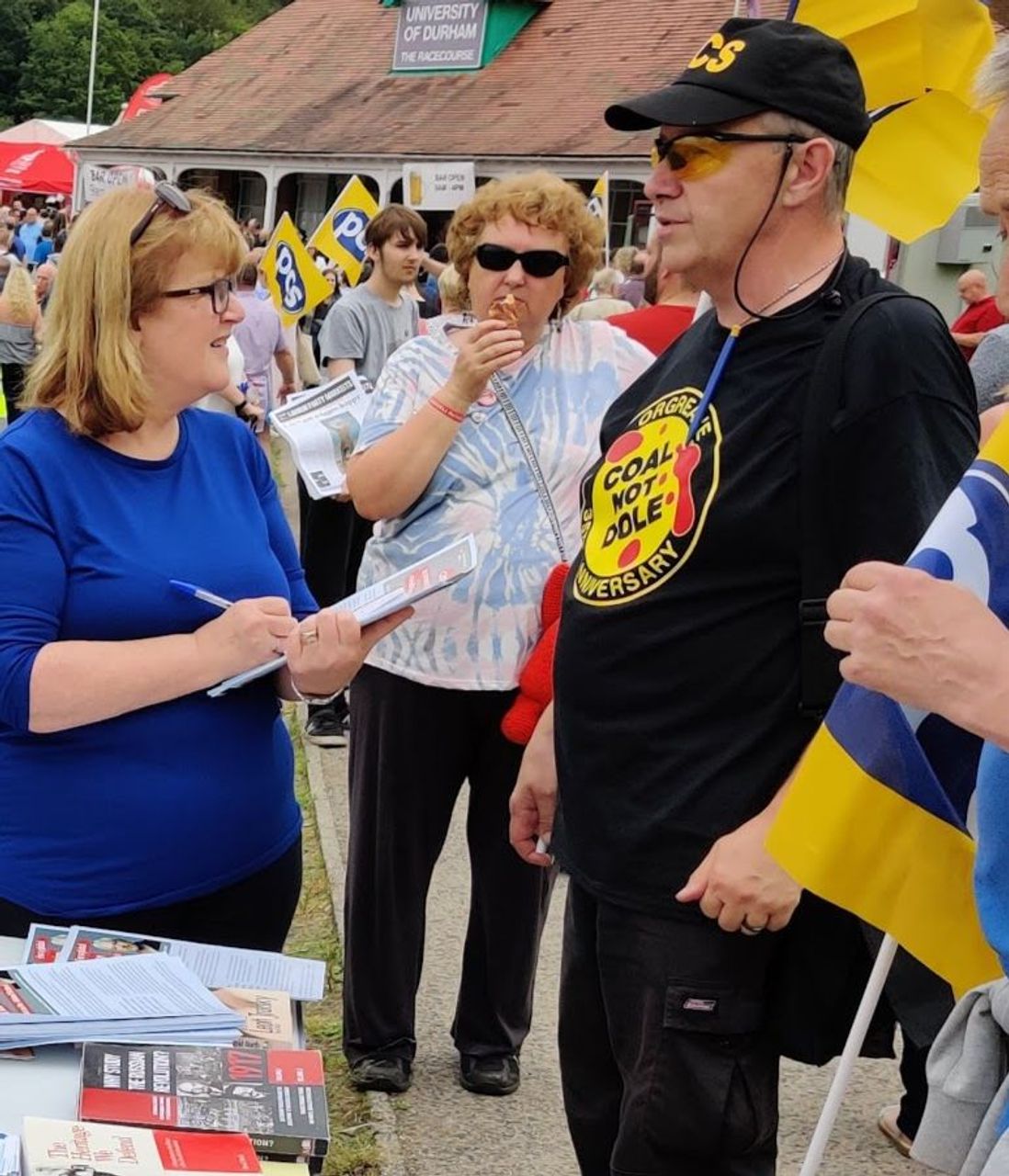 Derek Richardson, who comes from a mining family, said, “It’s a disgrace that press freedom has been destroyed. There is no press freedom for Julian Assange, and Chelsea Manning is back in prison. There were illusions in the Global Conference for Media Freedom, but this was a party-political broadcast for full control of the media by the state.” 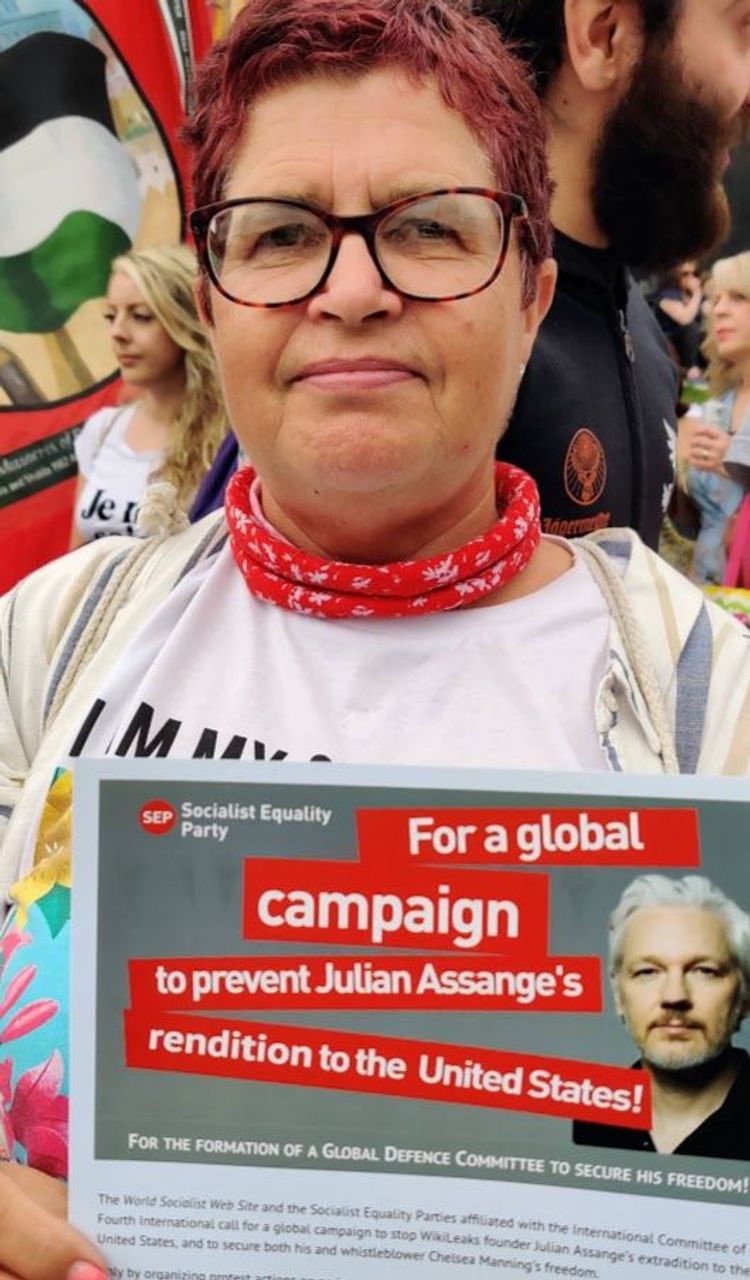 Susan Simpson is from a mining family in Wakefield. She said, “It is appalling what is happening to Assange. If this happened in a Third World country for exposing the truth, they [Assange and Chelsea Manning] would be celebrated. Did they really need all those police officers to drag him out, when he was clearly ill? It’s one of the biggest travesties ever. There should be more people up in arms.”

Ex-miner John and his wife Linda supported the campaign to free Assange. Linda said, “He’s done nothing wrong but tell the truth! He should be free, it’s Tony Blair that should be behind bars for war crimes.” 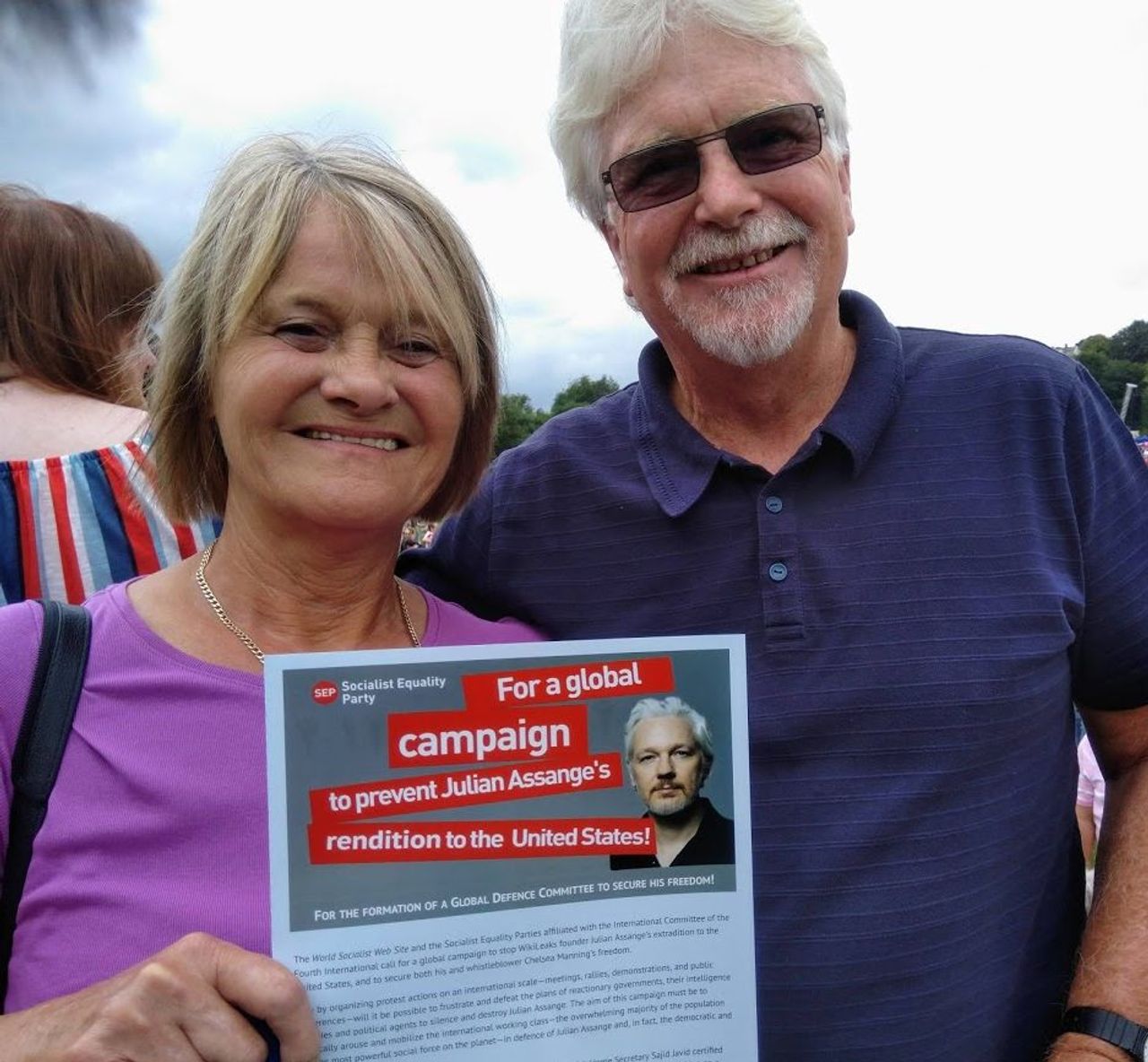 David Lindsay, a freelance journalist, said, “Julian Assange must not be extradited anywhere, and Jeremy Corbyn must say so.” 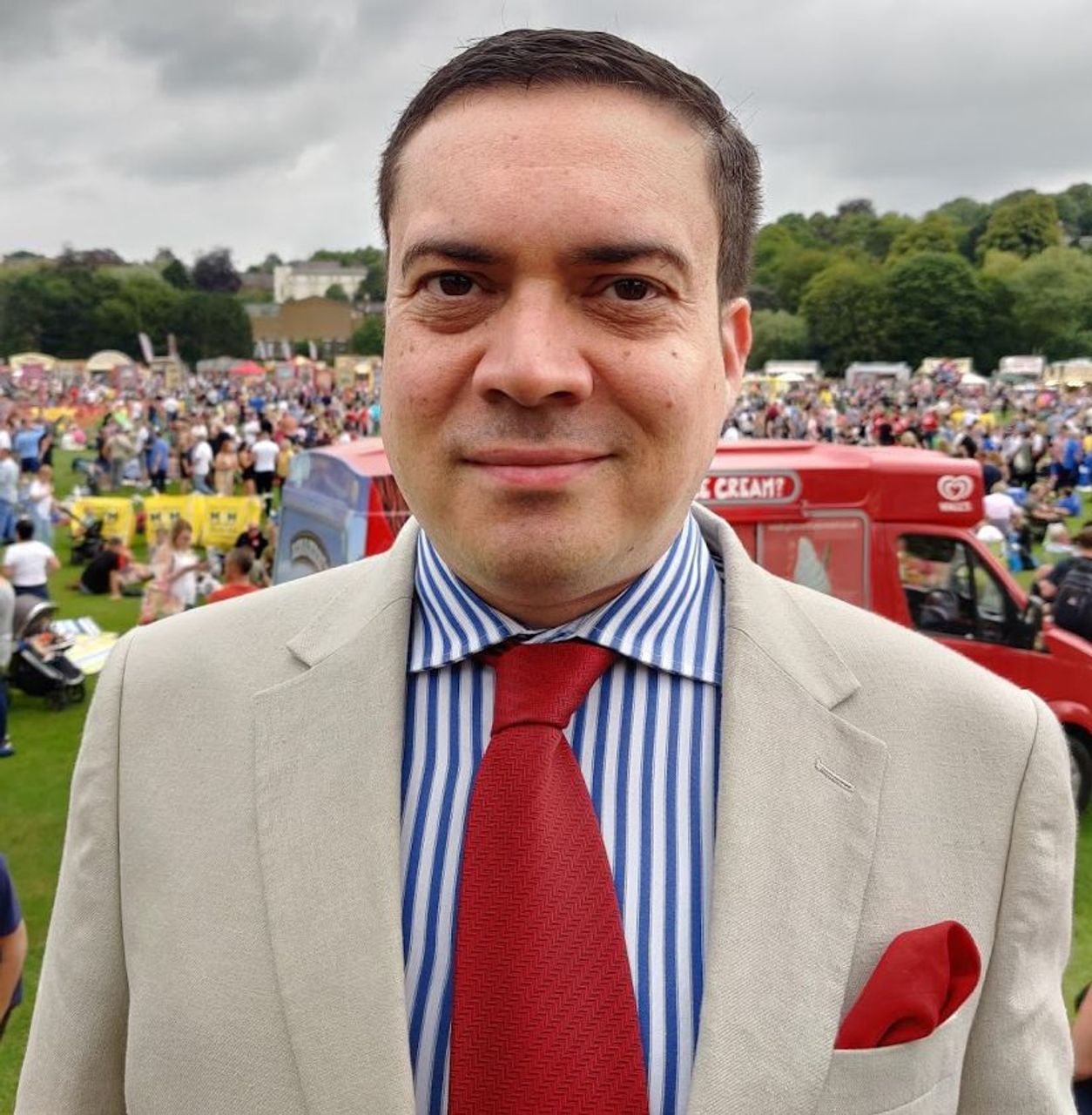 Barry White, a journalist who represented the National Union of Journalists (NUJ) on the European Federation of Journalists board until 2016, said, “I support the call for Julian Assange to be freed, without a shadow of doubt. What he did was reveal the great injustices, great violence against ordinary people and conspiracies by states against ordinary people. He revealed it and newspapers published it, they were quite happy to take that information.

“You mentioned the Espionage Act charges the Americans want to bring against him. They’ve been planning this for years. There will be no action taken against the newspapers that published the revelations that he made with others. It will be him alone because they want to make an example of people who blow whistles against the rich and powerful and reveal what they are up to.

“WikiLeaks revealed a range of abuses that go on behind closed doors, and of course within the institutions of the state, whether they are the judiciary, parliamentary or whatever. There are people who don’t want to be found out, either directly or indirectly by those revelations. It’s those people who should be in the courts, not Julian Assange.

“The media freedom conference was hypocrisy by the British state, a government which seeks to wash its hands of any responsibility for Julian Assange and make sure he’s shipped off to the United States. To then talk about protecting the media is just eye-watering hypocrisy. These people want to protect powerful media owners and not people who reveal some very unsavoury, unpleasant aspects of the society we live in.” 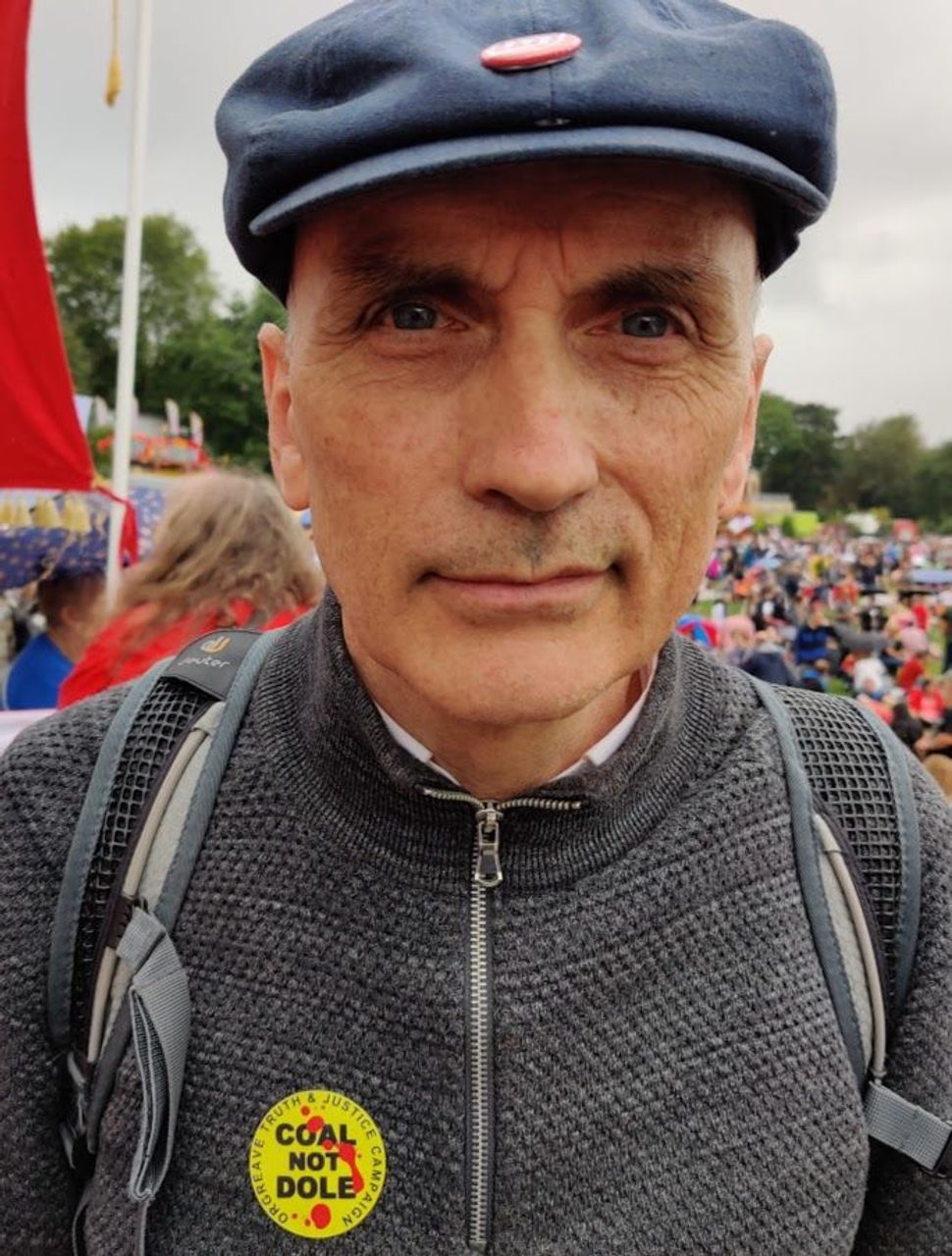 Labour MP Chris Williamson was asked about his attitude to Assange’s imprisonment. He said, “I’m a big supporter of Julian Assange and Chelsea Manning. He is the most important journalist in the world right now. We must demand his freedom.

“I was down at the prison to show my solidarity with him, shortly after he had been incarcerated. It brings shame on Great Britain that we’ve treated this really important figure in the way in which we have, when he was thrown out of the Ecuadorian embassy. Frankly, he’s an ill man. I said at the time, he should have been put in the back of an ambulance and given medical treatment rather than being taken to a high-security prison.

“Given the nature of the work he’s been involved with, he has exposed the grotesque abuse of state power by Britain and the US, we must get behind him and show our support for him. That is why we need a socialist government under Jeremy Corbyn, because there would be a very, very different approach to what we are seeing under the present Tory administration.” … 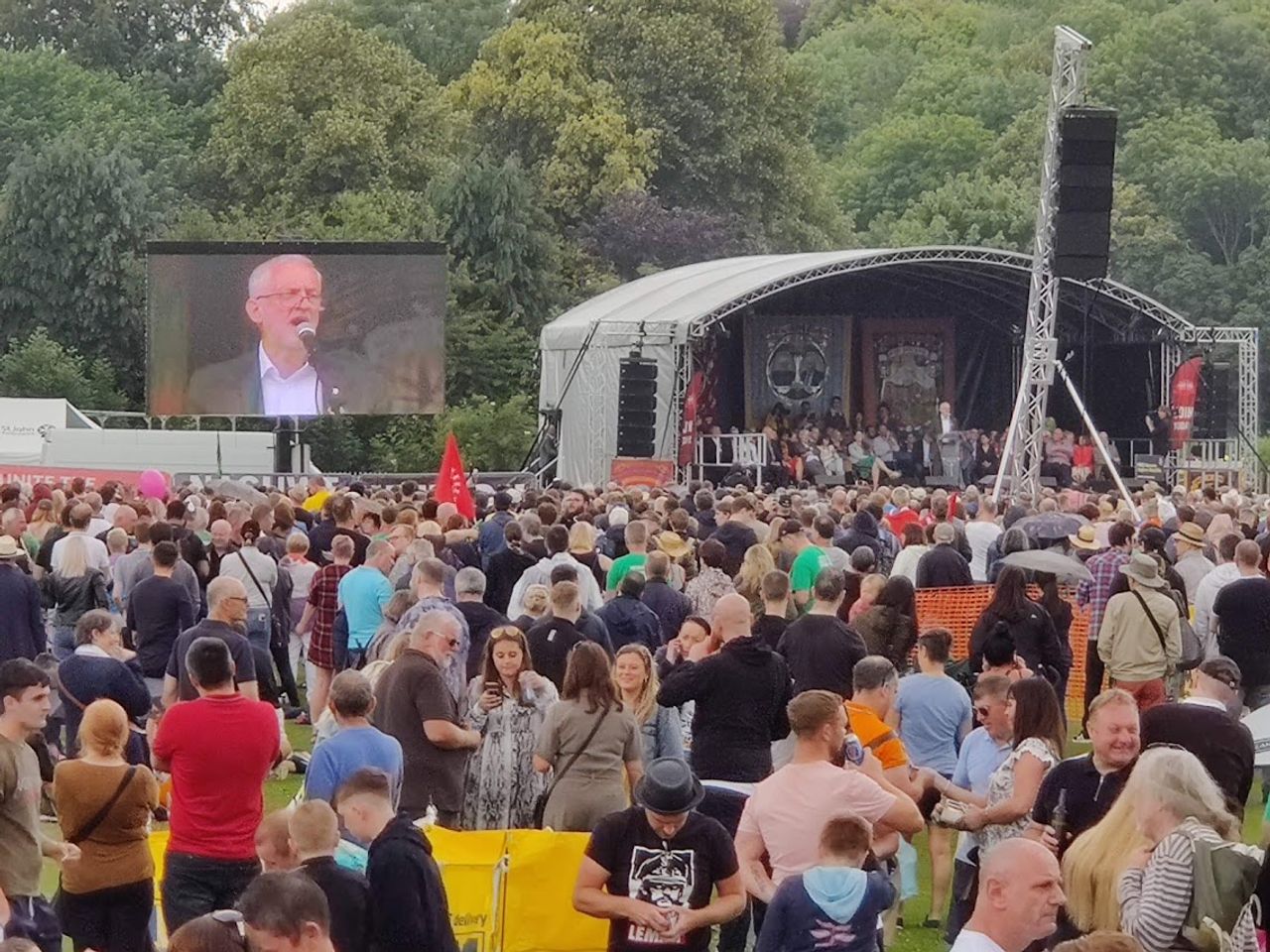 Unite union General Secretary Len McCluskey appealed to growing disgust among workers towards the Brexit crisis, saying there was “no solution via Remain or Leave”. He rejected “the culture war” between both camps, calling for a “return to the class struggle.” …

In his own address to the Gala, Corbyn said a Labour government would investigate police violence during the 1984-85 miners’ strike and cited the persecution of the Shrewsbury pickets, jailed in 1972 for industrial action the previous year. …

Corbyn warned that the rise of the far-right as a “very, very serious threat indeed” and won a standing ovation from his colleagues on the platform for attacking anti-Semitism.