By Josh Varlin in the USA:

UN High Commissioner for Human Rights Michelle Bachelet issued a statement Monday condemning the conditions for immigrants detained by the US government in concentration camps along the southern border with Mexico. Her statement cites the separation of children from their parents, the “undignified conditions” in the network of detention centers and other gross violations of human rights and international law that are the official policy of the Trump administration.

Bachelet noted the publication of a report by the Department of Homeland Security (DHS) Office of Inspector General which revealed systematic overcrowding, lack of showers and meals that made immigrants sick. 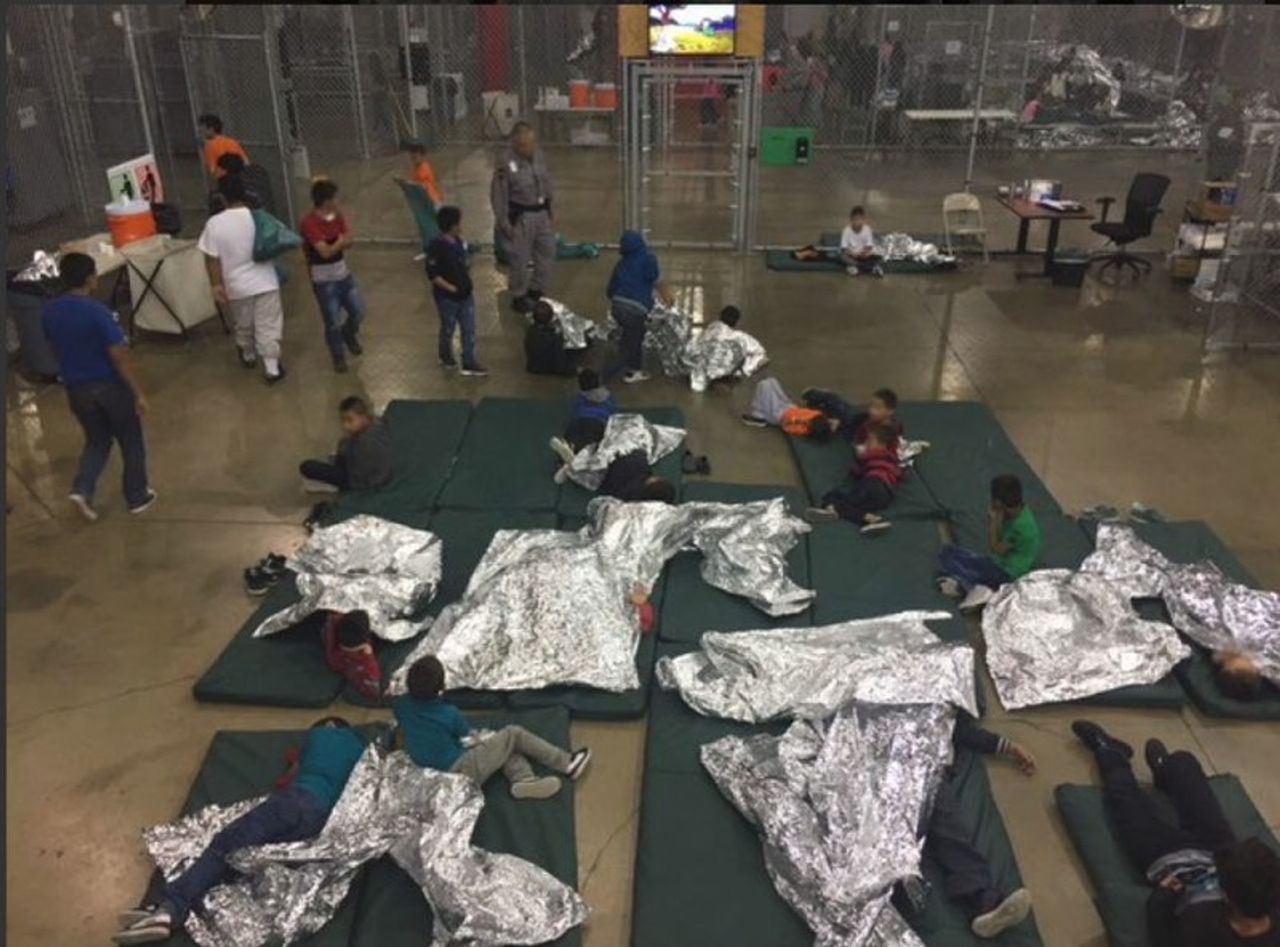 The former president of Chile said she is “deeply shocked that children are forced to sleep on the floor in overcrowded facilities, without access to adequate healthcare or food, and with poor sanitation conditions.”

Bachelet directly criticized the primary goal of the Trump administration’s immigration policy, which is to round up, detain and deport immigrants without regard for due process and international law: “States do have the sovereign prerogative to decide on the conditions of entry and stay of foreign nationals. But clearly, border management measures must comply with the State’s human rights obligations and should not be based on narrow policies aimed only at detecting, detaining and expeditiously deporting irregular migrants.

“In most of these cases, the migrants and refugees have embarked on perilous journeys with their children in search of protection and dignity and away from violence and hunger. When they finally believe they have arrived in safety, they may find themselves separated from their loved ones and locked in undignified conditions. This should never happen anywhere.”

She also noted the government’s prosecution of immigrant rights organizations and activists for providing humanitarian assistance to immigrants, saying, “The provision of lifesaving assistance is a human rights imperative that must be respected at all times and for all people in need—it is inconceivable that those who seek to provide such support would risk facing criminal charges.”

In March, four activists with No More Deaths were sentenced to probation and fined for leaving water jugs and food for migrants making the dangerous crossing from Mexico to the United States. Scott Warren, a volunteer with No More Deaths, faces a retrial on felony charges for caring for and feeding migrants after the first jury refused to convict him.

Bachelet, a pediatrician, specifically denounced the detention of children, declaring, “Detaining a child even for short periods under good conditions can have a serious impact on their health and development—consider the damage being done every day by allowing this alarming situation to continue.”

The recent DHS Inspector General report revealed that of the 8,000 detainees across five CBP facilities, 2,669 were children. Of these children, 826 had been held longer than 72 hours, and 50 were younger than 7 years old. Three of the facilities lacked showers for children.

Even for adults, Bachelet said, “Any deprivation of liberty … should be a measure of last resort.”

As is typical of UN statements, Bachelet’s statement contains a toothless plea for the US and other governments to “work together to address the root causes compelling migrants to leave their homes.”

Instead, the Trump administration is extending its war on immigrants south of the US border by cutting aid to Central American governments and pressuring the Mexican government of President Andrés Manuel López Obrador, popularly known as AMLO, into deporting more immigrants in June than in any month since 2006.

It was more Obama’s then Secretary of State, Hillary Clinton, who backed the Honduras coup.

creating horrific conditions in Honduras that have forced tens of thousands of workers annually to seek a better life outside the country.

Further indicating that the US government has no intention of heeding Bachelet’s statement, on July 3 DHS requested another 1,000 National Guard troops to the border between Texas and Mexico. The request, made public Monday by the Department of Defense, implements an order from Texas Governor Greg Abbott, a Republican, allowing for the state’s National Guard to assist Customs and Border Protection (CBP).

When Abbott issued the order last month, he called Congress “a group of reprobates” for supposedly not doing enough to stop immigrants. “They carp about a humanitarian crisis and about reforming an immigration system all the while refusing to pass laws to fix the problem”, he said to justify deploying soldiers to block impoverished immigrants from reaching the US.

The Corpus Christi Caller Times reported, “The troops are expected to arrive at various locations along the border later this month to assist federal authorities.”

They will join 1,900 other National Guard troops and 2,300 active-duty troops on the border.

Chillingly, a Pentagon spokesman told CNN that the new troops will be deployed because “[s]upplemental holding support is requested for CBP facilities located at Donna and Tornillo, Texas.” DHS did not elaborate when requested by CNN. However, this raises the prospect of National Guard troops directly staffing the concentration camps.