Employees at Wayfair are protesting their company. Cenk Uygur and Ana Kasparian, hosts of The Young Turks, break it down.

“Hundreds of employees of the online home goods company Wayfair will stage a walkout on Wednesday in protest against its involvement in furnishing border camps. Employees organizing the walkout at the firm’s Boston headquarters say they demanded the company stop its partnership with a government contractor to provide beds for detained immigrants.

“We believe the current actions of the United States and their contractors at the Southern border do not represent an ethical business partnership Wayfair should choose to be a part of”, the letter, signed by 547 employees, said.”

Hundreds of employees of Wayfair walked off their jobs at the Boston-based online furniture retailer to protest the company’s decision to profit from sales to migrant detention centers. They were joined by hundreds of supporters, including many who had heard of the protest on social media, in a rally in Copley Square.

Members of the Democratic Socialists of America (DSA), who had promoted the protest on Twitter, were prominently represented … Campaigners for Democratic candidates, including Sen. Elizabeth Warren, also joined the protest. … 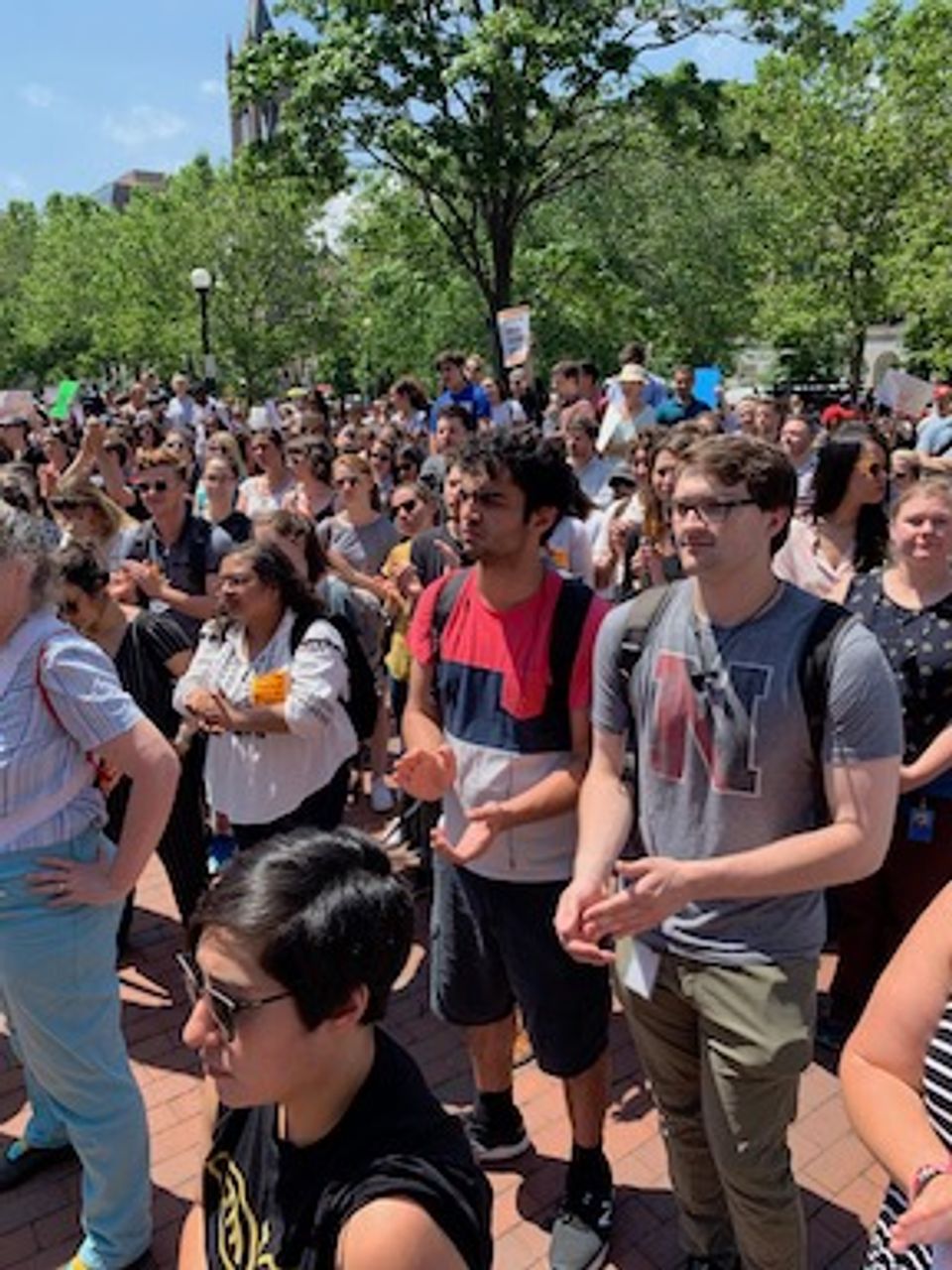 Last week 557 Wayfair workers sent a letter to Wayfair management demanding the end of operations that furnish detention centers. Employees learned last week that a $200,000 order of bedroom furniture was placed by private contractor BCFS for a detention facility in Carrizo Springs, Texas. They specifically demanded that Wayfair donate the $86,000 in profits it reportedly made from this recent sale to FAICES, a nonprofit immigrant justice nonprofit.

“We believe that the current actions of the United States and their contractors at the Southern border do not represent an ethical business partnership Wayfair should choose to be a part of”, the letter stated according to the Boston Globe. “At Wayfair, we believe that ‘everyone should live in a home that they love.’ Let’s stay true to that message by taking a stand against the reprehensible practice of separating families, which denies them any home at all.”

The company responded that it would not cease doing business with detention centers, and that “As a retailer, it is standard practice to fulfill orders for all customers and we believe it is our business to sell to any customer who is acting within the laws of countries within which we operate.” In other words, they defend their right to make a profit. …

Protesters held banners denouncing the Trump administration’s immigration policies and Wayfair’s complicity, including: “Break ICE”, “Don’t Profit off of Pain”, “Complicity Will NOT be Tolerated” and “Abolish ICE—No Kids in Cages.” 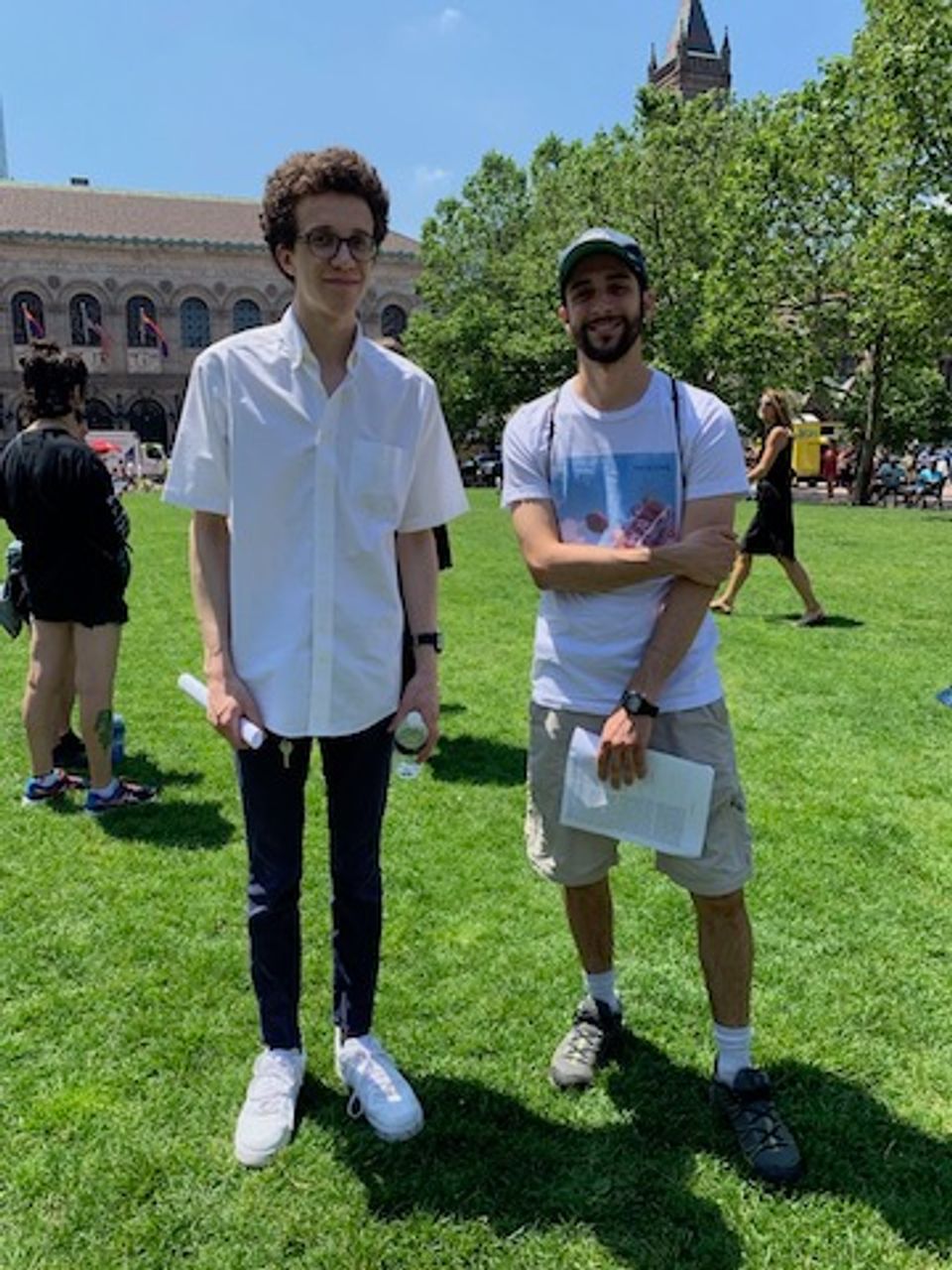 The crowd was vocal in their anger, with several who spoke to the WSWS denouncing the policies of the Democratic Party … Matt, a Boston Public School teacher, said, “I’m here because I don’t think people should be put in prison just because they’re trying to cross the border. And I certainly don’t think that companies should be profiting off of that.

“We have a humanitarian crisis going on, people are dying, and the fact that this is being tolerated and continues to go on is inexcusable.

“Effectively what Democrats are trying to do is make it seem as if they care. Because right now it’s very public and visible that horrors are going on. But it seems that if it’s out of people’s eyes that they will be going back to allowing it to happen.”

Cecil, who teaches at a private school in Boston, said, “As an educator I work with children every day and I think what the Trump administration is doing is absolutely horrendous. I think ICE should be defunded and abolished. And I applaud the workers for coming together, because when we come together as laborers and refuse to condone this activity and refuse to allow our labor power to promote these policies, that’s how we’re going to make a difference.” … 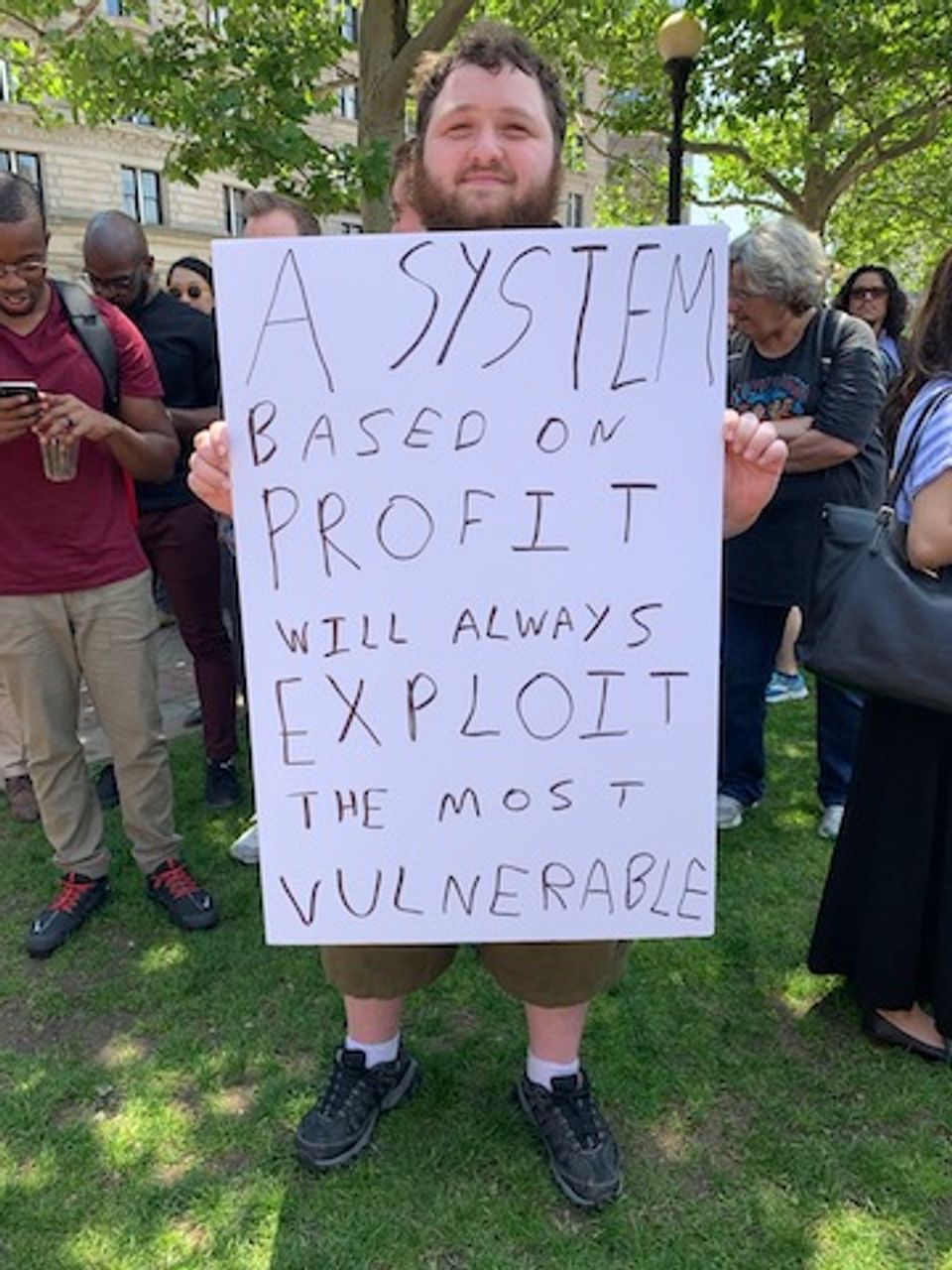 The walkout earned the support of DSA member and US Representative Alexandria Ocasio-Cortez, who wrote on Twitter prior to the protest, “Wayfair workers couldn’t stomach they were making beds to cage children. They asked the company to stop. CEO said no.”

“Tomorrow, they’re walking out”, she continued. “This is what solidarity looks like—a reminder that everyday people have real power, as long as we’re brave enough to use it.” …

The urgent threat to the safety and lives of immigrants requires the mobilization of the working class.

DEMS DESCRIBE BORDER HORROR Rep. Alexandria Ocasio-Cortez (D-N.Y.) said migrant women at a Customs and Border Patrol facility in Texas were held in cells without water and told by officers to drink out of the toilet. [HuffPost]

HONDORAN HELD BY ICE DIES IN CUSTODY A Honduran man held by U.S. Immigration and Customs Enforcement for several weeks died Sunday after being found unresponsive in his detention cell. Yimi Alexis Balderramos-Torres, 30, was detained on June 6 after attempting to enter the U.S. for the second time this year, ICE said. [HuffPost]

BORDER PATROL HEAD CONDEMNS FACEBOOK GROUP The head of the U.S. Border Patrol on Monday slammed as “completely inappropriate” sexually explicit posts about Rep. Alexandria Ocasio-Cortez and comments questioning the authenticity of a photo of a drowned man and his young daughter in a secret Facebook group for agents. [AP]

TRUMP: RAIDS BACK ON AFTER 4TH Trump announced that the immigration raids he threatened to launch last month are back on. “After July 4, a lot of people are going to be brought back out,” he said. [HuffPost]