NBC [broadcasting corporation] and the DNC [Democratic National Committee] have announced the lineups for the first 2020 Democratic Debates. The debates are set for June 26th and 27th. Each night will feature 10 candidates, vying for a chance to deliver their message to the American people, and Democratic voters.

Unfortunately, the Democratic party establishment has not included candidate and ex-senator Mike Gravel in the debates. Gravel is a critic of the permanent Pentagon wars. He helped to disclose the Pentagon Papers which proved why the Vietnam war was wrong.

This 18 June 2019 video from the USA is called Mike Gravel Smashes War Machine With Facts.

This 18 June 2019 Tulsi Gabbard video says about itself:

Here we go again! The US sending more troops to Middle East for what will be disastrous war with Iran. To prevent Trump and future presidents from waging war illegally (without Congress approval) we must sign my No More Presidential Wars Act.

An article from the Israeli website Maariv Online, republished in the Jerusalem Post, reported that the Trump administration is actively preparing a “tactical assault” on Iran. The report, based on diplomatic sources at the UN in New York, stated that “since Friday, the White House has been holding incessant discussions involving senior military commanders, Pentagon representatives and advisers to President Donald Trump”: here.

One should hope that in the 26 June debate, candidate Tulsi Gabbard will get the chance to criticize these bloody trillion dollar wars.

And that in the 27 June debate, candidate Bernie Sanders will get that chance.

And that in both debates, these two candidates will get the chance to demonstrate that their policies against climate change are a lot better than those of ‘centrist’ Democrats with links to the fossil fuel corporations. Even though the Democratic party establishment bans a special debate on global warming.

This 18 June 2019 Bernie Sanders video says about itself:

Our Future Is Not Fossil Fuel

Blackrock‘s role in destroying our planet is unacceptable. Our future is not in fossil fuel investments. Our future is shifting to sustainable energy, creating millions of jobs, leading the world in new technology and leaving our children a clean environment.

And one should hope that in these debates, Sanders and Gabbard will be able to strongly criticize economic inequality. 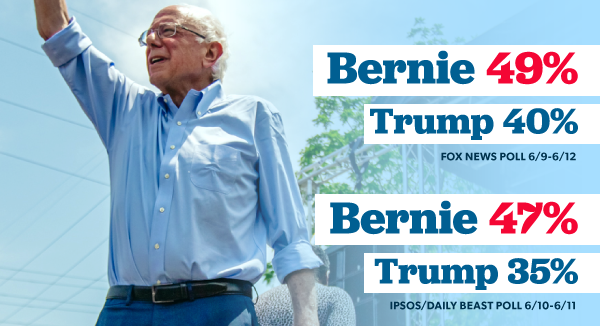 And that the debates will not be marred by softball questions to ‘centrist‘ (really right-wing) candidates while progressive candidates get trap questions.

I have a poll you, my readers, in this blog post. Let us assume that you are a United States citizen and have the right to vote in a Democratic party primary election.

Which one of these 22 options would you then choose?

DEM DROPOUTS BEGIN: GILLIBRAND PULLS PLUG Sen. Kirsten Gillibrand (D-N.Y.) quit the race for the 2020 Democratic presidential nomination after failing to qualify for the September debate. She said in her announcement video: “I believe I can best serve by helping to unite us to beat Donald Trump in 2020.” [HuffPost]