UK: Barking fire under control after it destroys 20 flats in east London

Firefighters subdued a fire in an east London apartment block at De Pass Gardens in Barking district after the flames destroyed at least 20 flats on Sunday. According to Incident Commander Pat Goldburn, 15 fire engines and around 130 firefighters combatted the blaze at its height. “Unfortunately there has been some multiple properties that have been affected by this incident”, said Goldburn who added that two people were injured in the fire. The fire started at 15:31 local time (14:31 GMT) and its cause is currently under investigation.

By Daniel O’Flynne in London, England:

Twenty flats were destroyed by fire and 10 more damaged by heat and smoke Sunday, in Barking, east London.

The previous day, a huge fire ripped through what was the Jordanhill university campus building in Glasgow. The building was being redeveloped into more than 400 flats costing between £246,500 and £625,000.

No lives were lost in either fire, though a man and a woman were treated for smoke inhalation in De Pass Gardens, Barking.

Taking place on the weekend before the June 14 second anniversary of the Grenfell Tower inferno that claimed 72 lives, the blazes confirm the abject failure of the Conservative government … and private corporations to end the threat posed to working people from substandard accommodation and the gutting of fire-safety regulations. 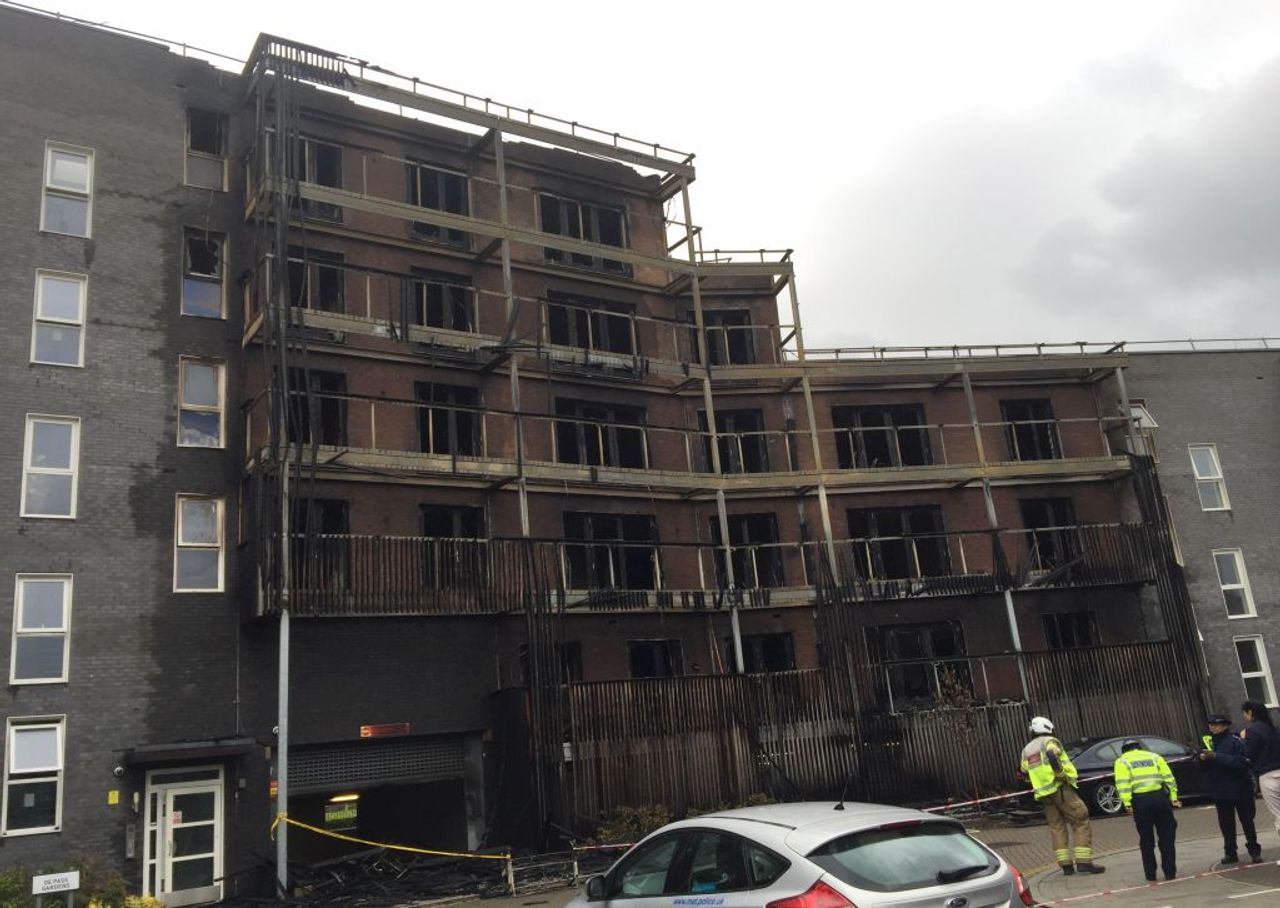 The fire in Barking engulfed the ground floor to the sixth floor at the top of the low-rise flat complex. It was eventually brought under control after three hours, at 6.00 p.m., by 15 fire engines and 100 firefighters, who arrived as residents were being evacuated.

The cause of the fire is not known. An investigation has been launched, but reports suggest that a wooden balcony was set ablaze by a barbecue and the fire then spread to similar balconies on all six floors.

As with Grenfell, the privately owned flats had been the subject of safety complaints by residents regarding the use of wood on the external aspects of the building. Peter Mason, chair of the Barking Reach residents’ association, took up the issue last month after a “BBC Watchdog” programme reported fire safety problems at two similar developments by the same builder in Scotland.

Builders Belway Homes is reported to have reassured residents that the wood was treated to be fire retardant. The Guardian quoted an email from Belway Homes stressing that the “construction method was different to the ones in the report.” The email concluded, “We understand that these news articles are highly alarming for all residents of new homes and I hope that the above statement has allayed any fears you may have over the safety and construction of your Bellway home.”

Mason noted that managing agents hired a fire warden to carry out patrols because of concerns about fire safety.

The potential for further disasters is enormous. The new estate, built in 2013, is large and made up of similar buildings. 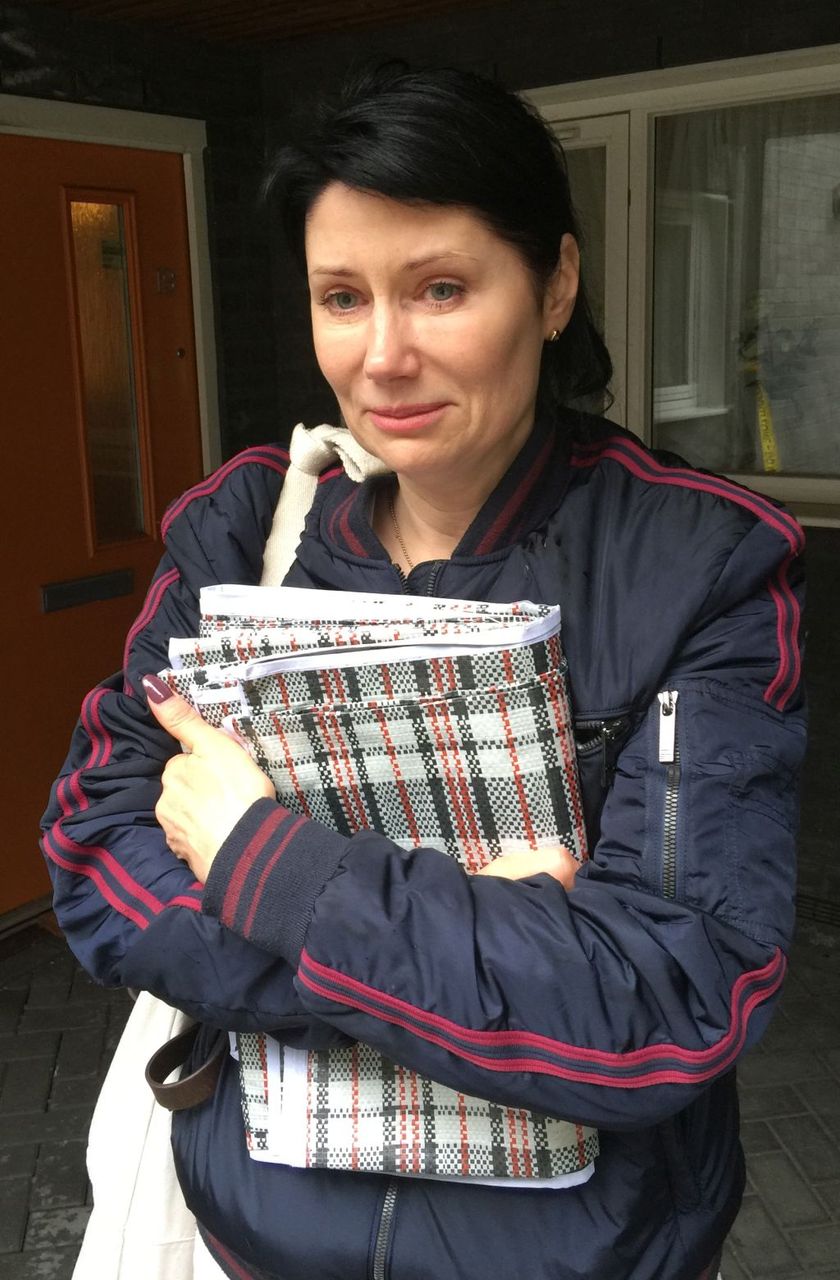 Vilma has lived on the first floor of the gutted block since it opened. She told the WSWS, “The water sprinklers were not working, the fire alarm was not working, the fire doors are always open. And a fire marshal guy has been sitting for six, seven months from last November, from 7 p.m. to the morning, to wake up people if there was a fire. We knew that something was wrong as we spoke with the management letting association. But we did not get any answer. We asked why do we have to have this marshal here as we do not feel safe. What is wrong?

“Every time we called a meeting the rep did not attend. They sent someone else who knew nothing.

“When the fire brigade arrived they could not find a water hydrant. They had to waste 10 minutes. That’s why it’s only this block that has been burned, because when they found the water they were able to stop it from spreading.

“I live on the first floor. It’s completely gone. You need to report that it is not safe.

“They are now building again. They said that this wood would resist fire. They even gave us a timeframe of an hour and a half. That’s how safe they said it was. It took seven minutes to spread to all the building. They are liars.

“All the blocks are the same in this estate. This is just one block of many, and they want us to stay here depending on the condition of the house. How can we live here now? We have just been told that in three hours we can go in to see what we can salvage.” 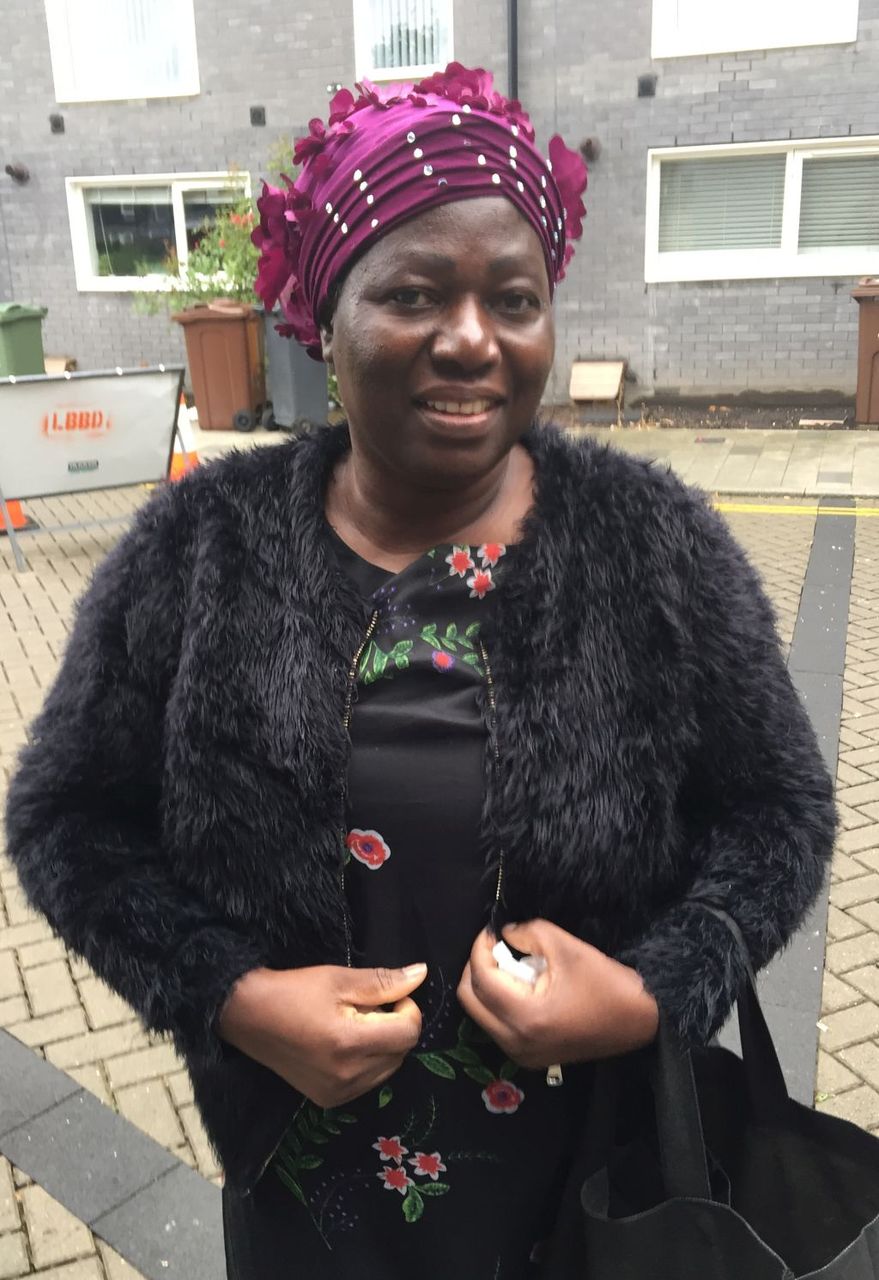 Esther Aladje lived opposite the block. She explained, “My three boys were in the house, I was at church. I got messages, as I could not pick up the phone. And when I got the messages, they said, ‘Fire!’ I ran as fast as possible. We heard a lot of shouting, noise and so we had to leave immediately.

“By the time we came the boys were outside the house without clothes—no slippers, nothing, in the cold. One of them has a health condition and they were inhaling the smoke.

“The boys said it was really, really hot. If you can see in the front of the house all the window glass and the window frames are melted. That’s the impact of the heat. They are all doubled glazed.

“I feel for the people in the block as we know almost everyone. We see the children every day and we wave at each other. The blocks are just six years old.

“When we moved in, I was concerned by the fact that the outside of the blocks was clad with wood. My neighbour told me that the fire moved from the first house to the next in under 10 minutes via the wood. Whatever they used I am sure was not safe. Even the plastic doors from the balcony are all melted. How is this possible in 2019?”

Many buildings nationally are fire hazards.

According to Inside Housing, 164 high-rise private blocks have still not had highly flammable aluminium composite material (ACM) cladding replaced and nearly half had no firm plan in place to do so. The government is making just £200 million available to fund the removal of ACM.

The government has not tested any cladding material other than ACM, including high-pressure laminate (HPL) cladding, which burns 115 times hotter than non-combustible products. There are 34 high-rise blocks owned by social landlords that are clad in HPL, which was blamed for the spread of flames during the Lakanal House fire, which killed six people in 2009. The government has not even set a date for a large-scale test for HPL.

In a test on care homes by the London Fire Brigade, the borough of Bromley had the highest number, with 71 care homes receiving a notice of deficiencies. In addition, 20 in Redbridge and 16 in Havering failed to meet fire standards.

A survey by the Shelter housing charity showed that over half of people renting a home from a local authority or housing association have had a problem with the building in the past three years—including electrical hazards and gas leaks. Among those with a problem, one in 10 had to report it more than 10 times.

THIS FRIDAY marks two years since the horrific Grenfell Tower fire, and local residents and firefighters are furious that no lessons have been learned after another fire engulfed six floors of a tower block in Barking, east London on Sunday. Once again, flammable cladding fuelled the rapid spread of the fire, but this time the cladding was made of wood! In the weeks leading up to this latest fire, which broke out at 3.00pm and destroyed twenty flats, the residents’ association had demanded that fire risks at De Pass Gardens, Barking, be investigated: here.