A magpie. A bird which we had not seen on Tilos.

On the other side of the lake, this flock of flamingos.

A zitting cisticola flying and singing.

A white wagtail on the footpath.

Blue-tailed damselflies in a mating tandem.

A grey heron flying over the lake. 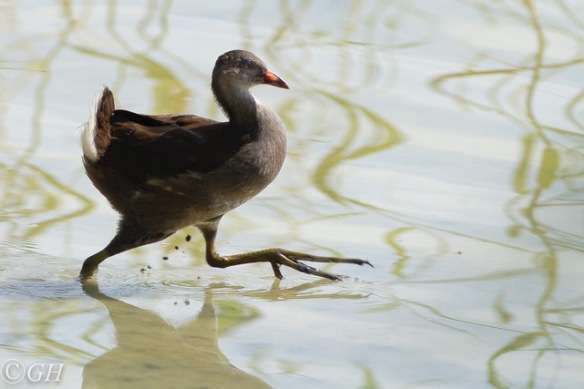 Yet another little egret. 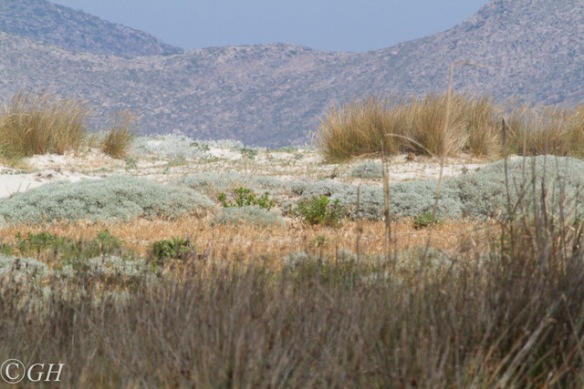 We arrive at the Aegean sea beach. The sound of migrating bee-eaters.

As we walk on, we pass a ditch with many tadpoles.

A crested lark on a rock.

Then, another crested lark on the footpath.

At the end of our walk around the lake, a Sardinian warbler on a bush. This species seems to be less common here than on Tilos island.

As the evening fell, it turned out that not only barn swallows, but also a hooded crow and a female house sparrow drank from the swimming pool.

During the night, scops owl sound.

The next day, 16 May, we left Kos and Greece. We won’t forget the wildlife of Tilos and Kos islands!