Severe overcrowding at an immigration facility in El Paso presents an immediate risk to the health and safety of hundreds of migrants being held there, with some of those detained standing on top of toilets in crowded rooms just to find air to breathe, a federal watchdog said this week.

In a report issued Thursday in which it calls for immediate action, the United States Department of Homeland Security’s Office of Inspector General detailed several striking observations about the conditions at the El Paso Del Norte immigration processing center gathered during unannounced inspections in early May.

As Trump escalates war on immigrants

US watchdog finds 900 immigrants jammed into jail designed for 125

Last month, the Intercept reported on a study by an international consortium of journalists and news outlets documenting the widespread use of solitary confinement, defined as torture by the United Nations, at immigrant detention centers in the US.

Exposures are mounting of the horrendous and illegal conditions under which immigrant workers and children are being held, even as President Donald Trump responds to mounting threats of impeachment with new attacks on refugees and fresh appeals to his fascistic base.

On Friday, CNN cited a report by the Department of Homeland Security’s inspector general on inhumane, unsanitary and dangerous conditions at the El Paso Del Norte Processing Center in Texas. The inspector general found “standing room only conditions”, with detainees “standing on toilets in the cells to make room and gain breathing space, thus limiting access to the toilets.” 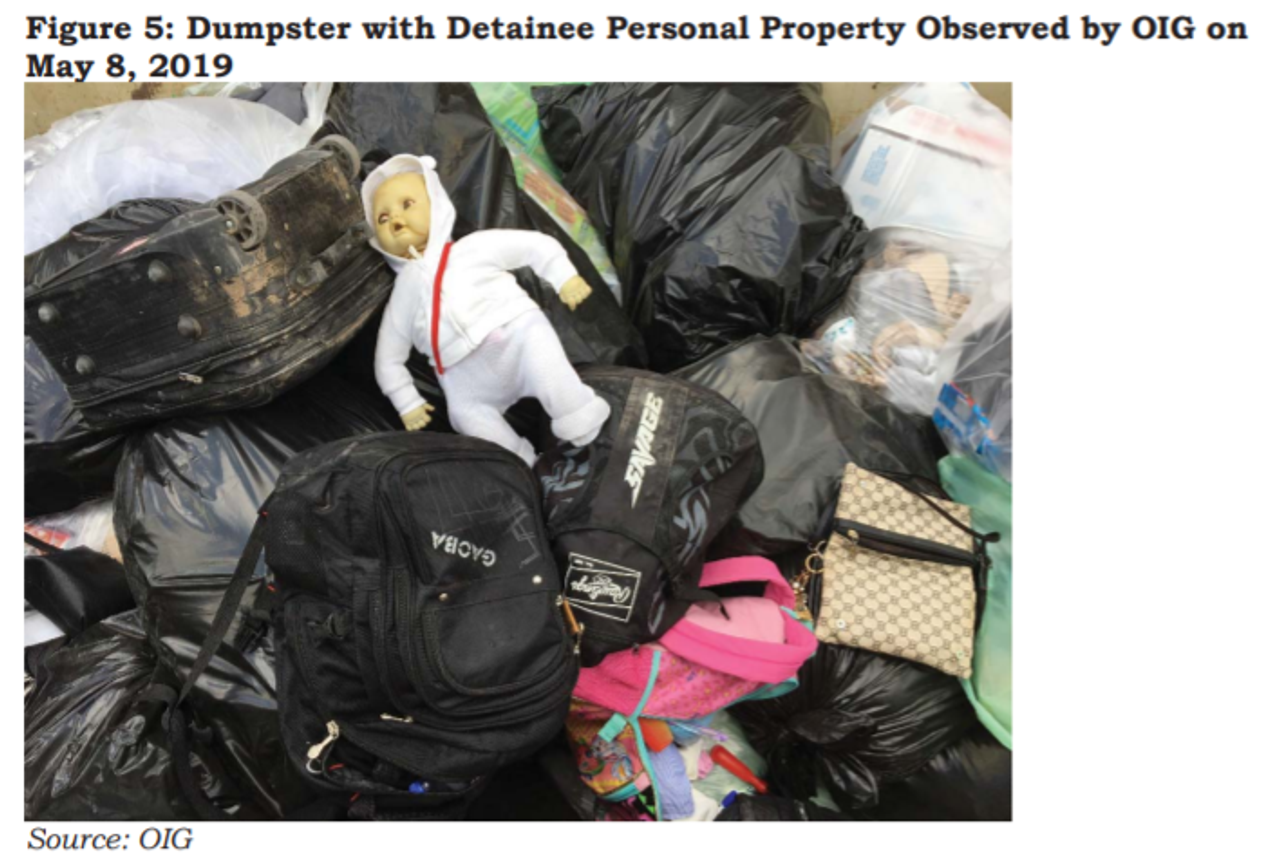 “With limited access to showers and clean clothing,” it continued, “detainees were wearing soiled clothing for days or weeks.”

There is good reason to believe that similar conditions exist at other detention centers and holding pens for the tens of thousands of immigrants being swept up in the US government’s expanding war on immigrants.

El Paso Del Norte was one of five Border Patrol stations and two ports of entry in the El Paso, Texas area, including greater El Paso and eastern New Mexico, which were included in the unannounced spot inspection visits carried out in May at Customs and Border Protection holding facilities.

The Department of Homeland Security (DHS) is recommending that additional detention facilities be built in El Paso to deal with the growing wave of workers and youth crossing the border from Mexico to seek asylum from gang violence, state repression and brutal poverty in their Central American home countries.

Immigration and Customs Enforcement (ICE), an agency of DHS, has constructed a tent-like facility that can hold 500 at the site, is planning to open an “800 holding capacity modular facility” by July 31 and a permanent processing center for some 1,800 people by December 1, 2020.

US imperialism is chiefly responsible for the horrific conditions in Honduras, Guatemala and El Salvador. These are countries it has oppressed and exploited for more than a century, repeatedly intervening to topple governments and install CIA-backed dictatorships, most recently in Honduras, where the Obama administration and then-Secretary of State Hillary Clinton backed the military overthrow of the elected president, Manuel Zelaya. 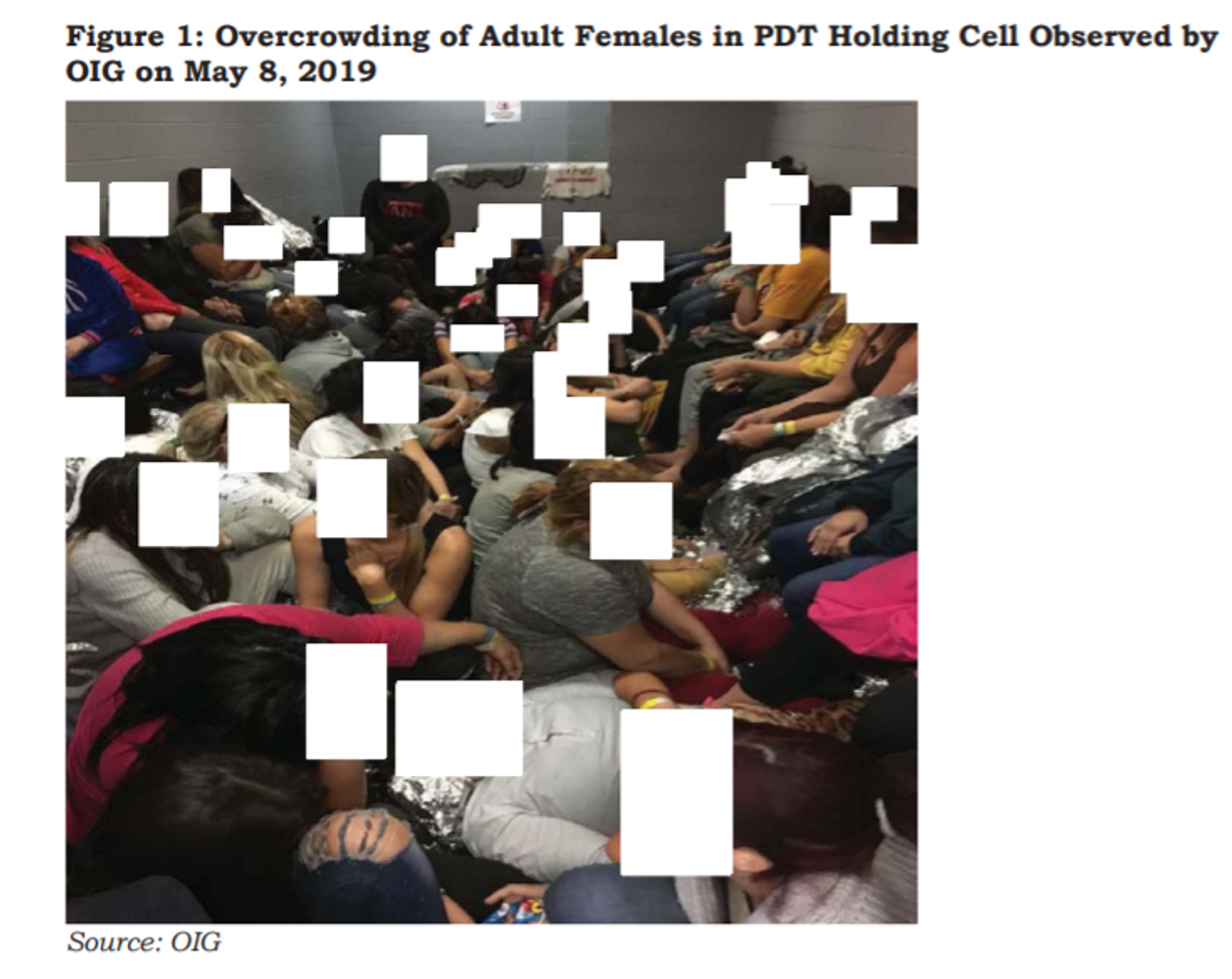 Trump’s crackdown on immigration has spurred the increased flow of refugees across the border by virtually halting attempts by immigrants to seek asylum at ports of entry. The White House has asked Congress for an additional $4.5 billion in emergency funding to further expand the border police and build more detention centers. Last month, it emerged that his administration is considering a plan to carry out the mass arrest of 10,000 immigrants in major cities across the US.

The exposé of conditions in El Paso is only the latest revelation of the sadistic treatment of immigrant workers and youth. The Washington Post published a report Thursday that there are 2,000 unaccompanied children being held in “overcrowded US Border Patrol facilities…beyond legally allowed time limits, including some who are 12 or younger.”

Children are suffering from chicken pox and respiratory diseases. Six children—five Guatemalans and a Salvadoran—have died in US custody since September.

Last month, the Intercept reported on a study by an international consortium of journalists and news outlets documenting the widespread use of solitary confinement, defined as torture by the United Nations, at immigrant detention centers in the US.

These conditions are neither aberrations nor unintentional. They are the result of a deliberate policy of inflicting suffering on immigrants in order to deter them from seeking entry to the US and enhancing the administration’s appeal to “America First” chauvinism and racism.

In the aftermath of Wednesday’s statement by Special Counsel Robert Mueller suggesting that Trump is guilty of obstruction of justice in connection with his probe of supposed Russian “meddling” in the US elections and possible collusion by the 2016 Trump election campaign, and Mueller’s encouragement of a congressional impeachment inquiry, Trump has responded by doubling down on his persecution of immigrants and his effort to whip up backward and fascistic elements.

On Thursday, he announced that he would impose tariffs on all goods from Mexico, beginning at five percent and rising to 25 percent, unless the Mexican government halted all immigration from Central America via its territory. He told graduating cadets at the Air Force Academy in a campaign-type speech that he would soon make a major announcement on immigration and his crackdown at the US-Mexico border.

Politico reported that Trump was planning to issue a new rule that would “choke off asylum to Central Americans” by banning asylum applications to refugees who reached the US through a third country, i.e., Mexico. This would have the immediate effect of denying asylum to thousands of migrants waiting for months just south of the US border under a deal reached last year between Trump and Mexican President Andrés Manuel López Obrador. The agreement, dubbed the “remain in Mexico” program, blocks asylum seekers from remaining in the US pending the disposition of their applications.

The stepped-up attack on immigrants is accompanied by increasingly aggressive assertions of unlimited presidential power and threats to resist efforts to remove him from office. Last month Trump threatened to cancel the 2020 elections and extend his term to 2022. He has in effect rejected congressional oversight by defying subpoenas from the Democratic-controlled House of Representatives for testimony from his aides as well as documents related to Mueller’s Russia investigation. This coincides with his declaration of a national emergency to use the military to build his border wall.

The response of the Democratic Party to Mueller’s speech is likewise right-wing. Underscoring the reactionary basis of the Democrats’ opposition to Trump, both House Speaker Nancy Pelosi and 2016 presidential candidate Hillary Clinton seized on Mueller’s statement, in which he reiterated the baseless claims that the Russian government subverted the 2016 election in order to install Trump in office, by doubling down on their anti-Russia hysteria. Both responded to an edited video of Pelosi posted on Facebook by denouncing Facebook as a “witting” agent of Russian plots against America.

In the ongoing warfare in Washington, whether or not it assumes the form of impeachment, the Democrats will continue to focus on warmongering against Russia and demands for more severe internet censorship while virtually ignoring Trump’s war on immigrants and attacks on democratic rights.

Honduran government cracks down on strike by teachers, doctors and nurses: here.

FEDS SLASH EDUCATION FOR DETAINED KIDS Unaccompanied immigrant children in government detention centers across the U.S. will no longer have English classes, recreational programs or legal aid, according to Department of Health and Human Services emails first obtained by The Washington Post. [HuffPost]