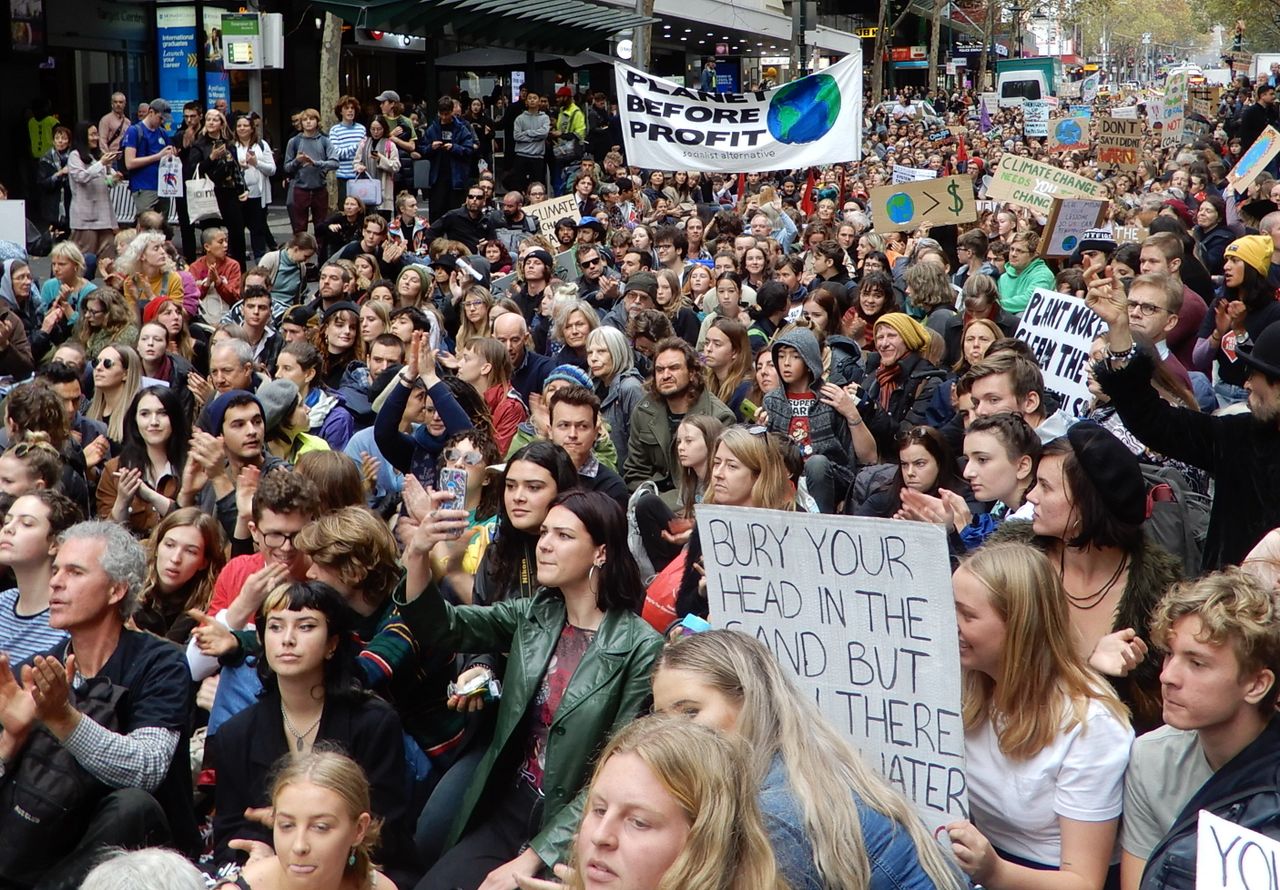 Young people, students, and workers took part in protests in Melbourne and Sydney last Friday to oppose the refusal of successive governments to take any significant action aimed at stemming climate change.

These rallies coincided with a global strike by high school and university students against environmental destruction. Around 1,000 protesters gathered in Melbourne, and around 700 in Sydney.

The demonstrations events were called under the banner of Extinction Rebellion. …

In Melbourne, Asha, a high school student, said: “I’m seriously concerned for our future. Not enough is being done. It’s up to us really, because there’s no-one else. It’s sad to think that my generation might not even want to bring children into this world because they might not have a liveable future.”

Marian told IYSSE campaigners: “Obviously the climate crisis has got to run deeper than parliament. We’re not going to achieve anything through the political process. Even if the Liberals had lost and Labor had come in, they would not have done enough.

“The election had made me realise that I can’t sit in my lounge room and feel sad. I’ve got to get out there and do something. I think I’m coming to the conclusion that capitalism is dying. I think it is on its last legs. It is becoming more and more obvious that it’s more of a burden than a constructive force.” 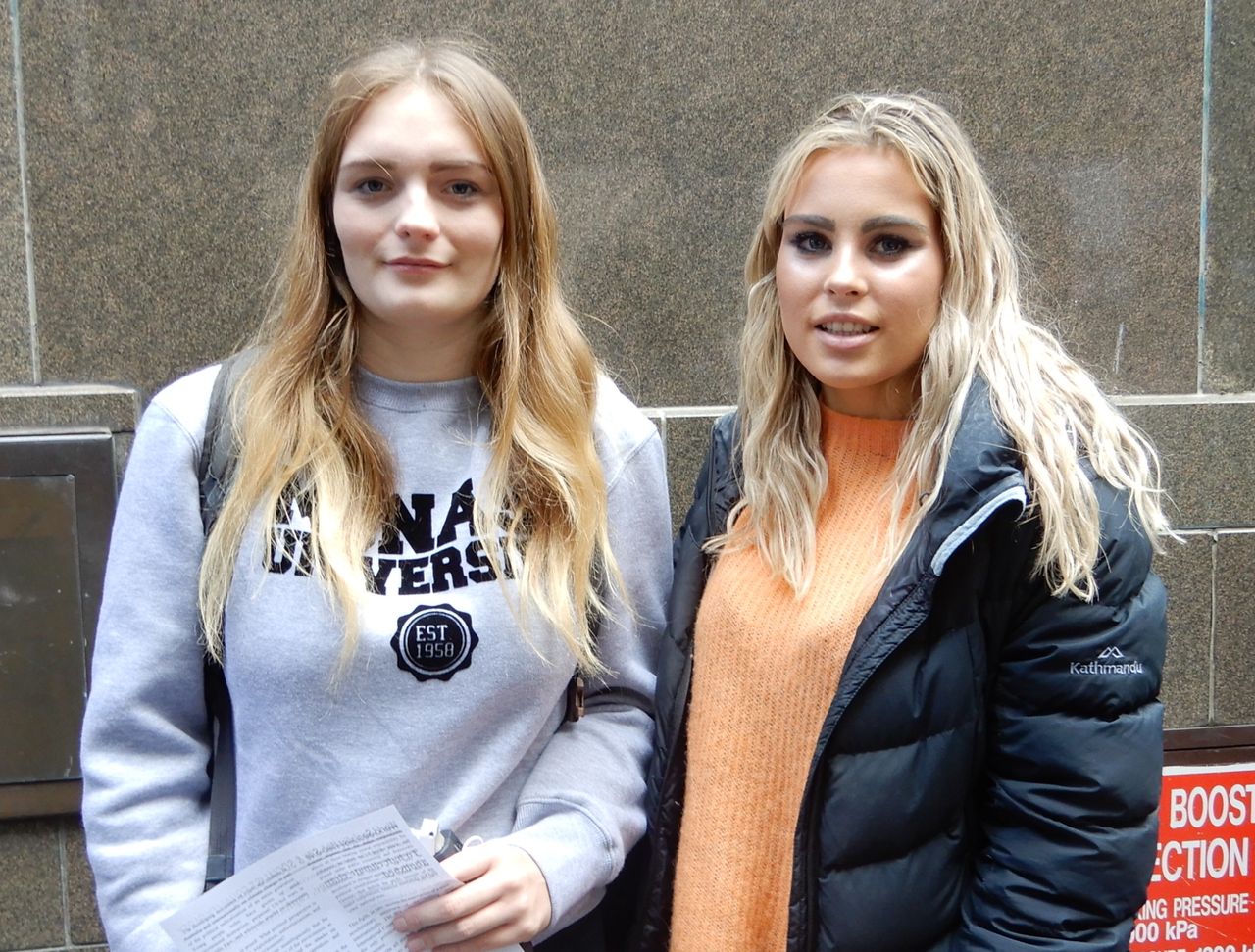 Nora and Eliza, who are studying journalism at Monash University attended the rally for a university assignment.

Eliza said that after speaking with IYSSE members, her “eyes were opened”. She added that she feels “alienated from politics. When we were voting, I saw each party with their various claims that they only use to try and get into power.”

“I don’t know who to vote for because all the parties make all sorts of promises, but everyone knows that they’re just saying these things so that they can get voted in. There is no difference between the big political parties in Australia.

“All the media presence by major political parties, on the radio, on TV, are just negative attacks on the other parties. I don’t understand who they all are, or what makes them different. That’s why I don’t feel compelled to vote.”

Nora supported the IYSSE’s call for an international political program to counter climate change. She told IYSSE campaigners that, in her home country of Germany, the “government made a pledge to stop using nuclear power, and said that they’ll go green, and try to stop using coal. But then what they did was just go and buy energy from France, which is still using nuclear and coal.

“Countries use energy as a commodity, and then it becomes about money, not climate change. There’s not a solution in one country. The whole world has to make a move for climate change. One country, or just a few countries, alone can’t make an impact on the climate on their own.”

In Sydney, high school students Zian, Isaiah and Will—all fourteen-years-old—spoke to IYSSE members about climate change, social inequality, and the threat of war. 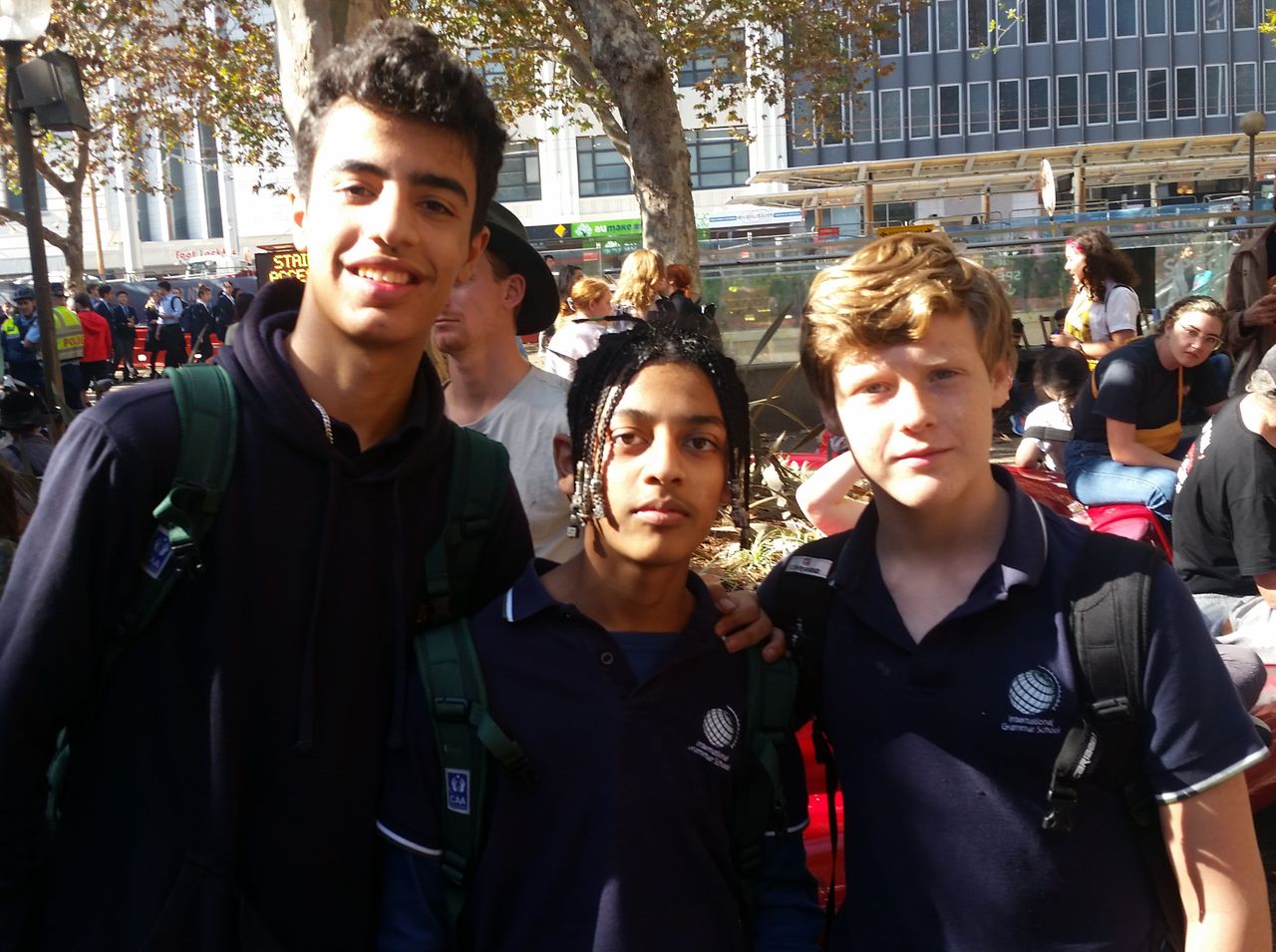 Zian said: “We’re here because we want a good future to live in. We don’t want a world where there are floods and droughts and other environmental disasters. We need to help the common people, everyday people who are the ones that need the help. Not big business and the banks.”

Will added: “People in parliament just want to make money, and be able to retire wealthy. They don’t care what we have to deal with overall. It’s not going to affect them. I don’t think there’s much difference between Labor and Liberal. Australia shouldn’t be using fossil fuels.”

After discussing the social crisis in the US and around the world, Isaiah said: “America always says that another country is a threat, especially in the lead-up to an election. It’s about distracting the people from what’s going on at home. What they did in Iraq was invade for resources and oil. It isn’t right, those resources belonged to the people of that country, and they were just stolen.” Estella told IYSSE campaigners: “Scott Morrison has to do something to fix climate change. But it has to be international. If money wasn’t involved, we wouldn’t have these problems, like climate change. The Liberal Party here is only concerned about profit, but we need to put people above profit. It’s hard, because there’s not much difference between Labor and Liberal.”

She added “I’m very concerned about war. Trump is constantly threatening North Korea and other countries. It feels like the world is dying.” 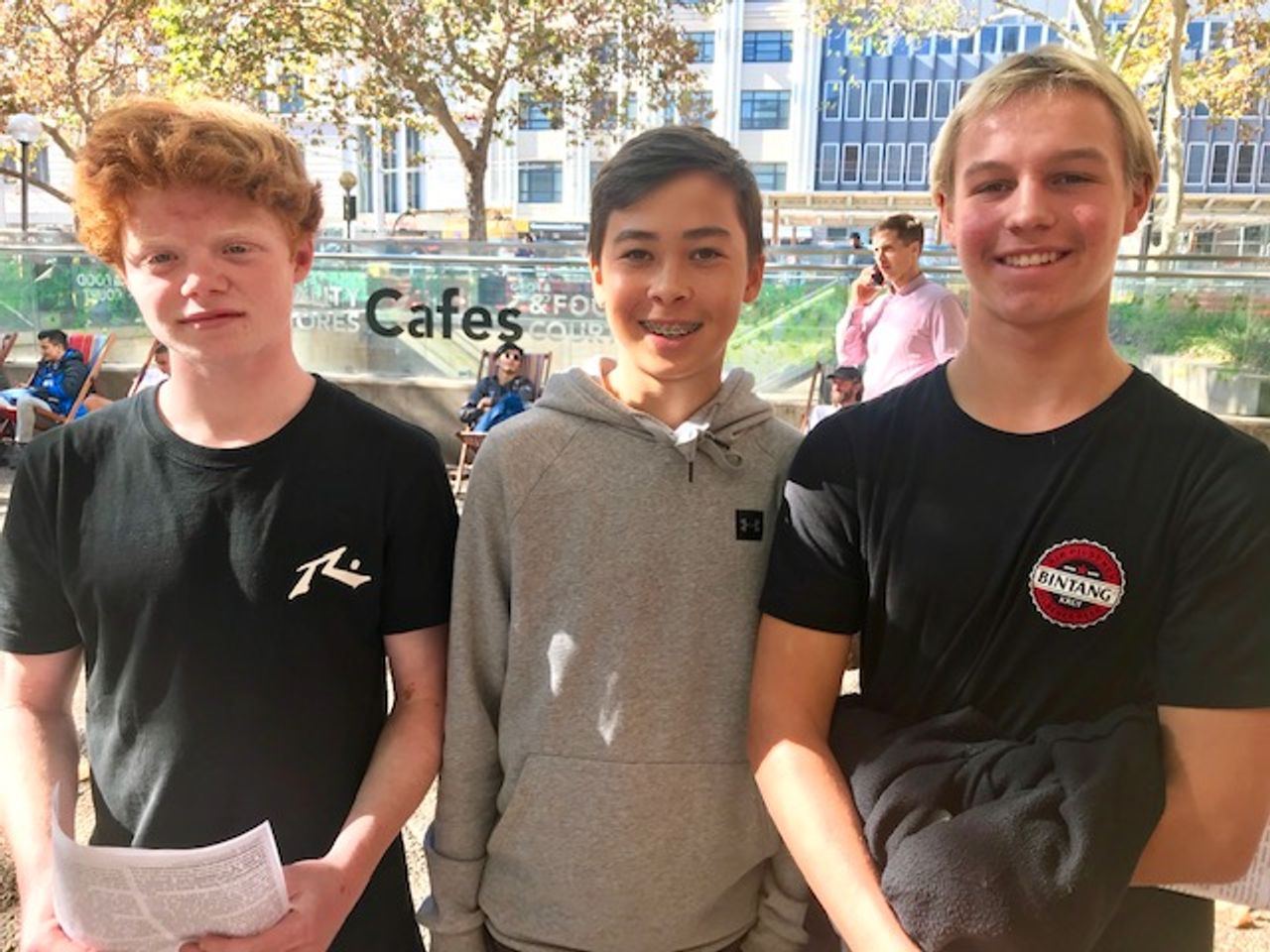 Johnny said that politicians “don’t really care what the Earth is going to be like once they’re dead. They make so much money from exporting coal and just don’t want to buy all the renewables.

“I think it’s wrong that the government is not doing much about it and I just want to take a stand,” added Holden. “I think the community needs to stop them and all these rallies are helping with that. All the strikes are helping, but they need the working class people to be there.” He agreed that “an international, anti-capitalist party is a good idea.”

Tens of thousands of young people once again took to the streets across Germany on Friday to protest against climate change. Demonstrations took place in a total of 200 cities, including Hamburg, Freiburg, Leipzig, Munich and Cologne. In Berlin alone, more than 10,000 students and pupils demonstrated their opposition to the government and capitalism. The organisers of the protests sought to limit the protests to climate change, but it quickly became clear that many young people were also motivated to participate by a number of other reasons. Members of the International Youth and Students for Social Equality (IYSSE) distributed a statement that linked the issue of environmental decay to the threat of war and stated that only the overthrow of capitalism could prevent a catastrophe: here.

Himalayan glacier melting threatens water security for millions of people. Large bodies of ice are losing mass faster than they are accumulating it. By Carolyn Gramling, 1:05pm, May 29, 2019.