On Friday, thousands of students and youth around Australia took part in a “national day of action” against climate change. Rallies were held in regional centres and capital cities across the country.

The events followed worldwide March 15 protests, in which tens of thousands of young people throughout Australia participated. … In Melbourne, high school student Mia said: “I think it’s good that children are getting out there. It shows that it’s an actual problem and it needs to be dealt with.”

Asked if she thought the major parties would act on climate change, Mia responded: “I think they’re all in it for themselves, for their own profit. I feel like they have things that they deem more important than the futures of their children and their grandchildren on their minds. Whatever is going to make them the most money is what they deem most important.” In response to the program of the IYSSE, Theo—a year nine student from inner Melbourne—said: “Creating an international organization of the youth that will take action on climate change is a really good idea because there is a lot of us and we are all really passionate and we will get it done.”

Katerina and Georgia, journalism students at Melbourne’s La Trobe University, initially attended the rally as part of an assignment.

However, Katerina explained: “I knew what it was about and the causes. It blew my mind to see so many children with nothing to lose protesting today. I think the politicians need to listen.” She agreed that none of the major parties would do anything about climate change, saying “if you look at their track records, they’ve all gone back on their word. They might win us over with election promises, but no doubt this will keep going.” They were buoyed to hear of the SEP’s campaign putting forward a socialist alternative to the capitalist profit system and were excited to meet SEP Victorian senate candidate, Tessa Pietsch—whose statement they were reading—at the rally.

Year 11 students Zara, Heyma and Saskia took part in the rally in the regional New South Wales city of Newcastle, attended by around 200 students. Zara explained she thinks “governments haven’t taken any steps to resolve climate change because it’s an economic issue. The government just wants the rich to make heaps of money, they don’t care about the environment that they’re leaving behind for us, the younger generation. They only care about making profits. They only think about the short-term gains.”

“We want to spread awareness that we’re ready to fight for this,” Saskia added. “We’re fighting to protect the environment and our future. The whole of society needs to change, not just particular policies. The fact that this movement is international is important—it also shows the power of social media, in spreading movements like these and uniting young people, who are thinking about these things and want to take action.” … 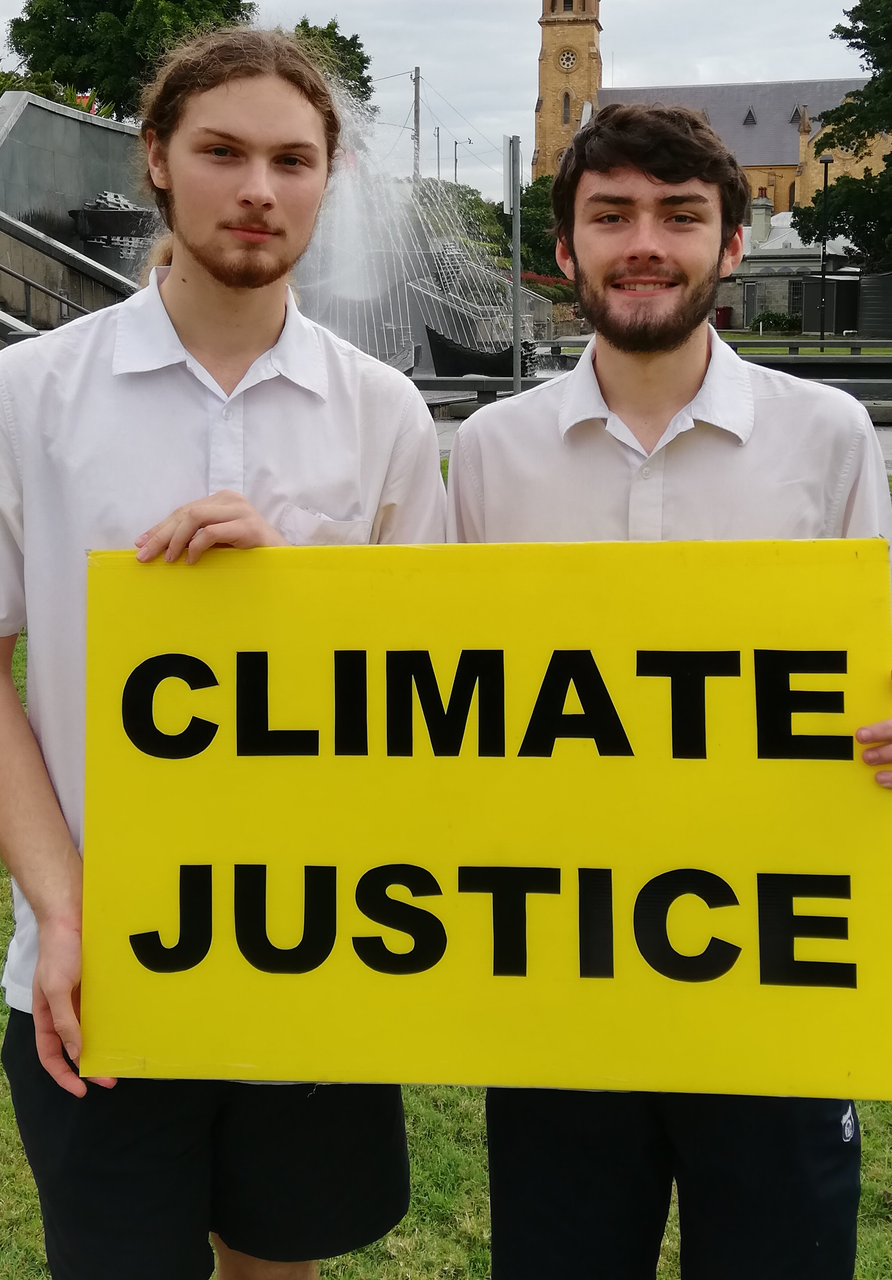 Kyle, a year 10 student who attended the inner-Sydney Marrickville protest said he thinks climate change “is one of the most important issues we face seeing as it involves the whole planet.”