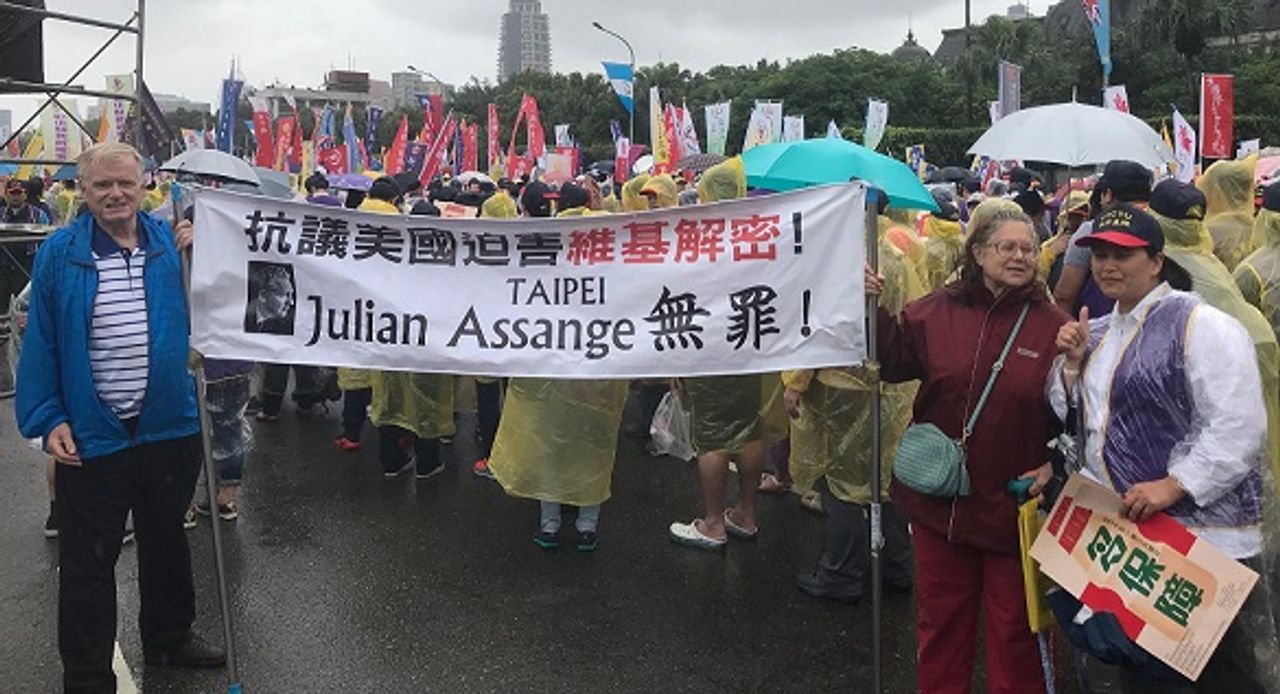 In spite of constant rain more than 5,000 workers blanketed the streets of Taipei in the nation’s annual Labor Day demonstration. The marchers began at Ketagalan Blvd in front of the Presidential Office and marched past the Ministry of Labor, Control Yuan and Legislative Yuan. 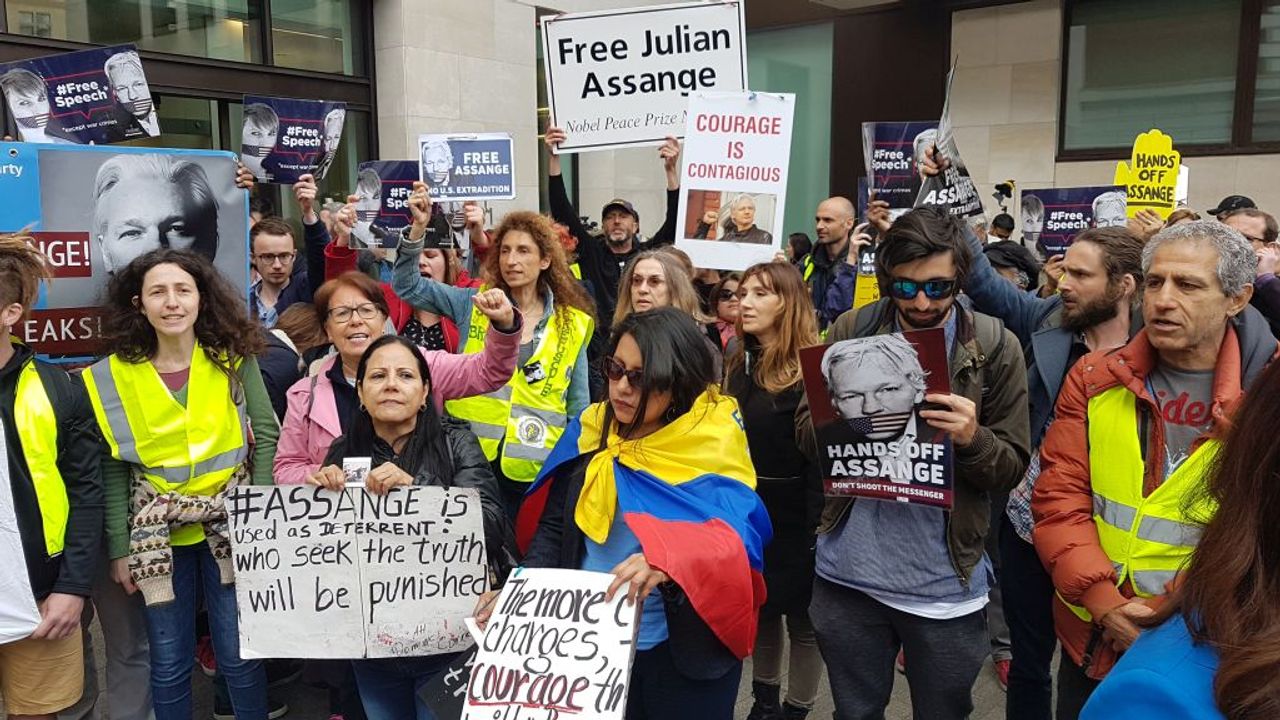 “Today’s protest is a symbol of the fight for freedom”. French Yellow Vests join Assange extradition protest in London: here.

“We need to save his life. That’s how serious it is”, Pamela Anderson and WikiLeaks editor-in-chief visit Julian Assange in prison: here.

In a historic assault on the freedom of the press, the US Justice Department announced Thursday that WikiLeaks publisher Julian Assange had been indicted on 17 counts under the Espionage Act. Assange is being persecuted by the US government for carrying out journalistic activities protected under the First Amendment of the US Constitution. The indictment alleges that Assange, “having unauthorized possession of, access to, and control over documents relating to the national defense, willfully and unlawfully caused and attempted to cause such materials to be communicated, delivered, and transmitted to persons not entitled to receive them… by publishing them on the Internet.” The new charges supersede a previous indictment against Assange released in April, related to alleged computer hacking and carrying no more than five years in prison. These charges were simply a fig leaf to give Ecuadorian government cover for ejecting Assange from its embassy in London: here.