After the morning of 19 April 2019 on Tilos island in Greece came the afternoon. On our way from Megalo Chorio village, a Sardinian warbler on a bush. Then, we saw this pyramidal orchid.

And these white flowers.

We arrive at a wetland with reed beds. Swallows fly low over the water to drink. This is also a favourite drinking spot for Eleonora’s falcons. Relatively many of these rare birds live on Tilos: 10% of the world population.

There comes an Eleonora’s falcon, flying above the reed bed. It is sooty brown, the dark morph of this species. One cannot tell male Eleonora’s falcons from females by their colours. Only by females being a little bigger: my guess is that this bird is a female. Both sexes may be coloured either sooty brown, or somewhat like a hobby for the light morph.

This is an October 2012 video about Eleonora’s falcons on a small island near the big Sardinia island in Italy. 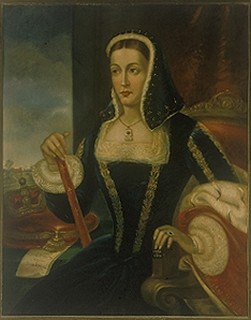 The name Eleonora’s falcon comes from Sardinia. It commemorates Sardinian judge Eleanor of Arborea. She was one of very few female judges in the European Middle Ages. In 1392, she banned harming nests of birds of prey. The first time ever for such a conservation measure. Eleonora’s falcons were named after her. Eleanor of Arborea also made laws giving daughters equal inheritance rights to sons; and improving the rights of raped women.

Eucalypt trees, originally from Australia. With some leaves green, some reddish brown.

Then, a bird approaches fast. Is it a giant swift, maybe an Alpine swift? No, it is a falcon. A hobby? No, it is all dark grey. It is a male red-footed falcon. I fondly remember this species from Lesvos island.

On our way back, we saw this common poppy.

A bit further, we saw these wild chamomile flowers and these wilde oats.

About twenty hooded crows flying together.

As we get closer to Megalo Chorio again, a flock of house sparrows in an orchard.

Stay tuned for more on Tilos!