This 16 April 2019 video shows northern pikes mating. Three of them, probably a female and two males.

Thomas Knijnenburg from the Netherlands made this video.

This 16 April 2019 video from the USA by independent senator and Democratic party presidential candidate Bernie Sanders says about itself:

The U.S. Government Knew About Climate Change Up To 5 Decades Ago

Just like Shell and other Big Oil corporations knew. And just like Big Oil, they covered it up.

I am so incredibly proud of the youth fighting against climate change. Our climate struggle would not have progressed as much as it has without their momentum and support. I thank them for their relentless work in the fight for a cleaner, safer world.

It is not easy; the toad has to use even its eyes for it.

Nathan Schrijver made this video in Utrecht province in the Netherlands. 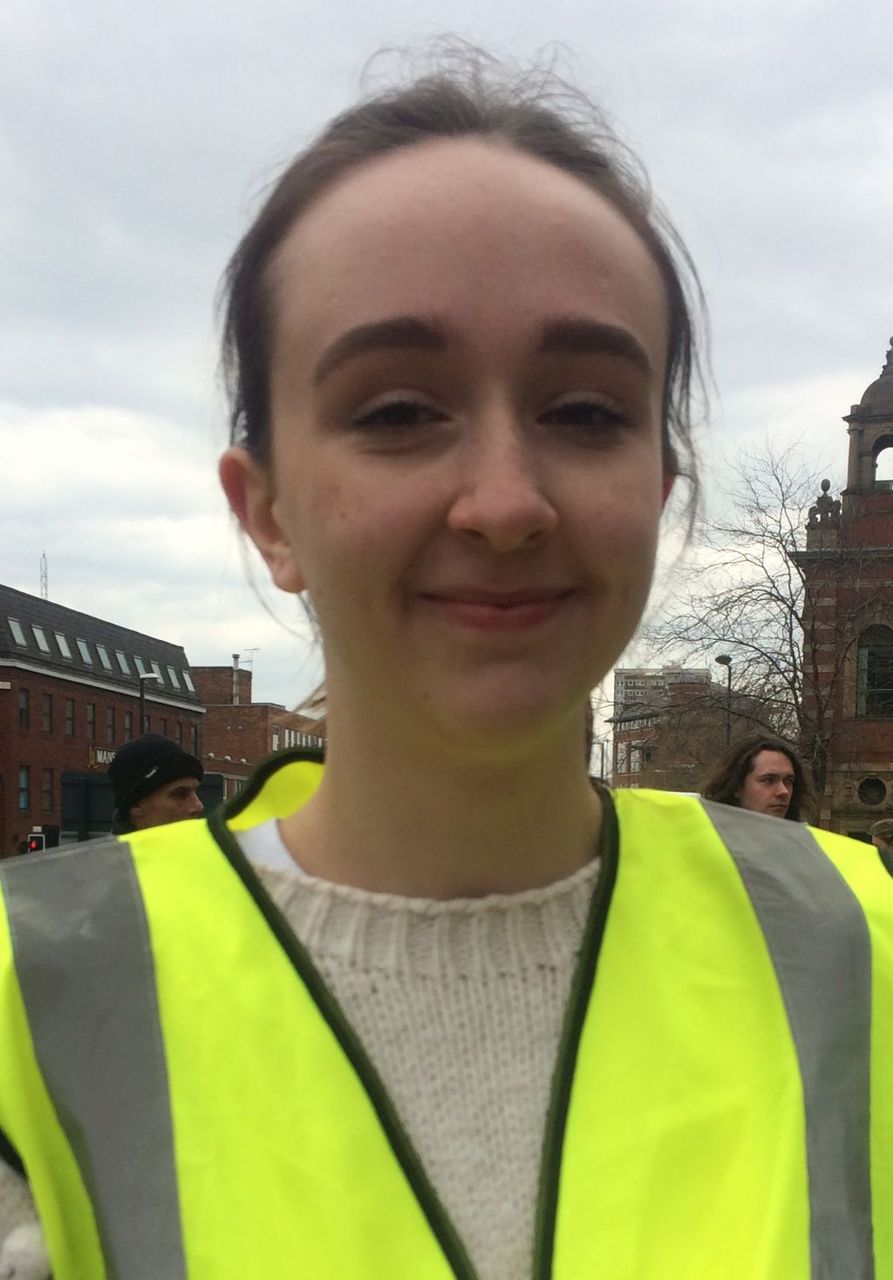 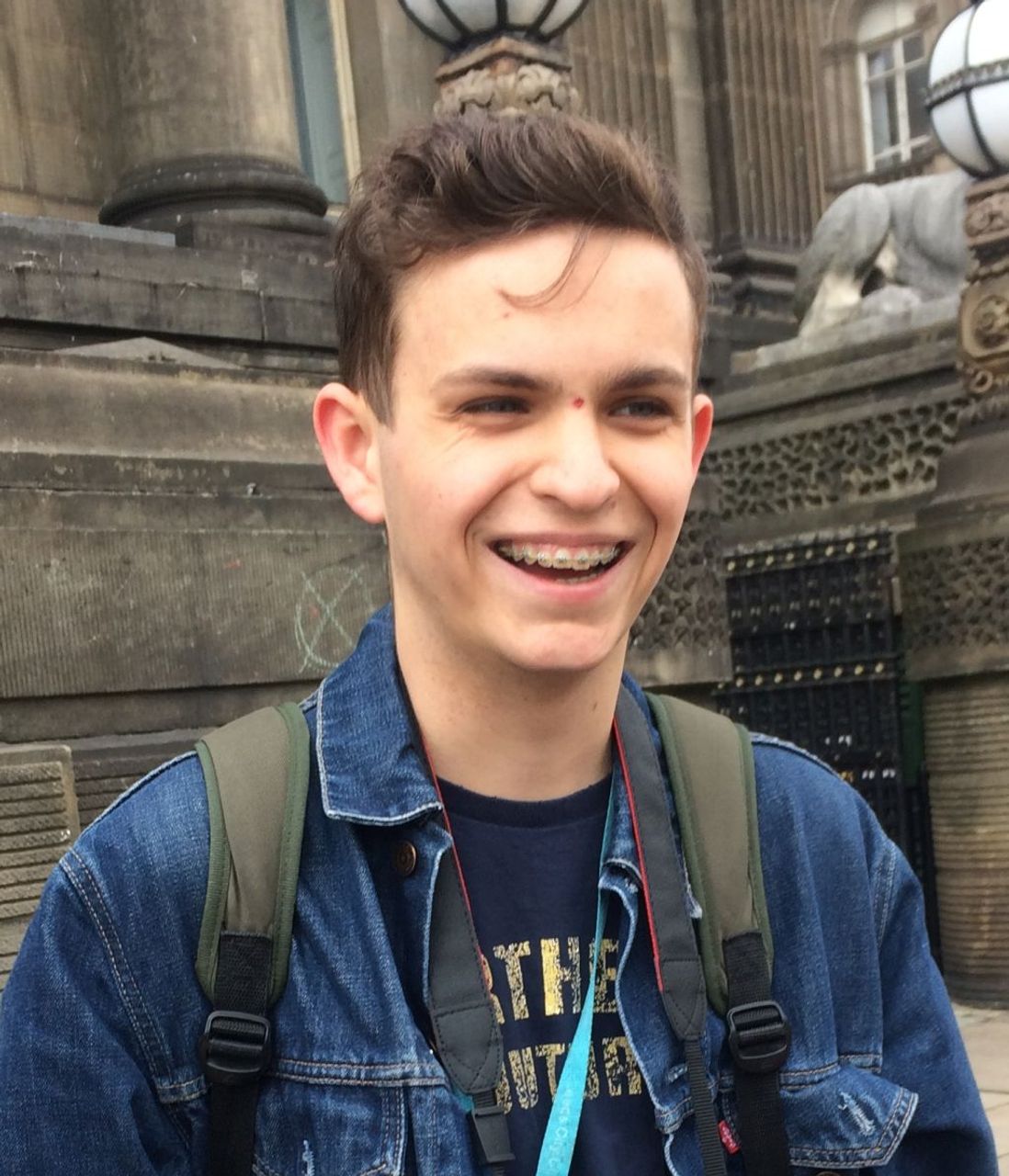 Jacqueline Gerhardt in the Netherlands made this video.

This 3 April 2019 video from the USA says about itself:

On top of that, the company also received a multi-million dollar tax rebate from the federal government. How does the company do it?

Does America have a corporate income tax problem?

Amazon is one of the world’s most valuable companies, valued at nearly $800 billion, and the e-commerce giant pulled in $232.9 billion in global revenue in 2018. And yet, Amazon’s federal tax bill this year: $0. For the second year in a row.

In fact, Amazon is actually getting a federal tax refund of $129 million this year, due in part to a combination of tax credits and deductions. This is despite the fact that Amazon nearly doubled its taxable income in 2018 to $11.2 billion, from $5.6 billion a year earlier. In other words, Amazon is basically paying a -1 percent federal income tax rate this year after reportedly paying a federal rate of more than 11 percent between 2011 and 2016, according to The Week.

Senator Bernie Sanders, I-Vt., who has criticized Amazon in the past for not paying higher federal taxes, took to Twitter to point out that any Amazon Prime member paid more for that program’s annual fee ($119) than the company paid in federal taxes.

A report this week from the Institute on Taxation and Economic Policy, or ITEP, a nonpartisan and nonprofit tax policy think tank, pointed out the fact that Amazon will not pay federal taxes for the second year in a row. In fact, last year, Amazon received an even larger refund, getting $137 million from the federal government.

Dozens of giant US corporations, including 60 of the Fortune 500, used deductions, credits and other tax loopholes to avoid paying any federal income tax for 2018, according to an analysis issued by the Institute on Taxation and Economic Policy (ITEP). The report was published April 11, just in time for the April 15 deadline for most American working people to file their tax returns.

The 60 companies in the Fortune 500 who paid no federal income tax had net incomes just from US operations of nearly $80 billion ($79,025,000,000, to be exact). They include such household names as Amazon, Chevron, Deere, Delta Air Lines, General Motors, Goodyear, Halliburton, Honeywell, IBM, Eli Lilly, Netflix, Occidental Petroleum, Prudential Financial and US Steel.

Meanwhile, millions of moderate-income families are finding that their income taxes have either increased or their expected tax refunds have evaporated because of restrictions on the itemization of tax deductions, the imposition of a $10,000 cap on state and local tax deductions and a cut in the mortgage interest deduction.

Among the report’s most outrageous findings:

Amazon more than zeroed-out its tax bill on $10.8 billion in profits, making use of accelerated depreciation deductions on equipment as well as favorable tax treatment of stock-based compensation for executives like CEO Jeff Bezos, the wealthiest man in the world. The stock compensation deduction alone was worth $1 billion. Amazon will actually show a credit of $129 million from the US Treasury, not paying one cent in federal income taxes.

IBM is another corporate giant that has gamed the tax system by shifting earnings to its foreign operations to escape US taxation. The company reported worldwide profits of $8.7 billion, but only $500 million in the United States. It will reap a $342 million credit from the Treasury.

Delta Airlines accumulated $17.1 billion in federal pre-tax net losses as of 2010, partly as a consequence of a protracted crisis of the airline industry, partly as a result of the 2008 Wall Street crash. It has used these losses as well as the accelerated depreciation credit for purchase of new planes to “dramatically reduce their tax rates”, according to the ITEP report, receiving a credit of $187 million in 2018 despite net profits of more than $5 billion. According to Delta’s chief financial officer, the actual tax rate the company expects to pay going forward is between 10 and 13 percent, far below what a typical Delta worker pays on his or her income.

EOG Resources, a renamed remnant of Enron, perpetrator of the biggest corporate fraud in American history, can collect $304 million from US taxpayers on top of $4.07 billion in profits.

For one company, the federal tax refund would actually exceed net profits. Gannett made a $7 million profit, while showing an additional $11 million credit from the Treasury, giving the newspaper publishing giant an effective tax rate of negative 164 percent.

Sixteen of the 60 companies made more than a billion dollars in net income on their US operations, to say nothing of foreign subsidiaries. Oil and gas producers and utilities comprised more than one-third of the total, led by Chevron and Occidental among the oil companies, and DTE Energy, American Electric Power, Duke Energy and Dominion Resources among the utilities.

The 60 companies profited enormously because the Trump tax cut bill cut the basic rate for corporations from 35 percent to 21 percent, while not eliminating the loopholes they had previously used to keep their taxes low. They had the best of both worlds, paying lower rates while still enjoying loopholes.

Overall, according to the Joint Committee on Taxation, an arm of Congress, the cut in the corporate tax rate alone will pump $1.35 trillion into the pockets of the corporations over the next 10 years. For this year alone, corporate taxes have been cut by 31 percent.

For the 60 companies in the ITEP report, “Instead of paying $16.4 billion in taxes, as the new 21 percent corporate tax rate requires, these companies enjoyed a net corporate tax rebate of $4.3 billion, blowing a $20.7 billion hole in the federal budget last year.”

This figure by itself is an irrefutable answer to all the bogus claims—made to workers in every part of the United States—that there is “no money” to pay for needed social programs, for wage and benefit increases, or to hire additional workers to reduce overwork and understaffing. The $20.7 billion would pay for a $7,000 bonus to every public school teacher in America.

The bonanza that these 60 corporations are enjoying is three times the amount that Trump proposes to cut from the budget of the Department of Education. It is 10 times the total amount budgeted for the Bureau of Indian Affairs, which provides services for more than 2 million Native Americans. It is nearly 20 times the budget of the Occupational Safety and Health Administration, which conducts workplace safety inspections.

The ITEP report, issued by a group with close ties to the Center on Budget and Policy Priorities, a liberal Washington think tank, warns of the explosive political consequences of the corporate plundering of the Treasury. “The specter of big corporations avoiding all income taxes on billions in profits sends a strong and corrosive signal to Americans: that the tax system is stacked against them, in favor of corporations and the wealthiest Americans,” the report says.

At the same time, the tax cuts for big business are fueling the federal deficit, which will be used by both Democratic and Republican politicians to call for further cuts in social spending. The February monthly federal deficit hit an all-time high of $234 billion this year, as a result of a 20 percent drop in corporate tax revenue. The deficit for the first half of 2019 is projected at $961 billion, and the deficit for the fiscal year ending September 30 is expected to reach $1.1 trillion, as bad as the deficits posted in the immediate aftermath of the 2008 financial crash.

This 10 April 2019 video is about a spotted crake feeding in Limburg province in the Netherlands.