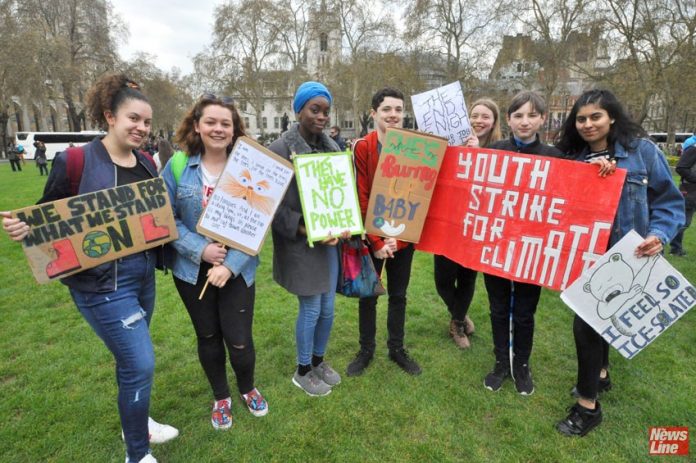 Lana Daly came with friends from west London and said: ‘The government needs to implement a strategy that cares for the environment. They need to listen to the science.

‘They just don’t seem to care about what happens in the future.’

Angel Innes came with her school friends from Luton and said: ‘We held a school strike in Luton in March and that was really successful. We are demanding action from the government on climate change. There are so many of us leaving school now that want change.’

Thousands of students warn May to act on climate change

This German tweet is about the Berlin pro-climate strike yesterday.