On 9 April 2019, we went again, like on the day before, to the botanical garden. Again, the photos in this blog post are made, as an experiment, with a ‘lensbaby‘: a kind of camera lens enabling to make photos in which some parts are focused while other parts are not. Like in this photo of Tulipa clusiana flowers. 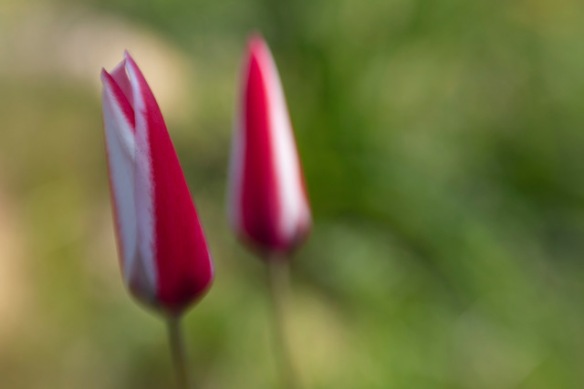 These tulips were still not open; as the weather was colder than on 8 April. 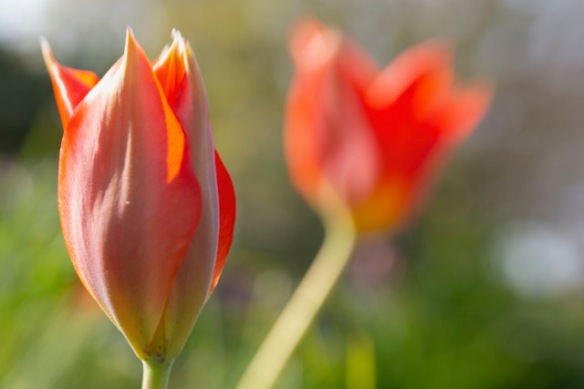 The tulips grow on terraces, built especially to make it easier for visitors to see or photograph them.

On the sides of the terraces grows much fern-grass. Though it is an interesting, fairly rare species, the garden does not really want it here. As they prefer, eg, wall-rue ferns growing on the walls.

In the garden, greenfinch sound.

Two great crested grebes in love, swimming in the canal. A lesser black-backed gull on the bank.

The injured carrion crow and its non-injured partner are still near the astronomical observatory.

A female ring-necked parakeet tries to enter a hole in a tree. Time after time, she manages to insert her head and her neck. But the hole is too small for the rest of her body. Finally, she flies away.

Then, we go to the orchid hothouse. 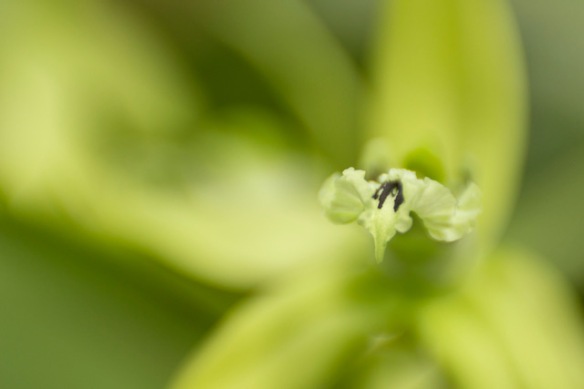 In the next hothouse, the giant stick insects which were hidden last time, are visible now. Both adults and youngsters.