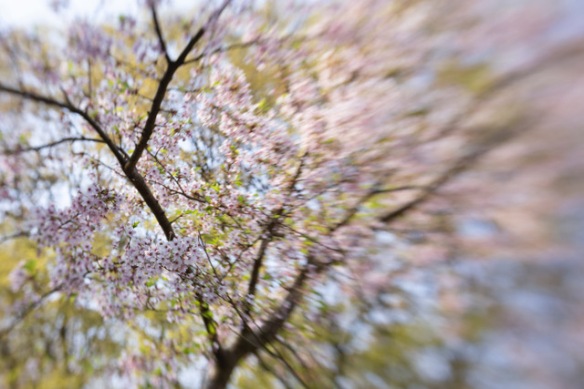 On 8 April 2019, we went to the Leiden botanical garden. Again, like in my Oostvaardersveld blog post, the photos in this blog post are made, as an experiment, with a ‘lensbaby‘: a kind of camera lens enabling to make photos in which some parts are focused while other parts are not. Like in this photo of a flowering tree in the Japanese garden within the botanical garden.

A great tit. A jay. A male blackbird.

A greenfinch sings. So does a dunnock. Ring-necked parakeets. 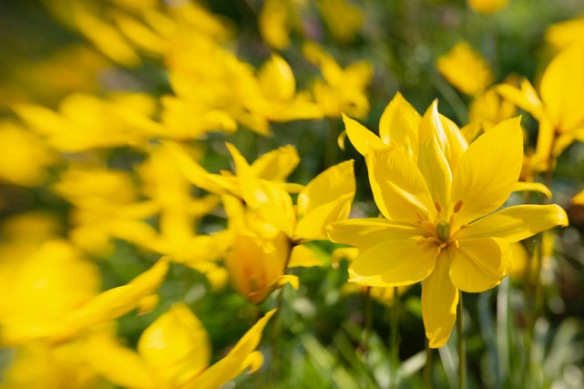 We saw these beautiful yellow flowers.

On a roof on the other side of the canal, a lesser black-backed gull and two herring gulls. A coot swims. A blue tit on a tree.

Two great crested grebes swim together. They are in love. A robin sings. 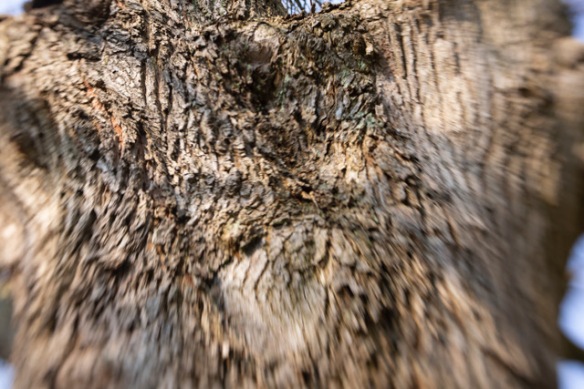 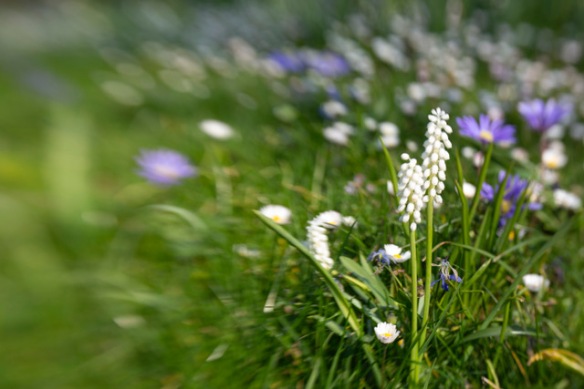 Near the astronomical observatory, these grape hyacinth flowers. They are usually blue, but these ones were white. 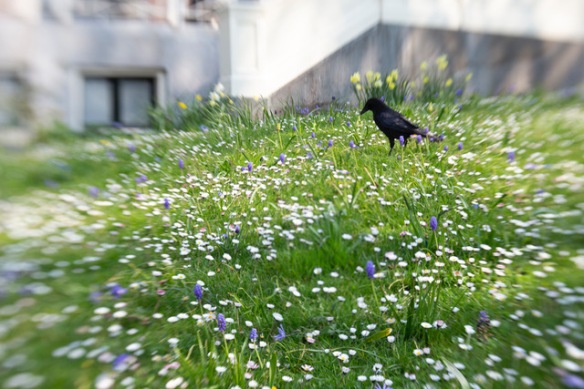 Also near the astronomical observatory, among daisies and other flowers, this carrion crow. A bit unusual bird: some white feathers in its black plumage. Also, one of its wings appeared to be broken. It could hardly fly. Fortunately, its non-disabled (male or female) partner had not left it, but was still around.

Then, to the fern garden. A peacock butterfly. 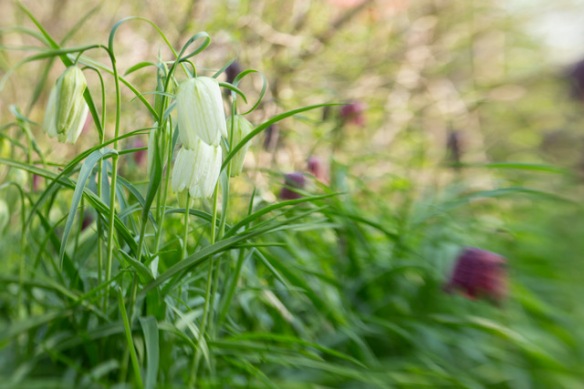 We continued to the stream. There, we saw snake’s head fritillary flowers. These white ones … 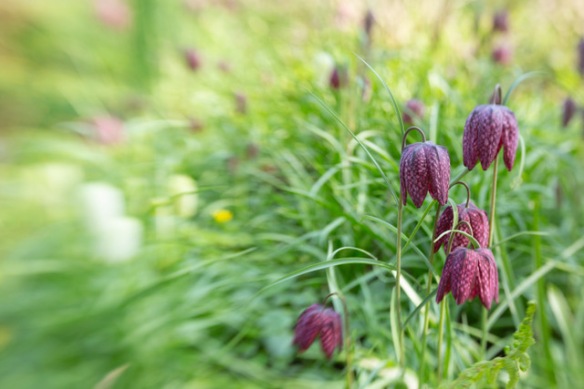 … and these purple ones.

Stay tuned; as the next day we went to the botanical garden again!