“You don’t ever expect to be hauled out of your house, marched into a gas chamber, and be choked to death,” says Irene Fogel Weiss. Yet, that is exactly what happened to most of her family in the summer of 1944. Irene was thirteen at the time, and by several twists of fate, she survived. “There is a life force in all of us that you just want to live another day,” she says. “Let’s survive this. We have to survive this.”

Irene shares her story of survival with hundreds of high school students every year. In this program, we listen in on her presentation to Woodson High School students as she shares a personal account of the events that lead to the Holocaust. She discusses her life as a child in Hungary, the changes she witnessed as the Nazis took power, and all manner of degradations imposed on the Jewish people.

Irene describes how her family was ostracized from society and how the Jewish “ghettos” were created. She discusses what her family did and did not know about Nazi practices across Europe and how the deportation of Jews worked. She recounts her arrival at the worst of all Nazi death camps – Auschwitz-Birkenau – and shares historic photos, taken by the Nazis, which capture the very day that her family arrived.

She talks about the painful separation from her family and what it was like to be a prisoner at Auschwitz.

After sharing the story of her liberation and rebuilding her life in America, Irene examines the questions of propaganda and humanity that surround the Holocaust. She helps students understand the importance of critical examination of information and comparing sources. She discusses how a basic lack of empathy and humanity toward each other can lead to cruel, and ultimately horrific, behaviors. Irene uses her experience in the Holocaust as a lesson for us all.

By Margot Miller in Britain:

The fascist right is once again rearing its ugly head, aided by a concerted attempt to falsify history and rehabilitate Nazism by minimising its crimes.

There will soon be no living survivors who can testify to the horrors of the Holocaust in which six million Jews were murdered. Director Arthur Cary has captured the testimony of some of the last generation who were children in the camps, most of whom saw the genocide of their parents, siblings, relatives and friends. Cary spent a year with the survivors making this unique documentary. His other credits include TV series American Justice.

When the camps were liberated at the end of the war, thousands made their way to Britain. But most remained silent for decades, unable or unwilling to speak about their experiences. The viewer is introduced to the octogenarians, some older, who are about to tell their stories. In 1945, Ivor Perl was a 13-year-old in Dachau, where he lost his parents and brother. “For 50 years I couldn’t talk [about it, but] you can’t reject the past, it has various ways of guiding your life,” he says.

All the participants in the film evidence a terrible level of trauma.

Ivor, now 86, shares the memories of his 13-year-old self in Auschwitz. It was time for his bar mitzvah. Looking through the barbed wire fence and seeing the birds fly by, he remembers thinking, “Please god, let me out of this hell hole.”

“Grenfell Tower made a tremendous impression” on Ivor. “When I saw the flames, I could see my family burned in the camp.”

After more than 60 years, he returns to Auschwitz for the first time, accompanied by his daughter and grand-daughter. It is at his daughter’s instigation—an attempt at a deeper understanding. He clearly does not want to be there but is shown speaking to other visitors of his experience before making clear he has had enough. Talking doesn’t help. 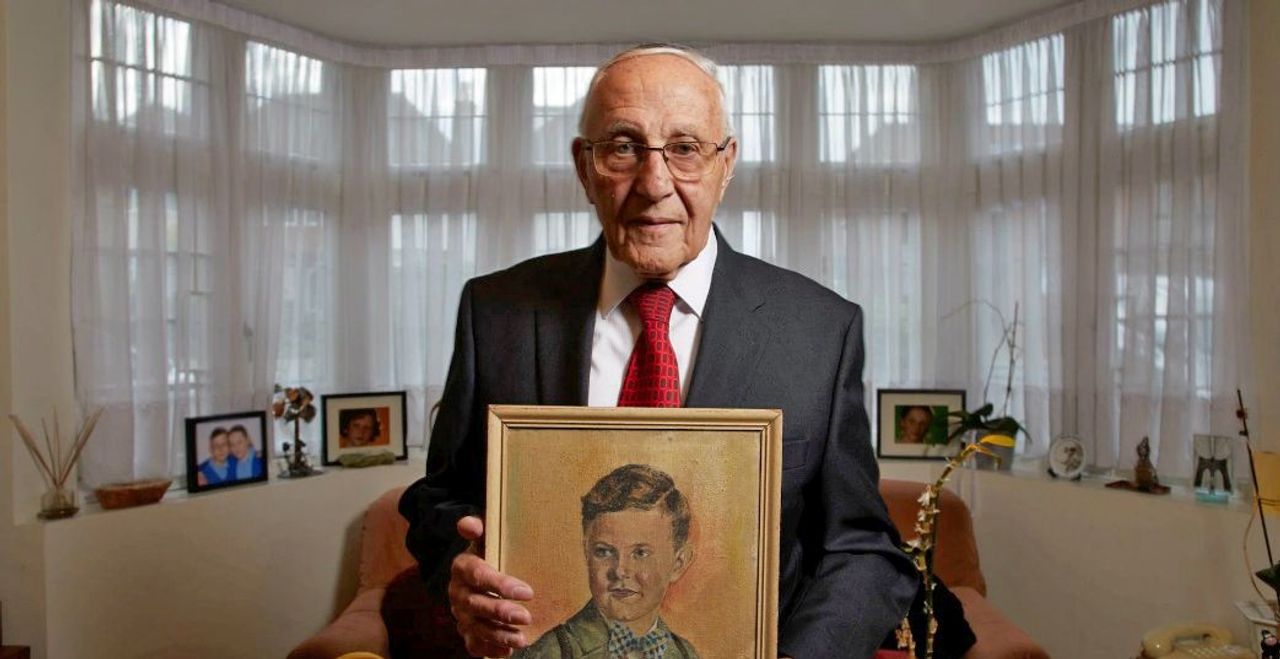 Ivor’s daughter explains how she felt she could not approach her father when she was upset, because of his childhood.

Anita Lasker-Wallfisch, 93, only escaped the gas chamber because she was a cellist and was enlisted to play in the camp orchestra. She is hardened by her experiences in the camps, uncommonly strong. But this has impacted on her relationship with her child, Maya, who she named “after my beloved elder sister. I wanted to recreate a family.”

Anita admitted she did not understand how to make her child happy, could not relate to the trauma felt by Maya and other children of survivors. Maya had parents and a roof over her head, so she “should be grateful.” She too found it problematic talking about what had happened in those dark days. When do you tell children why they have no grandparents, she wondered?

Maya felt “there was something wrong with me.”

We see Anita at the Memorial for the Murdered Jews of Europe in Berlin. For the “neo-Nazis this is a complete eyesore”, she says. We see her addressing the Bundestag (German parliament) in Berlin at the annual Holocaust memorial Commemoration. The fascist Alternative for Germany (AfD) now sits in the Bundestag as the official opposition. Last month, an AfD deputy denounced the Holocaust Commemoration in parliament—the third attempt this year to besmirch the memory of the victims of the Holocaust.

Manfred Goldberg, 87, struggled all his life to come to terms with the death of his little brother, Hermann, in the camps. He has a painting of Hermann—he paid an artist in English cigarettes to capture his likeness from a photograph. He gave it to his mother on her first birthday after they were liberated.

Finally, after 72 years, he is able to return to his hometown Kassel to place a memorial plaque to his family. Deeply moved, he says his loss has “now been publicly and officially, incontrovertibly and indisputably confirmed,” but questions how many people will stop and truly look.

Lydia Tischler recounts how she used to fantasise that her mother had survived. She was not unique in this. She wrote a short poem when “at a low point”:

Frank Bright, who now lives in leafy Martlesham Heath, Suffolk, was a child inmate in Belsen. He has an old class photograph, and on each pupil is placed either a red or blue sticker. “It’s red for dead,” he tells the camera. 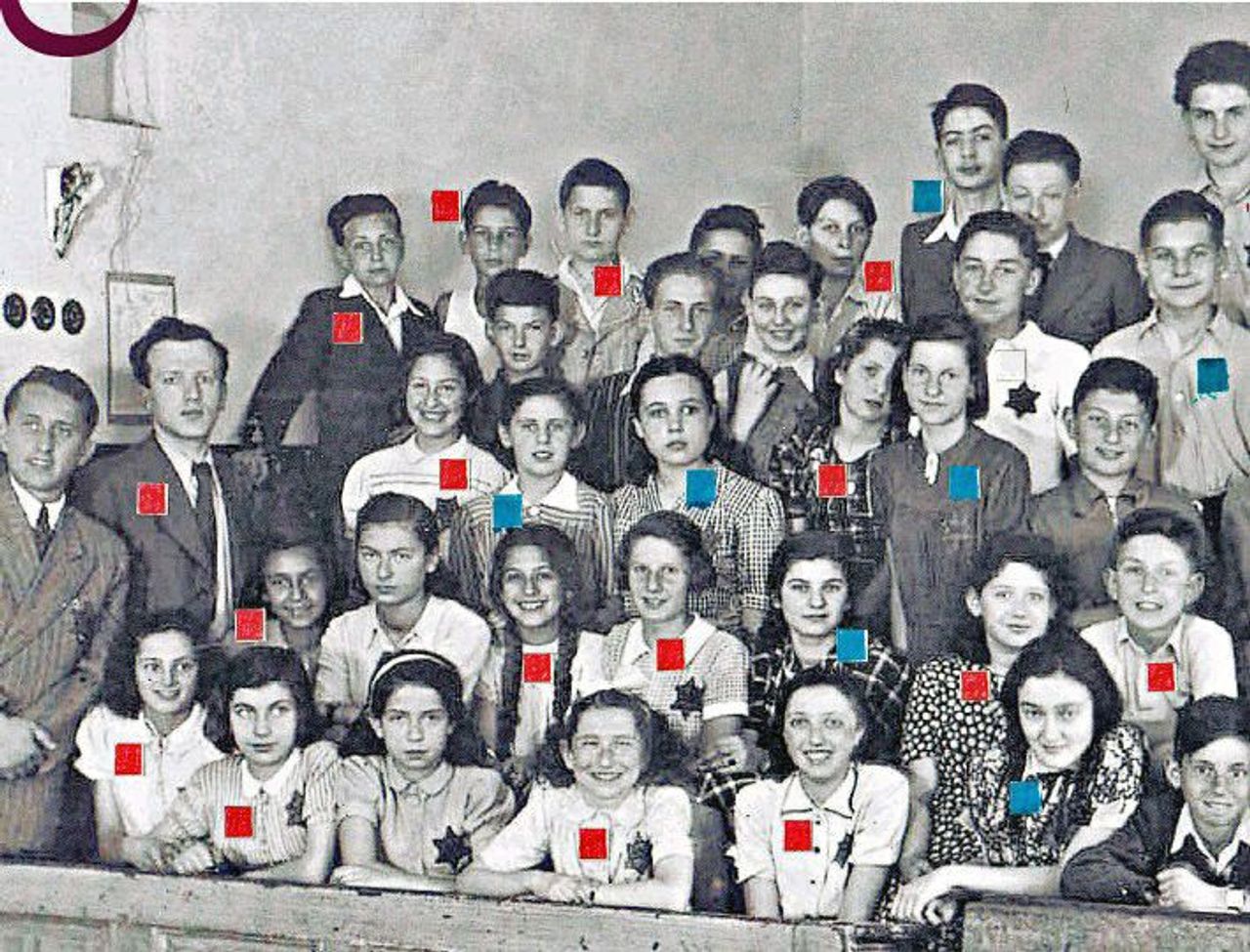 We follow his finger on a spreadsheet where he has recorded the fate of all his classmates who died in the camps—“otherwise like all the rest they disappear into oblivion.”

Frank describes his world after liberation. “There was no home, no class mates, all was gone. I was completely on my own.” 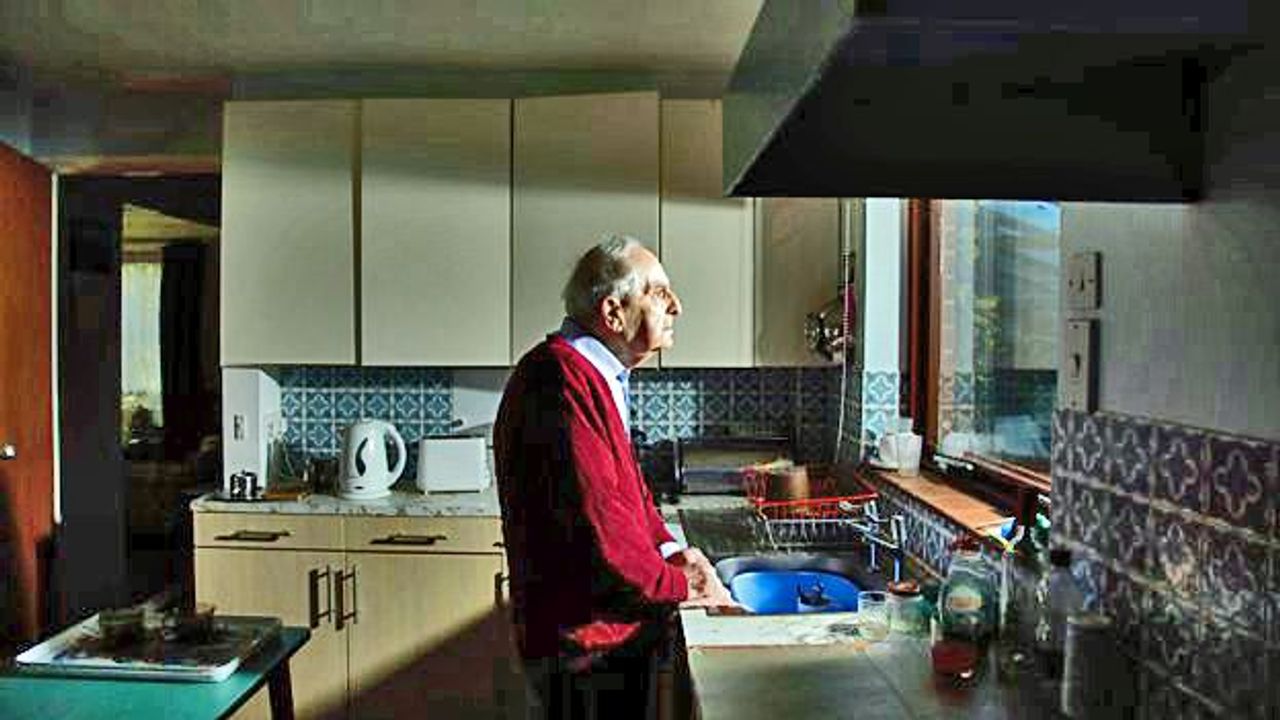 At 79, Maurice Blick attends the launch of an exhibition of his sculptures. His wife tells us that the models’ faces all portray his father, who died in Auschwitz. He has peopled his spacious garden with these larger than life statues, rough-hewn yet with grace and beauty. He says he “feels the need to bring his father back to life,” to give life to the mountain of corpses his young eyes bore witness to.

Maurice says creating does not come easily, describing his first effort—the little model he made for his sister for her first birthday in the camp. “I’d found a carrot, a bit bent. I made it into a boat, I put sticks in for masts. I was 5 and a half. I couldn’t give her this.” One morning, before her birthday, she was found dead. His older sister just placed her outside on the heap of other corpses who had passed away in the night. His work has “always been a struggle, never a lovely experience, always a torment.”

Painter Sam Dresner, who lives in Harrow, London, says he realised a year or two ago that his “hang-ups from the days in the camp seem to be getting stronger.” His mother and sister were sent to the extermination camp Treblinka, in occupied Poland, where they were gassed.

We see a beautiful acrylic sketch from memory of his mother. She looks very sad. But he cannot picture his sister and he has no photograph of her. This frustrates him. He has made an abstract collage in memory of her.

Another “obsession” he has is with forests, which he recreates on canvass. “The bigger, the darker the forest the better, for smaller exterminations like 500,” he recalls. The sick were disposed of there—“some were still alive when buried.”

Sam is consumed with anger, he has “dreams of revenge.”

Despite experiencing unimaginable horrors, every one of the survivors featured in the film are remarkable. The sorrow that they carry with them still has not given way to despair. They are, however, as bewildered today as they were so many years ago as children as to why this happened to them.

Manfred considers “those events we went through, which we cannot comprehend.”

Zigi Shipper worries about the future. “Europe, America, the Middle East, things are brewing everywhere. We could live in peace and we don’t even attempt to.”

Anita asks herself, “Who can make sense of it? There is no sense in anything that happened. We’re really talking about a 1,000-year-old virus called anti-Semitism.”

The heart-rending testimony of the last survivors underscores the monumental scale of the crimes committed by the Nazis and the fact that there is still much confusion about fascism and its rise to power. A powerful milestone in understanding these critical events from the 20th century was the publication last October by Mehring-Verlag (Mehring Books) of an examination of the current day resurgence of fascism in Germany. Why Are They Back? Historical Falsification, Political Conspiracy and the Return Of Fascism in Germany is authored by Christoph Vandreier, the deputy-chairperson of the Socialist Equality Party (Sozialistische Gleichheitspartei–SGP).

The English edition of the volume will be launched on March 17 at Foyle’s bookshop in London. Vandreier and David North, the national chairperson of the Socialist Equality Party in the US and chair of the International Editorial Board of the World Socialist Web Site, will speak at the event.

This vital publication will provide an important weapon in arming the working class against the return of fascism and war, so that future generations do not have to go through the agonies related by the survivors in Arthur Cary’s remarkable film.

The Last Survivors can be accessed on BBC iPlayer until February 26.

Earlier this year, German public broadcasters aired the 1978 American TV series “Holocaust” on the occasion of the 40th anniversary of its first broadcast in West Germany, in 1979. On that occasion, the series shook West German society, with an estimated 50 percent of the total population watching at least one episode: here.