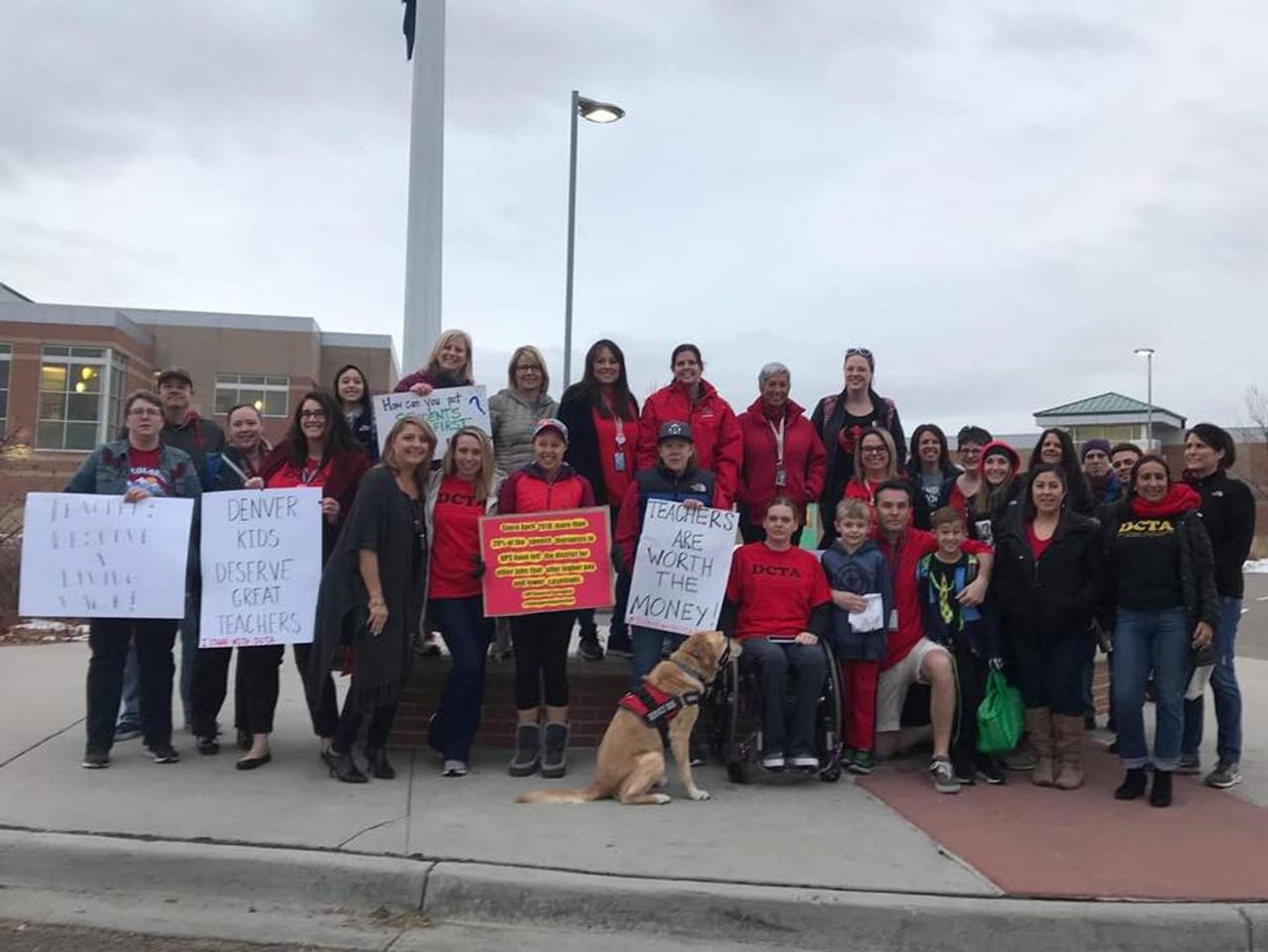 In their first strike in 25 years, Denver, Colorado teachers walk out. By Nancy Hanover, 11 February 2019. The Denver strike highlights the growing determination of educators, nationally and internationally, in the face of a concerted assault on public education.

DENVER TEACHERS TO STRIKE Denver teachers are planning to strike for the first time in 25 years after failed negotiations with the school district over base pay. [AP]

Teachers and other school workers in all 55 West Virginia counties voted last week to call a work action against a reactionary omnibus education bill moving through the legislature: here.

Last Friday, at least 4,000 high school students across Oakland either stayed home or walked out of class in a “sickout” coordinated by the students themselves, as a demonstration of solidarity with their teachers and their determination to fight to improve public education. Roughly 200 students, along with some parents, rallied outside Oakland Technical High School and marched down Broadway to the Oakland Unified School District (OUSD) headquarters downtown: here.

Three thousand teachers in Oakland, California, are set to strike Thursday after voting overwhelmingly in favor of the action at the end of January. Educators in the Bay Area city have been working without a contract since July 2017 and have grown increasingly frustrated with the stalling tactics of the union, the Oakland Education Association (OEA), and the Democratic Party controlled school board: here.