This 1 February 2019 video from the USA says about itself:

The author of an article on Henry Ford’s anti-semitism was fired.

By Tom Mackaman in the USA:

The city of Dearborn, Michigan last week suppressed an edition of a local historical journal that detailed the promotion of extreme anti-Semitism by auto magnate Henry Ford (1863-1947) in his newspaper the Dearborn Independent during the 1920s. The city also terminated the contract of the article’s author, Bill McGraw, who previously had a 31-year career as a writer and editor at Detroit’s major daily newspapers. 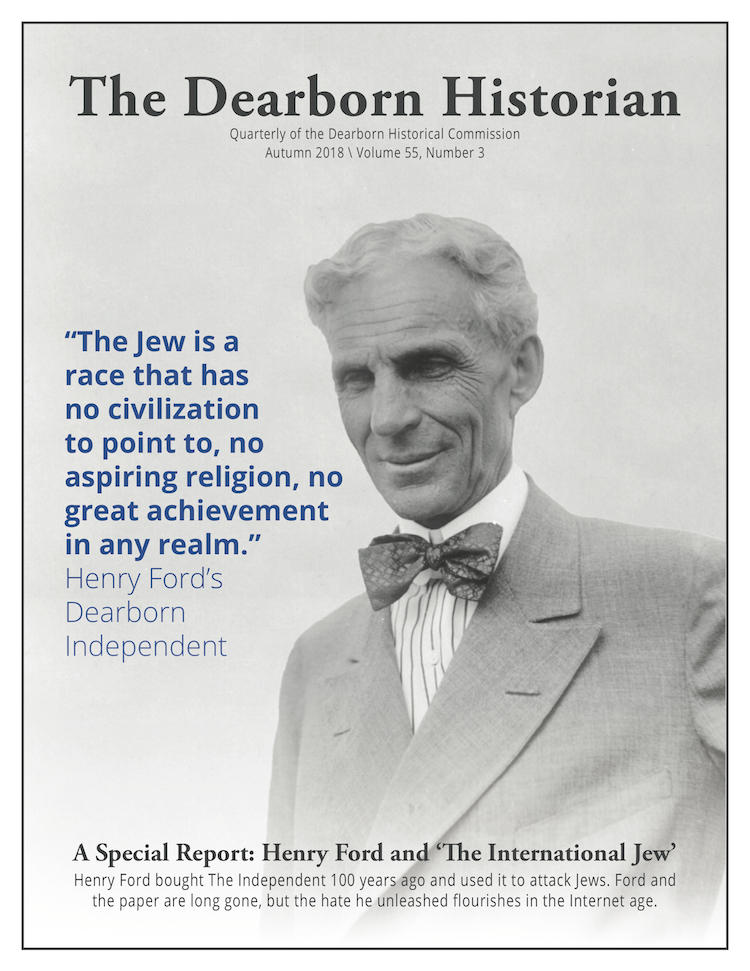 The censored journal describes how, beginning in 1920, Ford’s newspaper began publication of a series of articles that came to be titled The International Jew, which claimed that a Jewish conspiracy controlled world finance and “Bolshevism”. McGraw’s article describes the connections between Ford’s anti-Semitism and Hitler’s National Socialist (Nazi) party, as well as to far-right organizations in the present day. 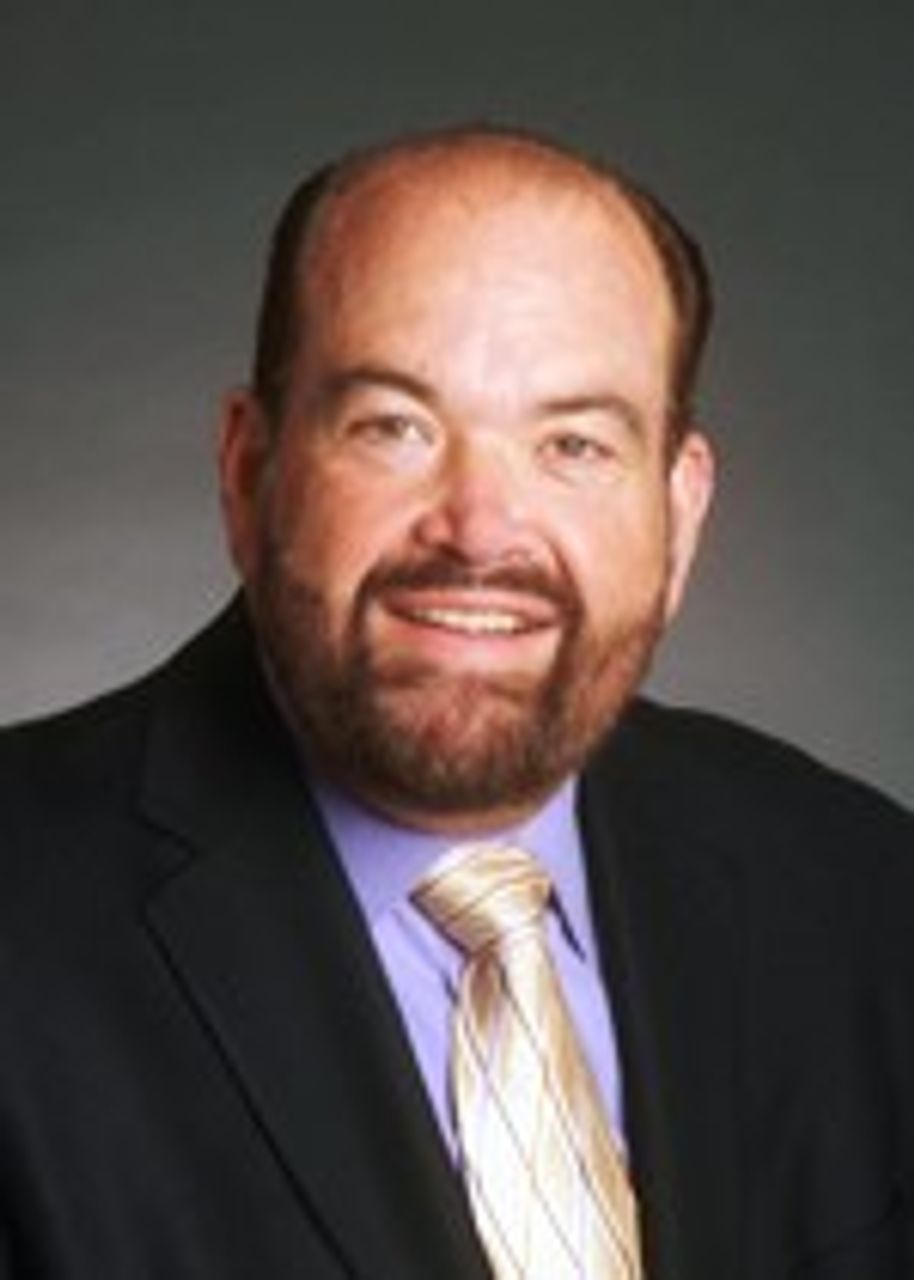 Mayor John B. “Jack” O’Reilly ordered a halt to distribution of the quarterly publication, The Historian, and saw to the removal of McGraw, who was also the journal’s editor. The printed journals, which had been ready for distribution to their 230 subscribers, were sent back to the printing plant.

O’Reilly, a Democrat who once served as a staffer to Congressman John Dingell, made no attempt at a legal justification for his grossly anti-democratic action. “It was thought that by presenting information from 100 years ago that included hateful messages—without a compelling reason directly linked to events in Dearborn today—this edition of The Historian could become a distraction from our continuing messages of inclusion and respect,” he said in a statement issued last Friday.

The mayor, with unbounded cynicism, resorted to the political vocabulary used in Democratic Party circles to promote identity politics to justify censorship in the defense of a vicious anti-Semite who founded the auto company that just happens to economically and politically dominate Dearborn, and which remains under the control of the Ford family. His statement employed buzz words such as “hateful messages” and “inclusion and respect”, as well as “diverse communities” and “unity and understanding.”

Mayor O’Reilly interpretation of words like “inclusion and respect” appears to be that Jews should not ‘moan’ about anti-Semitism; African Americans should ‘quit bitching’ about slavery and Ku Klux Klan lynchings; LGBTQ people should be silent about homophobic violence; and anti-nazis should ‘respect’ nazis or else be labelled ‘terrorists’ by the FBI (like happened recently in California).

Since Henry Ford moved his headquarters to Dearborn a century ago and built there his mammoth River Rouge plant—for a time the world’s largest single industrial complex—Dearborn has been, in all but name, a company town. Even today, in a city whose population is only 95,000, Ford employs roughly 50,000—at its Rouge manufacturing facility, its corporate headquarters, and its Visteon parts maker. Ford is by far the largest property holder and taxpayer.

Organizations that purport to defend Jews against anti-Semitism such as the American Israel Public Affairs Committee (AIPAC) and the Anti-Defamation League (ADL), which regularly denounce as anti-Semites public figures who dare to express concern over Israel’s oppression of the Palestinian population—have been silent on the city of Dearborn’s actions, though the local Michigan branch of the ADL mustered a statement requesting that the mayor “reconsider” the journal’s suppression. It did not ask for McGraw’s reinstatement. 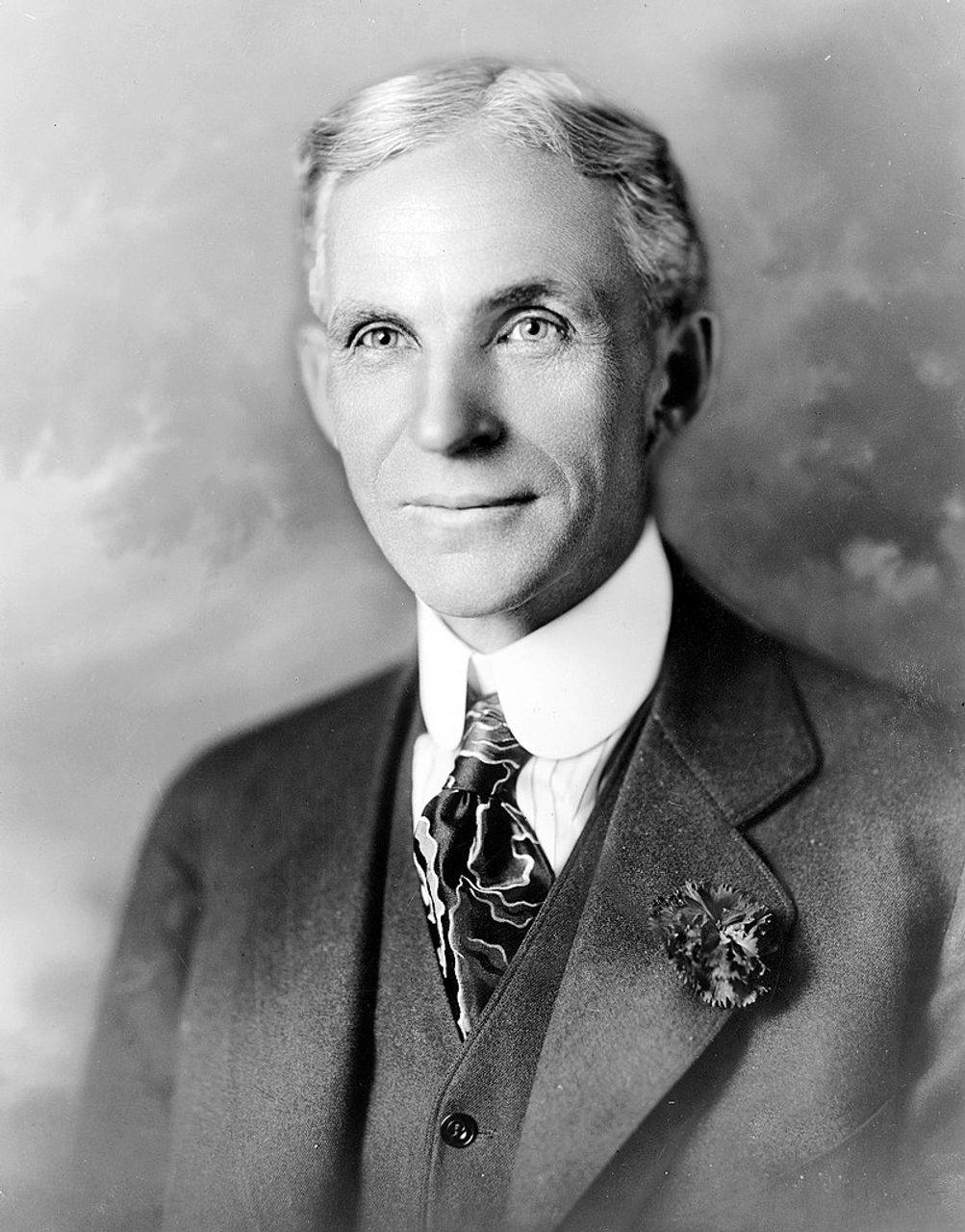 Whatever his intentions, Mayor O’Reilly’s effort at censorship backfired. A web page posting McGraw’s article has been visited tens of thousands of times. The article is worth reading.

Marking the 100th anniversary of the first issue of the Dearborn Independent under Ford’s ownership, the article details how the newspaper served as a platform for vicious slanders against Jews—and how these contributed to the Nazi movement in Germany and to current far-right tendencies. Ford, who himself wrote a weekly column in the paper, used his celebrity, as well as millions of dollars of his own money, to promote both the newspaper and its anti-Semitic writings.

Ford’s anti-Semitism, as Hitler’s, was completely bound up with his anti-communism and fear of socialist revolution. Ford was notorious for using his own private army of gangsters and thugs—the notorious Ford Service Department headed by Harry Bennett—to spy on and smash up early efforts to unionize his plants.

In the spring of 1920, the Dearborn Independent launched a series of articles called “The International Jew: The World’s Problem”. These articles revived the Czarist Russian forgery known as “The Protocols of the Elders of Zion”. They were assembled in a book, The International Jew, which sold two million copies and was published in 12 languages. 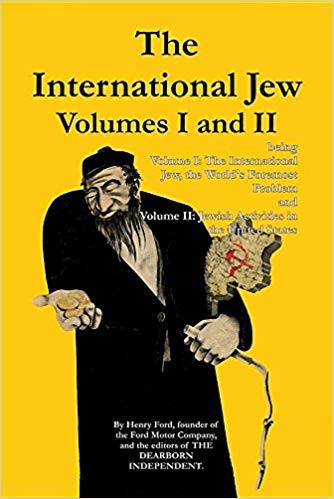 The Dearborn Independent carried on its attacks on Jews for two years. In part leaning on Ford’s network of car dealerships, the weekly newspaper reached a circulation of 700,000. In sum, Ford’s anti-Semitic publishing efforts were, according to McGraw, “the most sustained printed attacks on Jews the world had ever seen.” 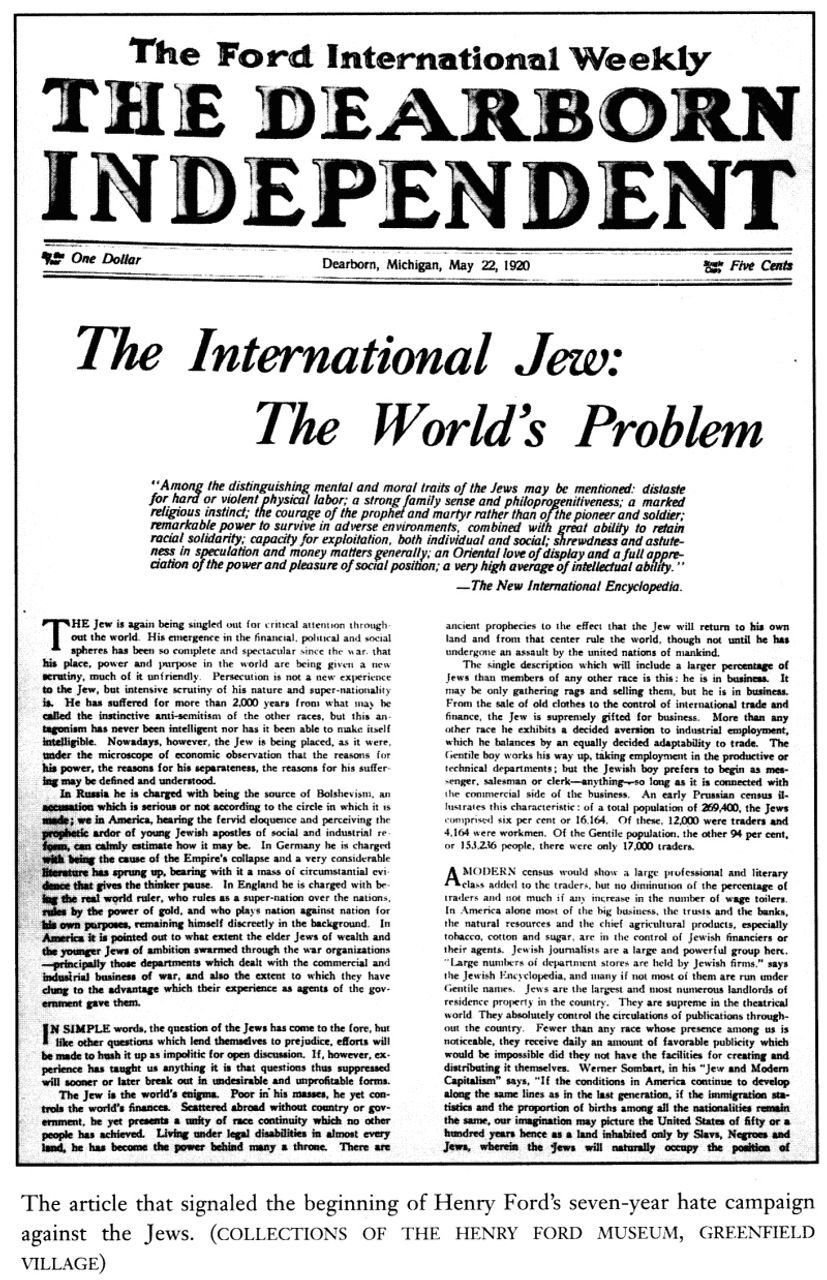 The Dearborn Independent pioneered claims later associated with Hitler that “international financial controllers…are exclusively Jews,” and that “Bolshevism” was a Jewish creation and conspiracy. McGraw quotes Hitler biographer Thomas Weber: “Henry Ford is important for having provided to Hitler confirmation, coming from the very heart of America, of an idea that had been brewing in his mind… Henry Ford thus turned into an anti-Semitic icon for Hitler.”

In his article, McGraw notes that Hitler kept a portrait of Ford on his wall, that he called Ford his “inspiration” in a 1931 interview with the Detroit News, and that he praised Ford even within the pages of Mein Kampf, where the automaker was proclaimed the “one great man” who held out against the alleged Jewish “masters” of the American trade union movement.

Hitler was not alone among the Nazis. Baldur von Schirach, the leader of the National Socialist youth group, said he became an anti-Semite after reading The International Jew. “If Henry Ford said that Jews were to blame, why, naturally we believed him,” von Schirach said at the Nuremburg trials. “You have no idea what a great influence this book had on the thinking of German youth.”

Ford ended his publication of the Dearborn Independent after he was sued for libel by Aaron Sapiro, a Jewish leader of the farm cooperative movement. But it is doubtful that Ford ever renounced his anti-Semitism. “In summer 1938, with the German Wehrmacht having marched into Austria, and despite years of deflecting charges he was an anti-Semite, Ford accepted a 75th birthday present from Hitler,” McGraw writes. “It was the Grand Cross of the Supreme Order of the German Eagle, the highest award the regime bestowed on foreigners.”

Ford’s anti-Semitism remains an inspiration to the far-right. “[T]he Internet age has given Ford’s anti-Semitic literature a powerful new life,” McGraw writes. “Today, a century after Ford purchased the Dearborn Independent and 72 years after his death, his legacy of hate is stronger than ever—it flourishes on the websites and forums of white nationalists, racists and others who hate Jews.”

Henry Ford Was Anti-Semitic. Bill McGraw Wrote About It — And Got Fired: here.