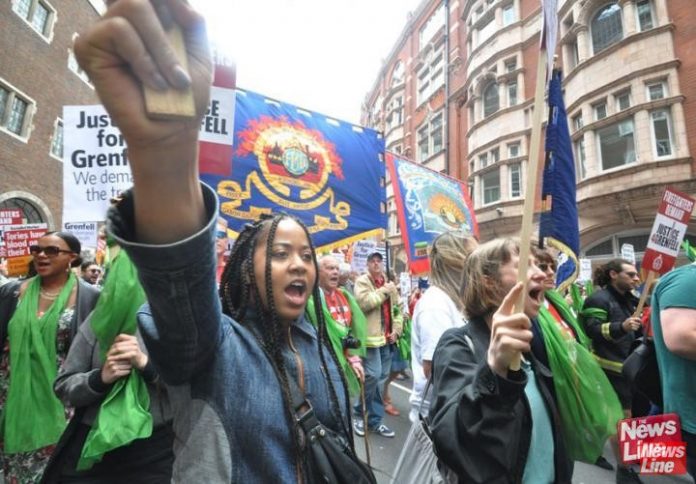 FIREFIGHTERS are at risk not only from running into burning buildings to save lives but through daily exposure to carcinogens, mutagens and reprotoxics; and their union, the FBU, is demanding greater protection as this exposure can kill.

The FBU said yesterday: ‘Several studies show that public authorities and employers are falling short on their responsibility to sufficiently protect firefighters from the risk of exposure to carcinogens, mutagens and reprotoxics (CMRs). ‘This means that firefighters are doubly at risk – not only from the nature of their profession itself but also from the consequences of it.’

The European Trade Union Institute (ETUI) estimates that 8% of all cancer cases are work-related, making up 12% of cancer cases among men and 7% among women.

Moreover, specific studies have shown that firefighters in the age category of 30-49 have significant excess risk of prostate cancer and skin melanoma.

The FBU stated: ‘Measures must ensure that exposure to CMRs is eliminated or reduced as far as possible, and that firefighters are sufficiently protected before, during and after incidents. ‘Governments must assume responsibility for firefighters and, in addition to strengthening prevention, recognise cancer among firefighters as a professional disease.’

During the fire at Grenfell Tower in west London on June 14, 2017, which tragically claimed the lives of 72 men, women and children, toxic substances were present in the smoke and contaminated the area. Professor Anna Stec, a leading toxicologist, produced a report which showed that the soil in the surrounding area had been poisoned with hydrogen cyanide.

This is produced when furniture which contains Fire Retardant (FR) burns. It is also produced when insulation burns as it did at Grenfell. Although the toxicity report was handed to the Kensington and Chelsea Council last February, it wasn’t until the story was leaked to the press that they admitted they had received it.

The Council sent around a letter to local residents living on the estate at the foot of the Tower informing them that their guttering was going to be pressure washed. Many of the tenants have refused to allow the council to do this, because if toxic material has fallen from the tower and is on the rooftops, pressure washing could spread the material into people’s gardens.