This October 2019 music video from the USA is called Leyla McCalla – ‘The Capitalist Blues’ (Lyrics Video).

By Matthew Brennan in the USA:

Musician-songwriter Leyla McCalla’s newest album Capitalist Blues, released January 25, is an intriguing effort. In the course of 11 songs she works through situations, sentiments and moods that are hovering in the air today, but often disconnected from their broader context in popular music. To her credit, the singer-songwriter tries to make this connection, with some success, and the album is the better for it.

Trained as a classical cellist, McCalla’s eventual decision to pursue folk-based music and song-writing led her to the rich New Orleans music environment where she has been a fixture for much of the past decade. Already relatively well-established through her contributions to the folk-music collective Carolina Chocolate Drops (led by the talented Rhiannon Giddens and Don Flemons), her solo efforts to date have demonstrated a good deal of talent and thoughtfulness, as well as a consistent interest in historical themes and music history.

Her first two self-produced albums—Vari-Colored Songs: A Tribute to Langston Hughes and A Day For The Hunter, A Day For The Prey—were more stripped-down explorations of historical periods and figures (such as the poet Hughes), as well as life in regions like the American south.

She has paid particular attention to the Haitian-American diaspora. McCalla is the grand-daughter of Ben Dupuy, who was the longtime editor of the … left-nationalist publication, Haïti Progrès, and ambassador at large under the shortlived first government of Jean-Bertrand Aristide (overthrown by a military coup) in 1991.

McCalla has repeatedly pursued the deeply intertwined and often brutal connection between the US and Haiti as a theme of her songwriting.

Capitalist Blues represents, particularly in musical form, a notable expansion of her previous efforts. Her notion that capitalism is the general source of the “blues” is also an unusually direct statement, as far as popular music goes. One suspects it is an indication of larger stirrings among serious artists today.

“The album is me thinking about the psychological and emotional effects of living in a capitalist society,” McCalla states in an album “teaser” video. Her efforts to convey these sentiments musically are largely rewarding.

Featuring New Orleans jazz, Cajun, Creole, American R&B, Haitian Rara, Caribbean folk and other music styles, the album is mostly a lively and engaging collection. Around a third of the songs are sung in Haitian Creole, which McCalla refers to as a “language of protest” in interviews. The language is also a consistent presence throughout much of her body of work. 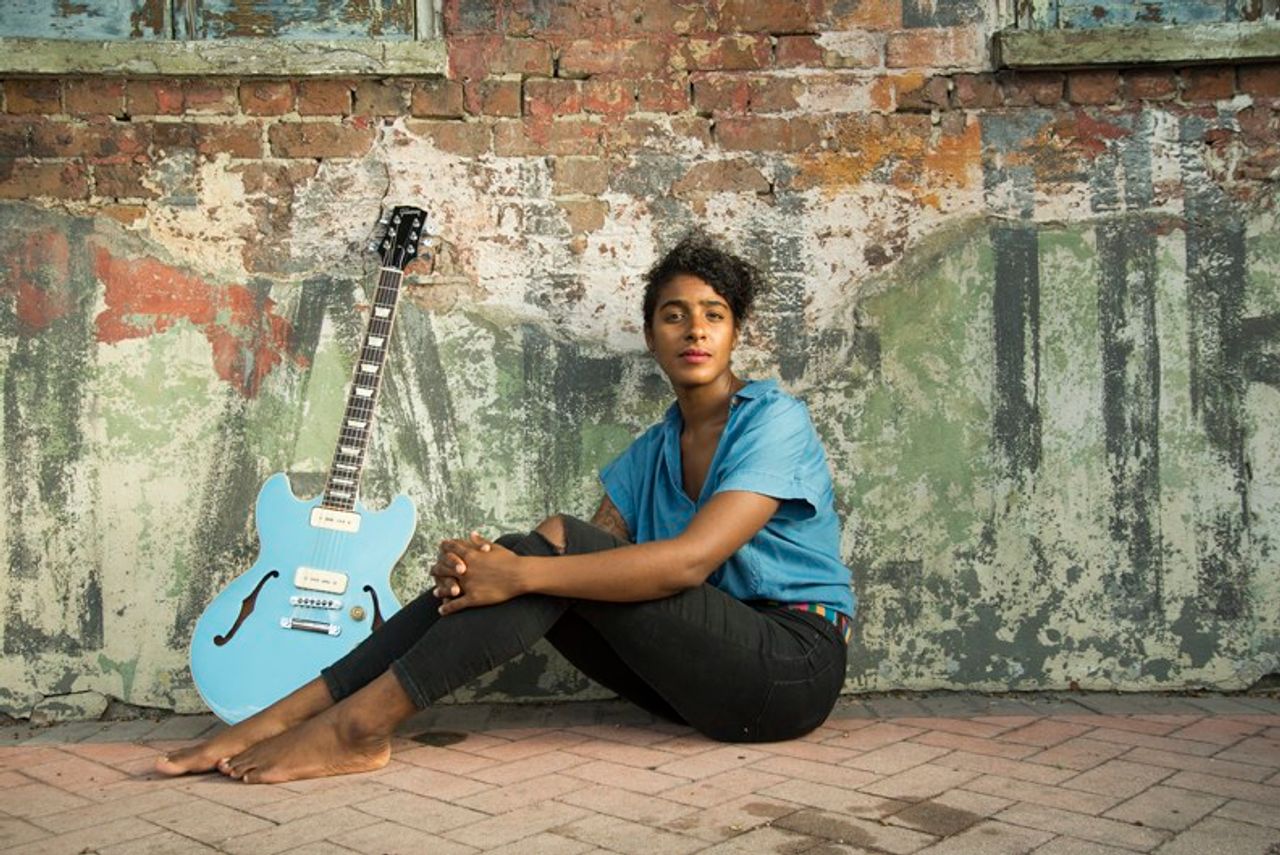 The title track, “Capitalist Blues”, is a New Orleans traditional jazz song, slow and deliberate but with a punchy horn-driven undercurrent. It sets the tone for the album. “You keep telling me to go a little higher/Try to take a different view/But you can see, I’m not inspired/I’ve got the Capitalist Blues/And if I give everything/I won’t have much more to lose,” she sings.

Multiple songs are movingly constructed to either skewer or lament the difficulties facing wide layers of the population. Some of the songs are built around contrasts—for instance, sunny or energetic songs belied by dark sentiments or conditions, such as the title song.

Or, to take another example, “Money Is King,” a cover song originally written by Trinidadian folk musician Neville Mercano (also known as Growling Tiger), McCalla sings of the revolting hypocrisy where being rich removes all limits to social needs, and the poor are often attacked and treated “worse than dogs” for making the slightest demands. The calypso-based song, with rhythmic jazz elements, encourages a defiant stance, daring one to move and dance in response to the absurdity of it all.

Other songs are quite intentionally somber and angry. The R&B dirge “Heavy As Lead” is a song about economic instability and the general anxiety many live with on a day to day basis (“This old house might swallow us whole/Begins with our family/And soon it comes for our soul”).

McCalla states in the album’s liner notes that the song’s title is a direct reference to lead poisoning, spurred on after discovering her own daughter had tested positive for elevated blood-lead levels. “I sing these words thinking of all the families from New Orleans, LA to Flint, Michigan grappling with a system that takes no responsibility for solving this environmental health crisis.”

Other songs express similar somber, and yet quietly defiant sentiments, such as the steel-guitar driven, paradoxically breezy “Mize Pa Dous” (‘Poverty Isn’t Sweet’), the propulsive and yet somber Haitian folk chant of “Lavi Vye Neg” (roughly ‘Old Man’s Life’), and the banjo-based ballad about perseverance in the face of bleakness, “Ain’t No Use.”

She also connects the general atmosphere to the ravages of war, on the discordant “Aleppo” and the Portuguese cover song “Penha” (Peace). The former song, written after watching Facebook videos of Syrians describing life in a war zone, is, to her credit, mainly a denunciation of all wars, and not a concession to US “humanitarian” wars of imperialism. (“Bombs are falling in the name of peace…So much violence in the name of love…Who knows? Where will we go?”). Abrasive and sonically jarring guitar-chords carry the song out to its dark ending.

McCalla also makes sure to capture something about love and companionship in hard times as well. Some of the best musical songs on the album are up-tempo love songs, such as the piano boogie “Me And My Baby” and the Cajun zydeco rocker “Oh My Love.” The former, for instance, celebrates the joy of losing all pretense and anxiety because of how excited someone makes the singer feel.

But the album’s final song “Settle Down,” which is a collaboration with the intriguing Haitian musical collective Lakou Mizik, captures something of the overall strength of the album: that while focusing on the problems, McCalla doesn’t wallow in them as seemingly insurmountable. Written in response to anti-protest laws passed in New Orleans, the song, with a heavy influence of Afro-Caribbean folk musical instrumentation, is a propulsive chant to do the opposite of “settling down.”

All told, Capitalist Blues is effective as a kind of “protest” album largely because McCalla doesn’t try to convey this sentiment in mechanical fashion, or simply speak about capitalism in the manner one would write an essay. Rather she tries, with a good deal of success, to demonstrate what capitalism is through the lives and sentiments of people living under it—anxious, confusing, complex in its contradictions, oppressive and often desperate. It is a largely humane album.

Not everything is worked out of course. There is an abstract quality to some of the song-writing that perhaps takes the edge off some of the overall critique. And, while McCalla and her players are clearly talented and confident musicians, at times it feels like she is still trying to find her musical voice, which can fall behind the playing at times. And taken as whole, the album has the feel of an artist just beginning to really grapple with large “systemic” questions. She is giving the source of the “blues” a name—capitalism, but she has not yet worked through its development, nor the historic alternative to it.

Nonetheless, it is much to McCalla’s credit that she doesn’t take a narrow approach to such difficult matters. This is the attempt of an artist working through the current situation with her eyes open, so to speak. The album is a welcome sign, and it will be interesting to see where she takes it from here.