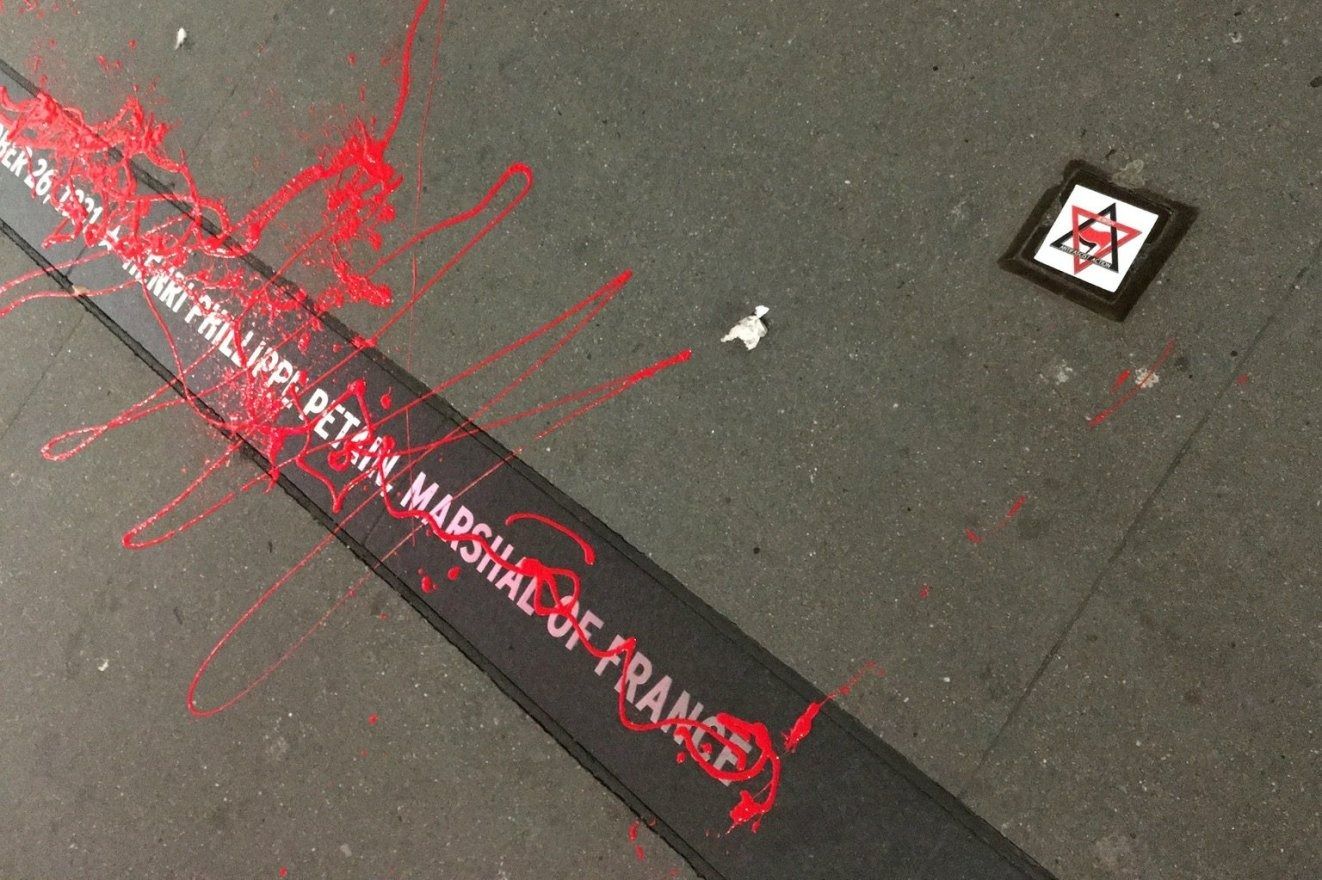 By Aiden Pink in the USA:

Members of a Jewish antifa group defaced a plaque on Monday in New York honoring a French leader who collaborated with the Nazis during World War II.

The plaque in the Canyon of Heroes in Lower Manhattan honored Philippe Pétain, a French general in World War I who later led the Vichy regime, which oversaw the deportation of more than 75,000 Jews to concentration camps, the vast majority of whom were killed.

The plaque commemorating Pétain’s 1931 parade in the “Canyon of Heroes” was splattered with red paint on Monday, the day after International Holocaust Remembrance Day, by the group Jewish Antifascist Action. They also covered the surrounding area with other antifa-related graffiti.

“With Monday’s actions, Jewish antifascists and allied forces have served notice that fascist apologism will not be tolerated in our city in 2019; that anti-Semitic ideology and violence will be confronted with Jewish solidarity and strength; and that the Holocaust will be remembered not only with sadness and grief but also with righteous anger and action: ‘We will never forget. We will never forgive’”,the group said in a statement.

The group added that its action was done in solidarity with the Outlive Them Network, an international antifascist group that has called for global actions over the next few months. The network previously inspired actions in 18 across seven countries last November on the anniversary of Kristallnacht.

Former New York state assemblyman Dov Hikind pushed for the plaque honoring Pétain to be removed in 2017. Mayor Bill de Blasio announced later that year that the plaque would be removed, but the removal has not yet occurred.