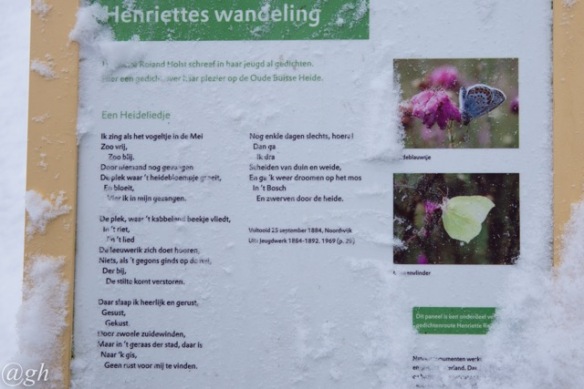 In my earlier blog post on walking in Oude Buisse Heide nature reserve, the last photo about the poetry path there showed a sign covered with snow. Which poem by Henriette Roland Holst was underneath the snow? After wiping, it turned out it was this poem.

Its title is Een heideliedje, a heathland song.

Ms Roland Holst wrote it in 1884, when she was only fifteen years old. It is about her joy at the Oude Buisse Heide, hearing skylark and bees sound.

On the right of the sign, photos of a blue butterfly and a brimstone butterfly, which one can see at this heathland (not now in winter).

We continued along the path. 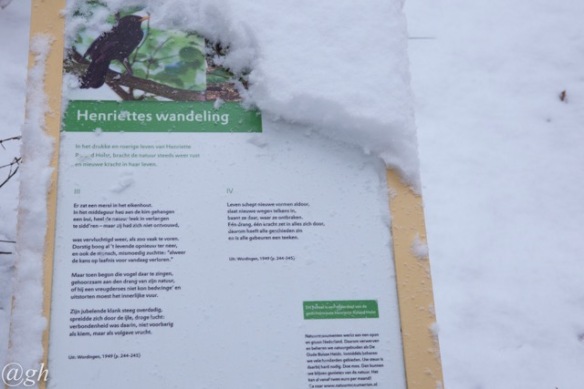 The next poem was from 1949, when Henriette was much older, eighty years. It is about a blackbird: as soon as it begins to sing, the poetess’ sad mood is gone. 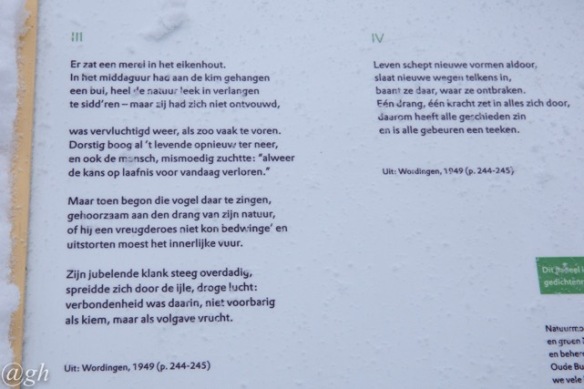 Our next stop was at a lookout point. 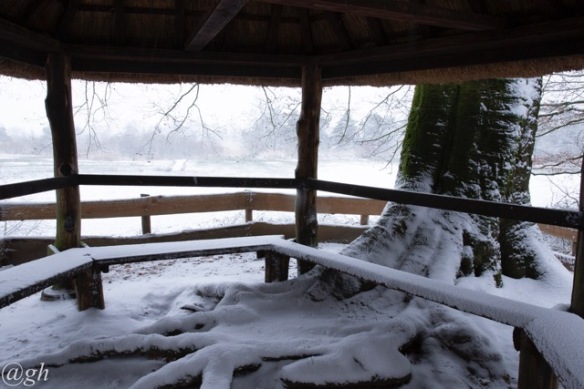 It had a fine view of the heathland. And a sign, with part of a 2003 poem on the heathland by Ms Roland Holst.

It says, in my, not so poetic, translation:

Small paths zigzag across the heathland
and arrive at the poor people’s huts:
they are the only ones which have compassion
with the loneliness of humans suffering here.
On the heath, the emaciated sheep graze,
while bleating, they are in search of a new area
of tastier plants and watery brook
dogs and shepherds are tired and sleep …

The complete poem is here. 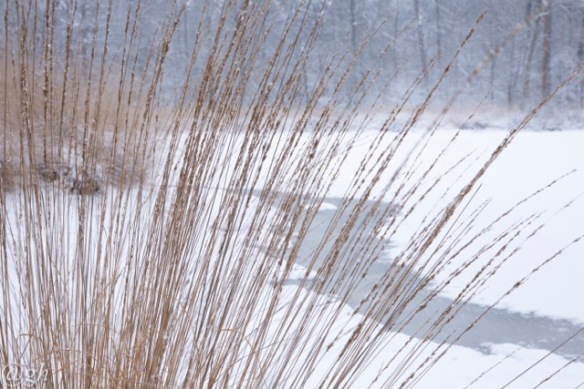 We continued. Again, a frozen lake. The wind had blown some snow off the ice. 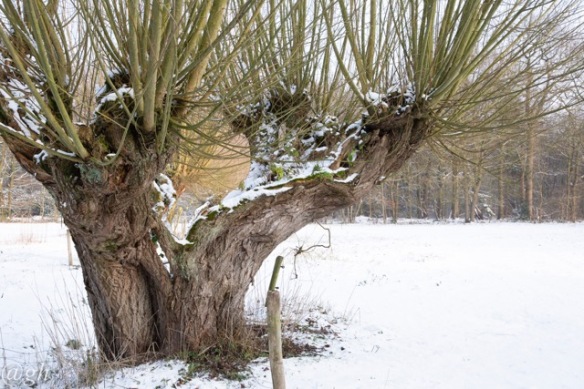 Finally, we arrived back where we had started. Not far from there, this old willow tree.

Stay tuned; as after 22 January came 23 January at the Oude Buisse Heide!