Today, we walked, as snow was falling and eventually covering everything, along the poetry footpath. It has signs with poems by Henriette Roland Holst besides it. 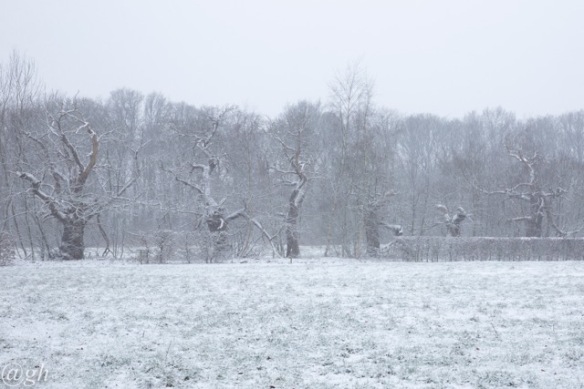 Close to the beginning, these old trees.

At first, we missed Henriette’s poetry footpath (which she walked herself day after day when she was alive).

We arrived at this frozen lake. 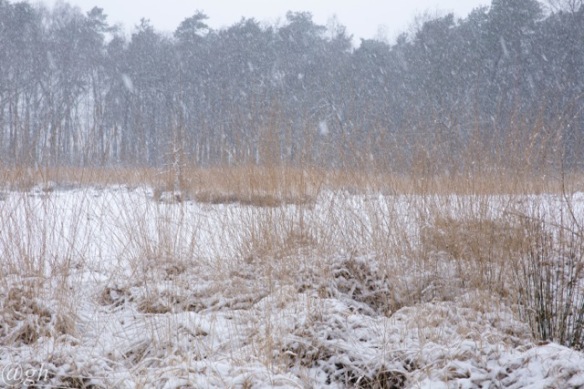 It kept snowing, as this photo shows.

We continued, and arrived at the border between woodland and heathland. However, the path stopped. We had to go back.

At the crossroads, we found Henriette’s poetry path which we should have taken before. 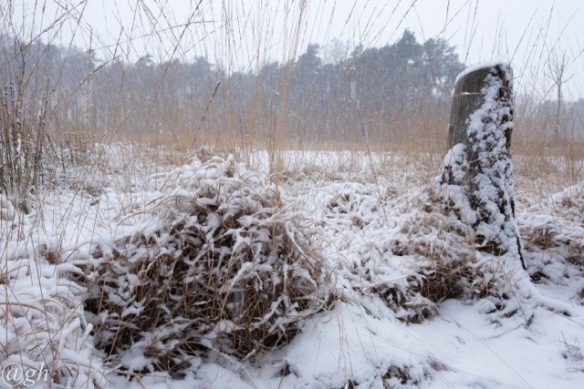 We arrived at another frozen lake. No little grebes here now, like sometimes in summer.

We arrived at this sign. After wiping off most of the snow, this poem by Henriette Roland Holst became visible.

It is the poem De Vrouw in het Woud, the woman in the woodland. It describes how in woodland, there are dark, somber parts, but also beautiful lighter parts. This poem is from the 1917, third, edition of her poetry book of the same name. That book was originally from 1911, when she was sad after a conflict with the social democrat party leadership, which had failed to support a transport workers’ strike. The beauty of nature may help the poetess overcome the sadness. 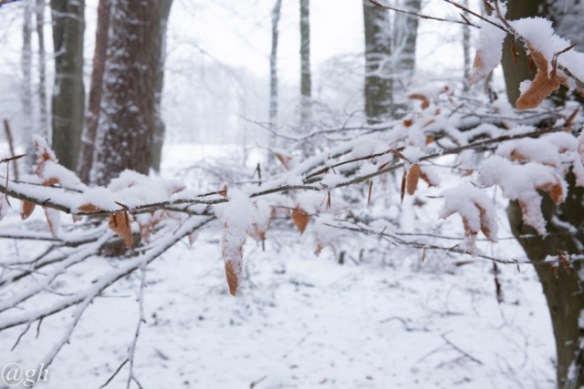 There were still a few leaves left in the woodland, even though autumn was over. 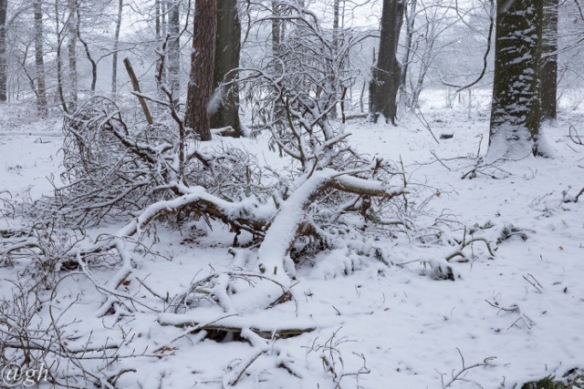 There probably had been autumn storms, as there were branches on the forest floor.

We arrived at another poem by Ms Roland Holst. She wrote it in 1945, when she thought she might die soon. The poem describes the beauty of summer. Which, however, will not last long, ‘and, like with summer, it will happen with me’.

Stay tuned, as there will be more about poetry, snow and wildlife at Oude Buisse Heide on this blog!

1 thought on “Poetry, snow and nature at Oude Buisse Heide”