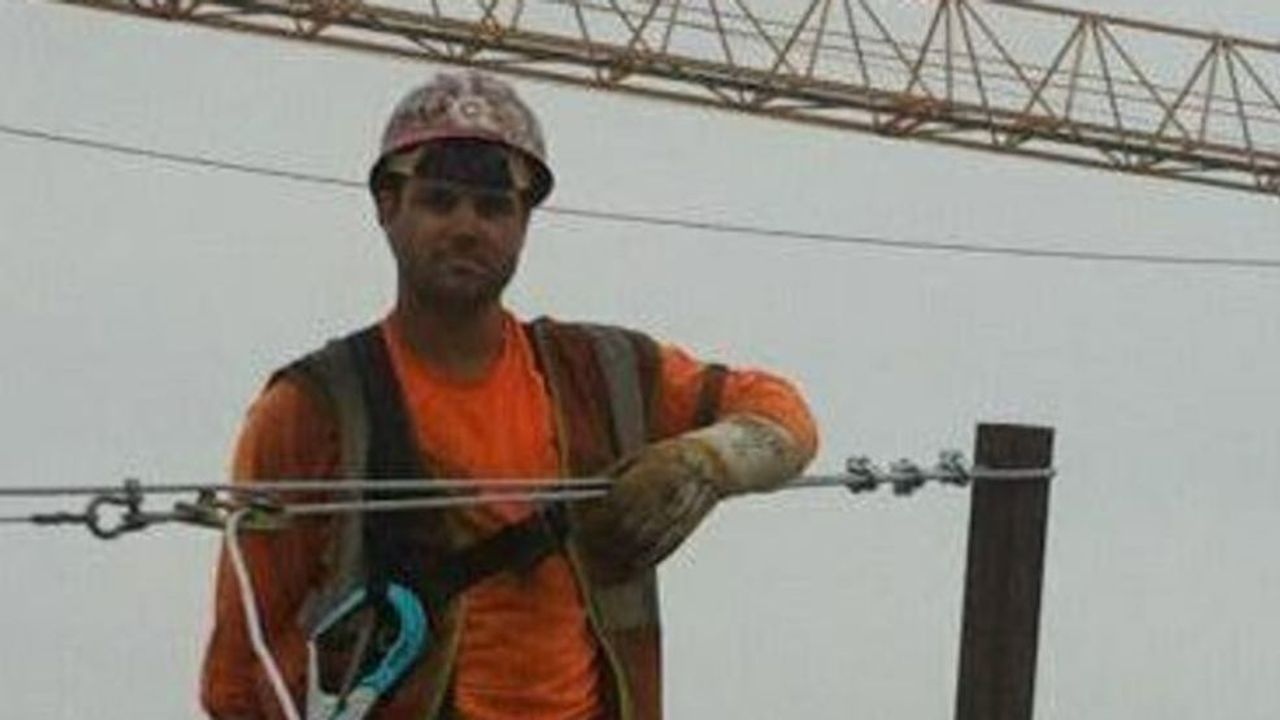 By Tom Carter in the USA:

Ironworker Brien Daunt was killed Saturday at the construction site of a new Amazon fulfillment center near Bakersfield, California. According to local news reports, the 45-year-old father leaves behind one daughter.

The information available regarding the circumstances of Daunt’s death is limited. It was reported that he fell from a structure just before 3:00 in the afternoon. He was a member of Ironworkers Local 433. The Division of Occupational Safety and Health has opened an investigation, which could take up to six months.

The state agency’s press release stated that it “has opened an inspection to determine the cause of the incident and correct workplace safety hazards.” Amazon has not made any official statement, and the incident has not been reported outside of local news.

According to Bakersfield Now, Amazon has been “gobbling up Bakersfield real estate.” The fulfillment center under construction, when completed, will be a total of 2 million square feet and is expected to employ as many as 1,500 workers.

Bakersfield, located in the flat central valley north of Los Angeles, is an impoverished city of 380,000 with a local economy dominated by agriculture, livestock, and oil fields.

The Bakersfield Police Department enjoys the distinction of having the highest rate of police killings per capita of the country’s 60 largest police departments. A 2017 report by the American Civil Liberties Union found “a disturbing pattern of shootings, beatings and canine attacks by police and sheriff’s deputies, beyond what was called for in numerous law enforcement situations, especially when dealing with unarmed individuals.”

Amazon scours the world for vulnerable communities like Bakersfield, where it believes it can maximize the exploitation of the local workforce. In return for “creating” jobs in an economically devastated area, Amazon frequently demands immunity from regulations, free money in the form of tax exemptions, and other giveaways from local governments.

The jobs in Amazon’s fulfillment centers are notorious for their low wages and tyrannical working conditions. Workers are forbidden from talking, mobile phones are prohibited, and every second of a worker’s time is monitored to increase productivity.

Amazon was featured last year in an annual report by the National Council for Occupational Health and Safety (COSH): “The Dirty Dozen 2018: Employers Who Put Workers and Communities at Risk”. At the time of that report, seven workers had been killed at Amazon warehouses in the US since 2013, including three workers in a five-week span during the high-volume holiday “peak season” in the fall of 2017.

In September of last year, Amazon worker Mike Gellasch, 61, died of cardiac arrest at a fulfillment center in Murfreesboro, Tennessee. His death was the subject of an investigation by the local WSMV News-4 station, which revealed that company radios were not working, five minutes passed before emergency responders were called, and the 911 operator was inexplicably put on hold. A Murfreesboro worker interviewed by the International Amazon Workers Voice after the incident questioned the company’s refusal to allow workers to carry mobile phones.

Two more Amazon workers were killed in November when a wall collapsed in Baltimore during a storm.

More than 5,000 deaths occur annually in the workplace in the US, in addition to 95,000 workers who die every year from various forms of workplace poisoning: cancers, respiratory and circulatory diseases and other illnesses associated with toxic working environments. Millions more are injured, maimed, or disabled at the workplace.

Referring to the most recent statistics on deaths due to “acute workplace trauma”, the COSH report states that “almost all these deaths were preventable. Thousands of workers would still be alive and with their families today if their employers had followed well-established safety protocols to reduce the risk of injury, illness and death.”

A newborn baby was found dead at an Amazon distribution center in Phoenix.