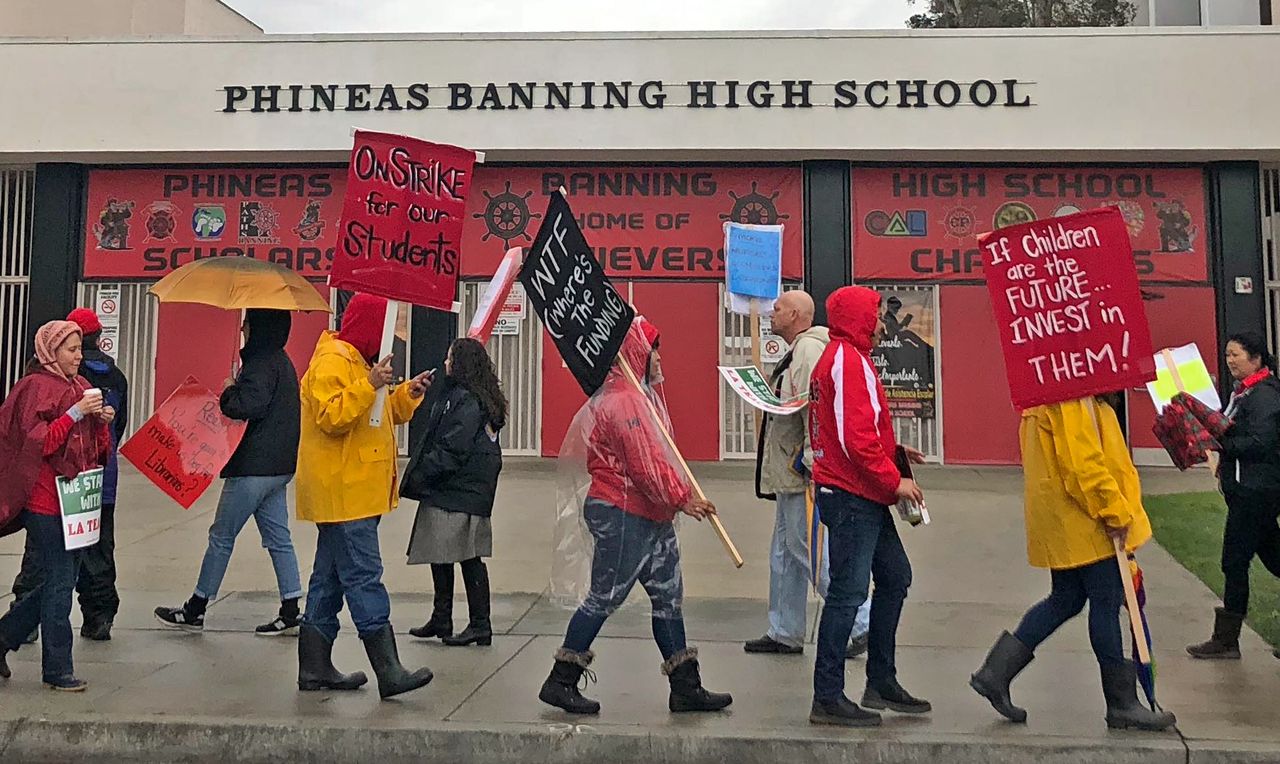 Los Angeles teachers speak out on political issues in strike

More than 33,000 Los Angeles teachers continued their strike for a second day, Tuesday. In spite of rain, tens of thousands arrived for a mass demonstration in downtown at the headquarters of the California Charter Schools Association. …

World Socialist Web Site reporters went to picket lines during the second day of the strike.

Alison is a senior at Phineas Banning High School. She denounced LAUSD and the state of California for being unable to serve students’ basic needs. “It’s ridiculous,” she said, “that we have to learn and be taught in this way. Our teachers come and work all day to teach us, are paid 6 hours for 8 plus hours of work, and still struggle to meet ends.” 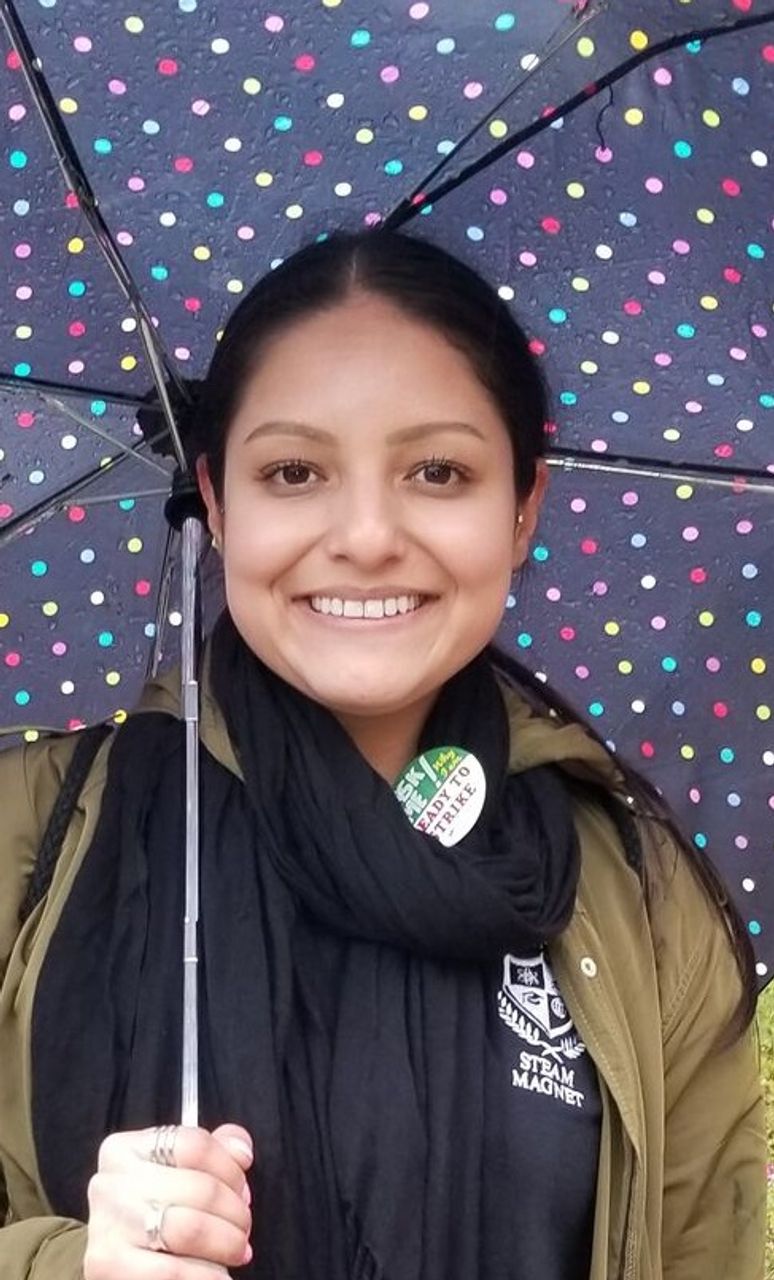 Maria, a journalism teacher at Wilmington Middle School, responded to the call for a nationwide strike: “Yes, absolutely! We need to send a message that we know that we deserve better. We’re here to teach kids and we can’t do that in these huge classes, one with 30, the other with over 40 kids. We want to know how the money in reserve [$2 billion] is being used.”

Pedro, a teacher at Wilmington Middle School noted why he was on strike. “This strike is for the students,” he said. “We’re out here for students’ success. Smaller class sizes and more teachers are key. It’s much harder to reach 50 kids individually instead of 20.” 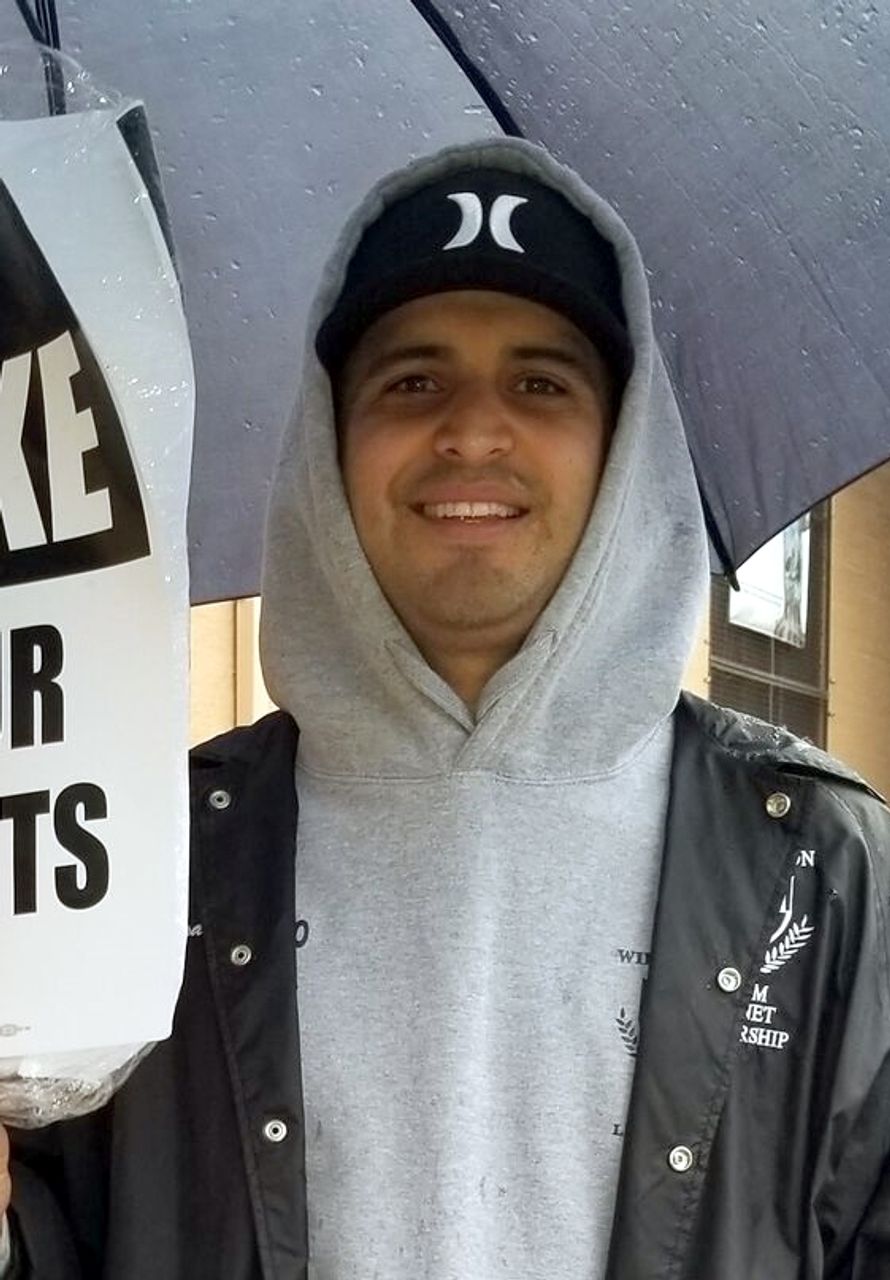 “One nurse for 1,600 students is not enough. We need more nurses, more librarians, more teachers. We’re fighting for the students. They [the LAUSD school board] keep saying there aren’t enough resources, but they’re just being greedy. There’s a massive surplus that they’re not using.”

Nancy Rubalcaba is a Special Education teacher at Gridley Elementary in the Los Angeles suburb of Sylmar. She has been at Gridley for eleven years. “In our case the LAUSD has increased class size on everything and they have taken away adult support workers from our classes.”

“You may say that I have been dealing with Special Education since I was 15 years old, taking care of my disabled sister. I have made it my career. I am responsible for children with moderate to severe disabilities, children who sometimes become violent and distressed.

“In this strike we are fighting for every student, not just the smart ones. Charter schools say that they admit their [legally required share of] 20 percent of students with special needs. Supposedly they use a lottery system to determine what students they admit. In practice, they have come up with ways of picking their students and avoiding IEP [Individualized Education Plan] students.” 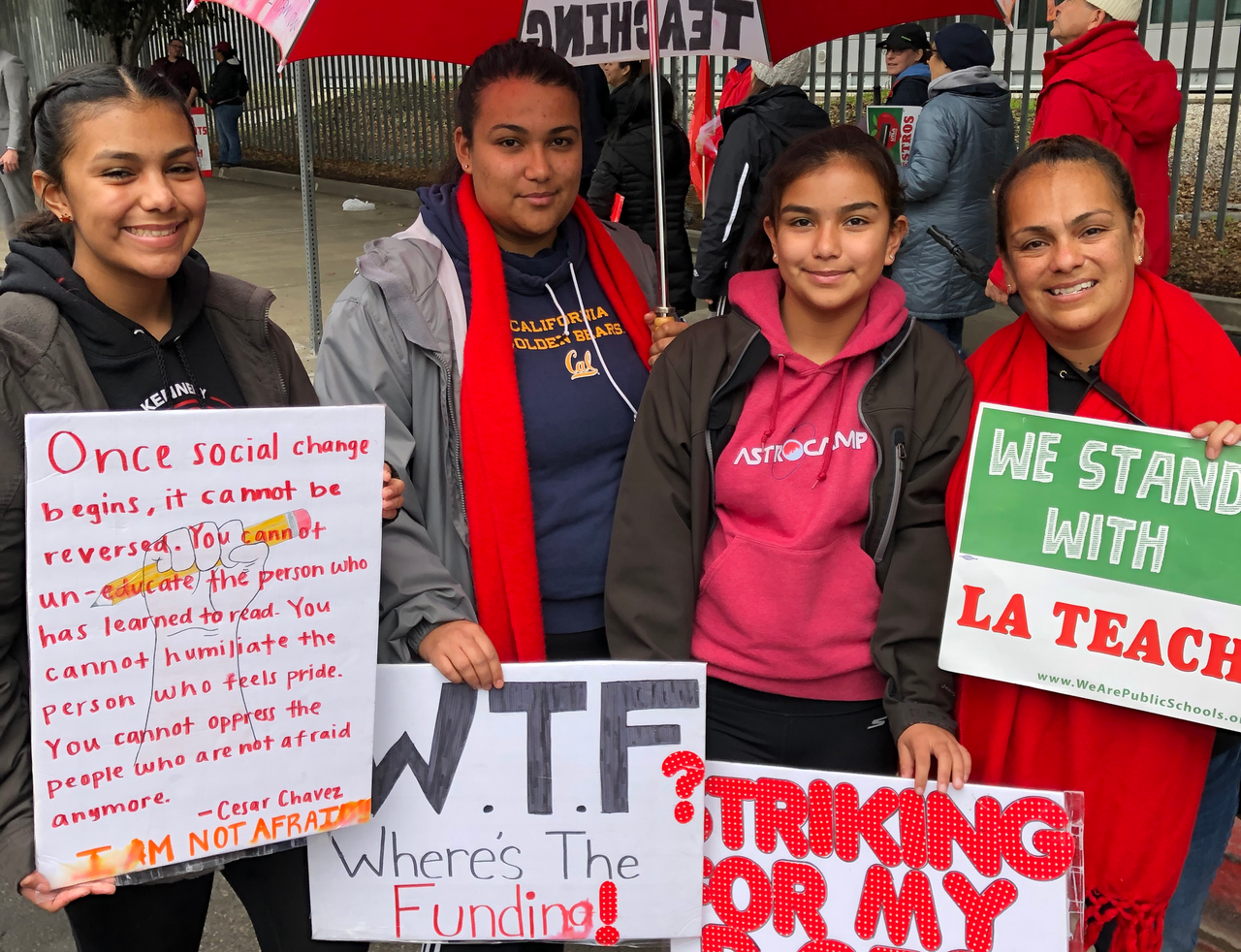 Esmeralda Rubalcava is a tenth grader at John F. Kennedy High School. She spoke of the attempts by district officials to prevent students from expressing solidarity with their teachers.

“One of our seniors in charge for making announcements on the public address system was fired for saying that she supported the teachers. I am an Advanced Placement (AP) student in the medical magnet program at my high school. There are too many students in the classrooms. When there are so many students, it is hard to get individual help from the teachers.

“The administration acts like police. We are prevented from using our lockers because some students supposedly use them for bad things. The administration shuts down restrooms except during break times, because they are worried that students are doing bad things. At times in which we have been injured because of sports (I play soccer and volleyball) we don’t bother going to the nurse’s office because most of the time there will be no nurse there.”

Crystal Ruvalcaba recently graduated from UC Berkeley with a double Biology major (molecular cell and integrative biology), and a minor in Global Poverty.

“In 2010, I was a freshman in Granada High School, when a charter began taking it over, program by program. Eventually the charter gobbled-up the entire school. Personally, I felt like a number. Two years later I moved to a public high school. Charters want high test-scores. Students that get high grades, like me, did not even have to go through a lottery process to be part of the charter. In the case of students that did not test well or got low grades, the school would find ways of moving them out into public schools.”

“I’m here because I want smaller class sizes. I believe in the future of public education. I want to make sure that my students have better opportunities than what our education can offer right now.” 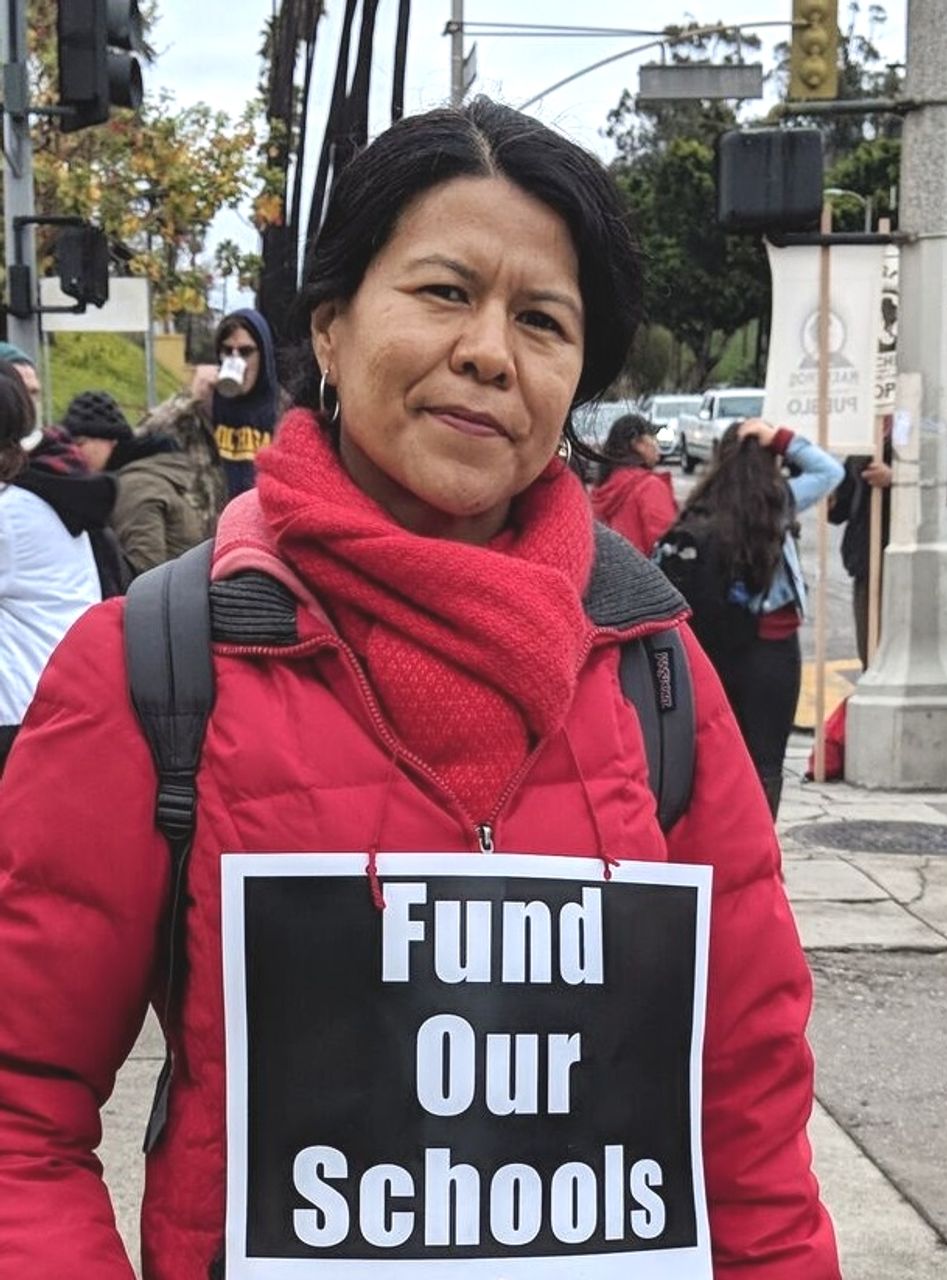 It’s like we’re glorified babysitters. It’s really hard to teach when I have 40 students. I worked at a charter school—the NEW Academy Canoga Park—before, and it was not a good experience. When I was there, they were embezzling money from the students. I was working in the office then and I couldn’t stay at a place like that in good conscience. We shouldn’t be giving them [charter schools] that money.

“Beutner isn’t a teacher, he doesn’t know what it’s like to handle 42 students, to run school gardens, to run a farmers’ market. It’s not right that he makes $350,000 when I have to have a small business on the sides to make ends meet.”

Mark Wilkins has been a special ed teacher at Lincoln High School for more than 34 years.

“They keep saying, ‘There’s no money, there’s no money.’ That’s a lie, and their priorities are all screwed up. Beutner wants to break the district up into 32 mini-districts. Do you know how much that is going to cost? In my opinion, that’s why they’re holding onto the $2 billion reserve. By breaking the district up it’ll make schools easier to charterize. And I bet then that money will come pouring in!” 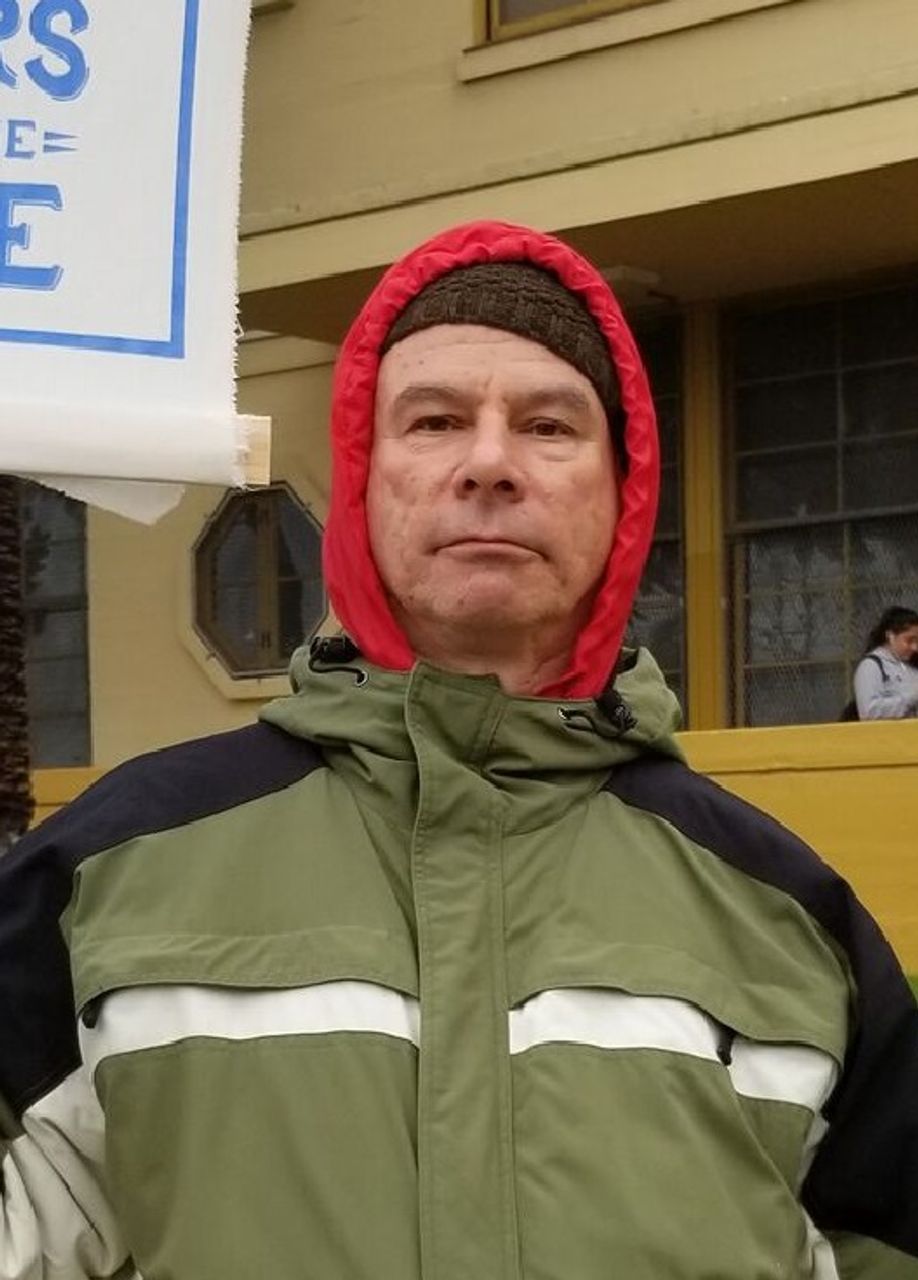 When asked about teachers strikes last year, and the more recent wildcat in Oakland, Mark responded, “I think they’re all good, because we’re all fighting for the same thing. It’s interesting that we live in a society where teachers are required to have such high educations themselves—I have a PhD myself—and we get paid as much as people with no college education at all.”

A World Socialist Web Site reporter also asked Mark about comments recently made by American Federation of Teachers President Randi Weingarten that what’s happening in Los Angeles is not part of a strike wave but was only particular to the teachers and students in the city.

“We’re fighting for our students. But I think the wave of strikes that have been happening around the country are happening because teachers for years have been underpaid, uncared for, class sizes are high everywhere… If you look at teaching colleges across the country, they’re at about 25 percent capacity. Why? It’s because no one wants to go into teaching. And that’s true everywhere.”

Edgar Espinoza is a special education teacher at Banning High School and spoke about the question of strike pay and why the UTLA is not paying any to its members.

“I’ve been paying union dues for almost 20 years,” Edgar said. “I didn’t know we weren’t getting strike pay. Being on strike for any period of time is going to take a toll on us. Why isn’t the union giving this to us?” 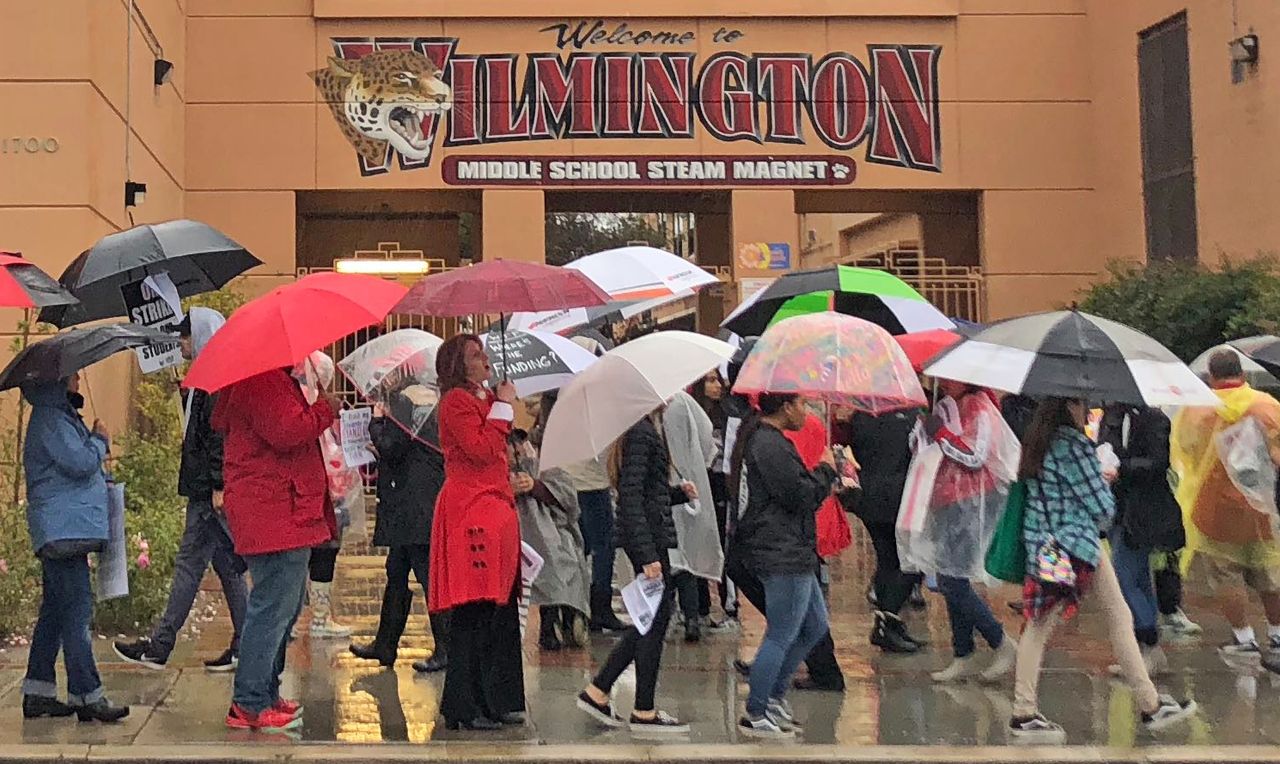 Lois Caporale, an English and special ed advisor at Banning High, overheard Edgar and said, “Strike pay? That’s a good question. Why aren’t we getting it? I’ve been paying union dues for almost 20 years myself. Where’s all that money?”

Lois also spoke about the question of funding public education and the claims by state and national governments that there wasn’t enough money.

“But I agree with you. We have the most billionaires in our state. So, there’s plenty of money.”