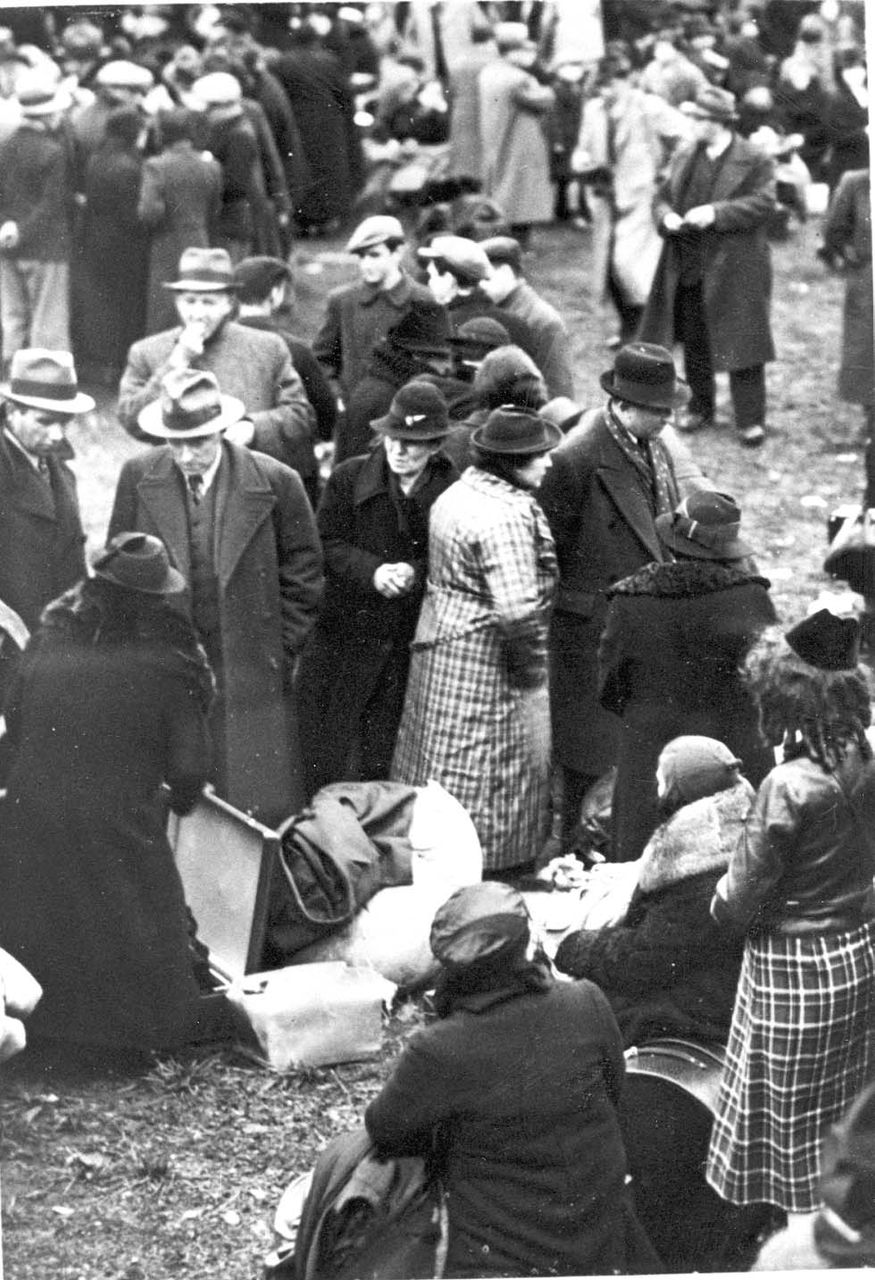 By Clara Weiss in Germany:

“Life is forbidden to us … do you want to comply with that?”: The rediscovery of Ulrich Alexander Boschwitz’s The Traveler in Germany

Der Reisende, by Ulrich Alexander Boschwitz, edited by Peter Grad. Klett-Cotta 2018. 303 pages. All translations from the German are by the reviewer.

In early 2018, the German publisher Klett-Cotta released, for the first time in the original German, The Traveler (Der Reisende), by the writer Ulrich Alexander Boschwitz (1915-1942), who was driven into exile by the Hitler regime.

The novel was written over the course of a few weeks in November 1938. It is a remarkable literary work treating the situation in Nazi Germany in the wake of the so-called Kristallnacht (The Night of the Broken Glass), the murderous anti-Semitic pogrom of November 9-10, 1938. The book resonates powerfully today amid a global refugee crisis and resurgence of far-right forces.

The protagonist of The Traveler is Otto Silbermann, a German-Jewish businessman who fought in World War I. Like an entire layer of German Jews who had been thoroughly assimilated culturally and formed part of the country’s middle or upper class, Silbermann identifies entirely as a German. His existence is shattered by Kristallnacht.

The two-week period October 27 to November 9-10 marked a watershed in the escalation of Nazi anti-Jewish policies. On October 27-29, the Nazis undertook the first mass deportation of Jews from Germany. Some 17,000 Jews with Polish citizenship were rounded up by the authorities and sent to Poland where the right-wing Sanacja (Sanation, or act of healing) regime denied them entry. Thousands remained stranded in the border town of Zbąszyń until the late summer of 1939.

The parents of Herschel Grynszpan were among the deported. Driven to despair, Grynszpan shot and killed [a German diplomat] in Paris. The assassination served the Nazis as pretext for a long-planned, state-organized pogrom in the German Reich, which by now also encompassed recently annexed Austria. About 1,500 people were murdered on Kristallnacht, countless businesses and apartments smashed up, 1,400 synagogues destroyed and some 30,000 Jewish men incarcerated in concentration camps. 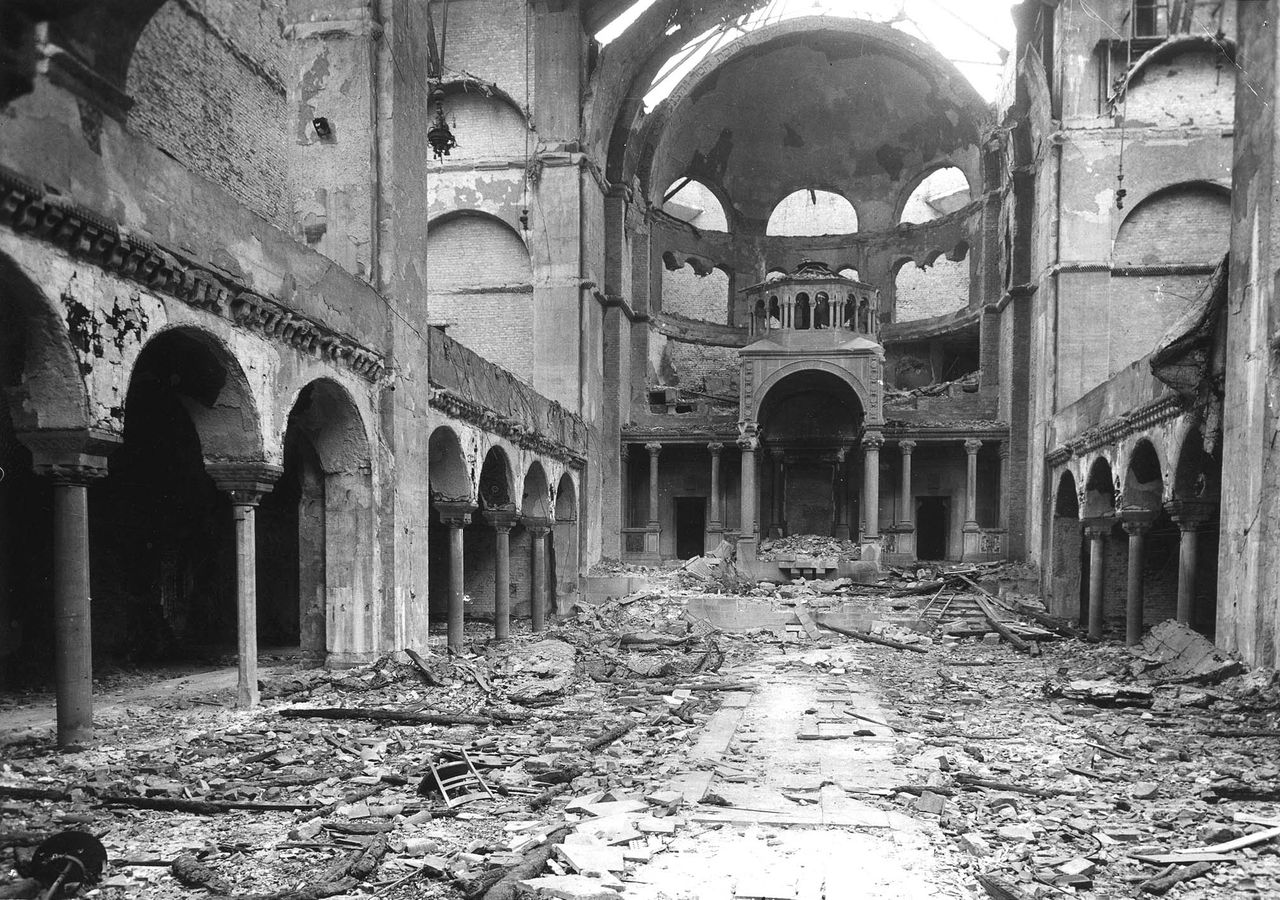 Both the deportation, known as the “Polenaktion” (Polish Action), and the subsequent pogrom were widely reported in the international press. Bourgeois governments across Europe and internationally responded by drastically tightening their immigration policies, largely blocking entry to political refugees and Jews fleeing Germany. Hundreds of thousands of Jews thus remained trapped in Nazi Germany.

Otto Silbermann, the protagonist in The Traveler, is one of them. Following Kristallnacht, he is forced to leave his business behind. He hands over the bulk of his shares to his former partner, a member of the Nazi party, whom he had hitherto considered a friend and who now shamelessly uses the opportunity to cheat Silbermann out of the business he had built. His apartment is destroyed during the pogrom and his wife, who is not Jewish, goes to stay with her brother who refuses to take in Silbermann for fear of being “compromised.” Most of his friends and relatives are in concentration camps. His son, Eduard, studies in Paris and tries to get visas for his parents, but to no avail. 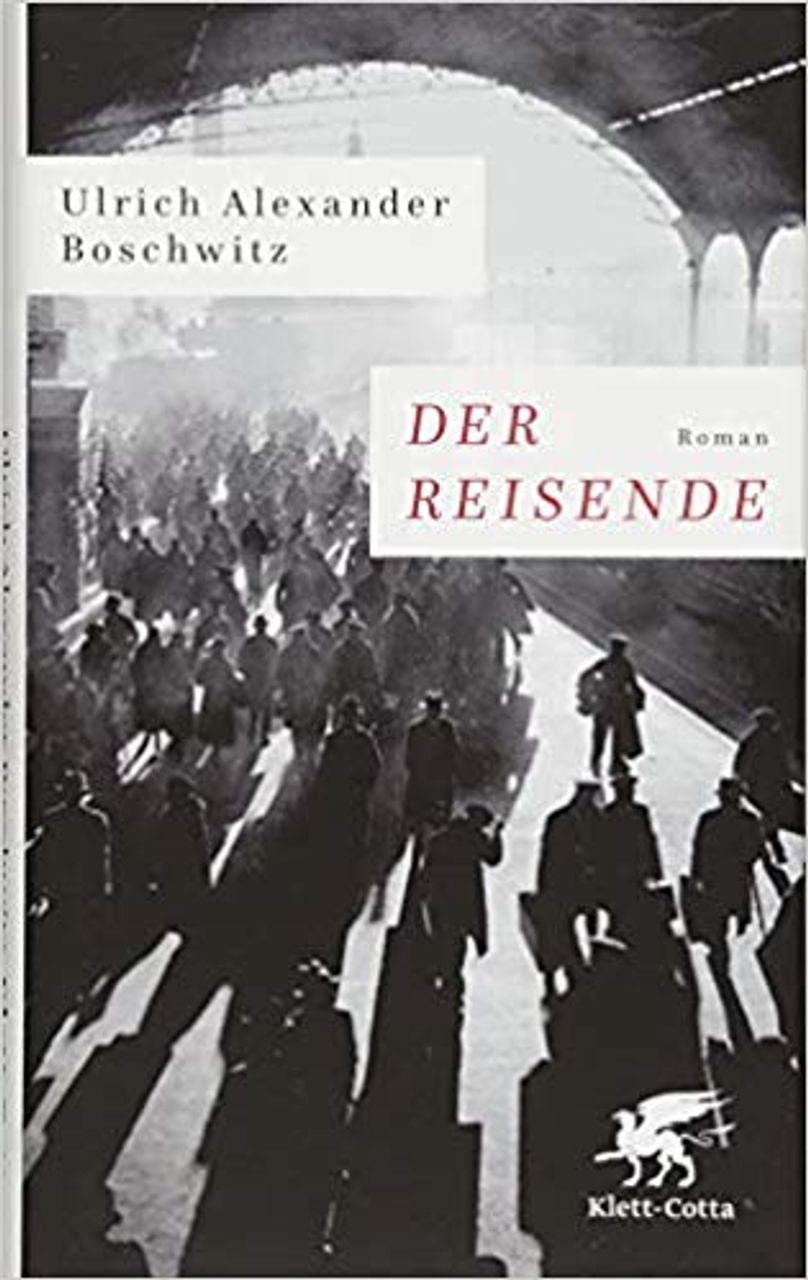 Silbermann reflects: “It is strange…Ten minutes ago my house, a part of my fortune were at stake. Now my bones are at stake. How fast it goes. War has just been declared on me, on me personally. This is it. A moment ago war was really declared on me, conclusively, and now I am alone, on enemy territory.” With the remains of his fortune stuffed in a briefcase, Silbermann takes train after train across Germany, desperately trying to find a way to cross the frontier.

Silbermann has lost all his rights as a citizen and feels powerless, as the entire state machinery is being deployed in order to crush him. He is, as he puts it in one scene, “vogelfrei”, outlawed, and at the mercy of the arbitrary violence and treachery of anyone he meets. He is haunted by the fear that a fellow passenger will discover he is Jewish and betray him to the police. Finally, Silbermann attempts to cross the Belgian border, but he is captured by Belgian border guards who want to send him back. Silbermann protests:

“But I am a refugee – I am a Jew. They wanted to arrest me. They will incarcerate me in a concentration camp.”

“I am staying here! You do not have the right, you cannot do this! I am in a free country, after all!”

“You have crossed the border illegally.”

“Not everyone can come to Belgium!”

“But I have papers. I have money … It is not my fault that I had to cross the border illegally. I am being persecuted.”

“That is not Belgium’s fault. We are sorry …”

“I cannot go back. It’s impossible.”

Silbermann is sent back and again takes train after train in Germany.

Boschwitz, who was just 23 years old when he wrote the novel, describes the climate and portrays the moods in Nazi Germany with such admirable clarity, seriousness and psychological acumen that the book’s underlying anger emerges all the more forcefully.

Many scenes, especially those depicting Silbermann’s interactions with his fellow train passengers, are informed by an acute awareness of class and political tensions in Nazi Germany.

We meet a wide variety of characters—a Jewish artisan who like Silbermann is trying to escape, but is unable to finance his flight; a young woman who can’t marry because she and her fiancé don’t have enough money and can’t take out a loan—he was just released from a concentration camp; convinced Nazis and shameless opportunists who exploit the situation to enrich and advance themselves on the basis of the misery and over the bodies of the persecuted; and others who are casually indifferent to the fate of the Jews. It is a society in which the fear of denunciation and the concentration camp is omnipresent. Everyone expects a new war. The atmosphere is unrelievedly tense and cold.

The Traveler gives an inkling of what a major novel of Nazi society, a Gesellschaftsroman [social novel], might have looked like. There is no comprehensive artistic picture of German life during Nazi rule comparable to that provided by the major novels written under the Empire or the Weimar Republic. Literary documents from the period in general are understandably rare.

From the point of view of its character as literary testimony, The Traveler has been legitimately compared to the diaries of Victor Klemperer (published for the first time in the 1990s), a German-Jewish linguist who survived in Nazi Germany with the help of his non-Jewish wife and who meticulously documented his everyday experiences.

Boschwitz’s own short life tragically reflected the fate of the refugees he was describing in his novel. Born in 1915 to an affluent family, he was one of the many German Jews who felt no connection to Judaism or Jewish culture until they were branded and persecuted by the Nazi regime. He never met his father, who was German-Jewish but had converted to Catholicism and died in World War in 1916. His mother, from a prominent Protestant family in Lübeck, raised him and his sister in the latter faith. 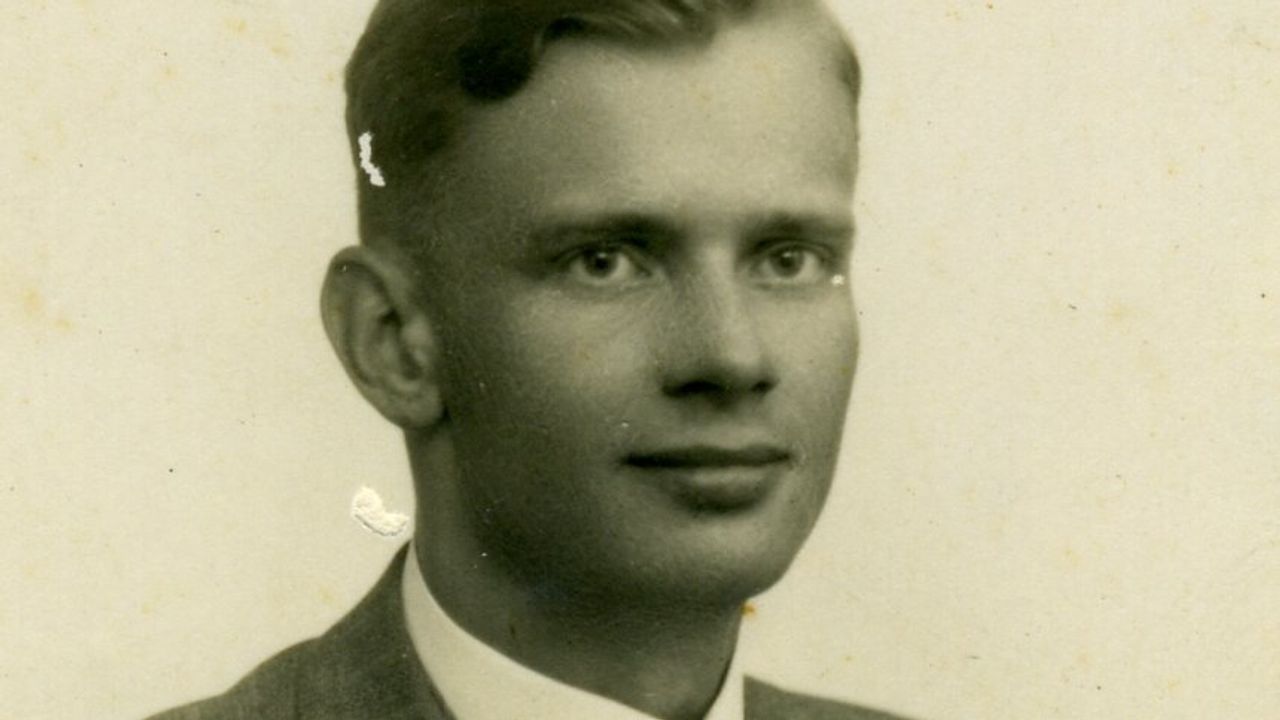 Following the Nazis’ rise to power, his sister became a Zionist and left for Palestine. Ulrich Alexander Boschwitz and his mother stayed in Germany until 1935. They first fled to Scandinavia, where the young man had his first novel Menschen neben dem Leben (People Next to Life) published in Swedish under the pen name John Grane. The success of the book made it possible for him to study two semesters at the Sorbonne in Paris.

Boschwitz wrote The Traveler, his second novel, in Brussels in only four weeks following the November 9-10 pogrom. By the beginning of the Second World War, on September 1, 1939, he and his mother had emigrated to Britain. Here they were arrested on June 9, 1940 and held at the notorious Isle of Man internment camp, as were thousands of German Jewish refugees.

While his mother remained at the camp, Boschwitz was deported within two weeks by the British government as a potential enemy agent and subjected to the notorious 57-day voyage to Australia of the HMT Dunera. The conditions on the vessel were calamitous. With some 2,500 refugees—mostly anti-Nazi Jewish refugees—on board, the ship was horribly overcrowded and the British guards robbed and abused the passengers. One of Boschwitz’s manuscripts, Das grosse Fressen (The Great Guzzling), was apparently lost to this pillaging. Boschwitz then spent some two years in Australian internment camps. He was released in 1942 along with other prisoners who declared their readiness to fight in the British army.

Along with almost 400 passengers, he embarked on the MV Abosso back to England. It was torpedoed on October 29, 1942 by a German U-boat. Ulrich Alexander Boschwitz, aged just 27, was among the 362 passengers who were killed. It is believed that a second version of The Traveler, which he considered his best work, as well as the manuscript for another novel, sank with him.

The Traveler has been published before but never in German. It was first published in English as The Man Who Took Trains in Great Britain in 1939 and as The Fugitive in the US in 1940. In the 1940s, a French-language version (Le fugitif) was also published. All the translated versions are credited to John Grane.

German publishers rejected the novel twice. In the 1950s, the renowned Fischer Verlag rejected it. In the 1960s, German novelist Heinrich Böll, then one of the most influential writers and public intellectuals in West Germany, tried to have it released by Middelhauve Verlag, but that firm too rejected it. (Raoul Hilberg’s monumental history of the Destruction of European Jewry, written in the US in the late 1940s and early 1950s, met with a similar fate at the hands of German publishers in the 1950s and 1960s).

That this extraordinary novel has been rediscovered and published in German after some eight decades is largely due to the efforts of editor and publisher Peter Graf. One of Boschwitz’s relatives living in Israel approached Graf after reading about his efforts to reissue the novel Blutsbrüder by Ernst Haffner (published as Blood Brothers in English in 2015). That novel, about two homeless youth in the Berlin of the early 1930s, became an immediate bestseller in Germany after its republication and is now considered one of the great novels of the Weimar Republic era. Graf carefully worked on the first German publication of The Traveler, based on correspondence and other documents by Boschwitz that belong to the collection at the Leo Baeck Institute in New York.

The novel has met with great success in Germany, obviously having struck a deep chord. It was reviewed by all the major newspapers, and numerous readings in German cities and towns have been organized. The German publication of Boschwitz’s first novel is planned for 2019. A new French translation of The Traveler is also being prepared. One hopes that The Traveler will be published in many other languages as well. Though written 80 years ago, it is not just a remarkable literary document about the Nazi period, but speaks immediately to the major political and historical questions of our time.