Children who were rescued 80 years ago, came to remember and put the case to the government to bring it back with more countries to help the 500,000 children across the world who are currently in need.

Remembering the Kindertransport: 80 years since 10,000 mainly Jewish children were allowed in to Britain

Until February 10, 2019 at the Jewish Museum London

The Jewish Museum London is currently commemorating the 80th anniversary of the Kindertransport (German for “children’s transport”). Its exhibition, Remembering the Kindertransport: 80 Years On, is on display until February 10, 2019.

The Kindertransport was the transport of nearly 10,000 unaccompanied, mainly Jewish and other “non-Aryan” children from Germany, Austria and Czechoslovakia to Britain between December 1938 and the September 1939 outbreak of the Second World War.

The Conservative government of Prime Minister Neville Chamberlain reluctantly allowed the children into Britain because of public revulsion at the November 9-10, 1938 anti-Jewish pogrom in Germany known as Kristallnacht (Night of the Broken Glass). 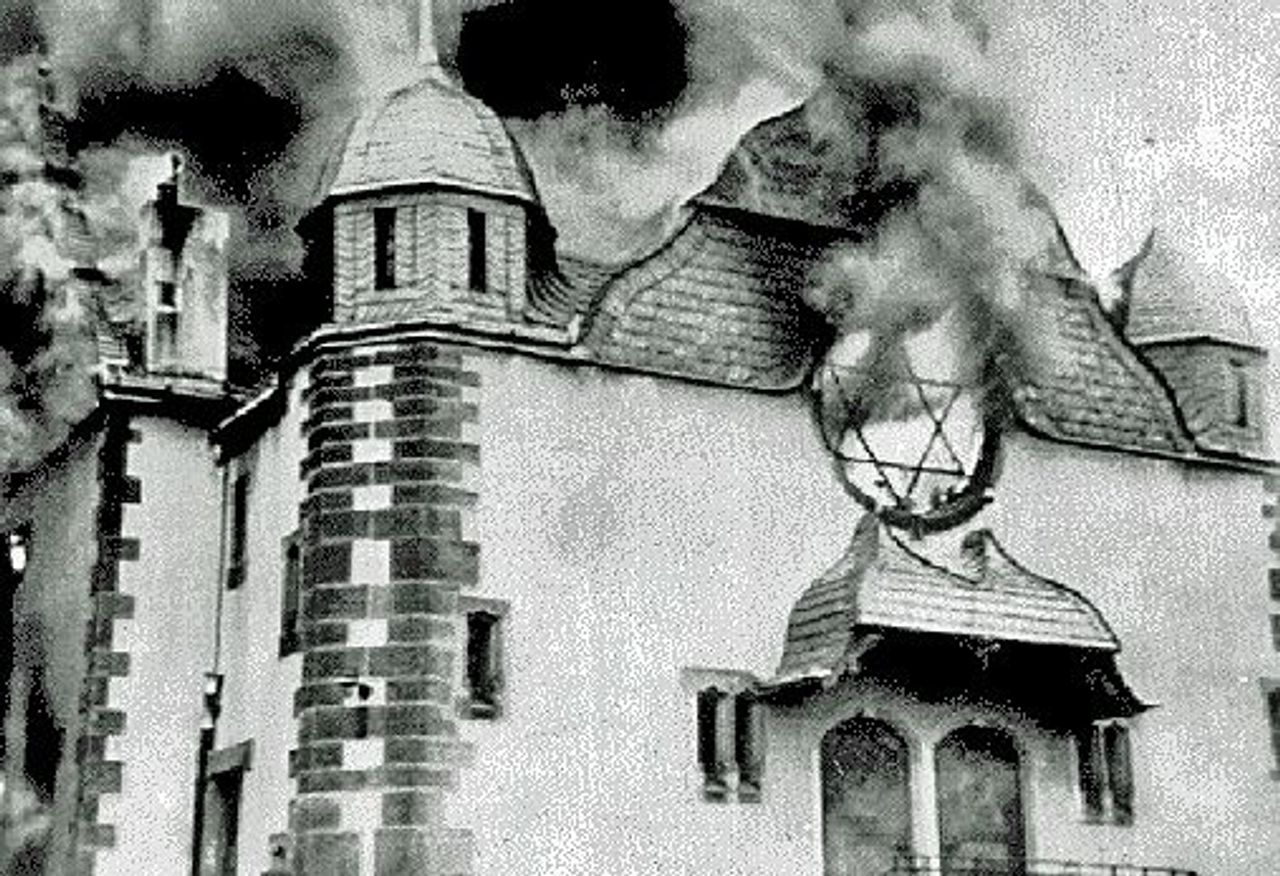 Kristallnacht was prepared well in advance by the Nazis. Overnight virtually all of Germany’s 1,400 synagogues were burnt to the ground and 7,000 Jewish shops and businesses destroyed. Jews, regardless of age and sex, were beaten up and dozens were killed. Following the pogrom, the German government ordered Jews to pay a collective fine of $400,000,000 ($7 billion today), banned them from all economic activity and rounded up Jewish men for transport to the concentration camps.

Kristallnacht was the prelude to the most terrible atrocity of the 20th century—the extermination of six million Jews in the Holocaust, around two-thirds of the Jewish population of Europe. The cold-blooded murder of ethnic Poles, Soviet citizens and prisoners of war, homosexuals and socialist and communist political opponents brought the death toll to some 17 million.

Chamberlain’s response to Kristallnacht was merely to relax temporarily Britain’s rigid immigration rules. The government would not fund the rescue, adults would be denied visas and the few lucky children allowed into Britain had to be sponsored and relocated to the colonies as soon as possible.

The Kindertransport exhibition reveals the horrors of the 1930s through the personal memories of six Jewish children—Ann, Bea, Bernd, Bob, Elsa and Ruth—all now over 80 years old.

In four short films—Life Before, Goodbyes, New Beginnings, Memory and Legacy—the six eyewitnesses provide unique and moving insight into the persecution Hitler unleashed as soon as he came to power in 1933, the heartbreak of leaving their parents for the Kindertransport—most never to be reunited—and how they fared in Britain. Their testimony is invaluable because most of the archives about their lives in Germany and Britain were destroyed during and after the war.

Bob Kirk explains how he was forced to study Hitler’s Mein Kampf in school, with children “only allowed to sit at the back of the class, keeps our mouths shut and not participate in lessons.” 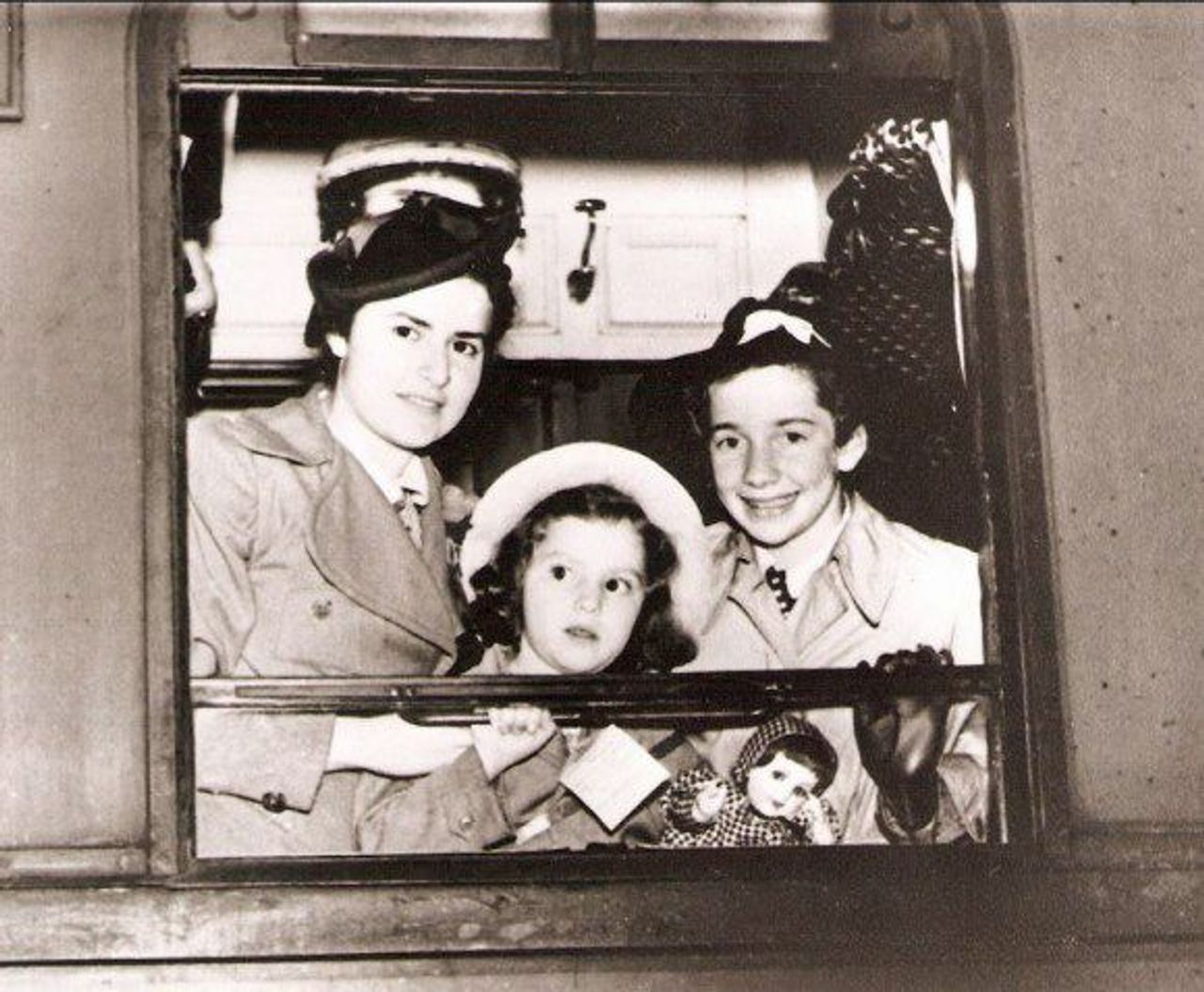 Bea Green recalls spotting blood on her father’s suit after he was beaten up by Nazis and forced to walk barefoot through the streets of Munich, holding a placard saying, “I’m a Jew and I shall never again complain to the police.” Many years later she was amazed to find a picture of his humiliation on that day. 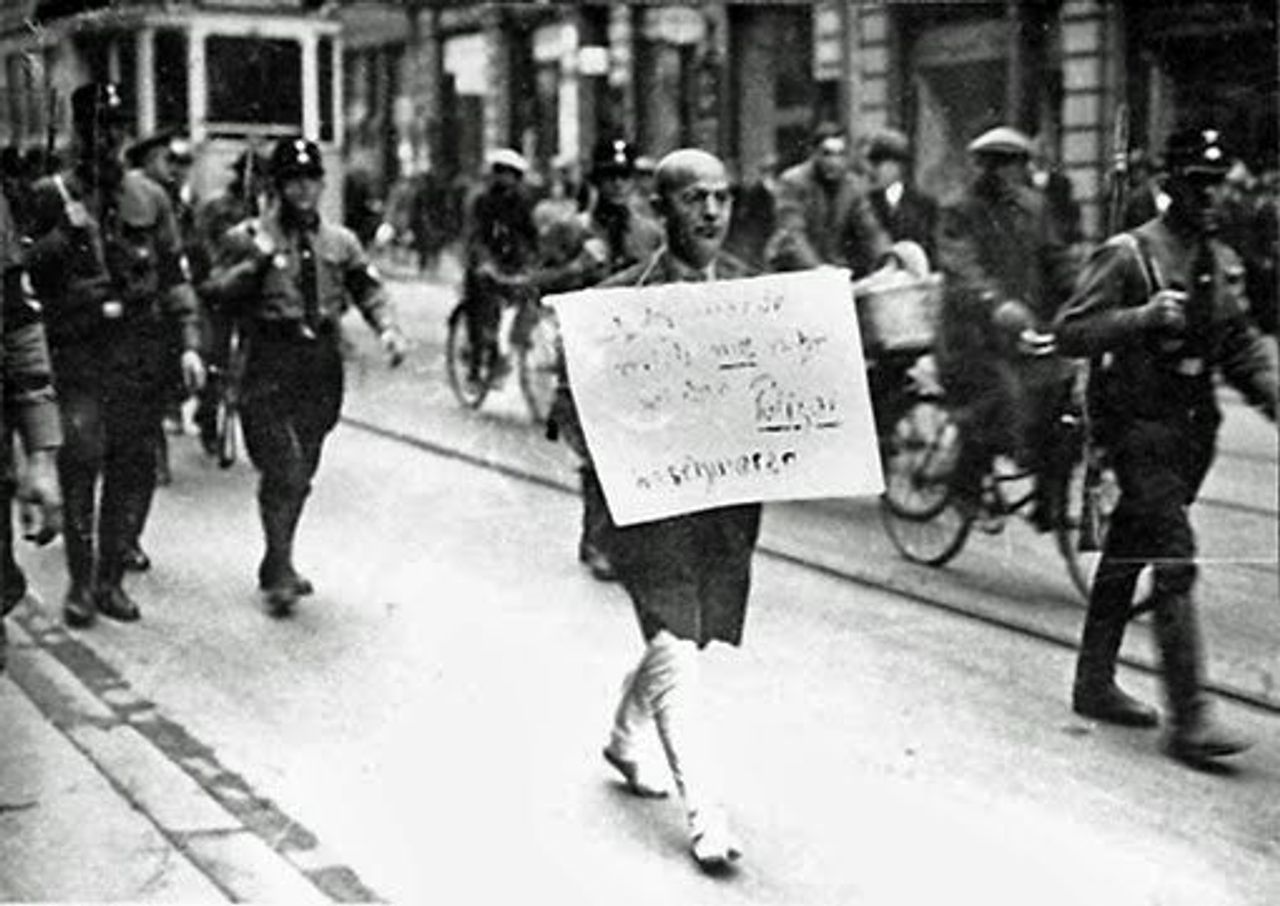 Ann Kirk tells of her journey to the Kindertransport departure station. She recounts how “Mum and Dad sat opposite me, looking at me, as if they couldn’t take their eyes off me. Dad who was normally a great joker tried to make jokes, not terribly successfully. And when we got to the station, there were hordes of parents and children all crying. We kept up a pretence. ‘Oh what an adventure you’re going on, Hannele’… And then a whistle went for the final goodbye. Mum and Dad hugged and kissed me. And then they whispered to me to look out the window at the next station but one and I did. There were my parents on the platform waving to me as if their hands would drop off. That was the very last time I ever saw them.” 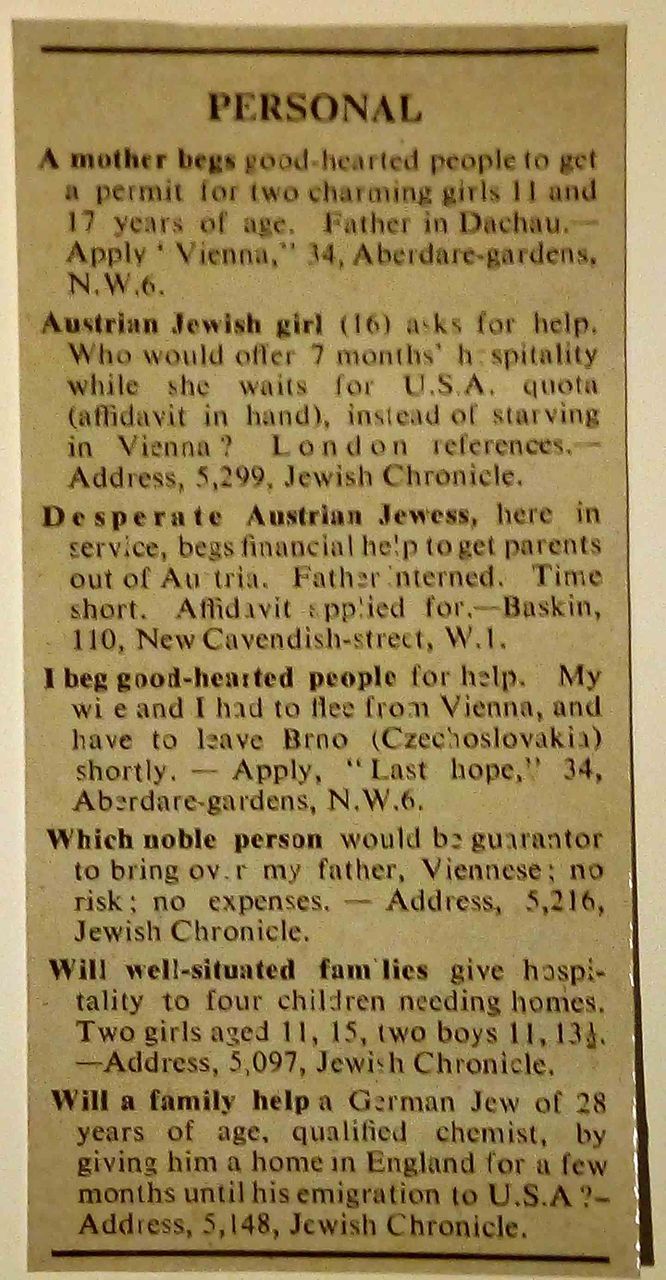 On display is a small cutting from the Jewish Chronicle with adverts pleading for help. “A mother begs good-hearted people to get a permit for two charming girls 11 and 17 years of age. Father in Dachau”, says one. “Desperate Austrian Jewess, here in service, begs financial help to get parents out of Austria. Father interned. Time short”, says another.

The last section of the exhibition, Memory and Legacy, raises the issue whether more could have been done to help the Jewish population. Co-curator Kathrin Pieren told me, “If you listen to the memories, yes, it makes you think the parents could have come. Or more children could have come if more money was available. It’s a very important question.

“The government reaction is problematic. We say that the government gave permission for the Kinder to come to Britain but it was the British people and organisations that organised the rescue action. And it was amazing what they achieved.” 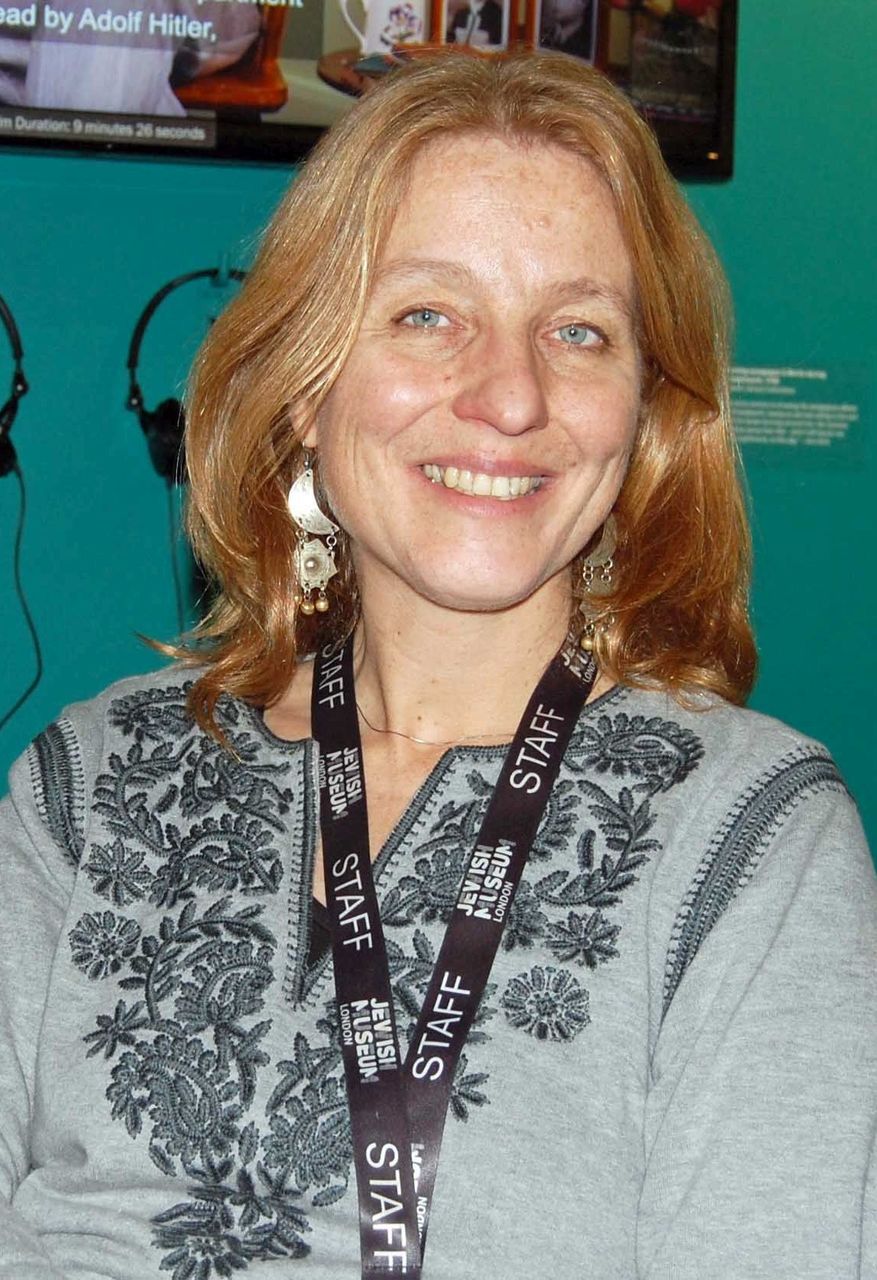 “It is a myth about the Kindertransport. We are trying to get people to think about it. We are not just telling about the glorious bits.”

Kathrin explained that the Jewish Museum helped organise a “1938 in Retrospect” seminar, during which History Professor Jennifer Craig-Norton examined the “distortions and mythologies” of the Kindertransport. British Home Secretary Sir Samuel Hoare “saved the children but doomed the parents”, Craig-Norton declared. Allowing parents to come to the UK was “not even considered”, she added.

The Kindertransport has been promoted as Britain benevolently and selflessly opening its doors to young helpless Jewish refugees grateful for their rescue from Hitler’s Final Solution for the extermination of Europe’s Jews. But the episode has assumed an iconic status precisely because it was a rare display of humanity forced upon the British government. 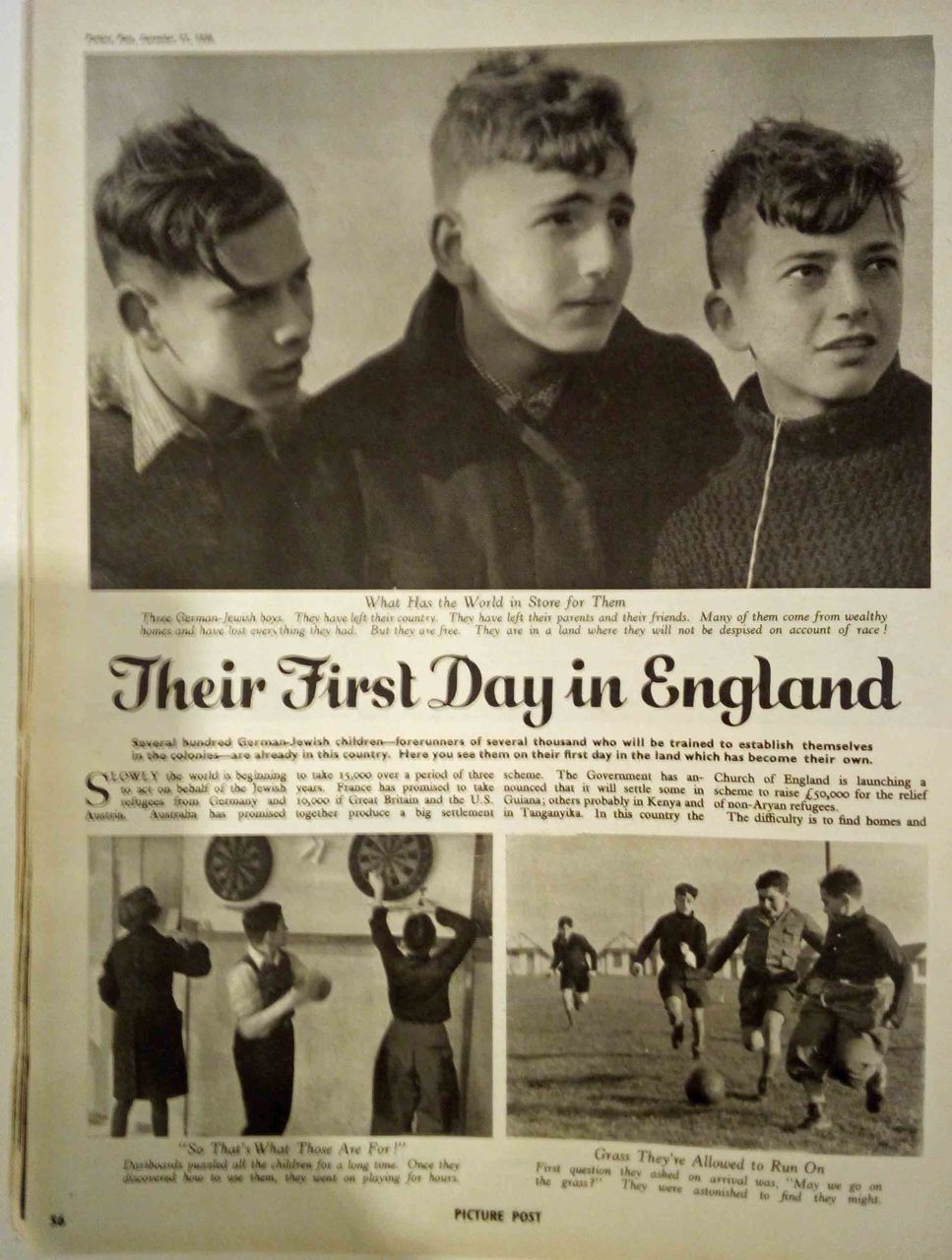 The truth is that Hitler’s rise to power articulated the visceral fear and hatred of not only the German but the entire European bourgeoisie toward the October 1917 Russian Revolution, which became a beacon for millions of workers and youth internationally, and the threat of social revolution across the continent.

While in 1933—when Hitler was made chancellor of Germany—the Final Solution was some years away, the Nazi leader had already announced his intention to “exterminate” communists and Jews in numerous pamphlets and speeches over more than a decade. Within a year, the Nazis had engineered the burning of the Reichstag (German Parliament), introduced emergency powers to outlaw political opposition and consolidate the fascist dictatorship and imprisoned socialists, communists and trade unionists—the Dachau concentration camp opened in March 1933.

There was considerable sympathy for Nazi Germany within the ruling elite in Britain. The country had been shaken by a general strike in 1926 that raised the spectre of revolution and the Wall Street Crash of 1929, which gave way to the Great Depression and a minority Labour government followed by a deeply unstable National Government in 1931. King Edward VIII, who was later obliged to abdicate, welcomed Hitler’s accession to power, declaring, “It is the only thing to do. We will have to come to it, as we are in great danger from communists too.” He sought to position himself as the figurehead for a Vichy-type government involving Oswald Mosley’s British Union of Fascists. 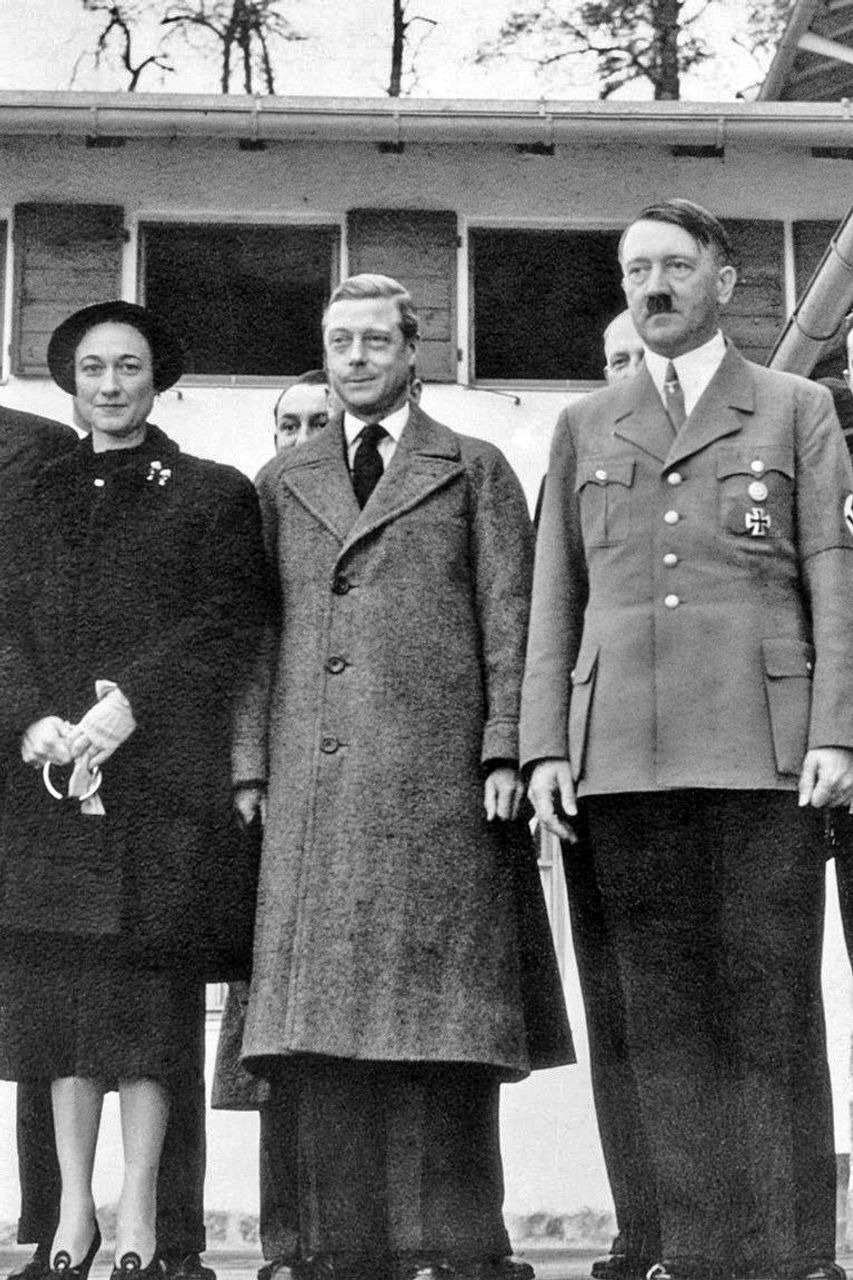 After Germany annexed Austria in March 1938, the Western powers restricted Jewish immigration. The British government took the unprecedented step of requiring visas for German and Austrian citizens. In the US, most Jewish visa applicants were unsuccessful. Some 900 Jewish refugees who had sailed from Hamburg, Germany, on the MS. St. Louis, a German ocean liner, in 1939, were denied permission to land in the US and forced to return to Europe—254 are known to have died in the Holocaust.

In July 1938, the Evian Conference in France was held with delegates from 32 countries and representatives of many international relief organizations. It was convened by US President Franklin Roosevelt to placate the public outcry created by the Nazi suppression of the Jews without actually increasing the quota for Jewish migration to the US. The only country that offered to take substantially more Jewish refugees was the tiny Caribbean state of the Dominican Republic. An Intergovernmental Committee on Refugees was stillborn, receiving little support from state signatories.

During the second half of 1941, even as reports of the mass murder perpetrated by the Nazis were published in the West, the US placed even stricter limits on immigration. At the Bermuda Conference of the Allies in April 1943, no concrete proposals for rescue were put forward.

Since the war officially began in 2011, when Syria’s population was 21 million, hundreds of thousands have been killed and close to six million have fled the country. Thousands have died attempting to cross the Mediterranean Sea to Europe, whose governments have responded by bolstering their “Fortress Europe” policy of razor-wire border fences and gunboat patrols.

Of even more relevance are the warnings made by the surviving Kinder about the rise of fascism today. Elsa Shamash says, “I feel very strongly about the [far-right German party] Alternative für Deutschland and where the real Nazis are getting the upper hand again in Hungary, Poland and Austria.” Across Europe the same active support or indifference is being shown as in the 1930s. Others are trivialising Hitler’s crimes in order to pave the way for his rehabilitation.

In Hugh Trevor-Roper’s Hitler’s Table Talk 1941-1944: His Private Conversations, Hitler’s diaries are peppered with phrases such as “the first thing, above all, is to get rid of the Jew”, “if they refuse to go voluntarily, I see no other solution but extermination” and “Where the Jews are concerned, I’m devoid of all sense of pity.”

Yet the Berlin Humboldt University historian who has emerged as a political figurehead for the new right, Jörg Baberowski, declares, “Hitler was no psychopath, and he wasn’t vicious. He did not want people to talk about the extermination of the Jews at his table”, and is supported and defended by the university authorities, many professors and the overwhelming majority of the German media.

They have all rained down lies and slanders on the Socialist Equality Party (SGP) and the International Youth and Students for Social Equality (IYSSE) in Germany who have led the campaign to expose Baberowski. The SGP and IYSSE have explained how the trivialization of Hitler’s crimes is closely linked to the resurgence of German great power politics and militarism, which find increasing support not only in traditionally conservative, but also in formerly liberal academic circles. To revive a policy of war and militarism, Germany’s ruling class is attempting to whitewash the historic crimes that made the Kindertransport necessary.