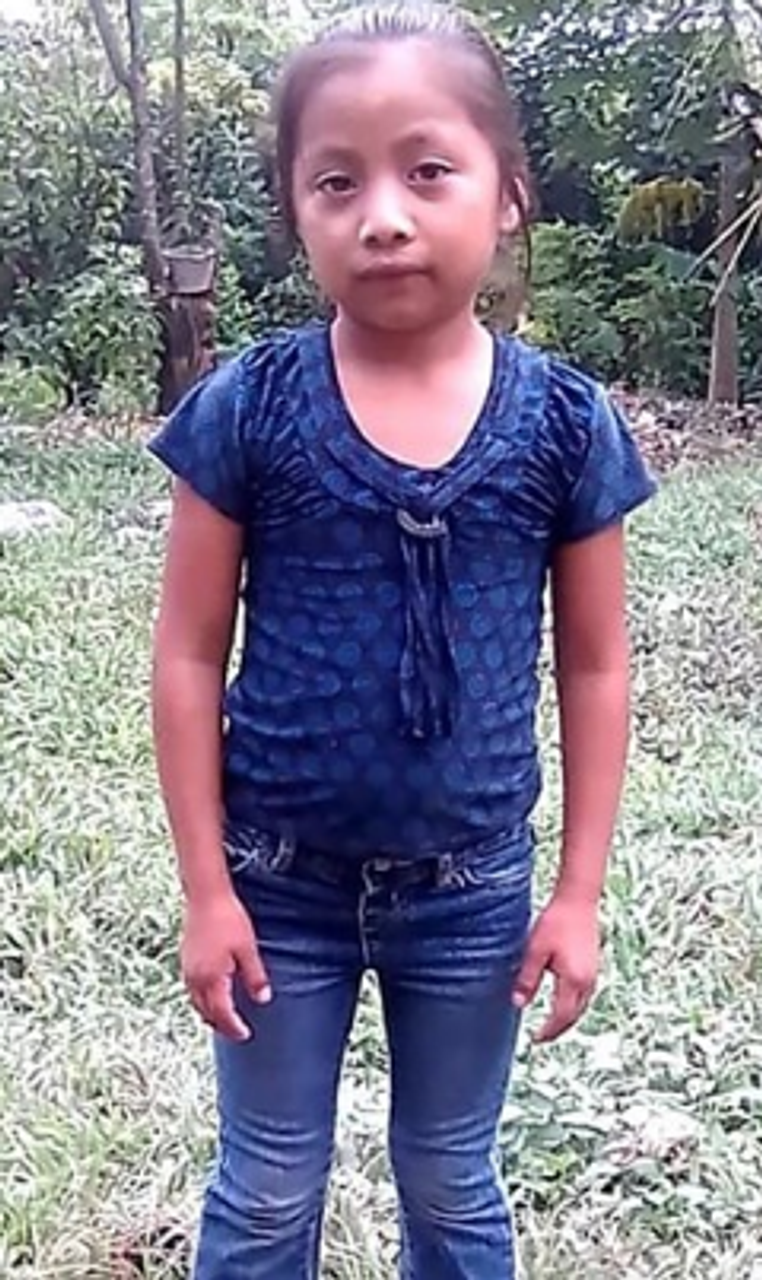 The death of Jackeline Caal: A seven-year-old victim of Trump’s war on immigrants

Seven-year-old Jackeline Caal died in the custody of the US Customs and Border Protection (CBP) last week, the agency admitted Thursday. The child’s death was a direct consequence of the savage repression of immigrants by the Trump administration, which has intensified to the point where such deaths cannot be considered accidents. They are the inevitable and deliberate result of policies chosen to maximize the suffering and privation for refugees seeking asylum in the United States.

Caal and her father were part of a group of more than 160 Guatemalan immigrants who crossed the US-Mexico border on the night of December 6, seeking sanctuary from rampant violence and oppression in their home country. They turned themselves in to immigration officials at the port-of-entry in Antelope Wells, New Mexico.

Caal’s father Nery told the CBP that she was ill and vomiting, but there were no medical personnel at the location. The detained immigrants were packed into two buses and taken on a 90-minute drive north, ending at a CBP facility in Lordsburg, New Mexico.

Once in Lordsburg, according to the DHS, agents separated Caal from her father on the pretext that he did not have documents proving they were related. This is part of the deliberately cruel regime maintained along the border, aimed at intimidating refugees with the threat that their children will be taken away from them and never returned.

After the separation, Caal began having seizures. Local EMT personnel were called and had to revive the child twice when she stopped breathing. They found she had a fever of 105.7 degrees. They had her airlifted to a hospital in El Paso, Texas, about 160 miles away. There she was treated for severe dehydration and lack of food but died in the intensive care unit less than 24 hours later. Her father Nery had been driven to the hospital and was there when she died.

The chain of circumstances here is damning. The refugees were compelled to make the dangerous trek through the Sonora desert because the US government refuses to allow them to apply for asylum at well-traveled border crossings, deliberately stalling their processing for weeks, even months.

The CBP facility at Antelope Wells had no medical personnel and was completely unsuited to receiving refugees in family groups. At a congressional hearing Tuesday, CBP Commissioner Kevin McAleenan testified that the stations were built many years ago to handle border crossers who were unaccompanied men of working age, usually in good physical condition.

In November, however, 25,000 immigrants crossed the US-Mexico border as family groups, he said, including 5,200 children without a guardian. “Our infrastructure is incompatible with this reality”, McAleenan admitted. “Our border patrol stations and ports of entry were built to mostly handle male single adults in custody. Not families or children.”

Once the CBP took the Guatemalan group into custody, they first ignored the father’s concern for his young daughter, then deliberately separated him from her, claiming he lacked proof of parenthood. It was only when the girl stopped breathing that emergency services were called. But it proved to be too late. It is not clear whether the CBP provided either water or food to the refugees after they turned themselves in.

She continued, “What happened here was they were about 90 miles away from where we could process them. They were in such a large crowd that it took our Border Patrol folks a couple of times to get them all.” The DHS secretary concluded by making use of the tragedy to deter future border crossings. “I cannot stress,” she said, “how dangerous this journey is when migrants choose to come here illegally.”

The White House took the same tack, even more crudely. “Does the administration take responsibility for a parent taking a child on a trek through Mexico to get to this country? No”, Deputy Press Secretary Hogan Gidley said Friday morning, also on Fox News.

Neither the DHS secretary nor the White House addressed the undisputed fact that Jackeline Caal died, not in the desert, but in the custody of the DHS.

The CBP and DHS initially refused to release the name of the young victim, describing her only as a “juvenile detainee” in the statement announcing her death. It was only the foreign ministry of Guatemala that supplied the name of the girl and her 29-year-old father, adding that they were from Raxruha, in the Alta Verapaz department of northern Guatemala.

The father is a native speaker of a Mayan Indian language. He has limited fluency in Spanish as a second language, and no English. He was interrogated in Spanish by Border Patrol agents and filled out a health questionnaire in English at their direction.

Moreover, as secretary of state, [Hillary] Clinton was directly responsible for the US-backed military coup in Honduras in 2009, which was a turning point in the upsurge of mass repression and violence that is the driving force for the large-scale northward migration from that country.

The ranking Democrat on the House Judiciary Committee, Jerrold Nadler, wrote on twitter that DHS Secretary Nielsen was to appear before the committee next week, “and we will be demanding immediate answers to this tragedy.” Nadler appeared on several television interview programs Sunday in which he raised the prospect of impeaching Trump over campaign finance violations or the Russia investigation, and said nothing at all about the administration’s persecution of immigrants.

The most emotional statement from a Democrat came from Representative Lucille Roybal-Allard of California, who will head the Appropriations subcommittee for Homeland Security in January. She tweeted that she was “horrified, heartbroken, and infuriated” and declared, “This is yet another example of how the Trump Administration puts NO value on the lives and dignity of our immigrant brothers and sisters.”

Also Friday, the US Immigrations and Customs Enforcement (ICE) announced that they arrested more undocumented immigrants during the fiscal year that ended September 30, 2018, than in any year since 2014. The total was 158,851 people, an 11 percent increase over 2017. ICE arrests of immigrants with no criminal history jumped by nearly one third, to 20,464. “Criminal history” can be as little as a drunk driving arrest or minor drug possession, or a reentry to the United States after being deported once.

Barely three days after the media reported the death of 7-year-old Jakelin Caal—a direct consequence of the savage persecution of refugees and immigrants by the Trump administration—both the Democratic Party and the corporate-controlled media have dropped the subject: here.

GUATEMALAN GIRL’S FAMILY DISPUTES U.S. ACCOUNT The family of a 7-year-old Guatemalan girl who died in U.S. Border Patrol custody is disputing an account from U.S. officials who said she had not been given food or water for days. [AP]